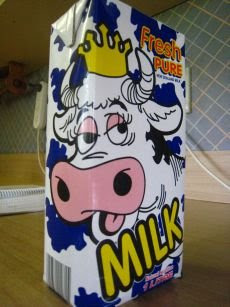 To be fair, other costs of living are a lot lower here. We pay less on rent, and since we don’t own a car (though Brian is trying to convince me that needs to change) we save on insurance and gasoline. There is also a wonderful market three mornings a week where the locals bring fresh produce to sell. You can buy beautiful tomatoes, carrots, lettuce, broccoli, potatoes and even strawberries. Not to mention the fact that you can get things here for cheap that would be very pricey in the States (avocados, pineapples, papaya and passion fruit). The previous occupants of the house we are renting left a garden with pineapples, lettuce, pumpkin, bananas and some herbs. There’s even a lemon tree in the front yard! So really we’re quite fortunate. Our yard man cut a bunch of bananas off of one of our trees last week, and when I say “bunch” I mean a whole stalk with about 100 bananas on it. They all decided to ripen today at the same time, so now I am desperately trying to use them or give them away. Maybe Brian will have to have bananas tomorrow for breakfast instead of corn flakes and milk.
at 3:16 PM

Glad to see the blog. We can get milk here on sale for 2 gallons for $5. Brian could always get you a cow or goat and then milk it every morning before he goes to work:-) mom

We are happy you are blogging. Milk is about the same here as it is in Oregon. We could send you some but they frown on liquids in the mail. Powdered Milk is out too - something about white powder in the mail makes people nervous. Go figure! I like the idea of a goat, then you could make cheese and sell along with your extra bananas! Mom B

Actually, we learned that a family on center keeps cows, and so we've started having 2 liters of fresh whole milk delivered each week. It's cheaper and better. (And we don't have to milk the cow!)

Do you guys eat cereal most days for breakfast or are you changing those eating habits too? I guess in addition to that cow or goat you could get a chicken and have some eggs too!

Hi! I don't know how much your Corn Flakes are costing, but your story reminded me that I have a recipe for a great (relatively simple) granola recipe a woman I lived with in Africa made for her breakfasts. Sweet and hearty. She adjusted it to use local items and it was pretty tasty. And healthy! If you want to give it a try, let me know.

Shannon,
We did make granola to eat while we were living in the village. However by the time you buy all the ingredients here, it ends up being as expensive as buying boxed cereal. But we like granola. Send us the recipe and we'll try it!