A phrase that you hear often in PNG is “traim tasol,” which means, “only trying” (or more freely translated: “it doesn’t hurt to try.”) Someone might come up to you and ask for money, a job, or any number of things, and when you tell them no, they just shrug and say “traim tasol.” Some of my Australian friends say that they have a similar mentality, and will often ask for things that as an American I would feel awkward asking for. (For example, asking that a store would honor an expired coupon. The worst thing that can happen is that they will say “no,” so why not ask?).

So I figured I would give it a go by featuring our post office box in this post. And if you say, “Hold on! This is just a shameless attempt to get people to send mail!” then I will shrug and say, “traim tasol.”

This is our mailbox, : 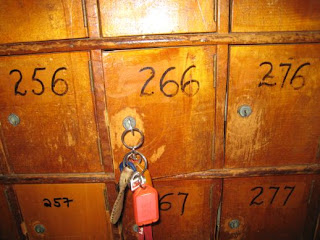 Three days a week an airplane goes down to (the capital) and back, and these are the days when we can expect mail. This is what we hope to see when we open our mailbox: 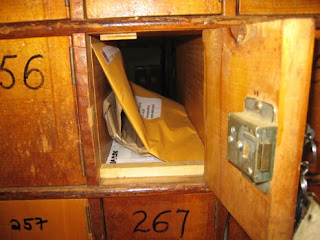 And we get really, really excited when we see this. It means that we have a package: 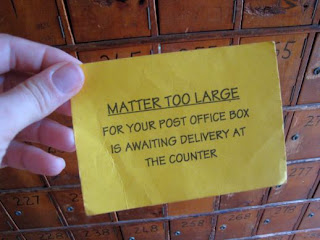 Today I got a package from my friend Janice, which included things like chai tea bags, a new apron, a cooking magazine (my favorite), and a very newsy letter: 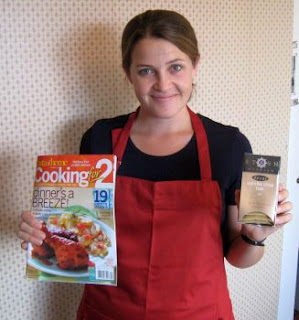 A few of the most useful things we have received in the mail:

- deodorant (they only have roll-on deodorant in this country)

- a rubber boot (this was for Brian, whose feet are too big for us to be able to buy footwear for him here. Apparently the boots are too big to send two in one box. We’re waiting for another package that has the second boot in it!)

A few of the most random things we have received in care packages:

- baby clothes (from some would-be-grandparents… a little hint, maybe?)

Things we got really excited about:

- a CD of photos and videos from home

- Sunday comics, or once a whole month’s worth of the daily comics from the paper

- Magazines (we can always use new reading material)

The simplest little things are very meaningful when you’re far away from home. Are you inspired yet?

Nice to Know our little packages are appreciated. And we love your packages and letters coming home.