When I was taking pictures of the mumu preparations, the people enjoyed it so much that I was taken around to at least 10 different mumu pits and instructed to take photos of all the people holding food in various combinations. Then I would show them the resulting picture on the back of our digital camera. They loved it! And then they would tell me to take more pictures. So now I have waaaaay more pictures of raw meat than I’ll ever need. I thought I’d share with you some of them, since the villagers were really thrilled with the idea that their pictures would go back to , and that the people in would luksave (know by seeing) the kinds of foods that Papua New Guineans eat. So here are a few photos of people holding yams, sweet potatoes, pumpkins, greens, various kinds of raw meat and even pig intestines. Yum!

Oh yes – many people asked about the pigs’ blood tapioca in the last post. Yes, they do cook it, and no, we haven’t tried it yet! 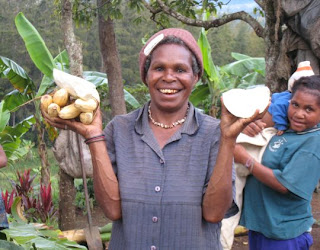 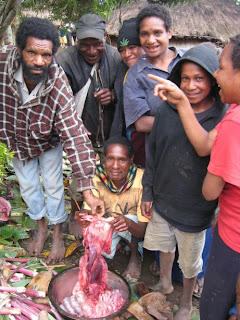 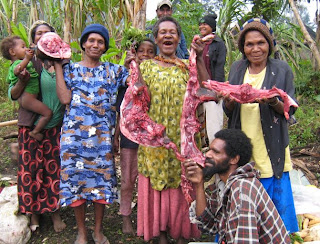 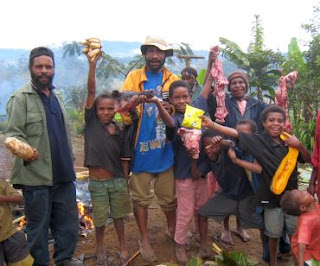 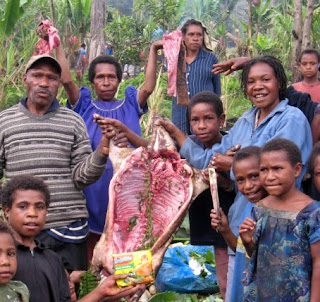