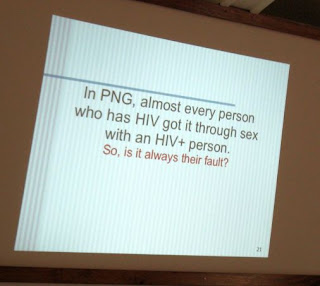 Our second health lesson at STEP was about HIV and AIDS. We spent a whole day learning about the disease and then producing posters and other materials in tok ples to be used in the village. There are a lot of common misconceptions in PNG about HIV, and stigmatization of those affected is a big problem.

Here are a few statistics about HIV in Papua New Guinea:

Here is the poster that Jecobeth did, illustrating the statistic about how the infection rate is expected to increase by 2012: 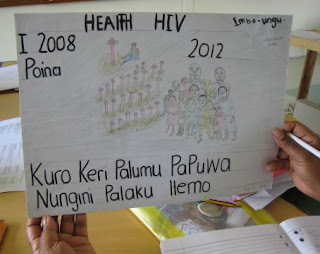 Matthew’s poster reads “Don’t buy AIDS,” warning those who pay for sex that they may be getting more than they bargained for. 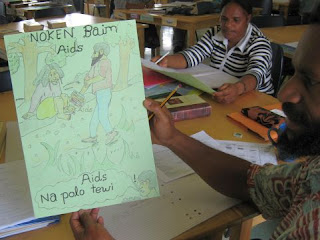