On Monday we drove down to Lae – Brian was on a trip to buy some weed eaters and other supplies for the Industrial Department. Greg and I tagged along, for a chance to get out of town and so that I could do a little shopping of my own. 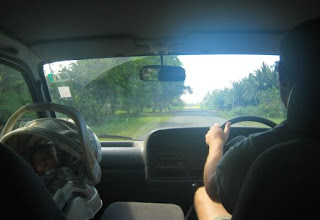 Greg was Brian’s boskru (i.e. he rode “shotgun”. The boskru is the person who rides in the passenger seat on a public bus and takes everyone’s money). Before you freak out about us putting our child in the front seat, let me explain. First of all, we are not in the anymore – there are no rules about children riding in cars. He’s lucky we have a carseat. Second, the van that we were driving only has seatbelts in the front, and it doesn’t have airbags. I decided that it was better that I bounce around in the back seat while he was strapped securely in the front.

At the guest house, Greg got to sleep underneath a mosquito net: 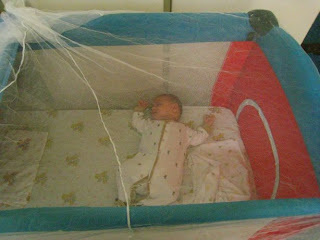 He also got to go swimming for the first time. Here he is, all decked out in his trendy neon-green swim diaper and non-matching clearance rack rash guard. So cool! 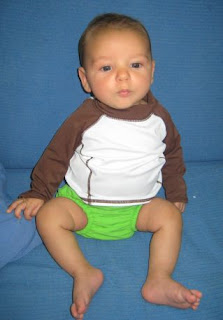 In the pool with dad: 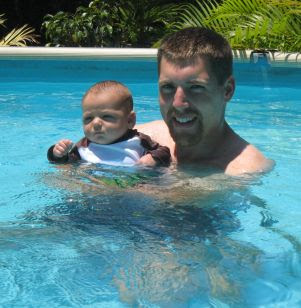 Brian was able to buy all of his supplies (it’s rare that he finds everything on his list) and I got to do my shopping as well. What was on my list? First we went to the grocery store and stocked up on meat, which is cheaper in Lae than in Ukarumpa. My other main goal was to visit Pacific Foam and have some new cushions made. Here is a before picture of our living room sofa – stained and torn. We kept it covered with an old comforter because it really looked rather disgusting, and have dreamed of replacing the cushions for over a year now. 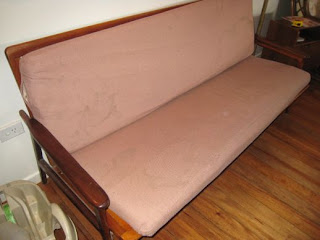 Brian and I had stopped at the furniture store and gazed longingly at the “real” sofas, but then we decided that spending $1,000 on new furniture was silly, when we could spend less than 10% of that to get new cushions made for the furniture that we had. We also brought in the old cushions from the glider chair that someone gave us, and left them at the factory to use as a sample. The next day, we came to pick up our order. They had done an amazing job copying the old chair cushions. We were very pleased. Here is the final product – much more classy, and more comfortable! 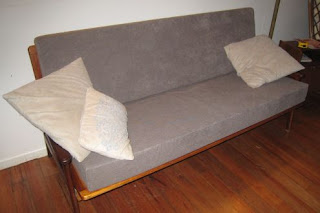 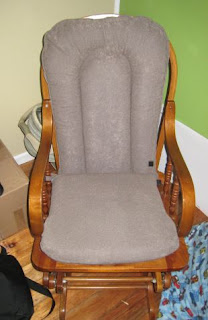 So did he like swimming? Don't understand the rash guard? Is that for sunburn? Also, glad you got the cushions changed, nice!!