Many of you were praying for my week-long adventure as I trekked into the bush of PNG to a little village named Saut with my friend Ryan and two other guys (Mike and Caleb). The whole trip was a success and Ryan was very pleased with the work that was accomplished as we hiked and visited different villages in the language area. Since this was a week-long trip I don’t think one blog post will be enough to cover the events that took place, so I will break it up into several parts and try to let the pictures do most of the story telling.

A little back ground as to why I went on this trip is that Ryan and his wife Crystal are translators for this language group and during their last stay in the village one of the villagers became very aggressive and made threatening comments towards them and their work. Ryan and Crystal normally fly into the village in a helicopter due to its remote location and so this time Ryan wanted to hike in to see how that would go, plus talk with the village leaders about this problem that had come up between them and this one individual. The other two guys and I were going along for moral, spiritual and physical support of Ryan and to help the people see that there are more than just Ryan and Crystal who are involved with their translation program. 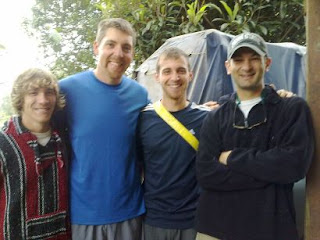 Mike, Me, Ryan and Caleb.

Starting out at a little past 7am we drove our truck from Ukarumpa to Lae where we were to meet a PMV (Public Motor Vehicle) that would take us to Kesengen, the southernmost village in the language group and the last stop on the road. 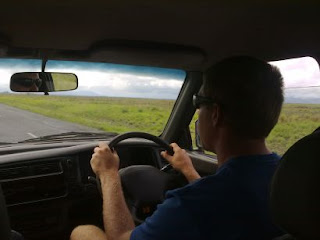 Driving the Markam Valley on the way to Lae. 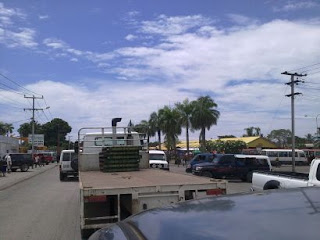 Traveling to Lae provided a little bit of adventure as the back tire on the truck blew out and we had to make a repair on the side of the road. Thankfully I had checked all the tire pressures before leaving so the spare was in good shape and got us the rest of the way to Lae where a new tire could be purchased. 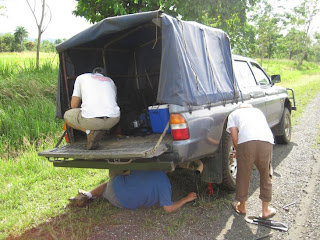 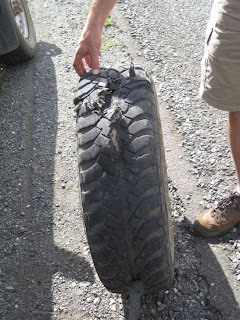 It takes three hours to drive from Ukarumpa to Lae and then it was another 3 hours on the back of the PMV (this one was a flat bed truck with home made benches) to get from Lae to Kesengen. We stopped at several markets along the way and once on the dirt road we stopped a few more times to give the driver a rest along with our back sides. 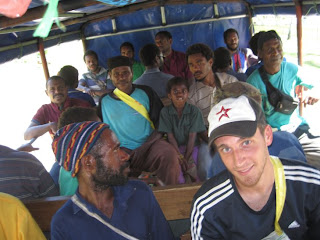 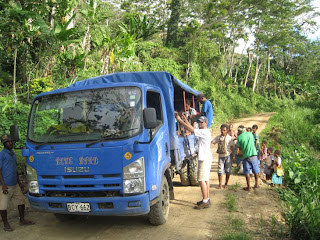 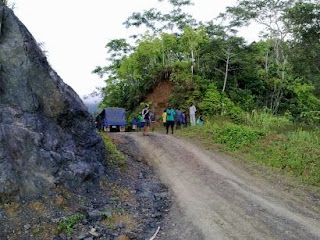 The views along the way were amazing and with such a clear, beautiful day to travel it made them that much more spectacular. 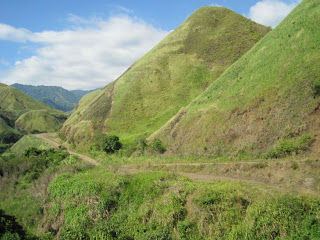 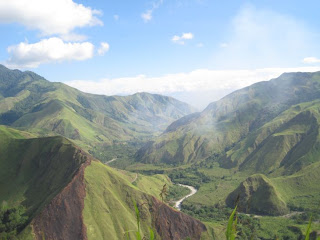 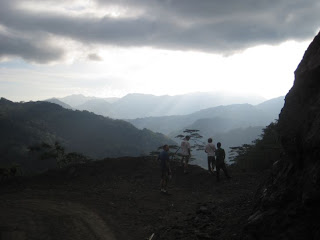 At around 5pm we arrived in Kesengen to a group of people wanting to shake our hands and show us to the house where we would be staying the night. 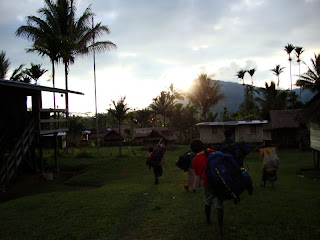 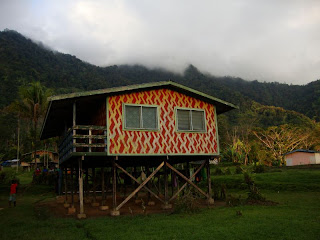 This house was built by Habitat for Humanity about three years ago. This is where we spent our first two nights.

Straight out of Jurassic Park! Look out for those pesty dinosaurs!

Stunning scenery! Thanks for sharing it.