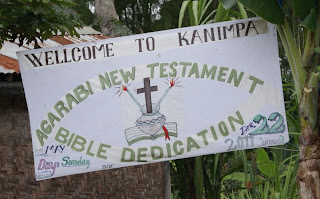 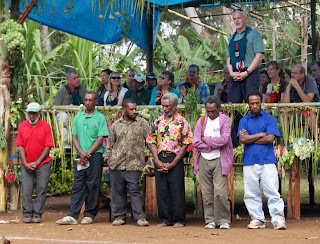 Yesterday we had the privilege to witness the dedication of the New Testament in the Agarabi language. A large number of expats and Papua New Guinean employees from Ukarumpa were there because the Agarabi language group is a close neighbor to us – it was just a 30-minute drive down the road. It has been a long road for the Agarabi. Three different expat translation teams have worked with the people over decades to see this work accomplished, and there were lots of setbacks. But the national translators (pictured above) were dedicated and stuck with it, and now they have the New Testament in their hands. They aren’t stopping here, however. They are committed to continue working on translating the Old Testament. 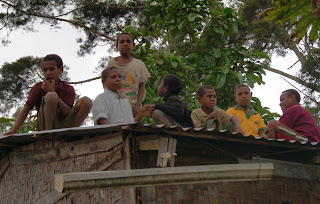 Some boys decided to find seats up on the roof of a nearby house.

As is typical in PNG, the program started an hour late and lasted three hours. There was singing, marching, a drama, and lots of speeches. The drama was very well done, and first showed a bunch of men in ‘traditional’ dress, symbolizing their life before Christianity, when they still followed their traditional beliefs. 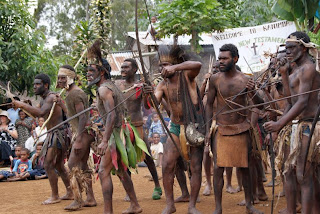 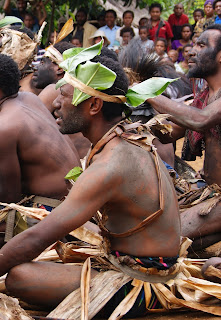 PNGns love drama, especially when there is humor involved. This drama was no exception, and as the son of the current expat translator came in with two “porters”, symbolizing the first time that a white man had come to them, one of the “porters” stole the show by acting goofy. 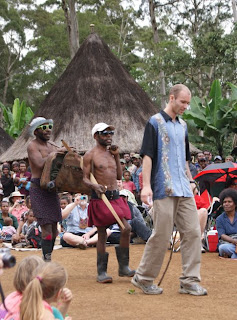 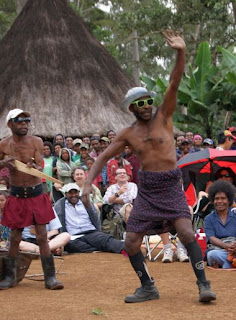 The drama portrayed how the white man brought modern things like salt, axes, and clothes, but how he also brought the Gospel message and began the work of translating God’s Word into their language. That man was an Australian school teacher, who lived among the Agarabi in the 1950’s, when PNG was an Australian colony. Remarkably, he was able to return to PNG to be present at the dedication!

After a few hours of preliminaries, the big moment arrived, and the boxes of New Testaments were carried in. 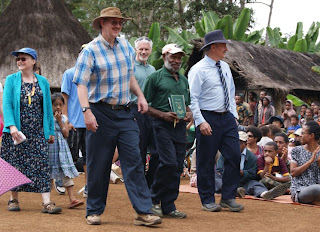 Here is a family photo that we took yesterday. 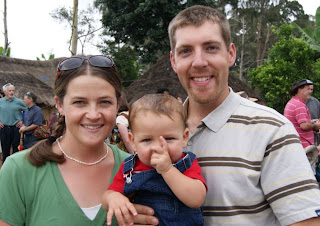 Praise the Lord for this great work! As one of the speakers reminded us yesterday, however, the printing of this book is only the beginning. In order for the lives of the Agarabi people to be changed, they need to read this letter from God and take it to heart. Please pray for that to happen. 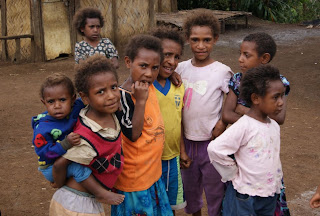