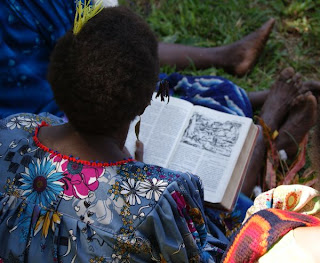 We had to walk a few kilometers down the road to get to the dedication. Typical for PNG, we woke up that morning not knowing when it was supposed to start. We finally reached someone that we knew by cell phone around 9:00, and they told us that things were starting to happen, and we’d better start walking! 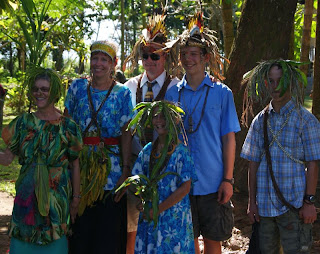 We found a crowd at the side of the road getting ready. They were “decorating” their special guests, including the Wiebe family (the expat translators who have been working with the Bola for years on this project). 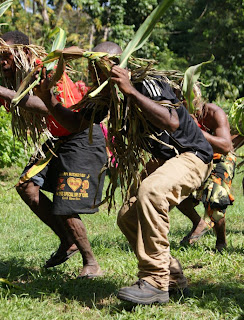 There was a group dancing and singing while people gathered for the procession. 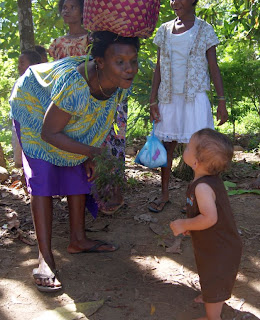 As the only white baby, Greg was pretty popular. 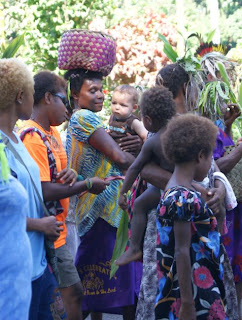 When the procession finally got started, this lady just picked him up and joined the parade. But hey, it freed me up to take photos!

We all marched slowly down the road for a while, led by the dancers. Finally we reached a big open area where a grandstand had been constructed. But first, the procession had to be handed off to two other groups of dancers. 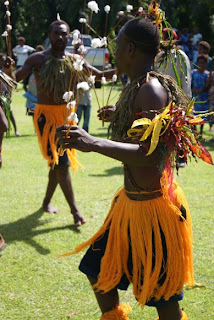 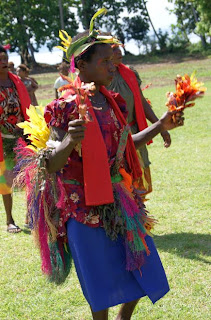 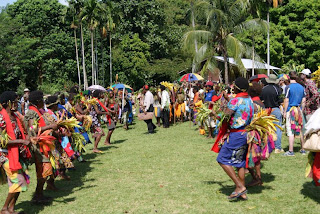 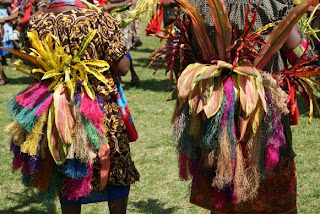 After lots and lots of dancing and singing, the guests were finally seated at the grandstand and the rest of us scrambled to find any shade that we could. It was hot! 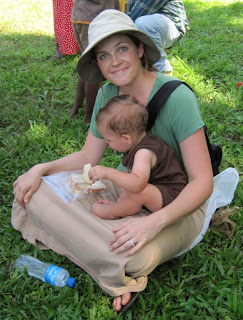 There was a drama that told the story of how God’s Word was first written in Hebrew, and then explained how it traveled around the world and finally reached . And then, of course, there were lots and lots of speeches. 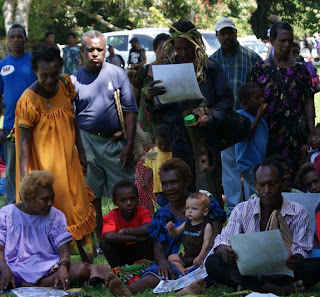 Greg kept getting whisked away to be held by different ladies. He didn’t seem to mind it too much. 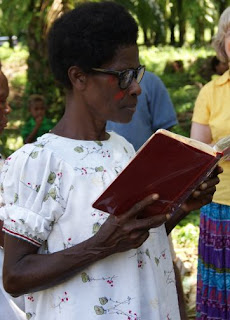 After the ceremony was finished, people could go and buy their own copy of the Bola Bible. They sold a lot of copies, but another hot item was the reading glasses that were being sold along with them. I heard lots of people talking excitedly about the reading glasses, which were selling for only two kina (about 80 cents). 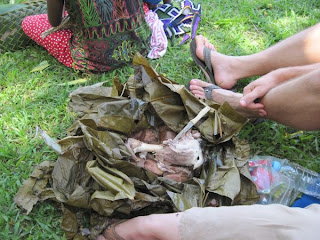 We were given a huge bundle of mumu tapioca and pork meat, which we tasted and then passed on to another group nearby.

It was a great day, but we were happy to be back in our bungalow with ceiling fans and cold water that afternoon!