A month in pictures

It's been a month since our last post.  Sorry... it has been a hectic month.  Now we are less than a week from our return to Papua New Guinea, and I know that once we leave the country I'll never get around to posting photos from the past month.  So here is a random assortment from July: 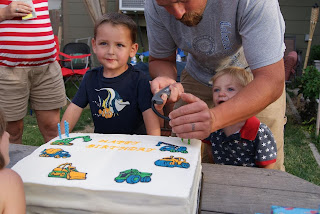 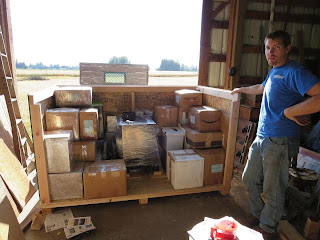 As soon as we got to Oregon, we (meaning Brian) immediately started building a crate to ship back to Papua New Guinea.  Inside are things like 4 years worth of clothes and shoes for the boys, a new printer, bedding for our house in PNG, and a wood stove that someone gave us.  It is now in Los Angeles awaiting shipment and should (hopefully) reach PNG in September. 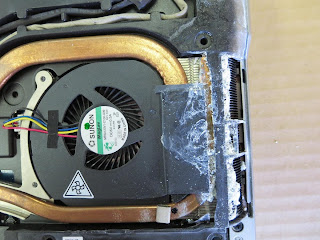 While packing the crate, we realized that there was some funky white stuff coming out of our computer.  Not good.  We sent it back to Dell for repair.  Turns out we needed a new motherboard and keyboard to the tune of $500, because our computer was just few weeks out of warranty.  The hardest part has been being without a computer for nearly two weeks.  There is a whole section of our to-do list that is waiting for the return of the computer, which will, Lord willing, be in our hands some time today. 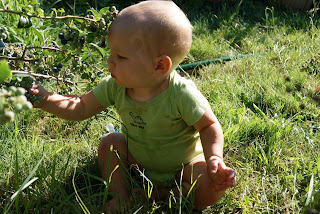 Something I don't have photos of is that we have been speaking at different churches.  Three of our last four Sundays in the US have been scheduled at different churches.  This coming Sunday will be our last speaking engagement of furlough, and I can't say that I'm sorry about that!  Neither Brian nor I mind public speaking, but it does get a little tiring sharing the same stories and answering the same questions over and over.  We will be glad to take a break! 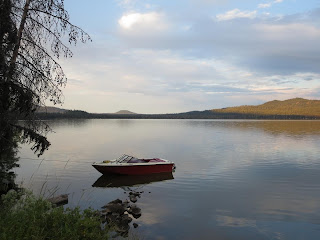 And while we were there we visted Crater Lake - just as beautiful as all the pictures that I've seen!

Earlier this week Brian and I had one last night away from the kids (have to take advantage of those grandparents while we can).  We had dinner with my brother, Ben, who was in Oregon on a work trip, and then stayed at a bed and breakfast in Portland.  The next dat we spent a fun morning at OMSI (Oregon Museum of Science and Industry), which has lots of interactive displays. 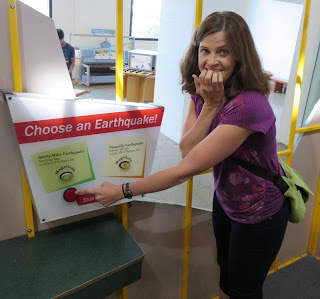 Standing in the earthquake house.  Hmm... feels like home! 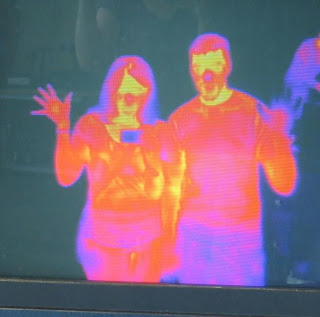 What a hot couple! 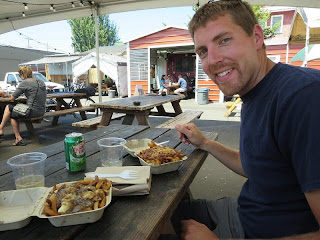 Lunch at Portland food cart that serves only french fries. 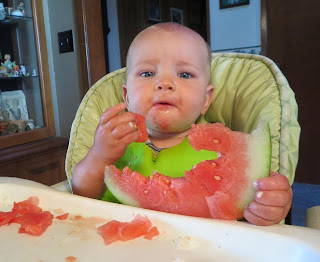 I have lots more photos and lots more stories, but I have to be realistic and just be thankful that I found the time this morning to post these few.  At some point I'll find more time to blog.  Right?