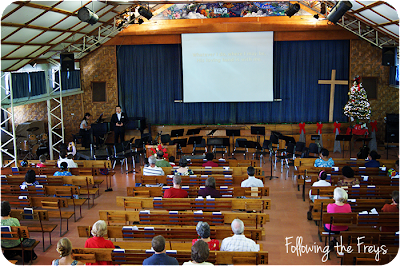 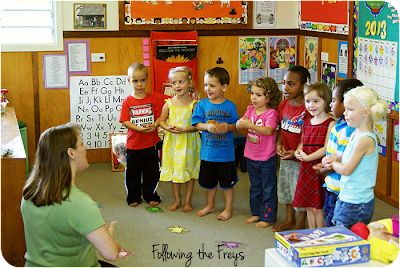 Greg's preschool class had a little end-of-semester party for the parents.  They sang a few songs and showed us around their classroom. 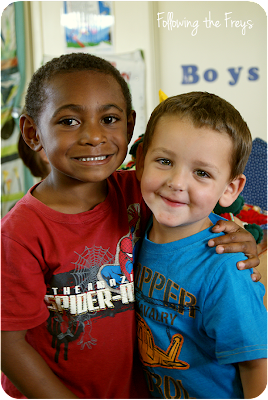 Greg and his best friend from preschool.  (Aiden's mom works in the directors' office with Brian) 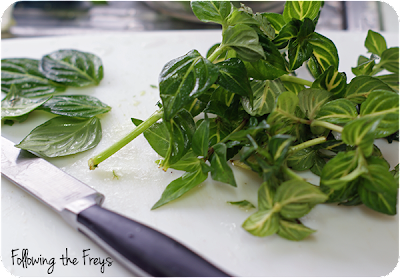 After four years living here, I'm finally learning how to use local greens in ways other than how the locals eat them.  These went into a soup as a substitute for spinach. 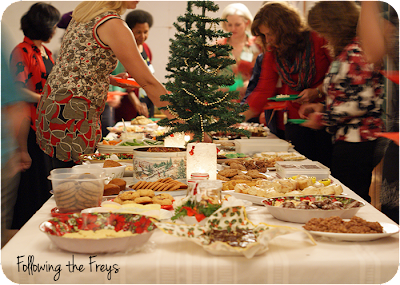 A special Christmas party for the women of the community. 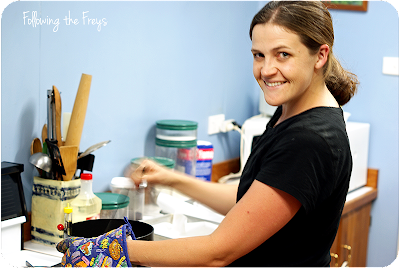 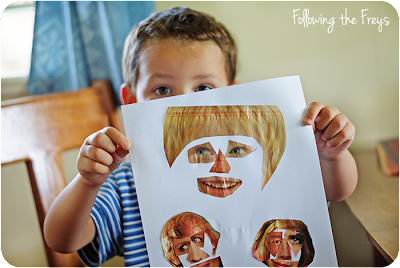 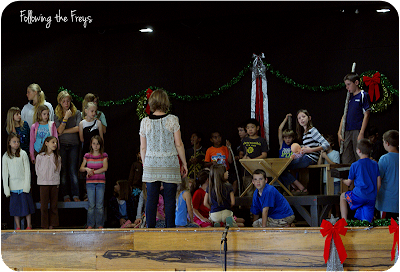 I spent a large part of the week in rehearsals for the Christmas Eve play.  It was written and is being directed by Cathy, who you see in this photo.  She is a very brave person... I have the only adult part in a cast of 46 people ... the rest is all kids with a few teens thrown in. 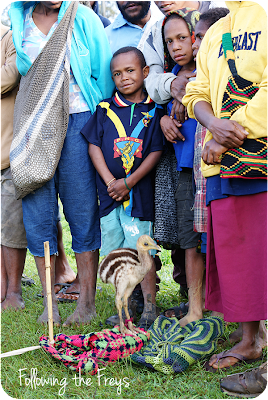 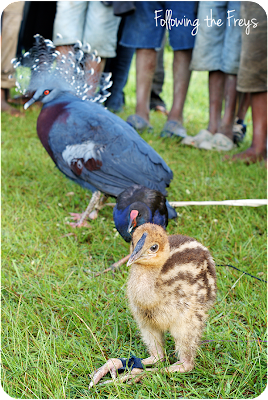 Or, if a cassowary is out of your price range, you could buy the bird in the back for the same price as a chicken.  The locals call it a Guria (the same word used for earthquake, shake, or startle), but it's also knows as Victoria's Crowned Pigeon.  It's the largest pigeon in the world (and I've heard they are pretty tasty).

Hope you all have a Merry Christmas.  Blessings on you and yours!

Thank you for sharing these beautiful pictures of your family. Greg's smile is very adorable, oh and I love the funny faces he has made from the magazine clippings.