I'll be honest - I scrambled this morning with my camera trying to capture a few photos representative of our week.  I didn't have many ready before this morning! 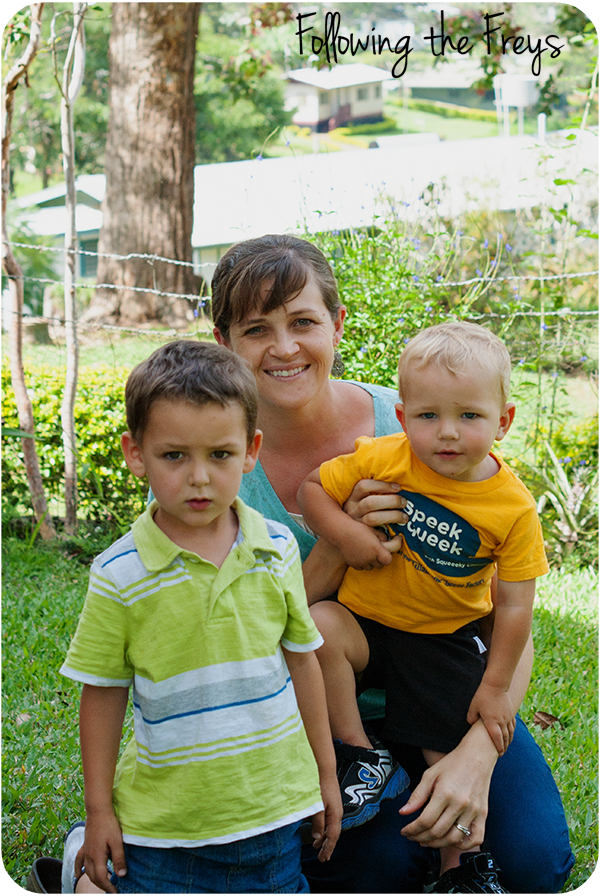 An attempt at a Mother's Day photo.  It was all downhill after this shot. 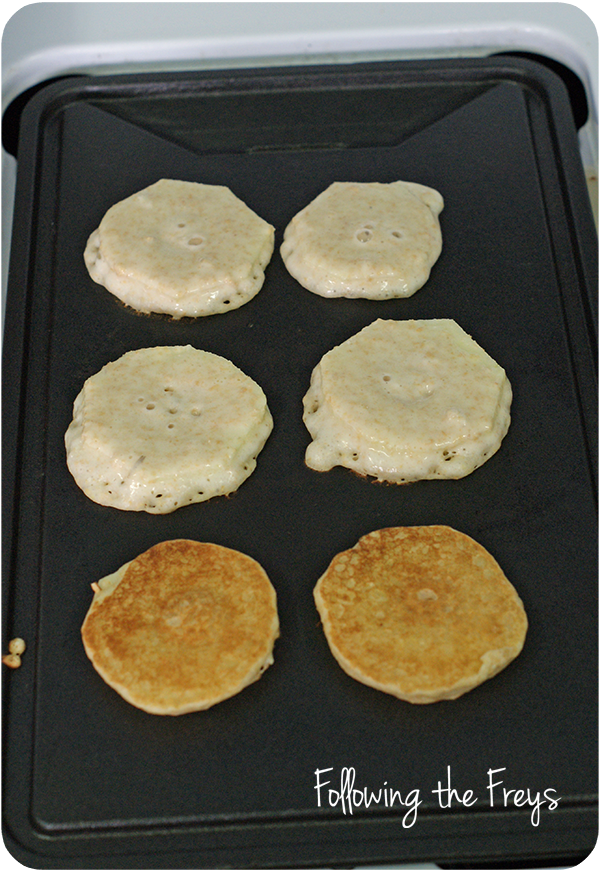 Apple pancakes for breakfast.  I think these are great: thinly sliced apple rings dipped in pancake batter.  Unfortunately, I'm the only one in my family that thinks so.  They all prefer plain pancakes. 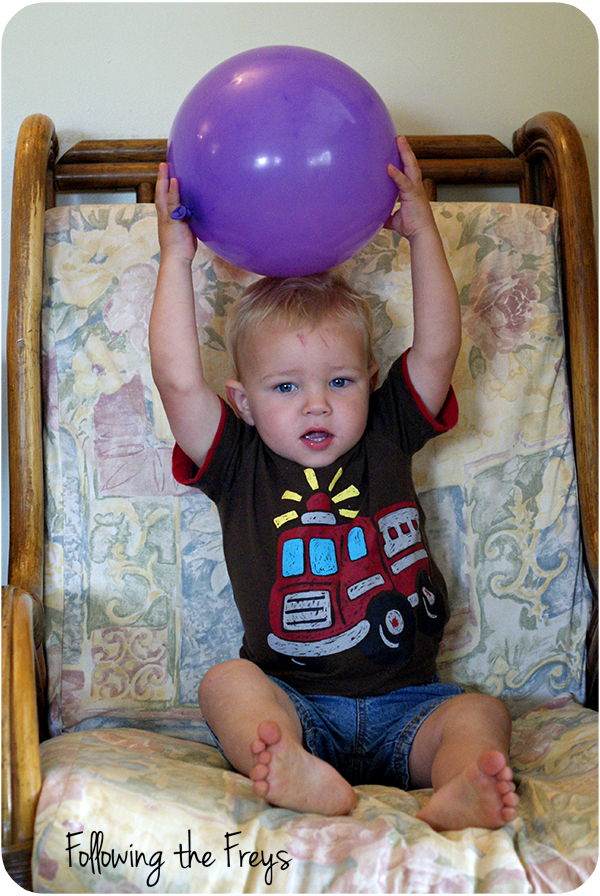 Balloons are big at our house this week. 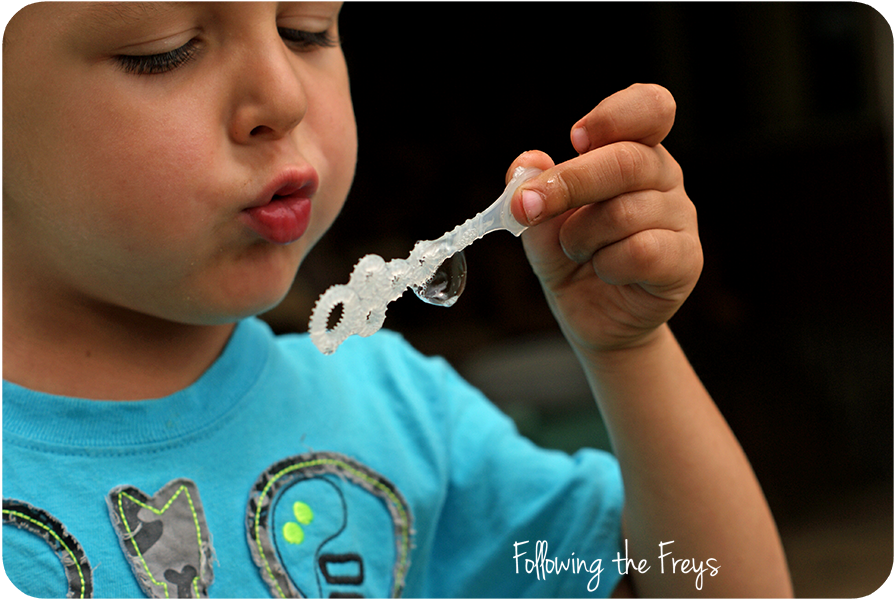 We have yet to master the fine art of bubble blowing. 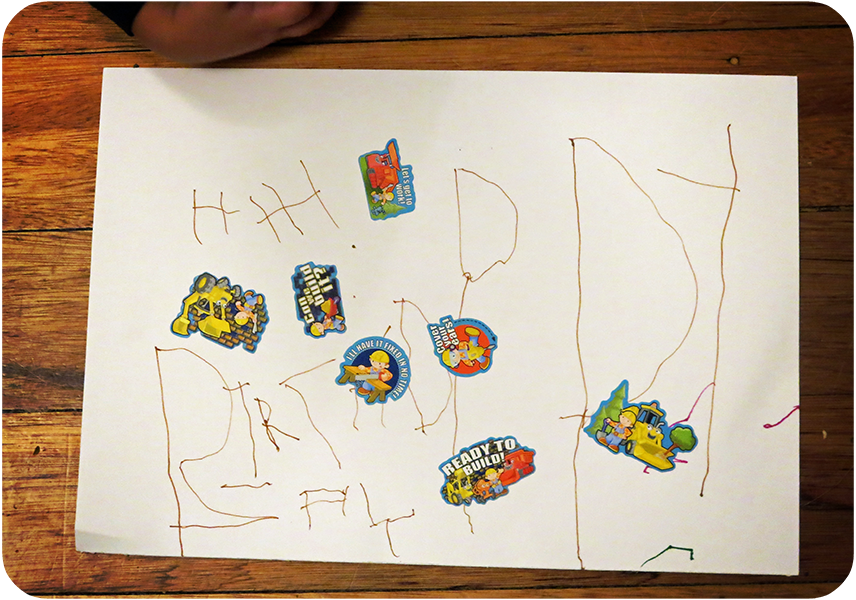 I had to post a photo of this, since it's the very first time that Greg has wanted to try writing something of his own initiative.  It was a birthday card for the twins next door who just celebrated their 16th birthday.  He is a bright kid who has known all his letters since before he was two, but he just has very little interest in writing or drawing.  So I was shocked when he asked to make them a card and insisted on doing the writing himself.  (It says "Happy Birthday" by the way... I'm sure it was obvious...) 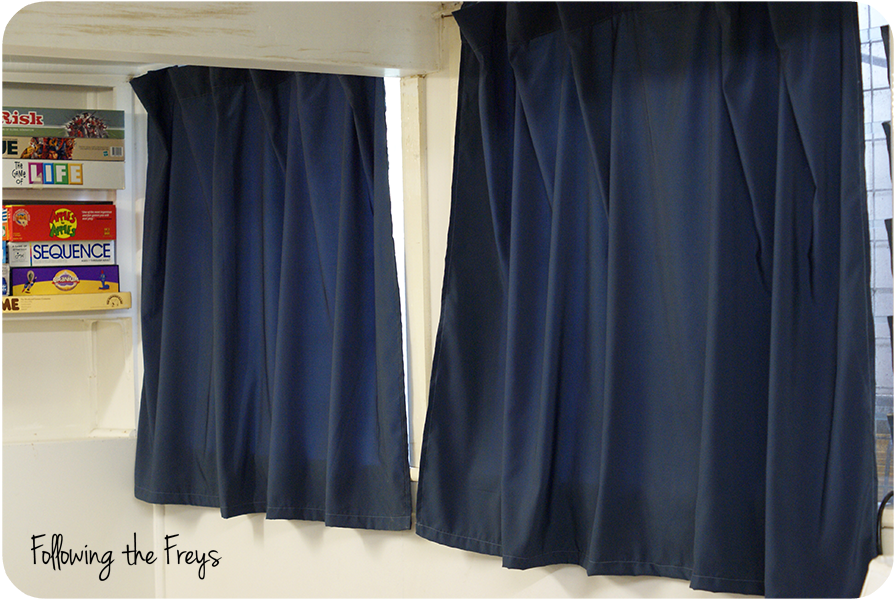 The nesting bug has bitten.  It all started with Operation Clean Out Spare Room to Make Room for Baby.  As the first step, I moved all of our board games down to the basement.  Suddenly I got sidetracked into Operation Fix Up the Basement.  We sold an extra bed that had been stored down there, taking up space.  I mopped floors and scrubbed walls.  I took down the curtains to wash them, and ended up deciding on a whim to sew new curtains!  Whew!  And now I still have to go back to cleaning out that spare room... 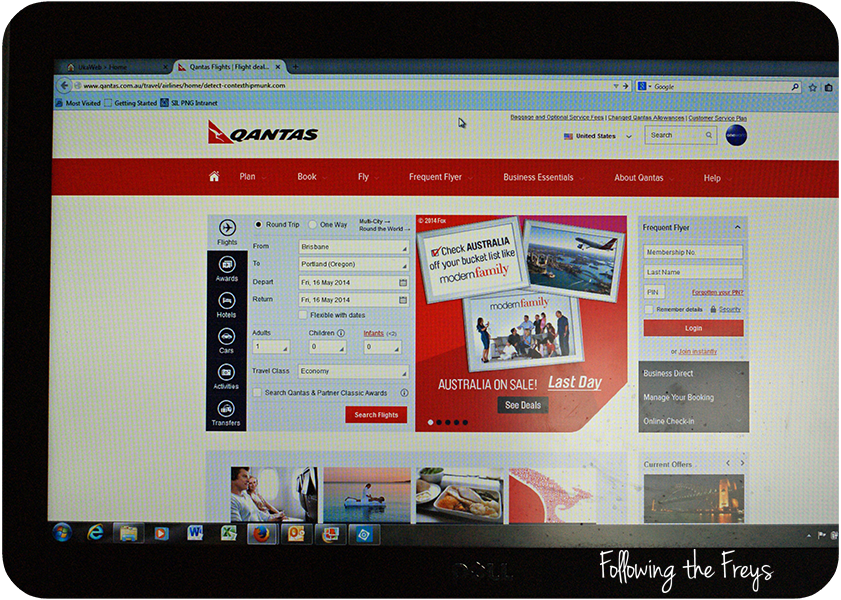 Is there anything more exciting/depressing/exhausting/stressful/marriage-testing than planning major international travel?  We (meaning mostly Brian) have spent a lot of time looking at airfare this week.  We had made the decision to travel back to the U.S. in early October for the birth of baby #3.  Then we heard the wonderful news that my brother is getting married - at the end of September.  It would seem that a few week's difference wouldn't cause much of a problem, but turns out it's the difference of a couple thousand dollars.  Not to mention the fact that we still haven't decided whether to have the baby in Colorado or in Oregon.  We still haven't bought tickets, but it's something very much on our minds.  Now we're toying with the idea of me flying back for the wedding with one of the boys while Brian stays in PNG for a few more weeks with the other.  I am so envious of people who are able to just continue in their own home, in their normal routines, right up until the time that the baby is born.  I'll never know what that is like.  On the other hand, I'm extremely grateful for the chance to spend the holidays with family, to be there for the wedding, and that the boys will have a chance to see both sets of grandparents and their cousins. 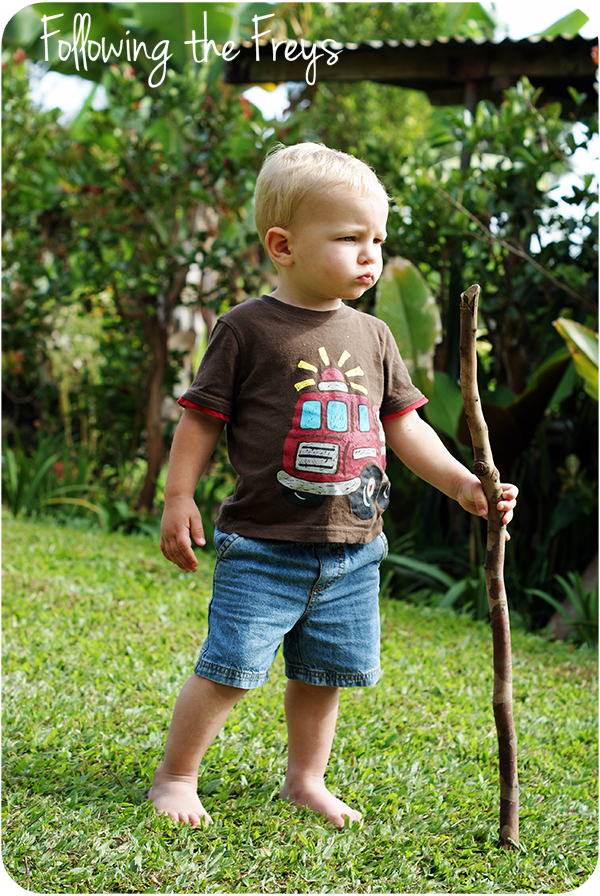 And finally, a photo of Caleb with one of his beloved sticks.  I keep finding sticks in my house that he manages to sneak in from the yard.  He hasn't poked an eye out... yet...
at 10:07 AM