Our week started off with Sports Day at the secondary campus (actually a two-day event). 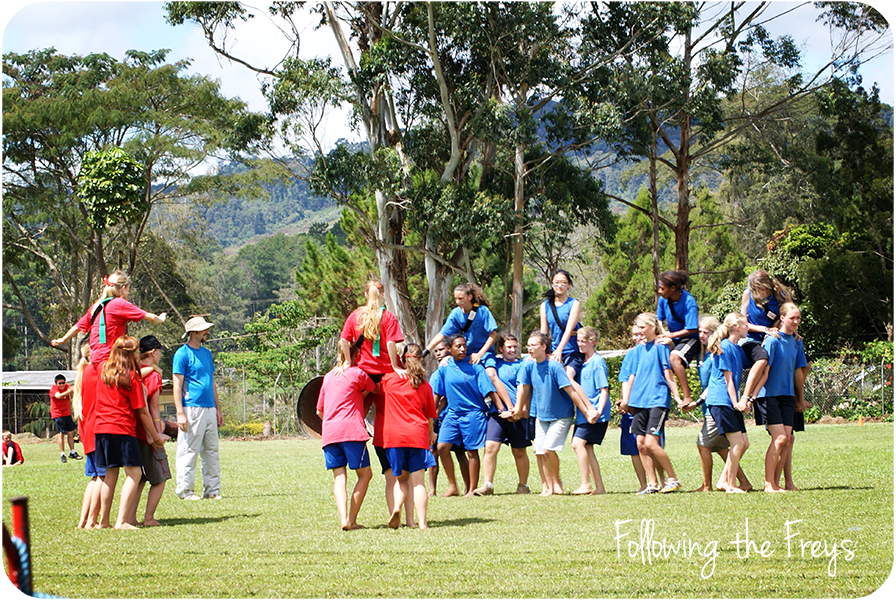 The students are divided in to two "houses," Alpha and Beta.  Your family gets assigned to a house when the kids are old enough to start participating in primary school.  As of now, our family remains unaffiliated, so we won't know for a few more years whether we'll be blue or red.  In addition to traditional track and field type events, the students do things like chariot battles (above) and tug-o-war to earn points for their house. 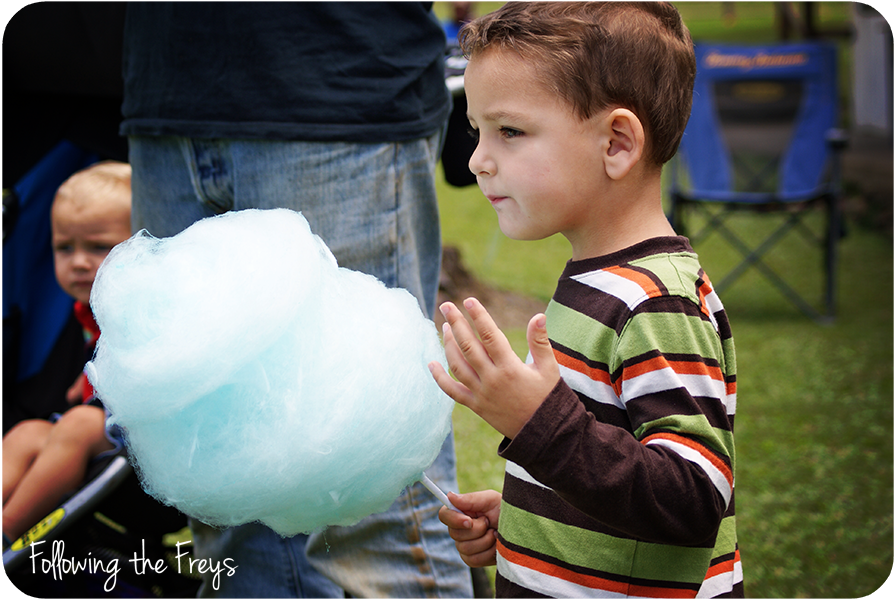 The real reason we come to watch though, is for the cotton candy - available only at special events like this. Actually, Greg really got into watching the races and didn't want to leave when it was Caleb's nap time. 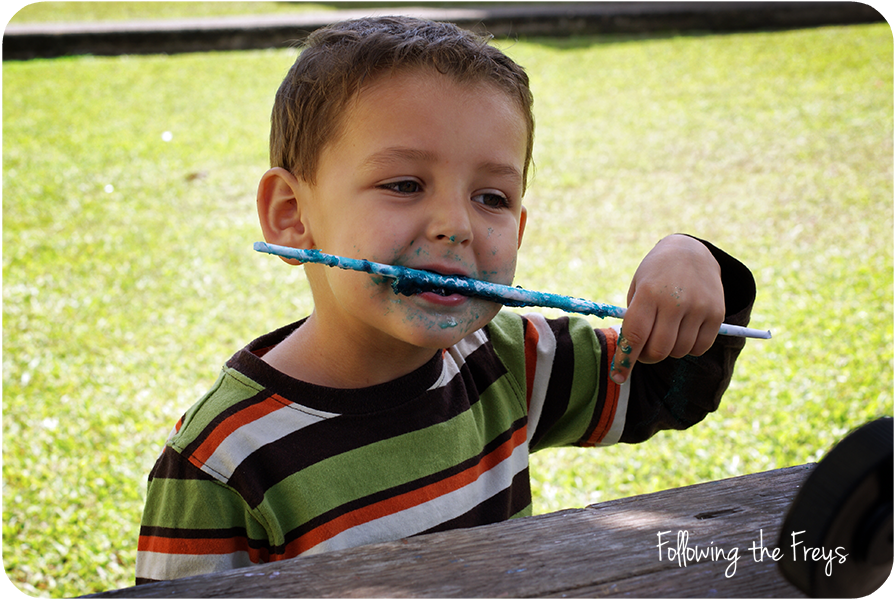 The sticky, sticky aftermath of said cotton candy.  The photo doesn't really show how it got all over his clothes and shoes.  The next day we found his sandal covered in ants because we had forgotten to wash it! 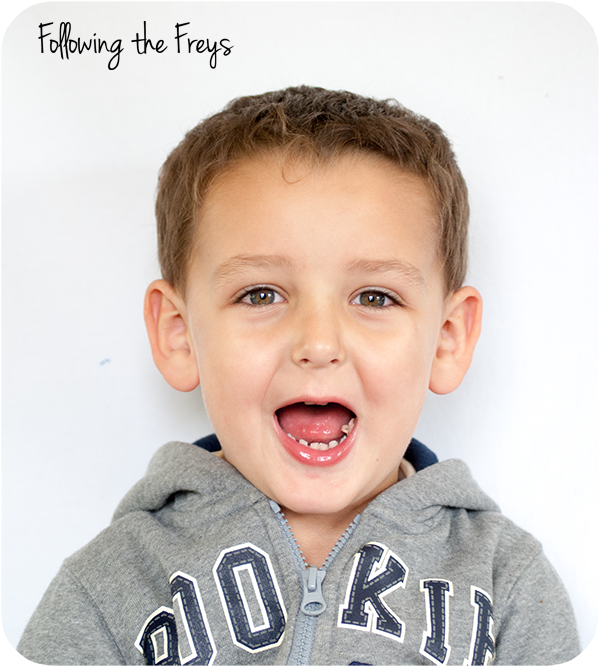 This is an outtake from my attempt at taking passport photos for Greg.  Don't you think the gum in the mouth is a nice touch?!  We are prepping for a visit from the U.S. consular representative next month, so that Greg can be sighted for a new passport.  Although his doesn't expire for another year, we were advised that it might be best to renew it now, before we travel to the U.S. in September. 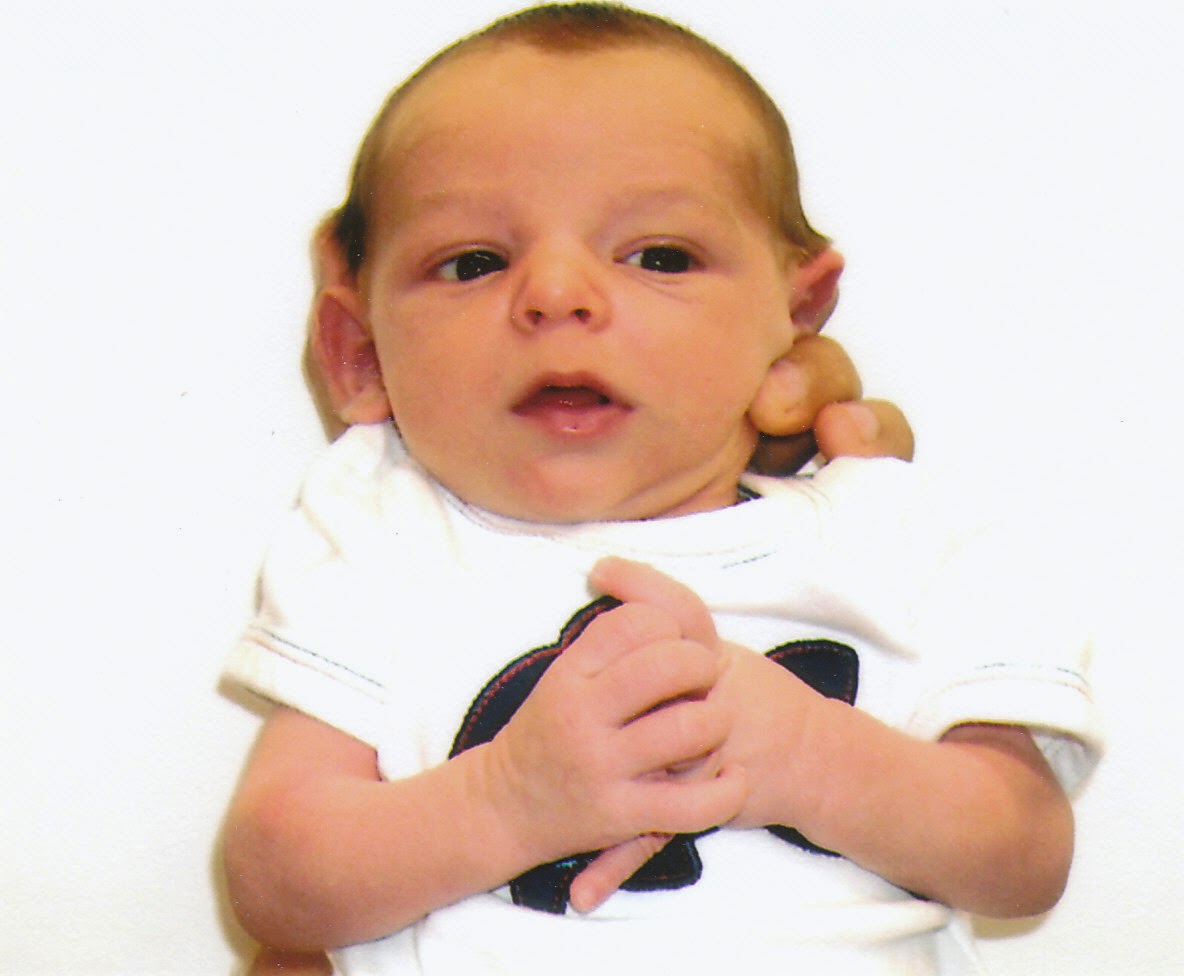 For comparison, here is a passport photo taken when he was just a few days old, though it's not the one that ended up in his actual passport.  (That's another story).  Big change, huh? 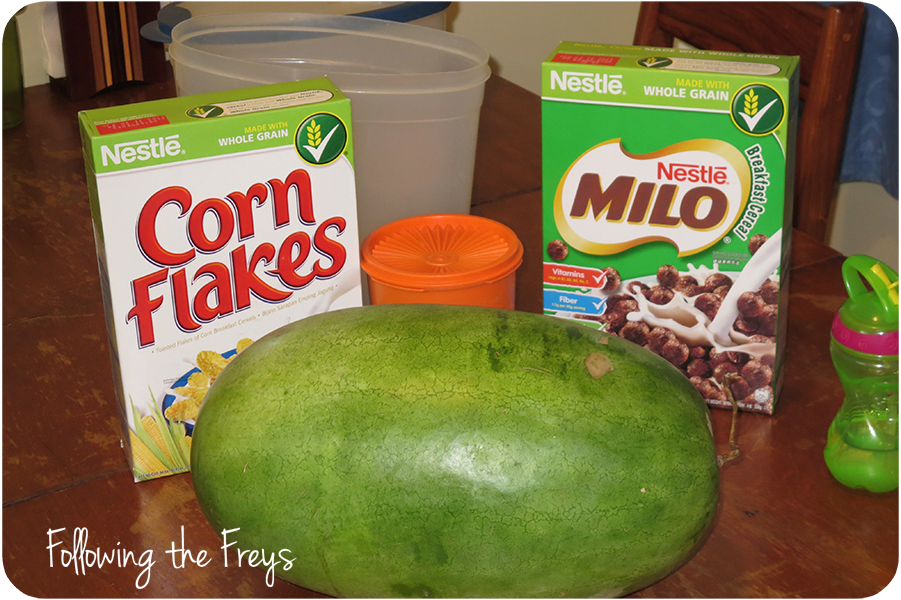 The boys got out of bed one morning determined to have a bad day.  That all changed when they got to the dining room and saw what was on the table.  Dad had come home from a trip to Lae after they were asleep the night before, and he brought a giant watermelon and cereal!  For weeks I have been telling the boys that we can't afford to buy the cereal that is on the shelves in our store, so it was a special treat to have some at last. 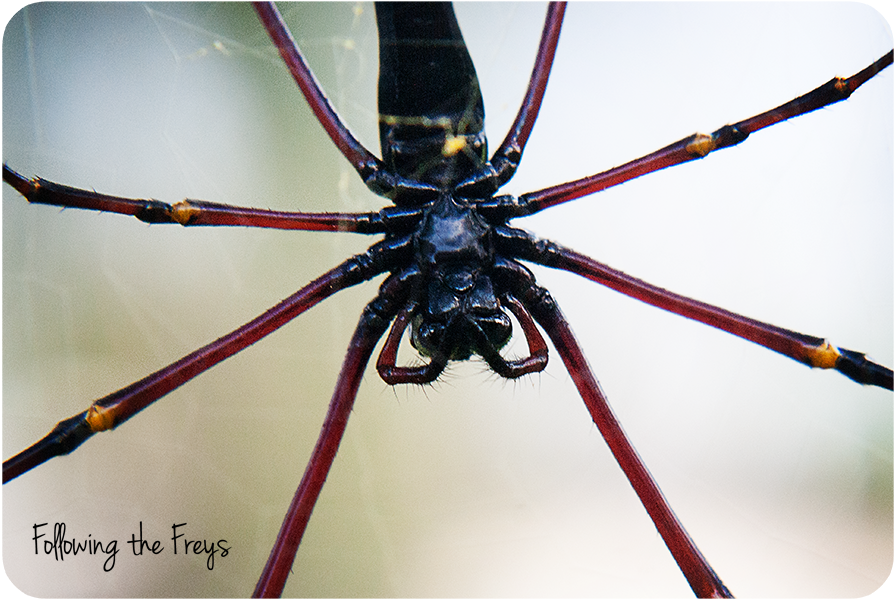 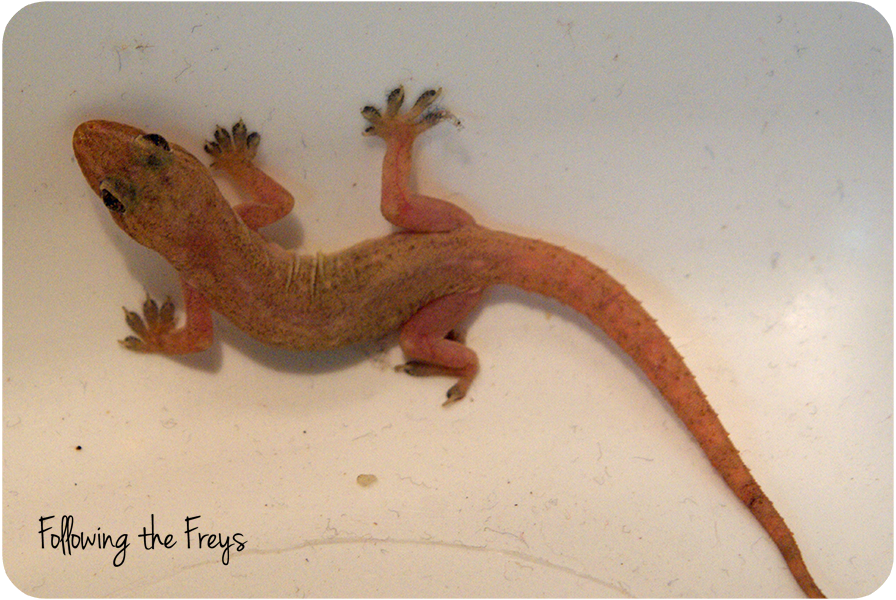 These guys are all over our house.  This one got caught in a bucket and I found him in the morning and released him. 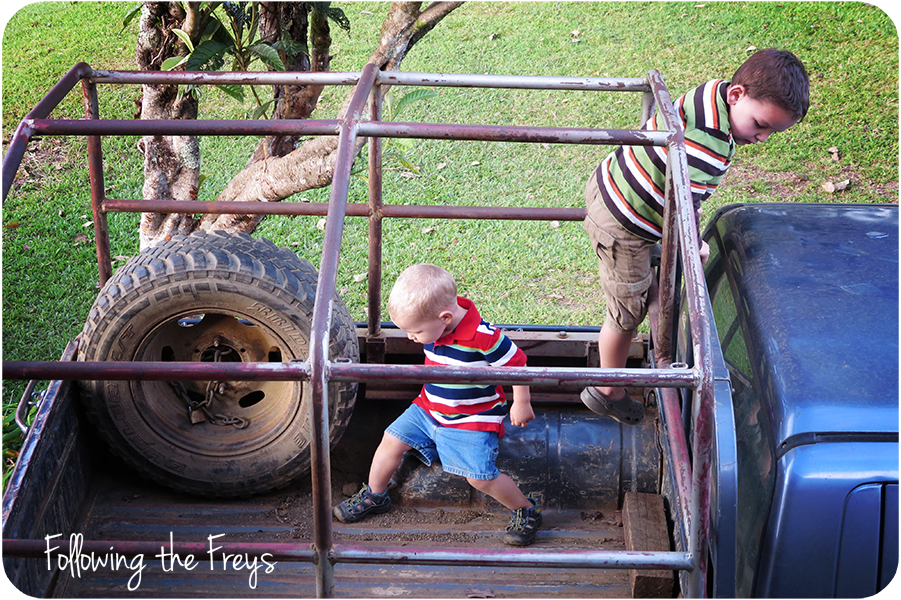 What do you do when you're trying to make dinner and the kids are driving you crazy?  Let them play in the back of the truck.  It's got dirt and rocks and a built-in jungle gym! 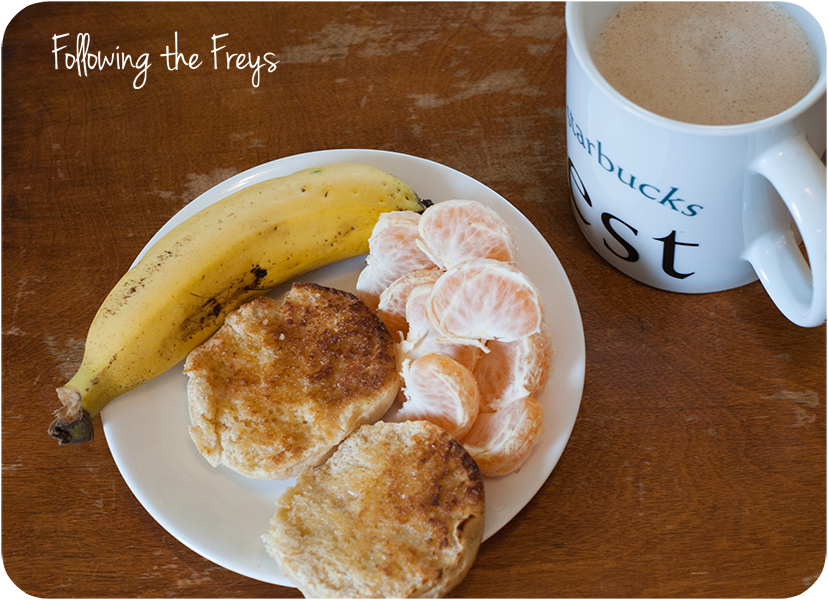 Homemade english muffins for breakfast.  (Thanks for the recipe Crystal, I've made them twice this week because they disappeared so fast!) 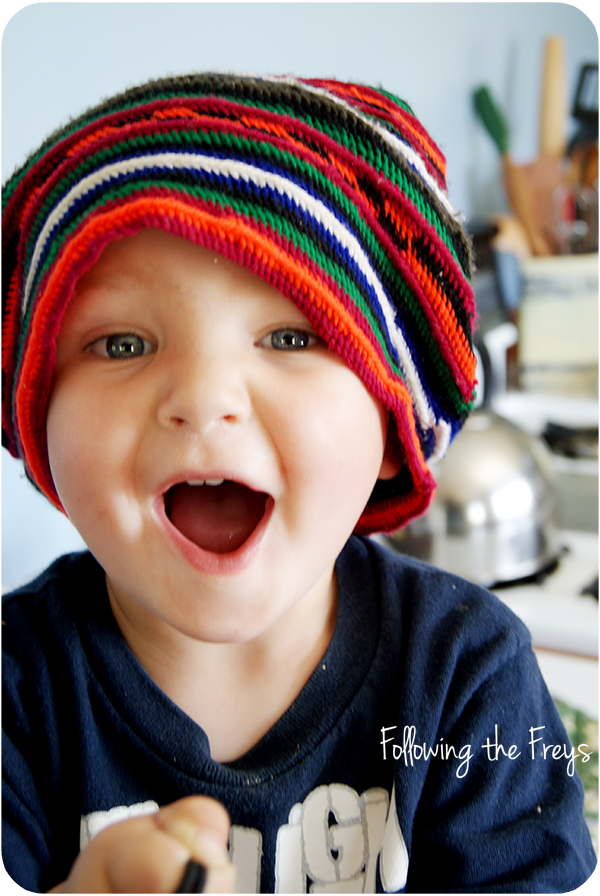 Caleb had a lot of fun playing with this Highlands cap.  (Come to think of it, his expression is very similar to the "passport" photo above...) 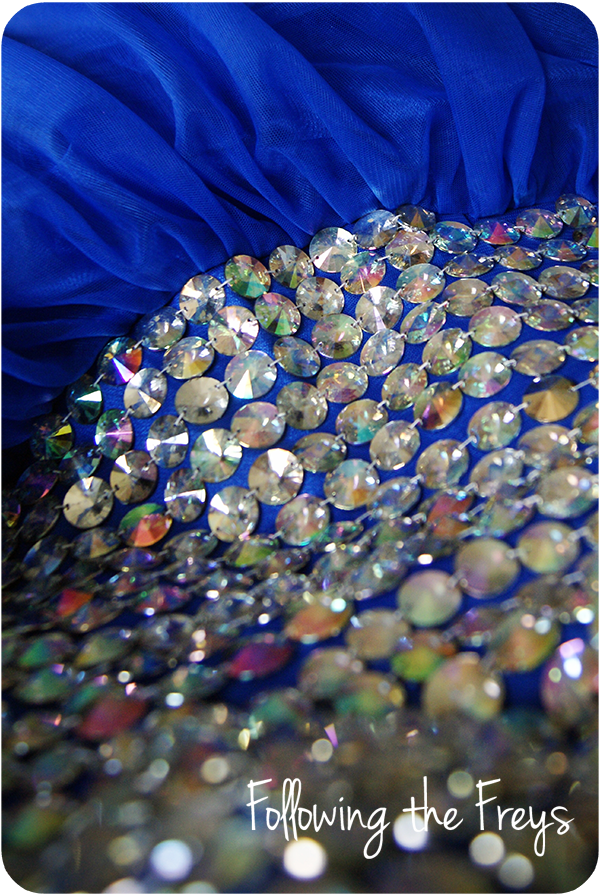 And finally, I did some last-minute alterations on a Banquet dress for one of the 11th grade girls.  Tonight is the much-anticipated 11th and 12th grade Banquet.  The kids dress up in formal attire and enter the Teen Center, which has been transformed this week into a themed wonderland.  The theme is a very closely-guarded secret... no seriously, I can't breathe a word (until next week).  The parents go all-out to put on a lovely dinner and a play, which celebrates each of the kids.  I will actually be there tonight helping out in my own small way, but I can't tell you what I'll be doing or how I'll be dressed because, like I said, it's all very hush-hush.