Yesterday the Ogea people of Madang province dedicated the newly-published New Testament in their language, and Brian and I were privileged to participate in the event. 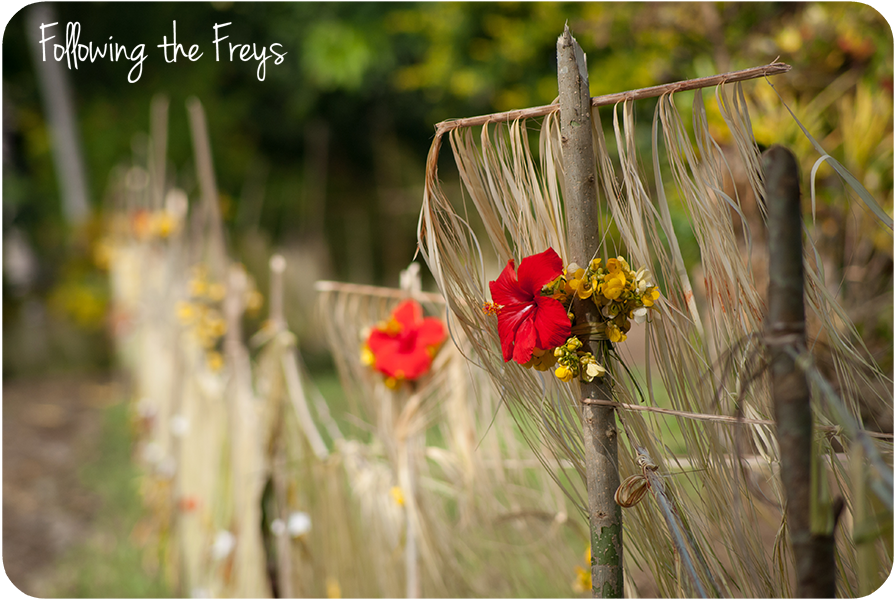 (I have, like, a bazillion more photos, but this is all I have had time to sort out for you at the moment. A more photos/less story post coming soon...)

We flew down to Madang just for the day, and let me tell you - a half-hour flight sure beats six hours of driving on very rough roads!

The translation of this New Testament was completed by BTA, the Papua New Guinean Bible Translation Association.  However, Brian was there as the official representative of SIL.  We had mentioned to each other the possibility that he might be asked to speak, but I think he was in denial. 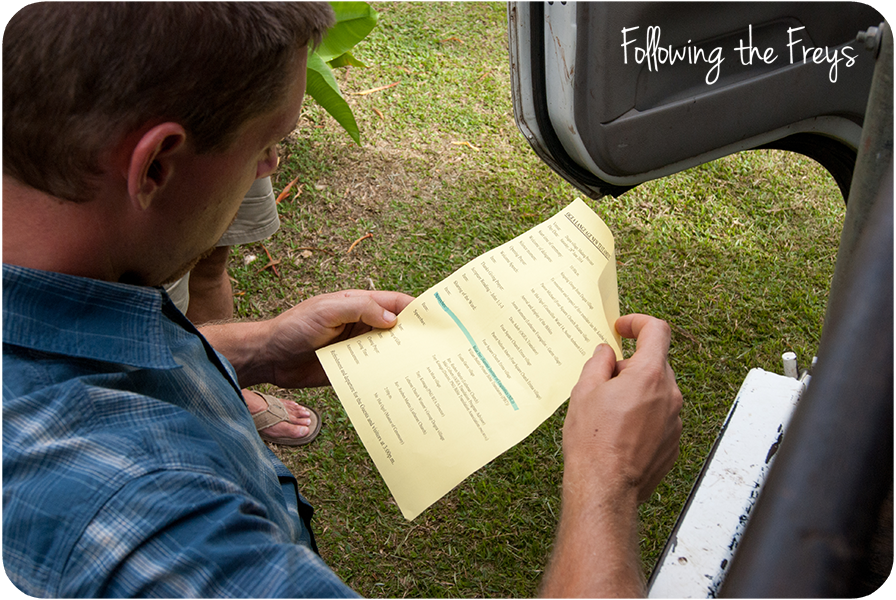 One hour before the ceremony was slated to begin, Brian was handed this schedule of events, with his name highlighted in blue.  Yes - he had one hour now to prepare a speech!  I comforted him with the fact that he was the first of several speeches, which probably meant that his was the least important. 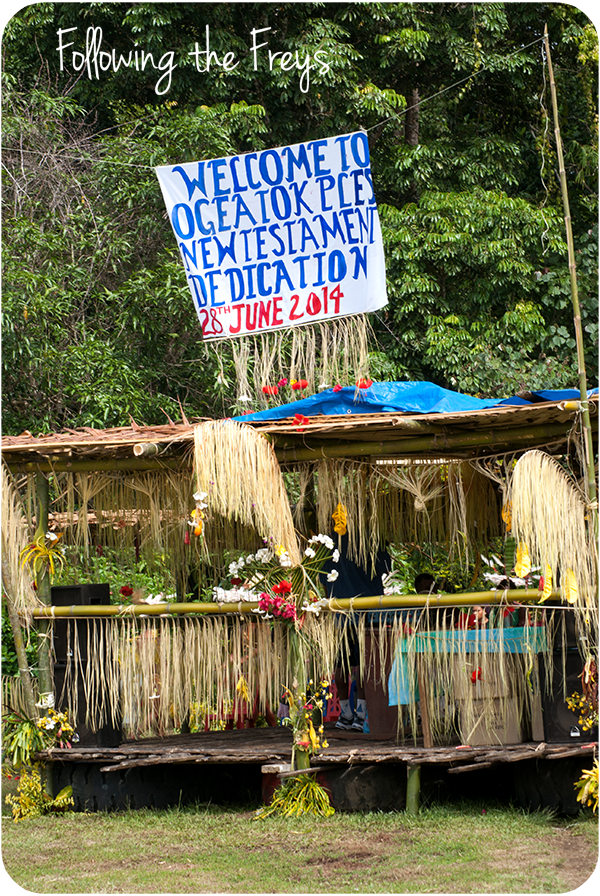 It's hot in Madang, and they always seem to schedule these things during the hottest part of the day (the ceremony ran 10am-1pm).  I was very thankful for this grandstand and the covered seating area for the "dignitaries" behind it.  Of course, I kept doing silly things like running out into the blazing sun to take photos... 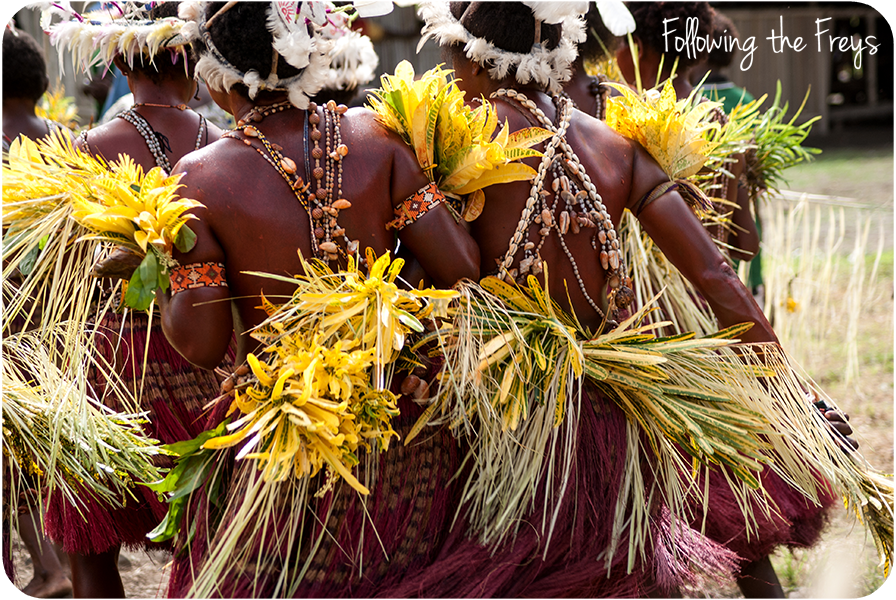 The ceremony started with a singsing group doing traditional dance. 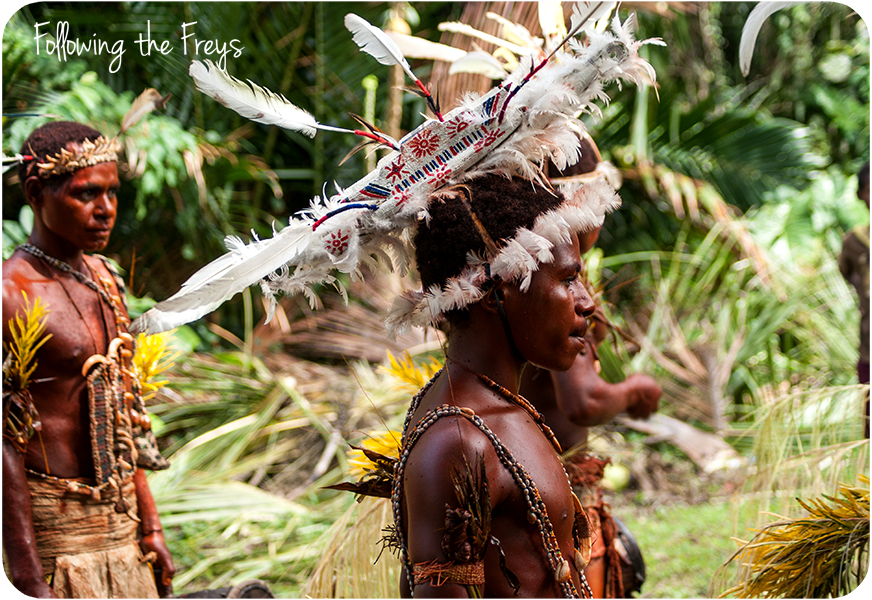 Both men and women were wearing these remarkable boat headdresses (Ogea is a coastal language). 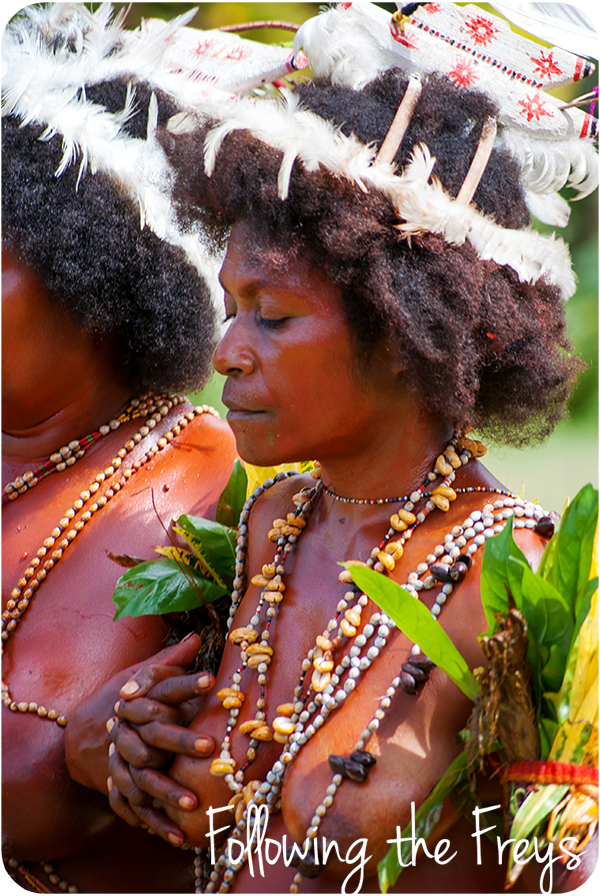 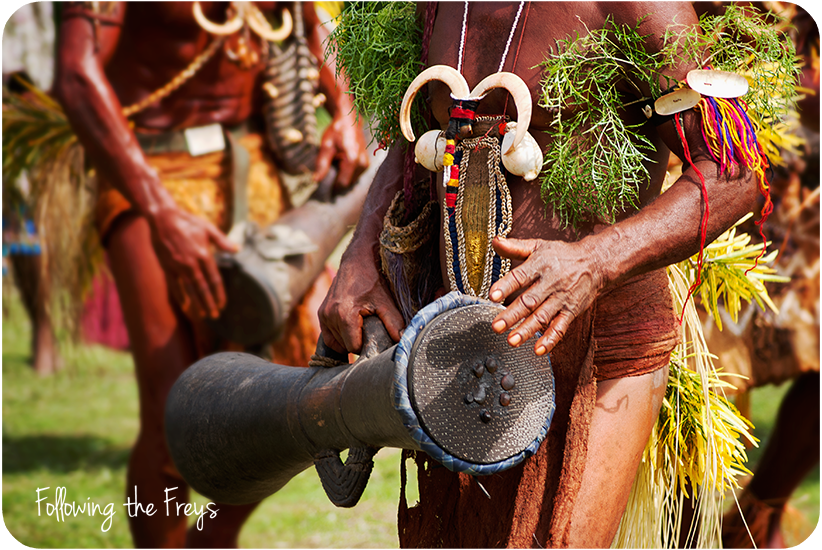 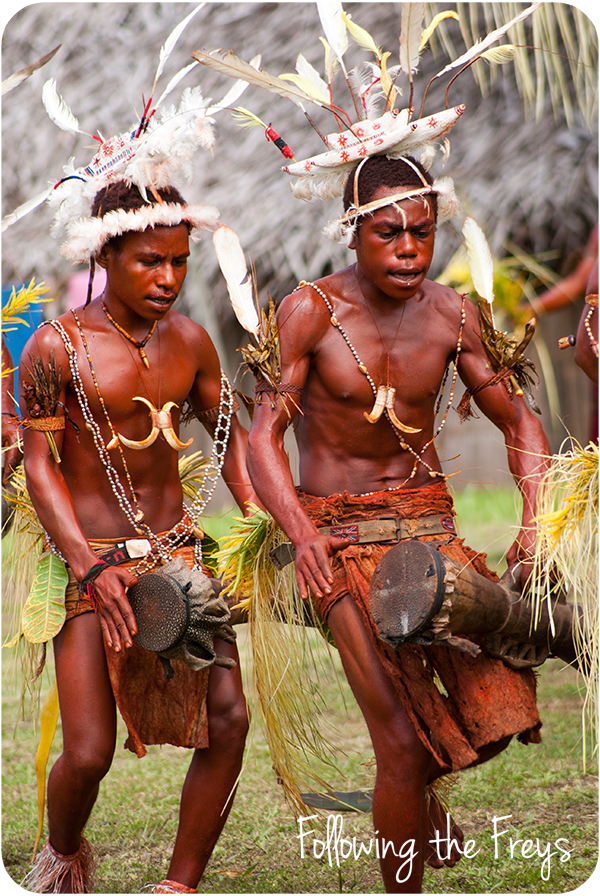 Here is Brian giving his speech.  It comprised less than five minutes of a three-hour ceremony, but I thought he did a good job with such short notice.  (He had the added pressure of knowing that our very first Tok Pisin language teacher from our orientation course six years ago was in the audience!) 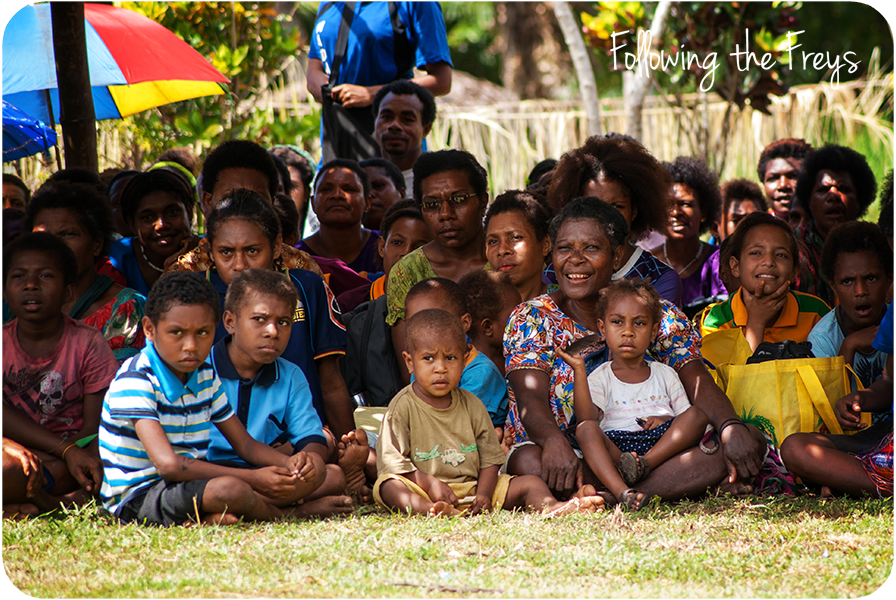 The crowd.  Obviously they are enthralled with Brian's speech.  (Okay... I confess, I snapped this photo when one of the other speakers was using tokples - the Ogea language instead of Tok Pisin.  That's really when the audience's faces lit up) 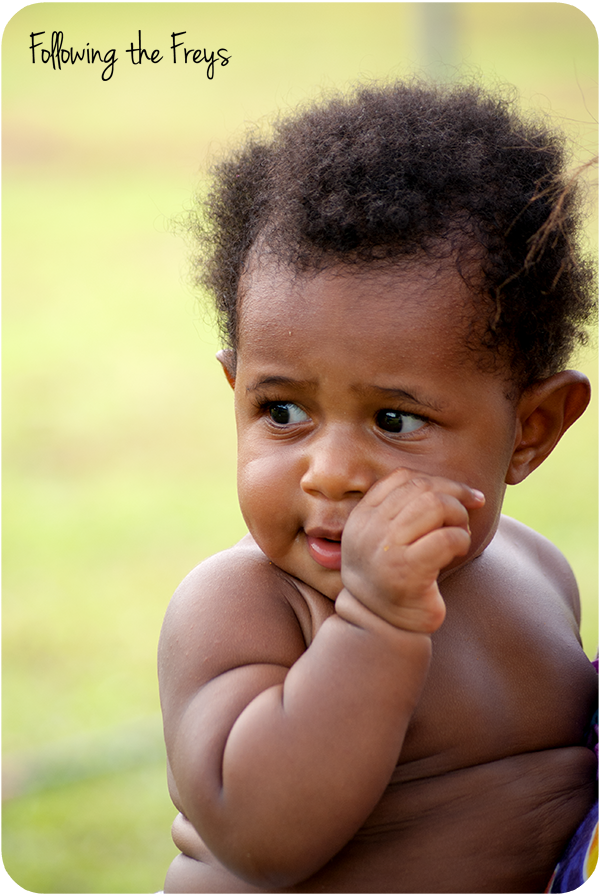 Another spectator.  (My boys were never this chubby!) 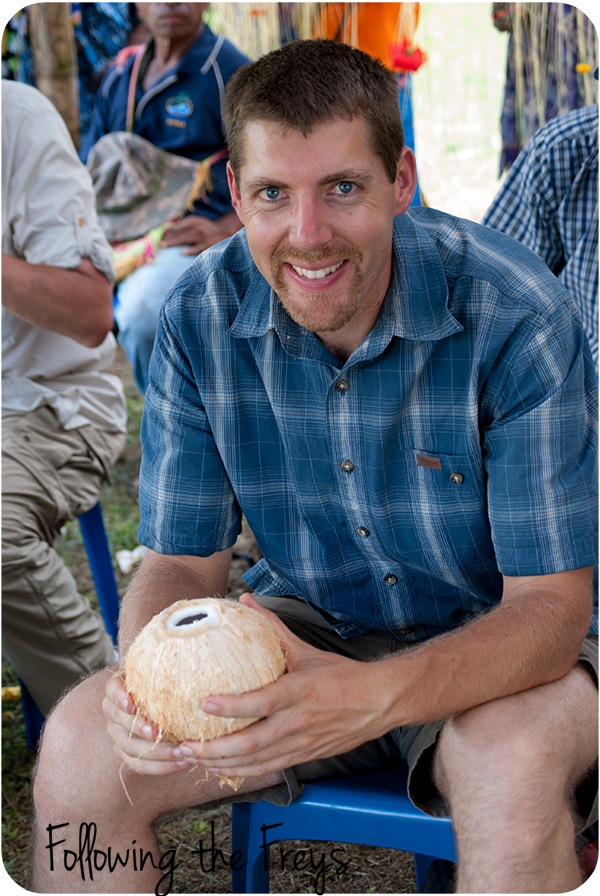 When we saw a huge basket of kulau (green coconuts) heading our way during the ceremony, it brought a smile to our faces.  Kulau isn't something I'd like to drink every day, but it can't be beat when you're hot and sweaty in the village.  Nature's Gatorade.  (Just don't spill any on your clothes - it stains.) 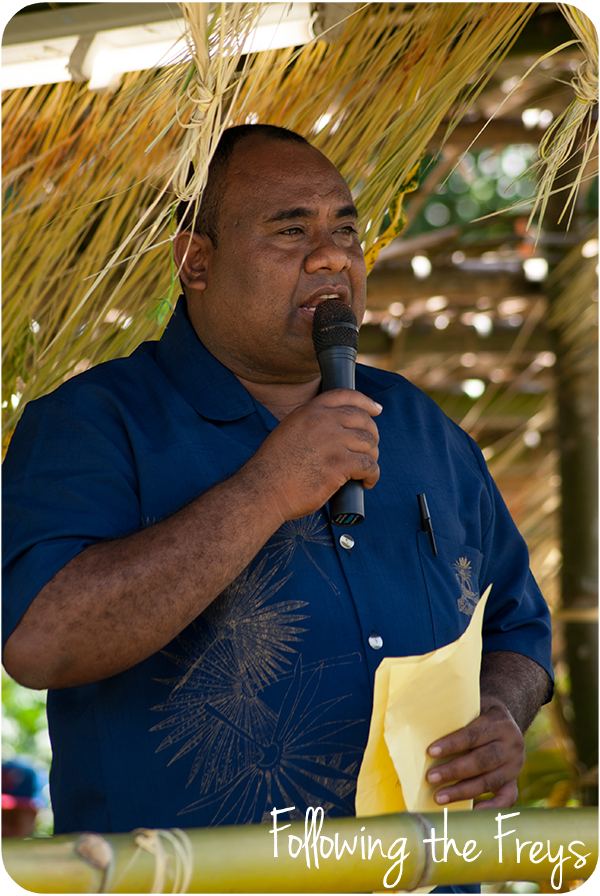 Tony Kotauga, the incoming director of PNG BTA, was much better prepared for his speech than Brian was.  (His was also the last, and thus probably the most important).  My favorite part was when he told the people, "God is now your wantok" (someone who speaks your language - i.e. one of YOU), "... and so you can't treat him like a stranger.  You must show him the hospitality due a wantok.  Invite Him into your home, and spend time with Him,"  (my paraphrase). 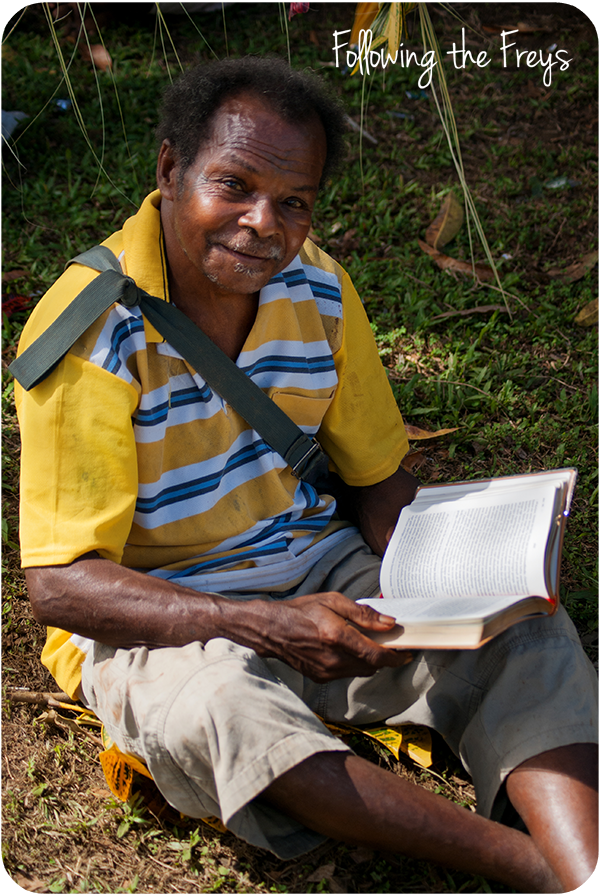 The most rewarding part of a dedication ceremony is the aftermath, when you see people reading their very own copies of the Scriptures in their heart language. 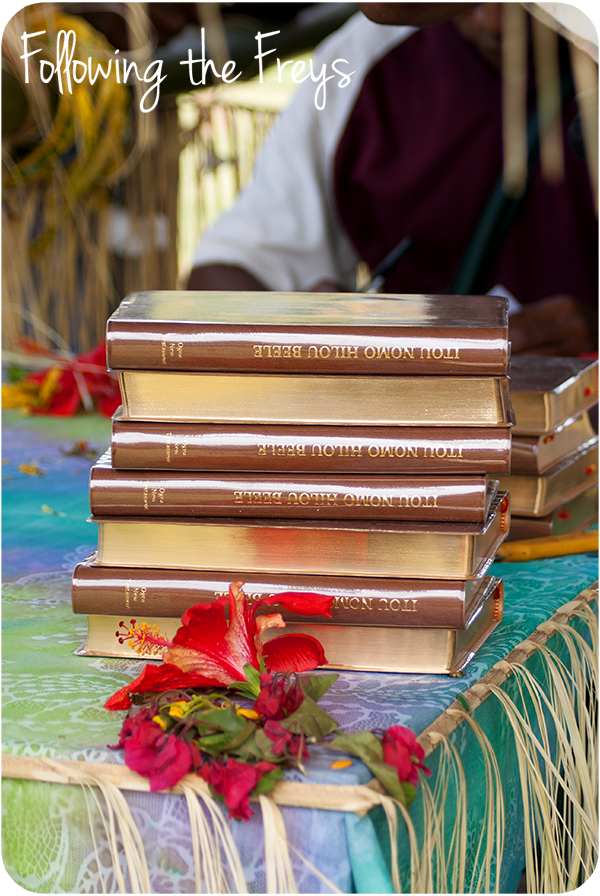 Aren't we blessed to have had God as our wantok already for hundreds of years?  Are we treating Him like one?