Our Week
or:
"How I Almost Met the Prime Minister"

I'll get to that... (you have to make it to the bottom of the post though!)

Last Friday night we went to the school's band and choir concert. 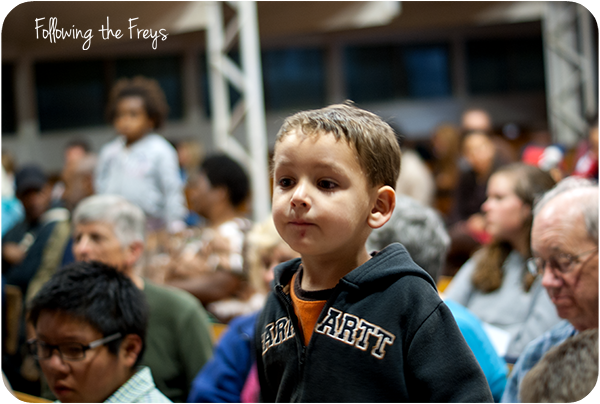 Greg was soooooo excited about going - getting to stay up past bedtime and walk in the dark to the meeting house to watch his favorite babysitters play and sing.  It was a big night for him.  Here he is anxiously awaiting the start of the concert. 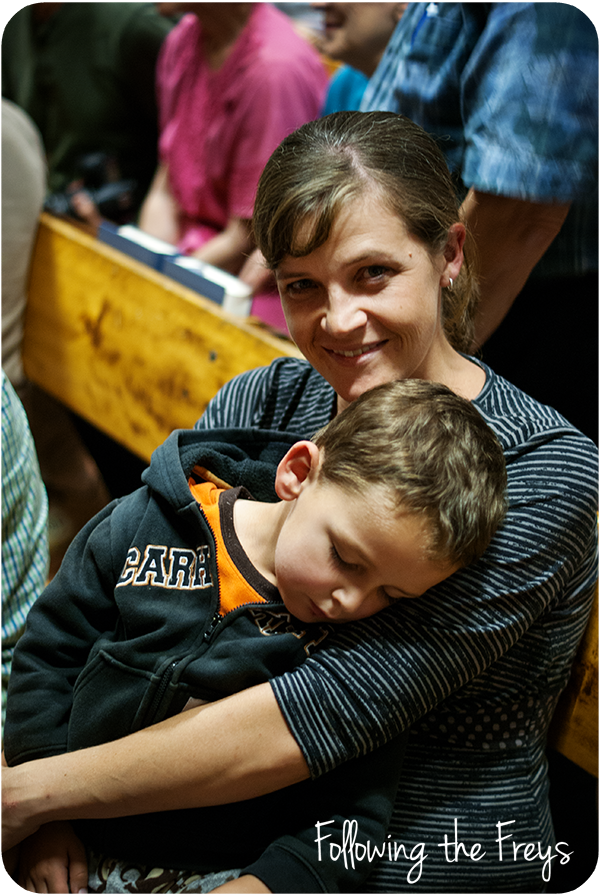 And this is Greg after the first four songs.  Poor guy is just not a night owl. 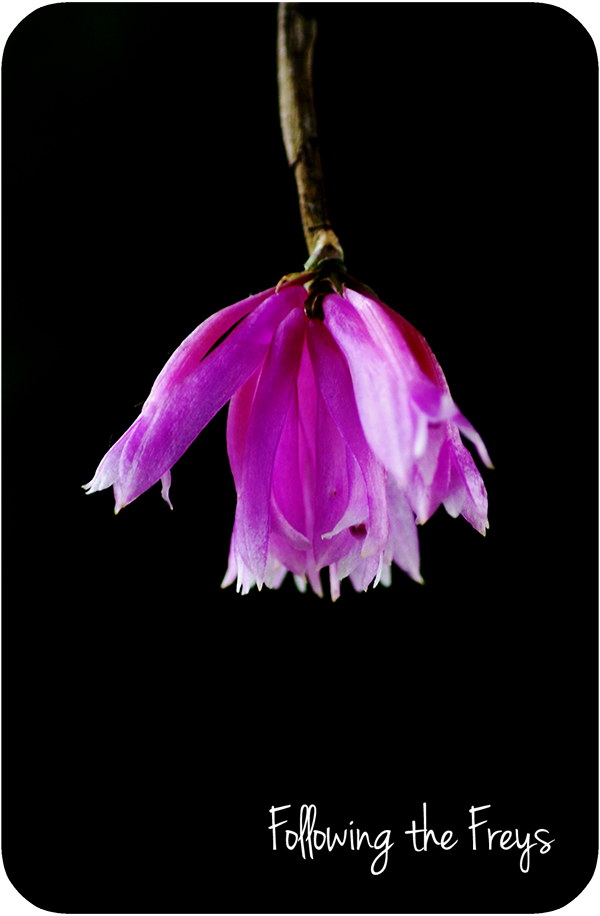 A flower from our backyard (no the photo isn't upside down, the flower was hanging like that) 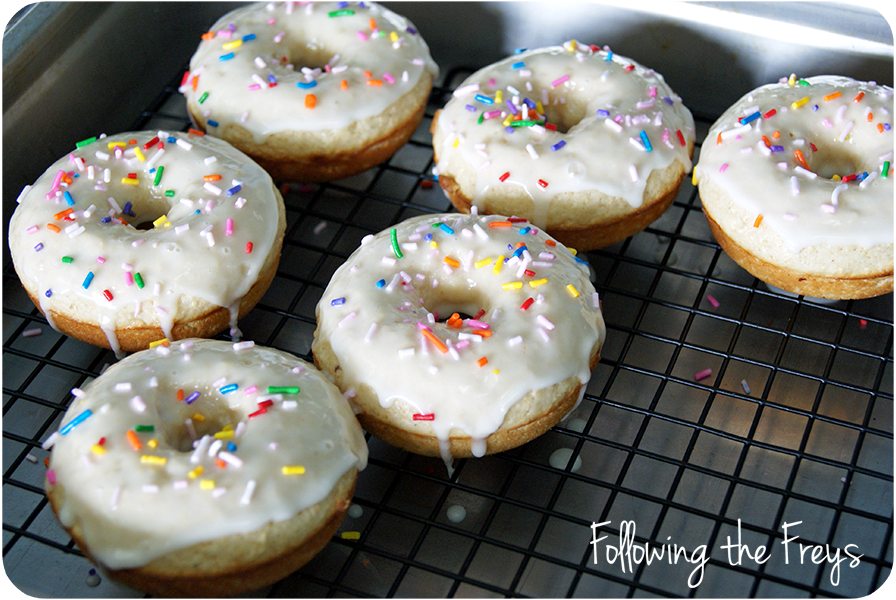 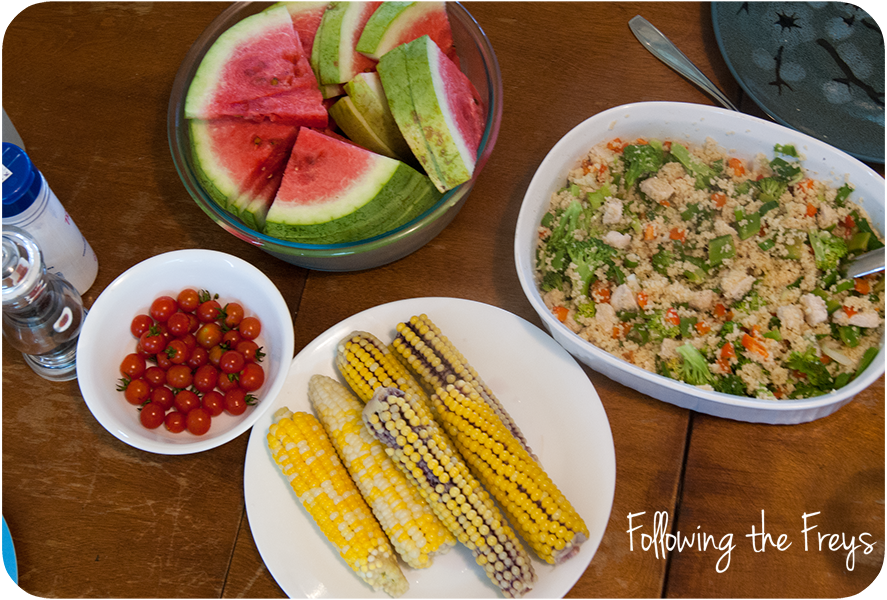 Dinner one night this week: watermelon from Lae, fresh corn and grape tomatoes from our neighbors, and Sesame Chicken Couscous (from the Simply in Season cookbook - one of the best things I brought back from furlough) 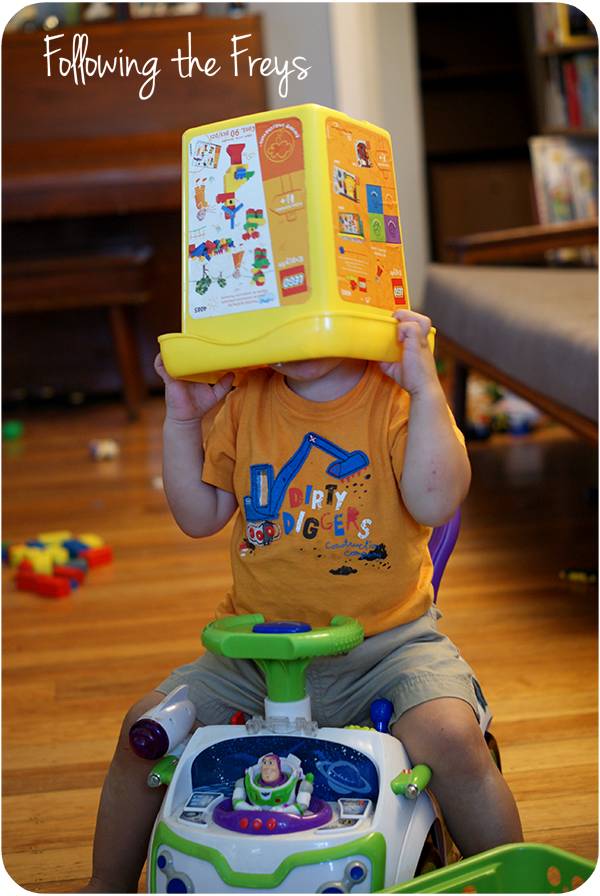 Caleb has been very into "hats" this week.  He has spent a large portion of each day riding this little push car around the house with some bucket or basket over his head (usually he prefers the plastic toy baskets, perhaps because he can actually see where he is going through the holes!) 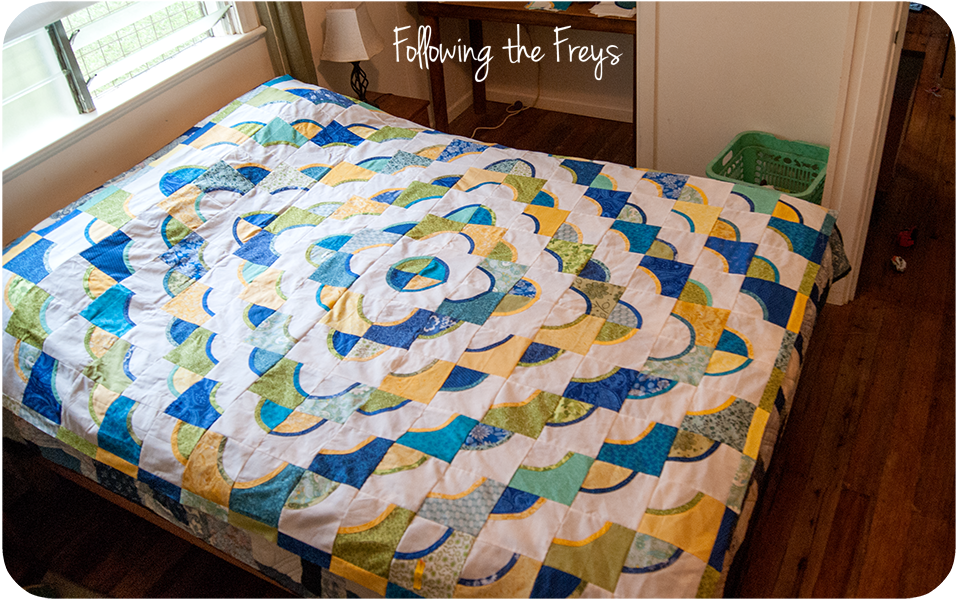 I finally managed to finish piecing the quilt top that I've been working on for, oh, nine months or so.  I still have to attach borders, sandwich and quilt the thing.  Maybe in another nine months it will be done? 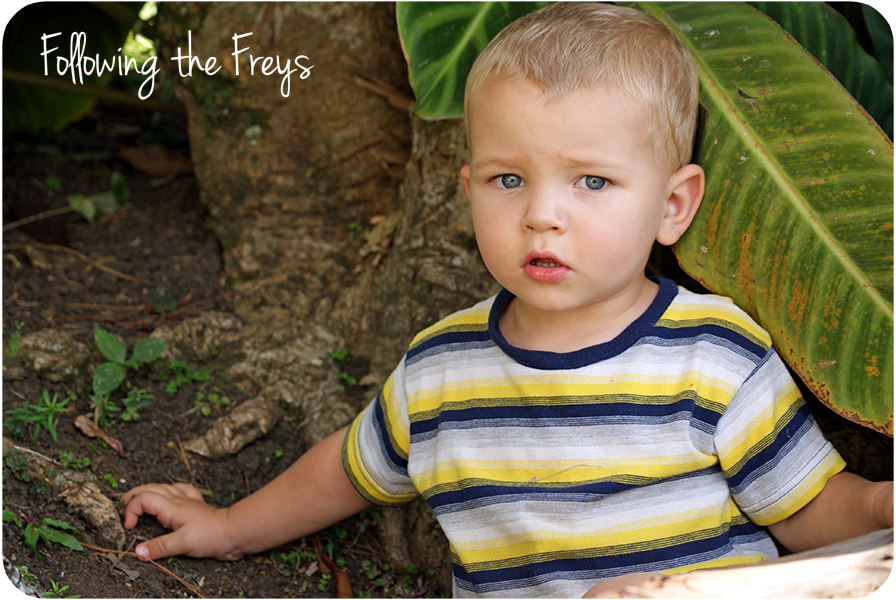 another shot of Caleb


Last Sunday was the dedication of the New Testament in the Arop-Lokep language.  We didn't attend the dedication, though we wish we had been able to.  I can't resist showing some photos that others took, however, because after all, this is why we are here in Papua New Guinea! 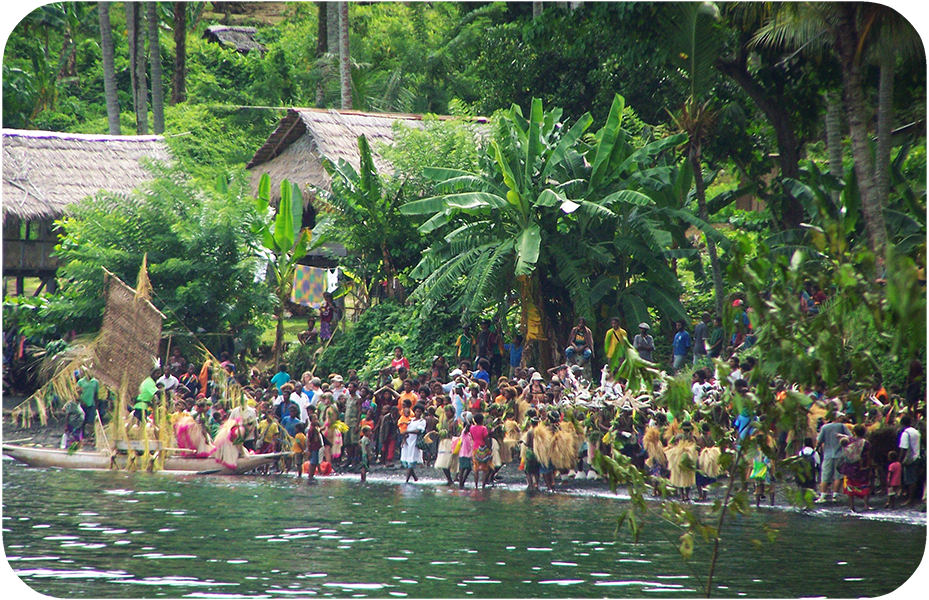 (Photo: Campbell)
A boat brings Jeff and Sissie D'Jernes, Wycliffe translators, to shore along with the printed New Testaments. 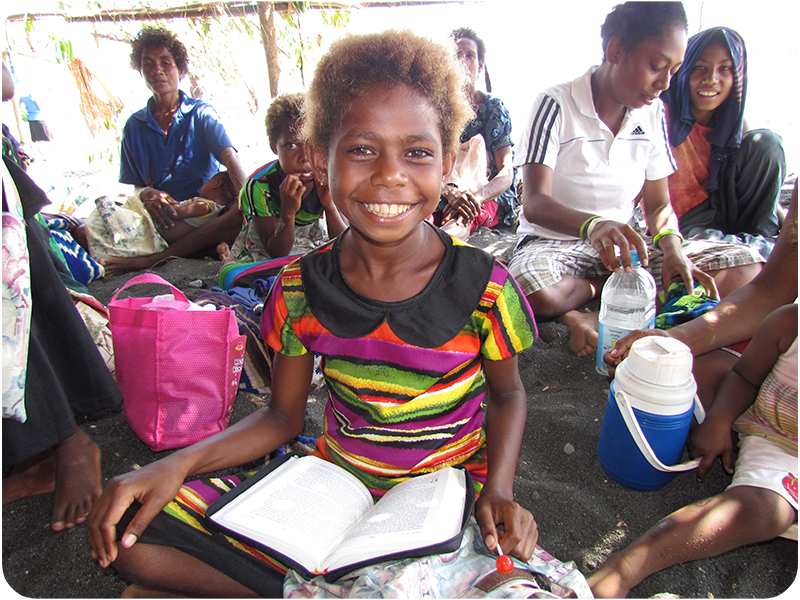 (Photo: K. Weaver)
A smiling Arop-Lokep girl with the Scriptures in her language!


And finally, the events of this morning, in which I almost got to meet the Prime Minister of Papua New Guinea.  He was to fly to our airstrip at 8:30 this morning, where he would attend a small reception (in the break room) with the directors of SIL and their wives (that's where Brian and I come in) as well as the Governor of the Eastern Highlands Province and our local Member of Parliament.  He was then going to board one of our helicopters and go to a village to preside over the opening of some new bridges, a health center, and a new hydroelectric dam.  (Our organization was very involved in making sure the parts for the new hydroelectric project made it to the village).  That was the plan.  This is PNG however, and so I wasn't holding my breath.

This is how it really went down:

7:30 am -  I look at my closet in despair.  I just put away a bunch of clothes that won't fit again until post-baby... do I have anything nice enough to wear for meeting a head of state?  I give Brian a hard time because the directors all met and decided that they would not wear ties, but that they would all definitely wear shoes.  (We have a pretty casual dress code around here... the director is notorious for wearing sandals everywhere)
8:00 - Brian and I rush to get the kids off to school and daycare and then we're out the door too.
8:15 - We arrive at the airstrip and are informed that the PM hasn't left Port Moresby yet.  ETA is now 10:30.
10:00 - well... the PM still hasn't left the capitol, and he'll have to make one more stop before us, so we might as well go home until we get further word.
11:15 - Brian texts me and says that he is coming, but at noon.  Can I make it?
11:20 - I scramble to find someone who is able to take Caleb (daycare closes at noon) and then go pick up Greg from preschool and feed the boys lunch (thanks Mandy!)
11:45 - I arrive at the airstrip (again)
12:00 - We hear that it is possible he will skip the stop at our airstrip and just go straight to the village, which has unpredictable weather in the afternoons.  If he loses too much time by stopping at our airstrip, he might not be able to land at his final destination.
12:15 - We get word that the Prime Minister has landed in the village, and will definitely not be stopping by to shake hands with us.  We console ourselves by retiring to the break room to do justice to the nice refreshments that had been prepared for the dignitaries. 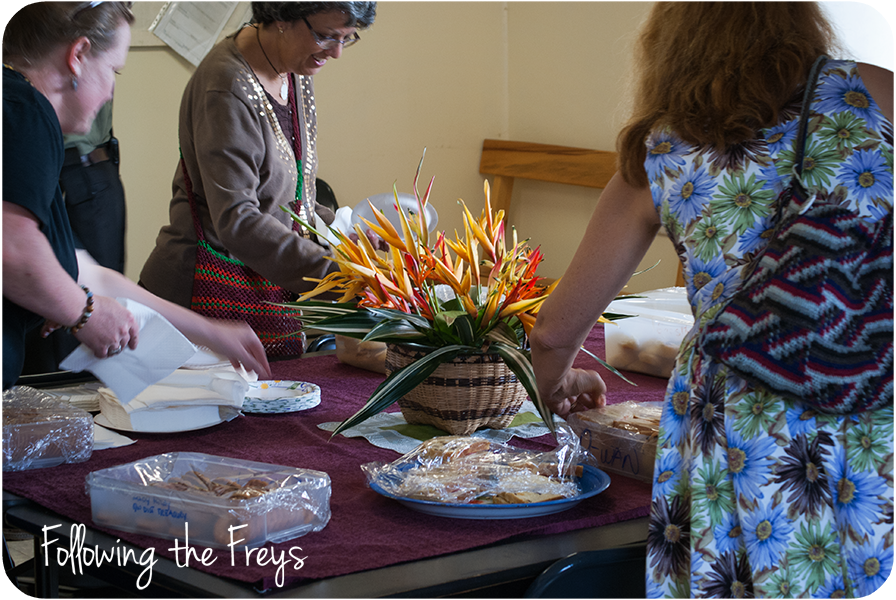 The refreshments really were quite nice. 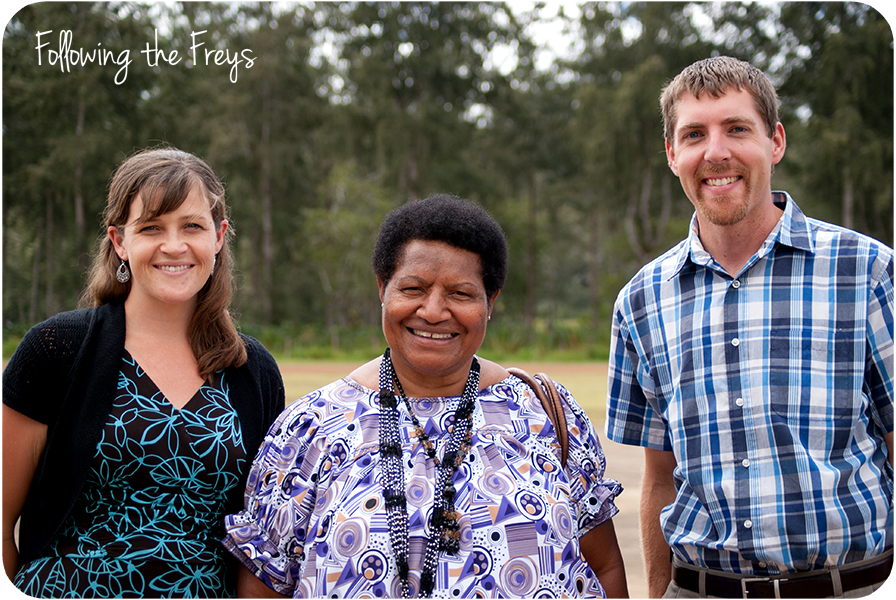 We didn't get to meet the Prime Minister, but we were able to meet the Governor of Eastern Highlands Province, a very gracious lady named Julie Soso.

If I chose to go back to the airstrip this afternoon, I could meet the airplane bringing back the Jones family with their quintuplets (Caleb's age) and older son - an event that is just about as exciting for this community as a visit from the prime minister... but I've spent enough time at the airstrip for one day!

So fun to see your family and your LIFE there in PNG. Bless you as you parent and love each other and minister there. We're traveling about the States on furlough looking for summer weather. We still haven't given up all our winter layers!

I sure enjoy your posts, Susan! Just had to comment that I love the Simply in Season cookbook and that very recipe you pictured is one of our favorites! :) Did not know you were expecting your third child! Congratulations!!