A week of celebrations.  First, we gathered with other Americans to celebrate Independance Day. 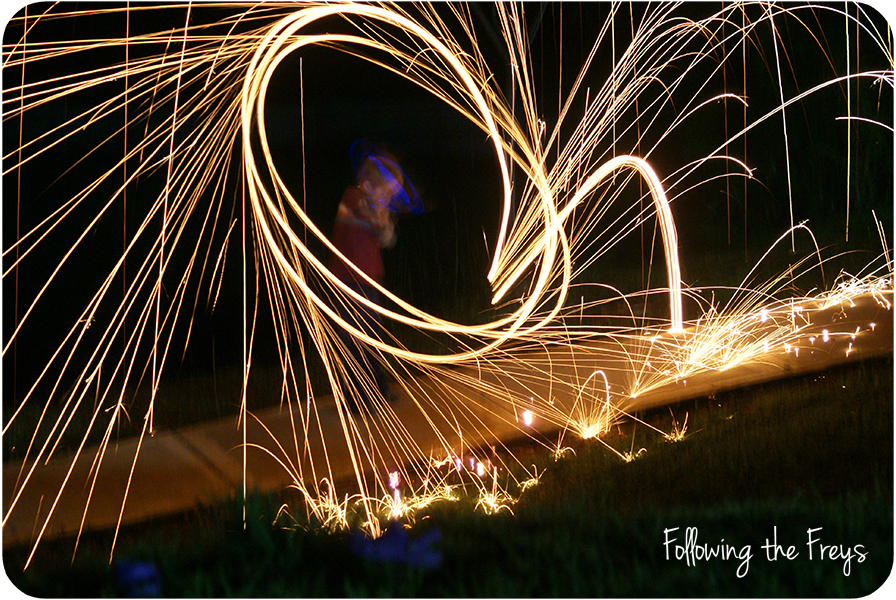 Steel wool "fireworks" are the standard here in Ukarumpa. 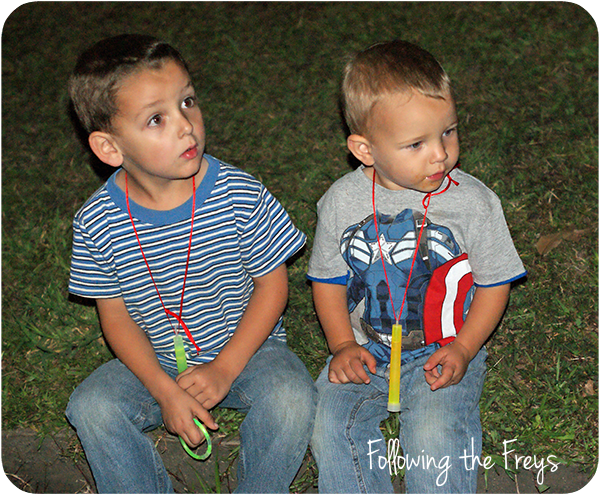 The boys didn't seem to mind that the fireworks show was basically a half-dozen flares and smoke bombs that one of the pilots found in a back corner of the hanger, well past their expiration date.  Glow sticks and staying out after dark is fun enough when you're this age. 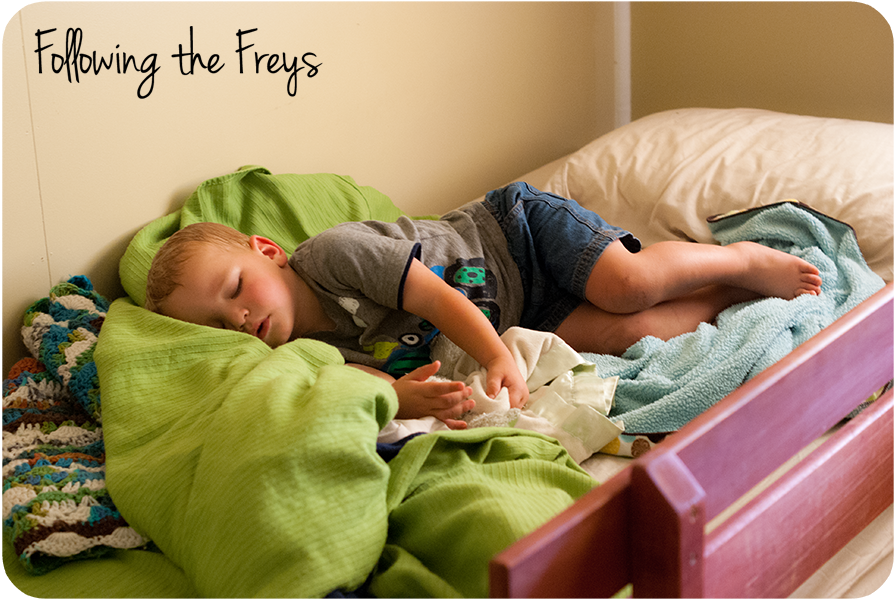 Caleb got to trade in his pack-n-play for a twin bed this week.  We figured we'd give him plenty of time to practice before we traveled back to the States.  He's actually done amazingly well with the transition.  Much easier than...ahem... certain other children in the family, as I recall. 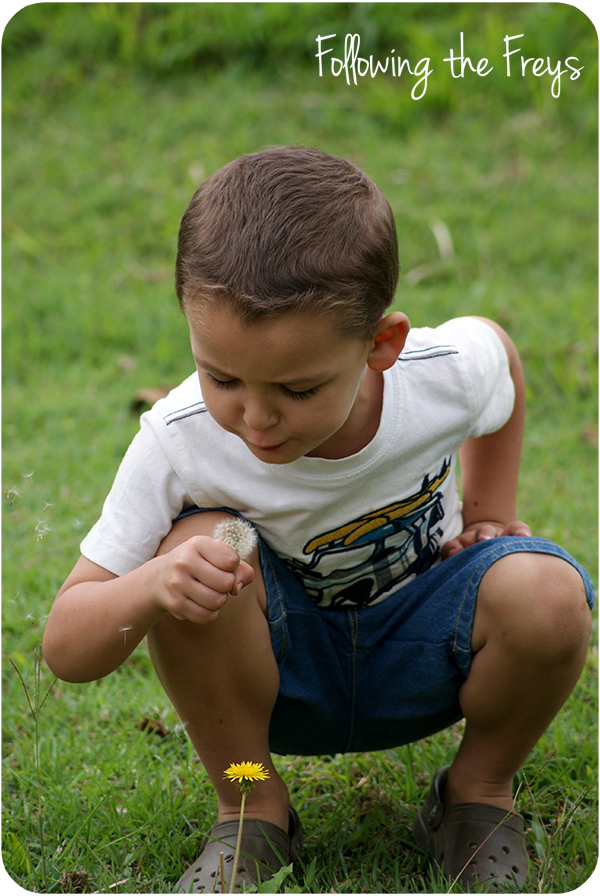 This kid had a birthday.  Four years old! 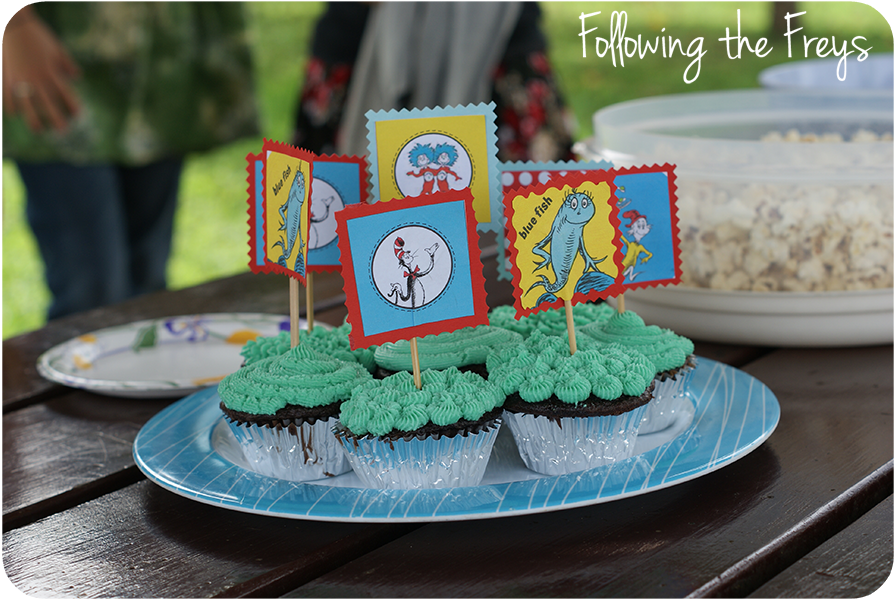 We had a small party at the playground.  Both boys have been obsessed with Dr. Seuss books lately, so that was the theme. 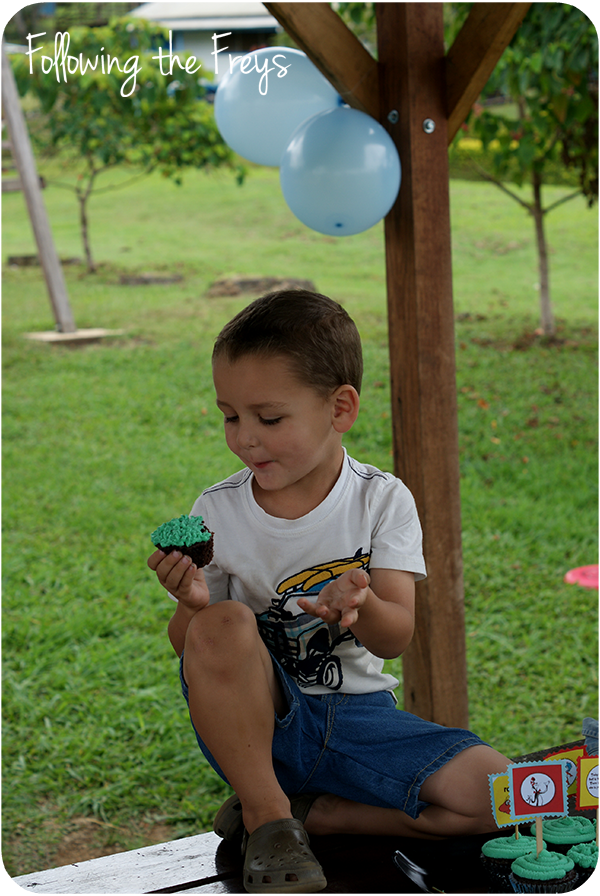 Greg refused to let us sing to him, because we didn't hold the party on his actual birthday.  (On the "real" birthday we were allowed to light candles and sing to him). After the party with the leftover balloons in the truck.  See those hands and knees?  They got pretty dirty. 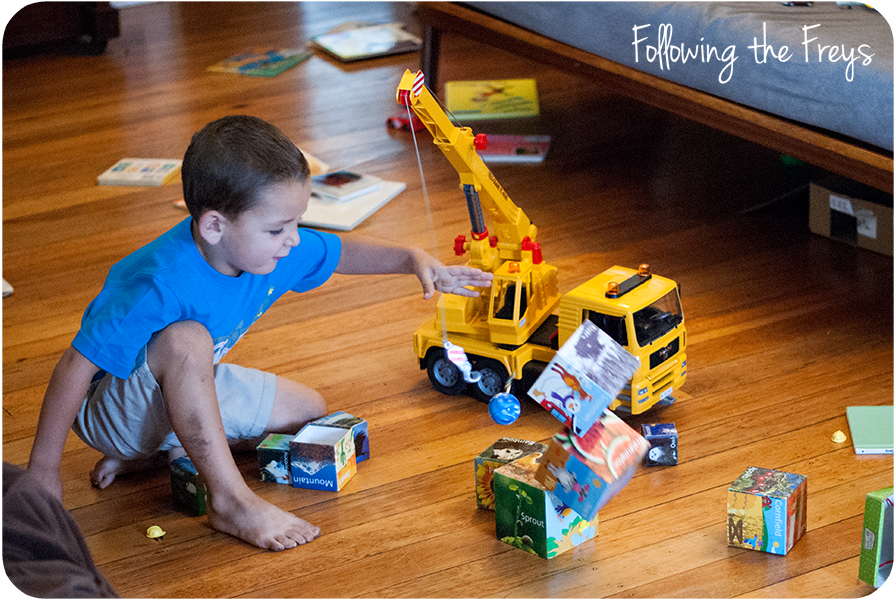 One of the new favorite toys.  Greg has been asking us since Christmas for a "wrecking ball crane."  Grandma and Grandpa Frey sent this one over. 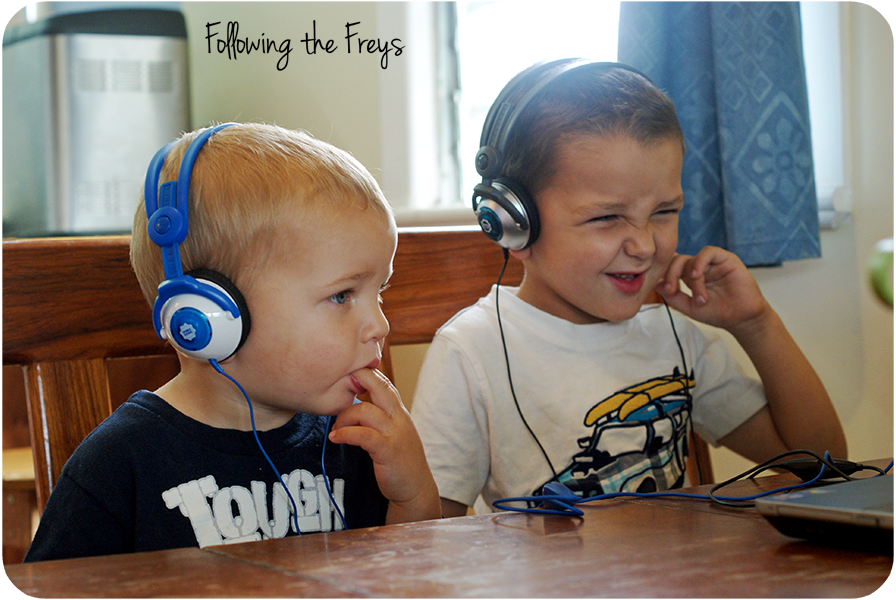 An experiment: Caleb's first time wearing headphones.  We recently got a pair in preparation for long plane rides in a few months time.  He's recently started sucking his fingers while watching a show.   Big brother went through the same phase. 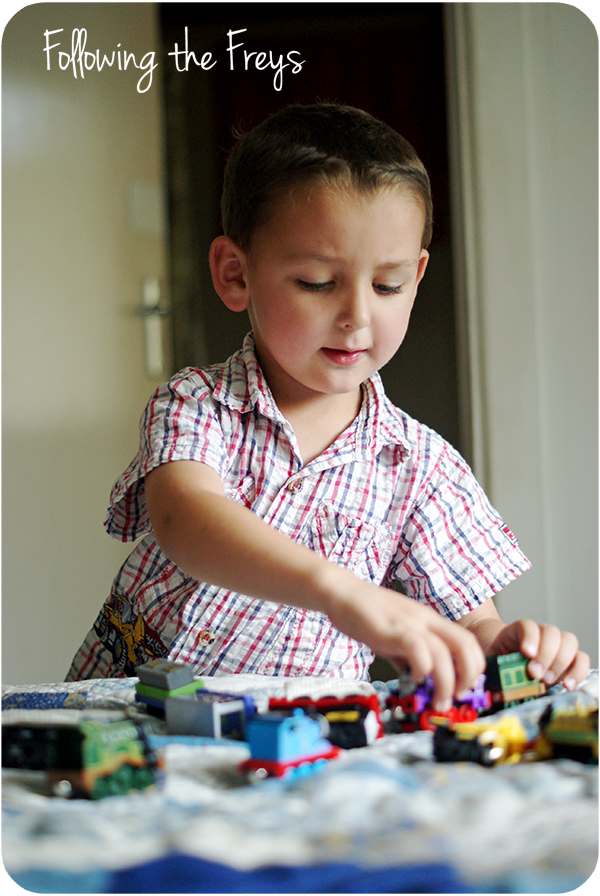 There is always time for some Thomas and friends. 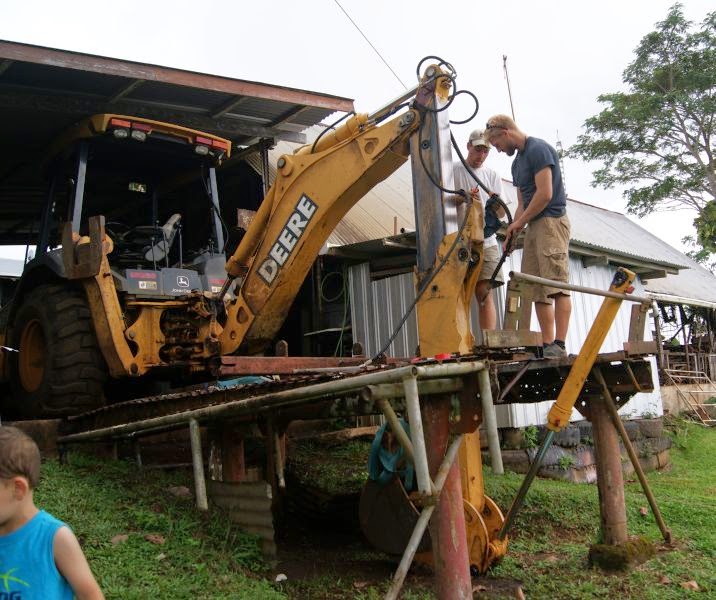 Thursday we flew to Madang as a family.  We're staying at POC (the place where orientation courses are held for new arrivals).  Brian is doing some work on their backhoe and tractor, and I am sewing some new curtains for the dormitories. 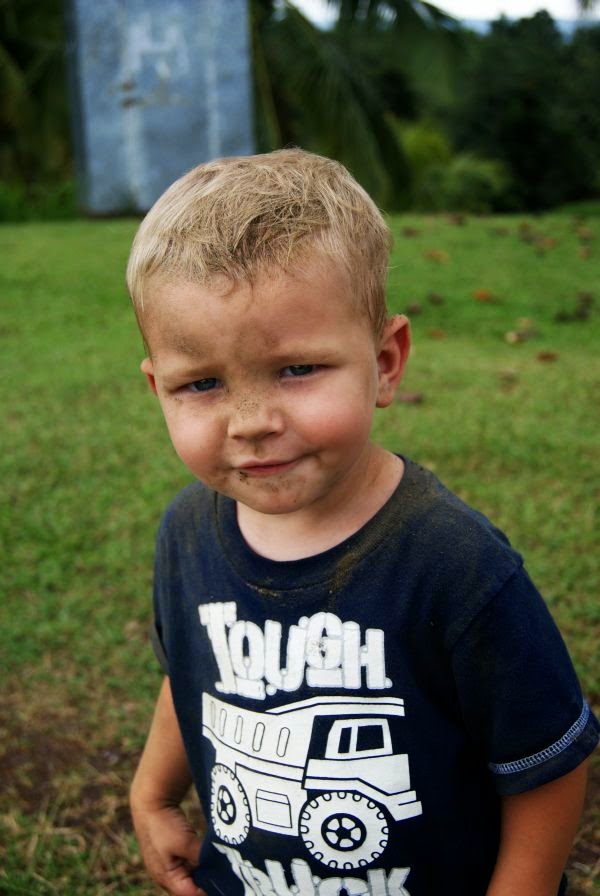 And the boys?  Well, let's just say they are doing a good job of getting dirty, and I'll need to brush up on how to use a twin tub washing machine here pretty quick!

More about the Madang trip next time, when we're back to a better internet connection.
at 1:27 PM

We sure miss Greg & Caleb growing up! They are such great kids. They have such great parents sure has the major credit! Happy late Birthday Greg.
Love, Great Grandma & Grandpa