Hello again friends.  Here is a recap of our week in pictures: 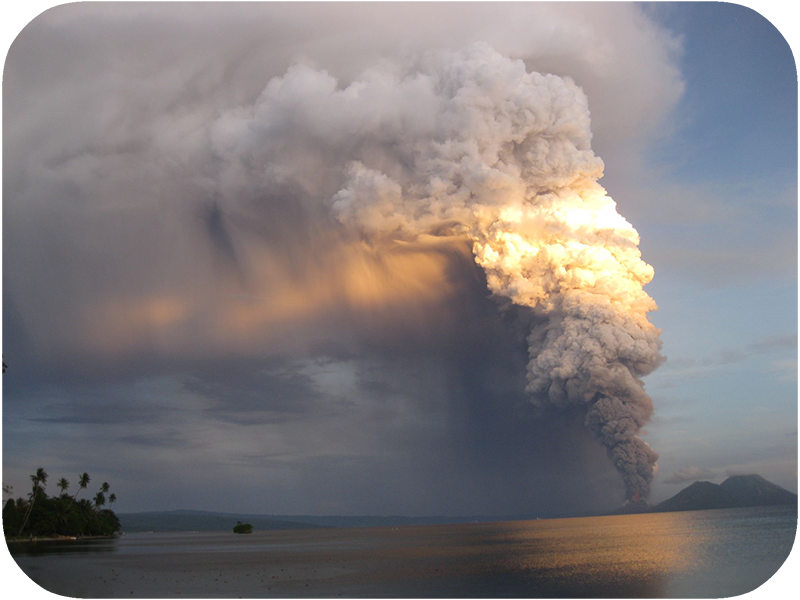 Last Friday a volcano, Mt. Tavurvur, erupted.  [photo credit: T. Wilson]   It's located on the eastern end of the island of New Britain, which is part of Papua New Guinea.  It's a long way from where we live in the highlands on the mainland, so we didn't notice anything here.  We do have a regional center and some staff on the island, but they are all safe. 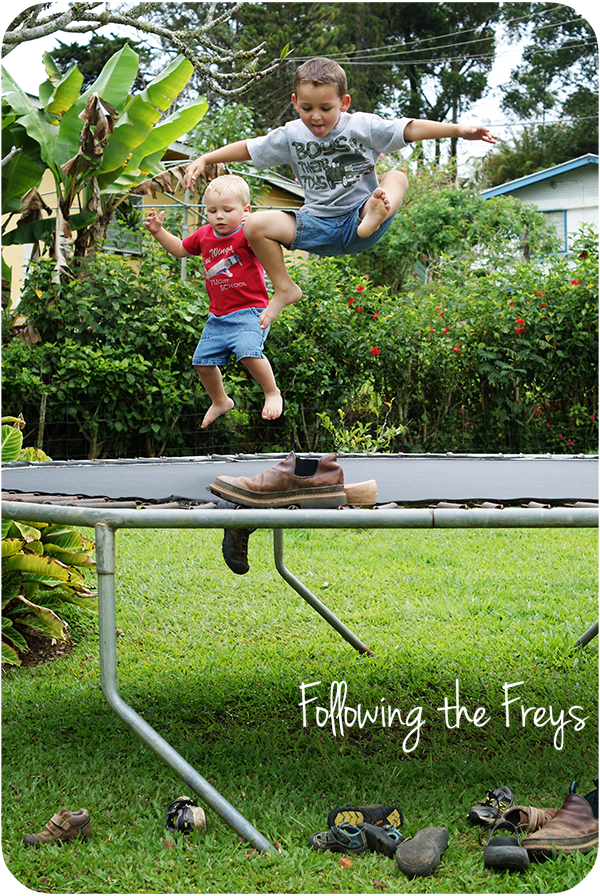 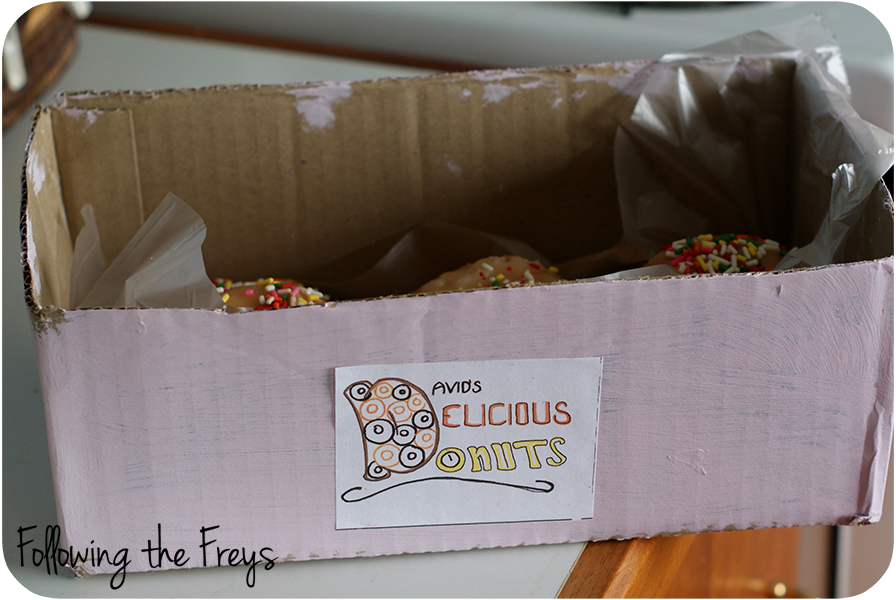 We don't always have to make all our goodies from scratch - sometimes we let someone else do it!  An enterprising teenager has started a donut business, and he takes orders and delivers most Saturday mornings.  Yes, the delivery box is a discarded box from the store, but I was quite impressed that he took the time to paint the boxes and stick a logo on them! 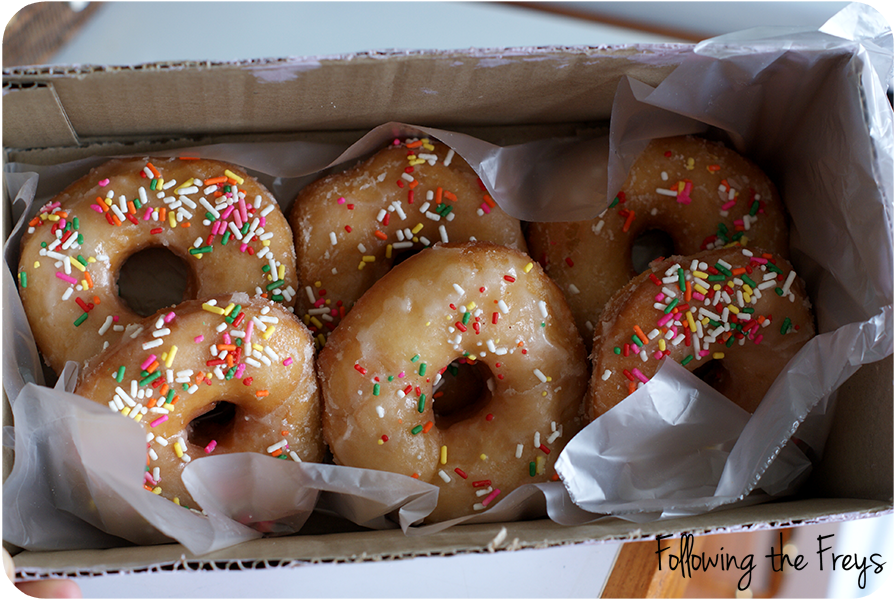 And don't they look yummy? 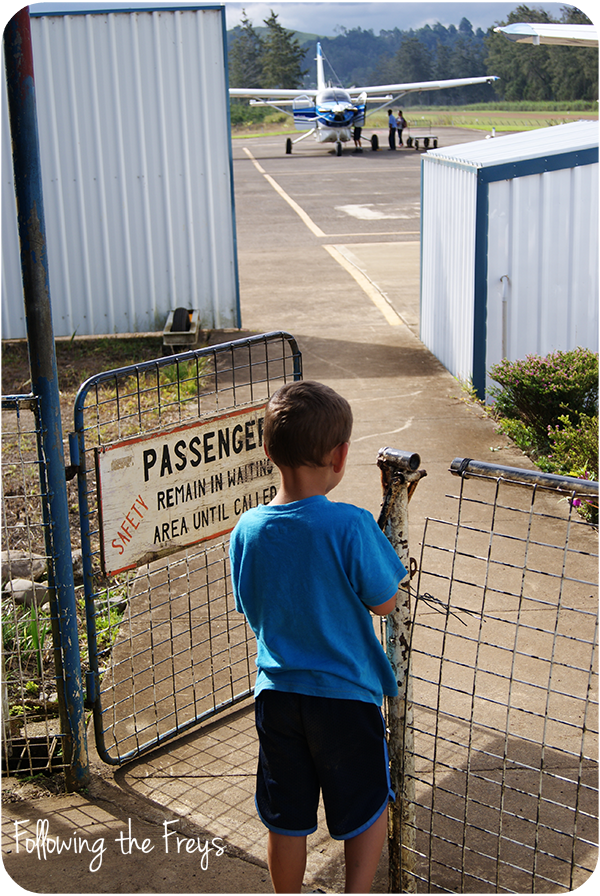 Watching dad return from his trip to Indonesia on Monday.  Greg has decided that when he grows up, he wants to be an airplane mechanic.  (I think perhaps this is due in part to that gate with the sign you see in the picture, which he is not allowed to cross unless he is getting on an airplane.  If he were a mechanic, he would be able to be on the other side of the gate...) 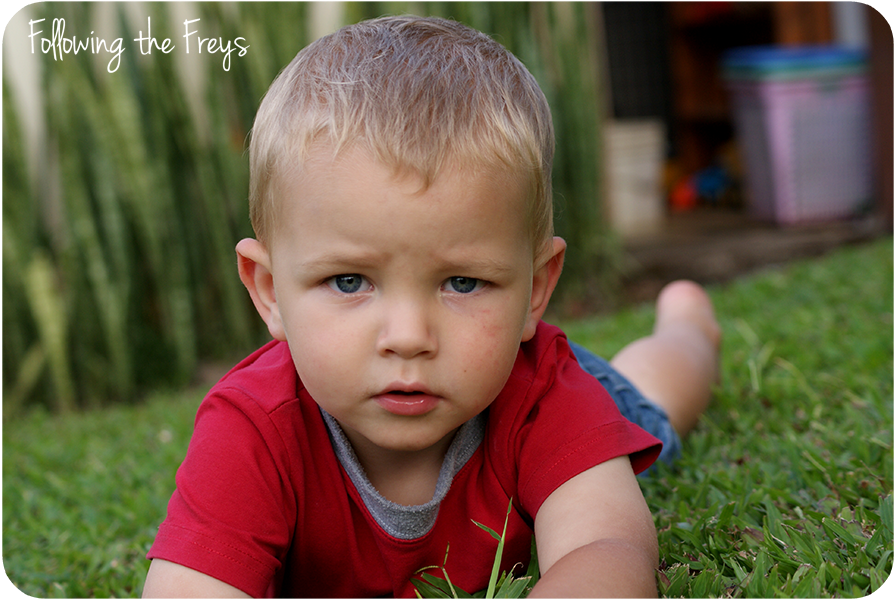 I had my camera with me in the back yard, and Caleb plopped himself down on the grass in this pose, saying "take me!"  (i.e. "take my picture") 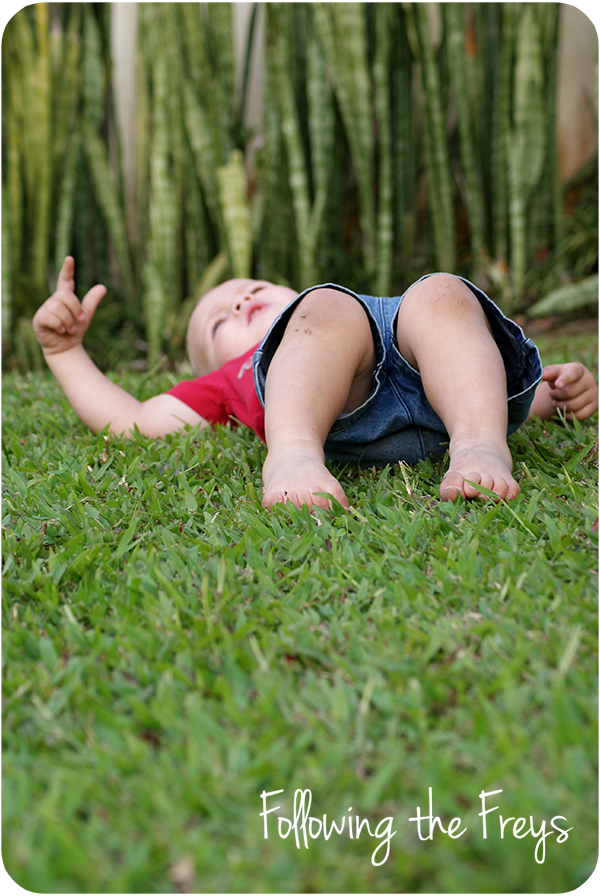 And then he decided that watching the clouds was more fun. 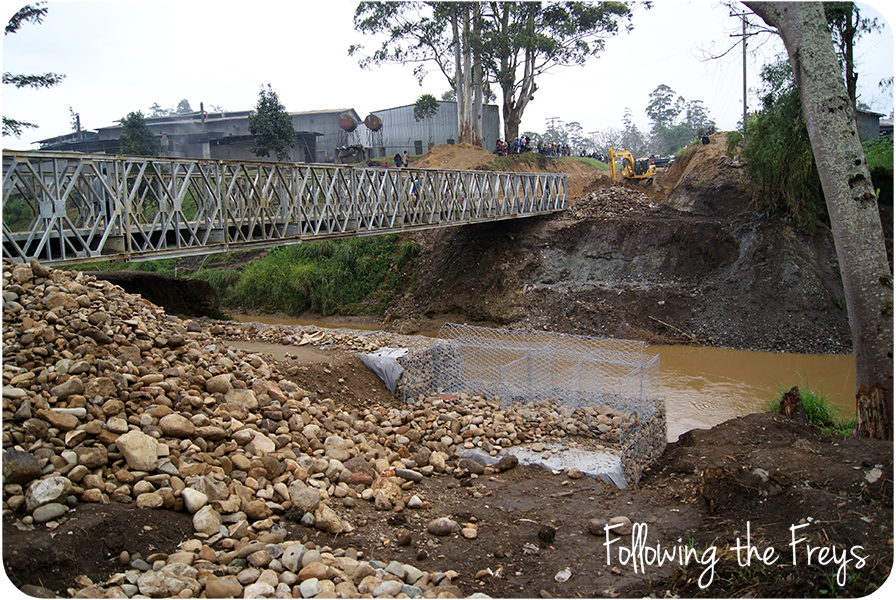 This is what the bridge to Kainantu looked like this morning.  Brian and I hoped to get to town to buy a few things, but we weren't able to drive across because the excavator on the far side was working on the road.  Not wanting to leave our truck without someone to watch it, we decided not to walk across and do our shopping.  Perhaps we'll try another day.  You can see the work that is being done on both banks next to the bridge to prepare the permanent footings.

Only ten more days until we board one of those little Kodiak airplanes to start our trip back to the States to see my brother get married and to meet Baby Frey.  I can't believe we're at this point already!

Oh, and I also wanted to mention that I've started a photography website: www.susanfreyphotography.com
While we are in the States, I'm going to be doing portrait sessions to help offset some of the costs of this trip home.  If you know someone in CO or OR who might be interested, feel free to pass the link on.
Until next week...