Only 12 days past her due date, we finally got to hold our little girl yesterday.  Yes, you heard that right - a GIRL!  (Brian told me when she was born but I made him double-check to be sure, because I didn't believe it...) 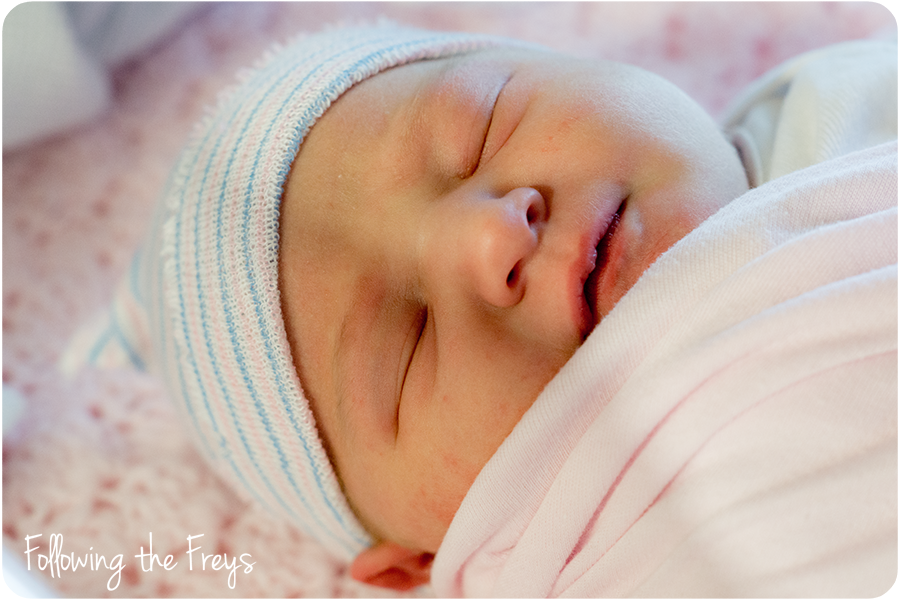 I had been having a frustrating start and stop early labor for several days.  There were at least two times when I was convinced that we'd be heading to the hospital that day, but little Kate always seemed to decide around bedtime that she wasn't ready after all, and contractions would stop.

My doc wanted to induce labor earlier, but kept pushing back the date, because baby was so darn healthy in there and showed absolutely no signs of distress, so it seemed a shame to force her out.  Finally we went in for induction yesterday.  It didn't take much though, as I was already on the brink of active labor (had been for a few days!). 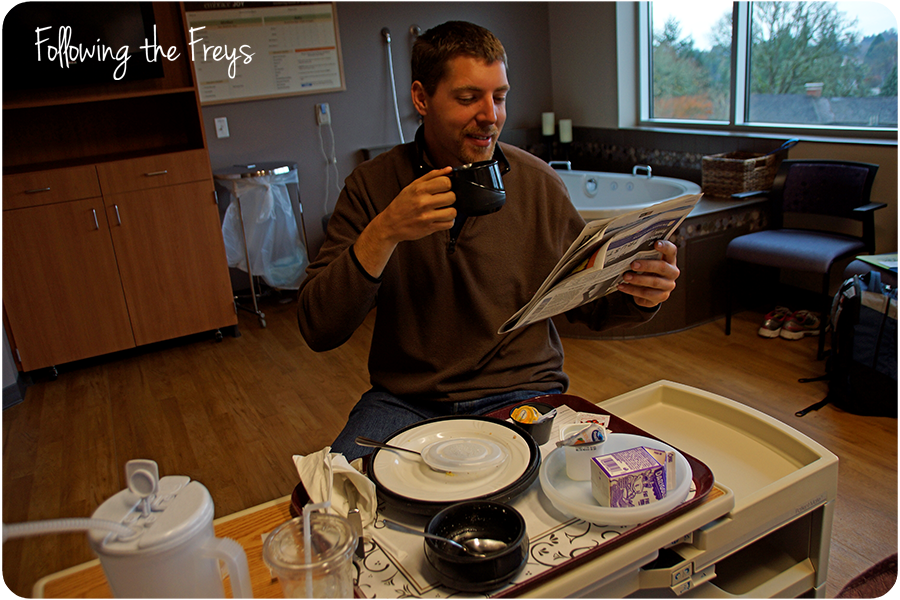 Brian is a very supportive and attentive birth partner, as you can see here.  (Obviously this photo was taken early on, when I was still in a mood to joke about such things...)

Five hours later, we had a very healthy little girl! 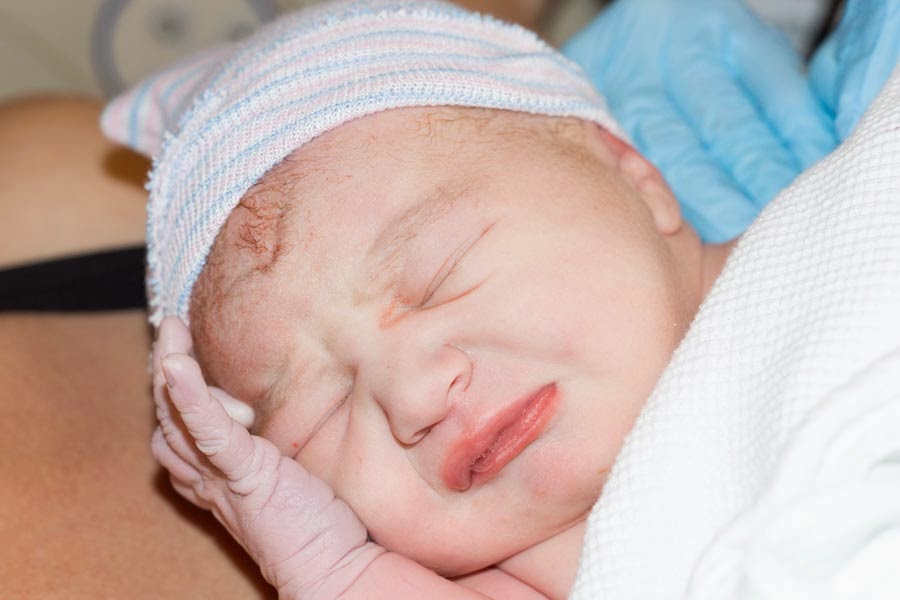 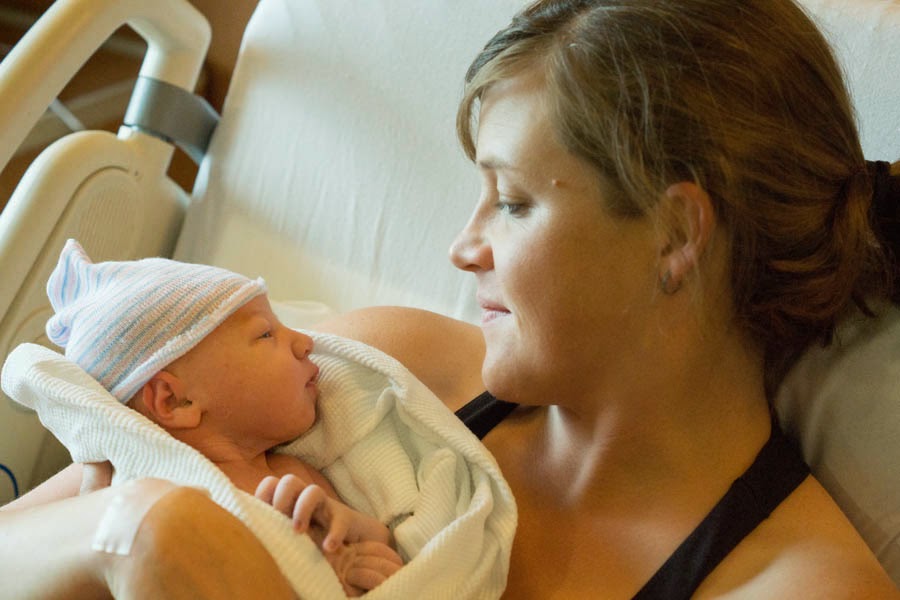 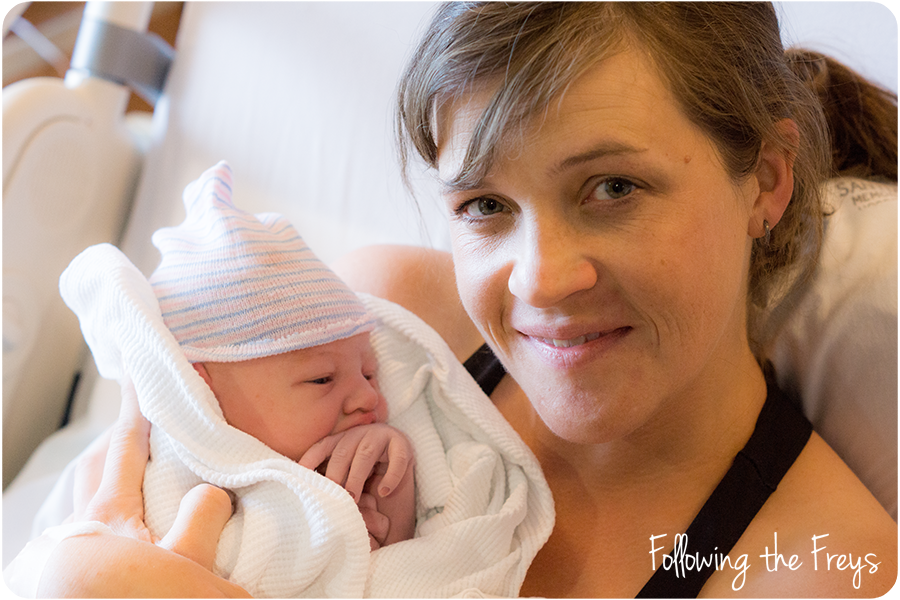 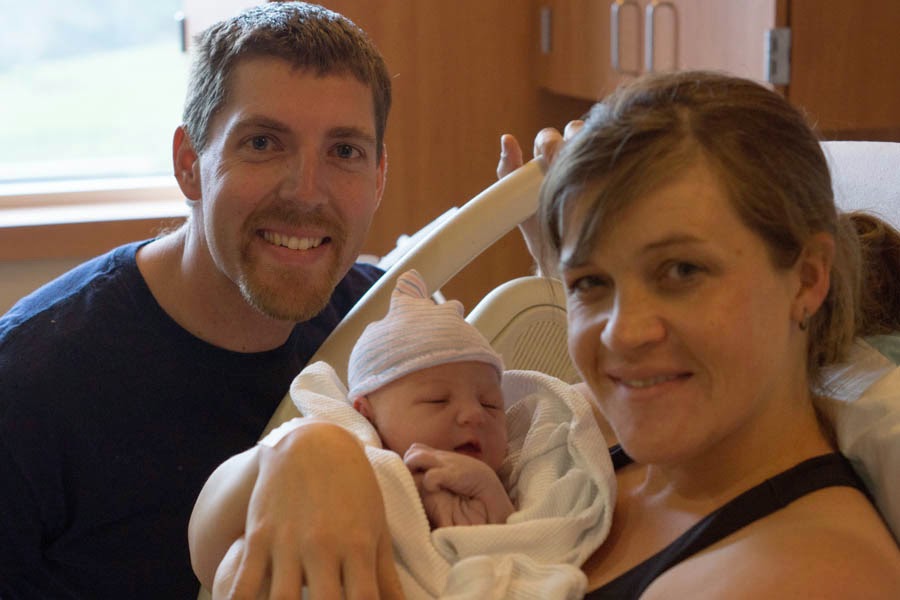 There were no complications in the birth itself, and we spent a nice quiet two hours afterwards with just the three of us (and the doctor and nurses of course...)  But then, just as a large group of family arrived to meet her, the nurses discovered that I was bleeding heavily.  So, Brian took Kate to another room and I missed out on our boys and the grandparents and others meeting her for the first time.  I got to spend a painful and anxious hour or two as they tried to stop the bleeding.  There was talk of a visit to the operating room and things were starting to get a bit tense (poor Brian was running back and forth between the happy relatives and the bustling, tense room where he wasn't quite sure what was going on with his wife or how serious it was), but thankfully they were able to get the bleeding to stop without critical blood loss. 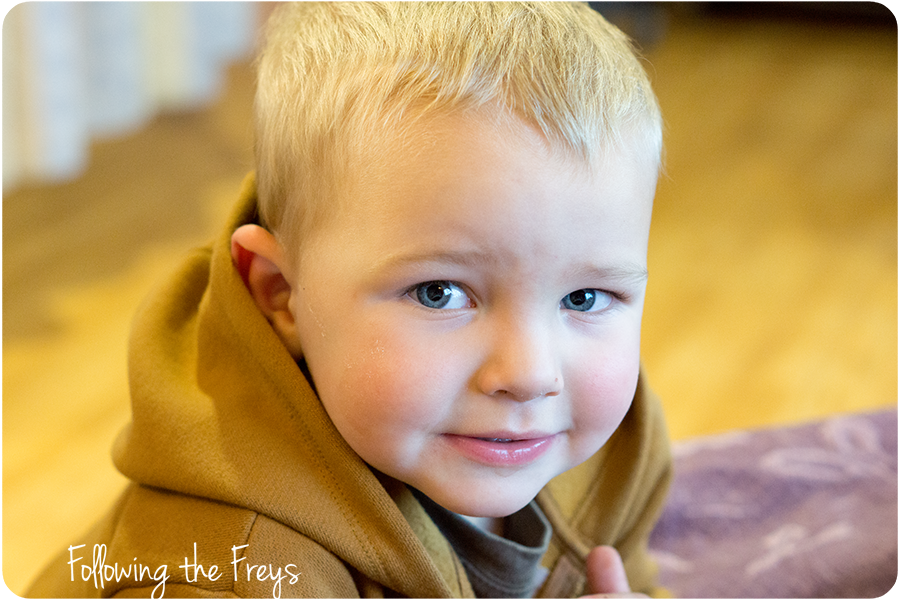 We're bringing her home this evening.  Greg is pretty excited, but this guy isn't too sure.  She's fun and all, but Caleb told us that we didn't need to bring her home.  Pray for a smooth adjustment to being a family of five! 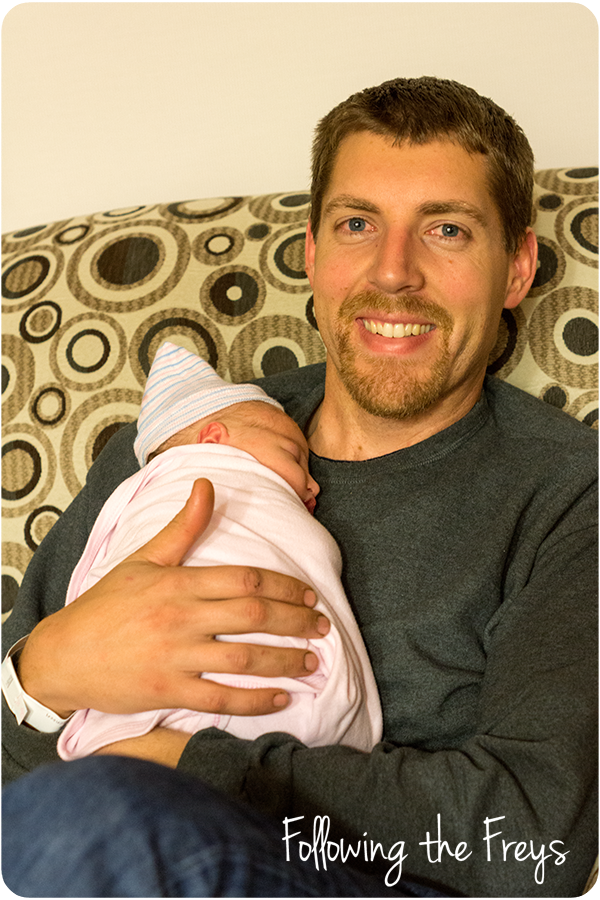 Congratulations! A beautiful baby with a beautiful name. And we share the same birthday :-) Praying for you all as you bring her home.

Brian and Susan!! Just a month an a half later, I looked on your blog to see what you had... sorry it took me so long. I am not on FB enough to see the announcement when it happened, and I just remembered today to check :) Very excited for her arrival - she's just beautiful... and the boys so handsome. God designs beautiful children for you to raise :) Love ya and great to read your wonderful news!