Lots of photos for you this week! 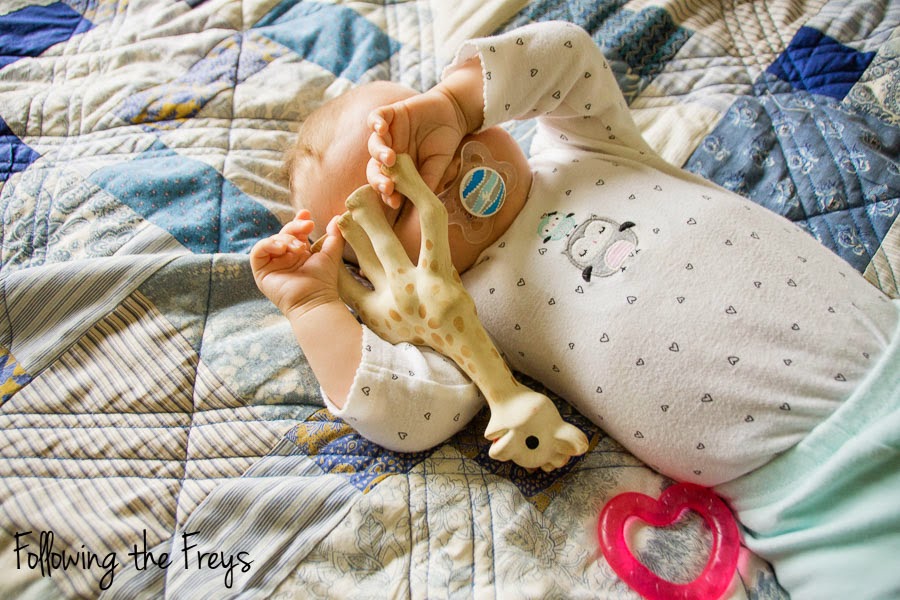 Someone fell asleep while playing. 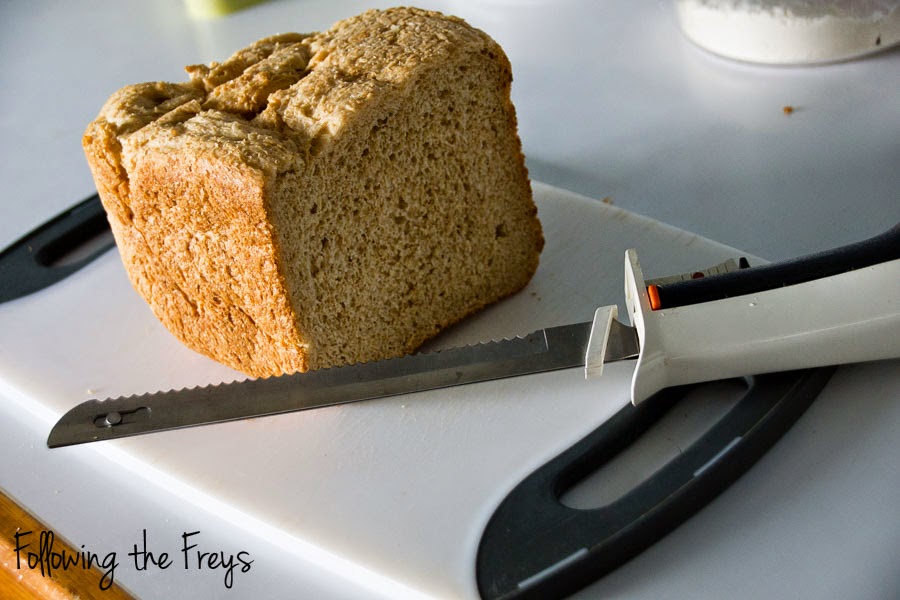 Funny story... this electric knife was in the cupboard when we bought our house, and in the five and half years we've owned this house, I've never used it. I thought electric knives were only for like carving turkeys and stuff.  We only eat turkey once every few years here.  It wasn't until just recently that I realized it is the best thing for slicing homemade bread.  Way better than just a regular bread knife. I use it ALL THE TIME now.  I feel silly that it has lived in a box all these years. 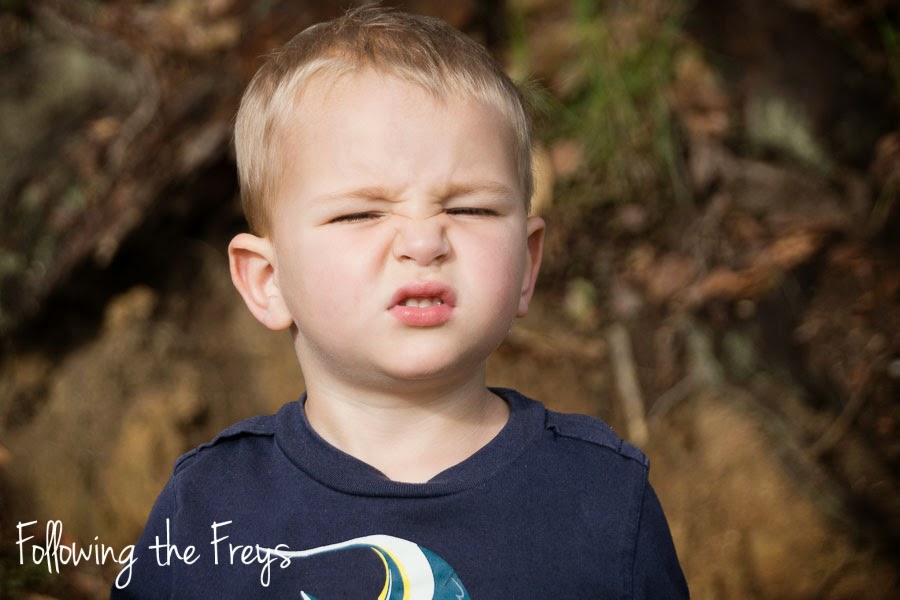 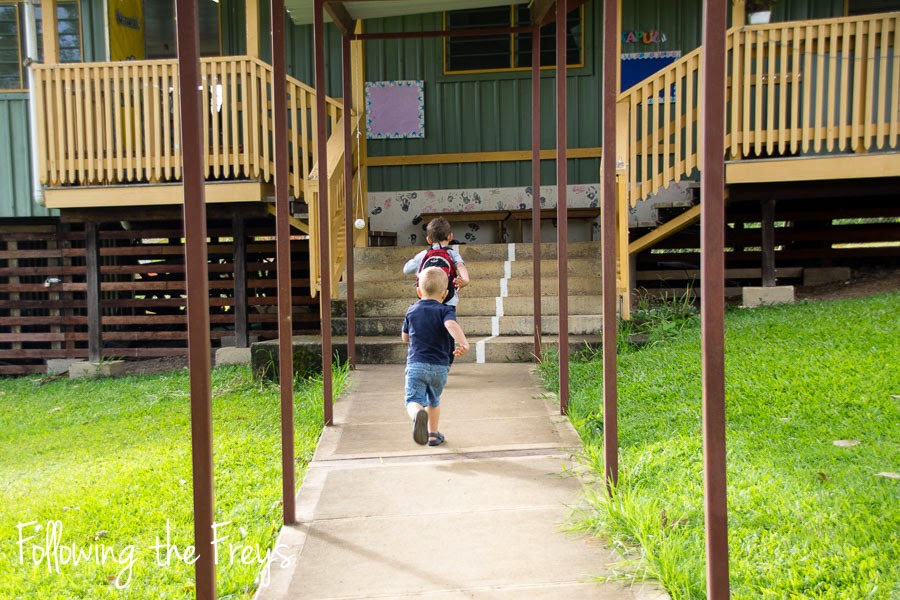 This week was dominated by our Branch Conference.  The boys spent the morning in a child care program.  Caleb was soooooo excited to get to go to "school" with Greg. 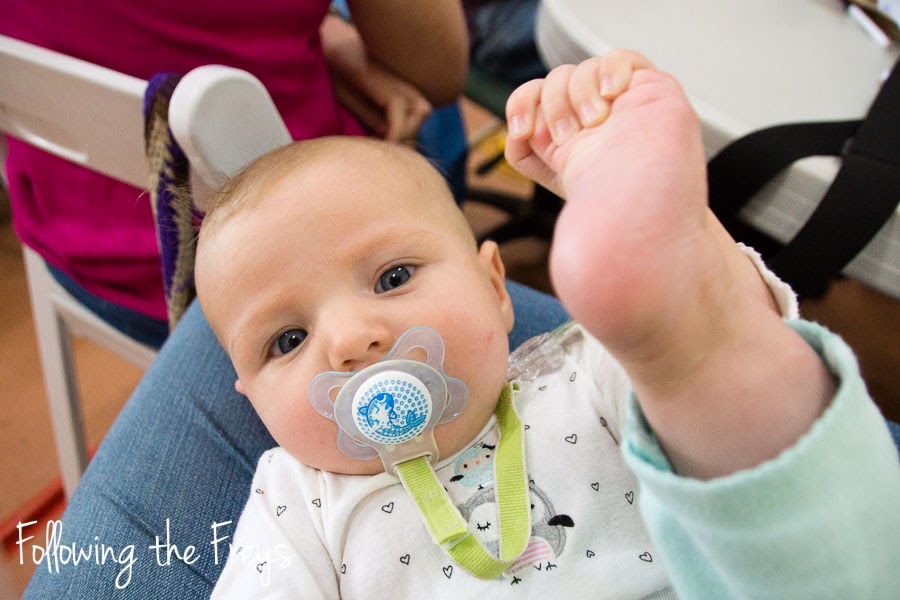 I would bring Kate with me to conference in the mornings.  In the afternoons I would stay home with all three kids and would attempt to listen to the audio feed over the intranet.  "Try" being the operative word with the kids making lots of noise and needing attention. 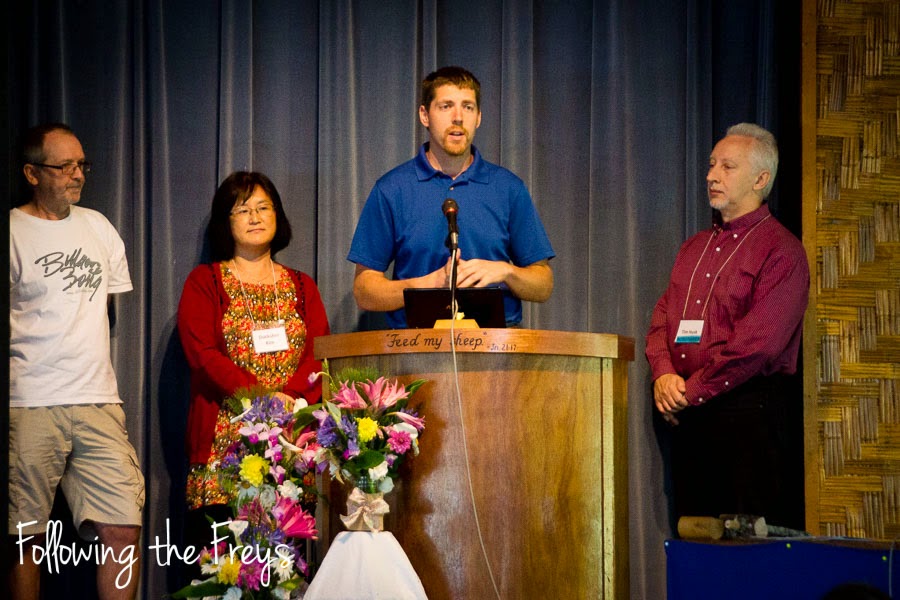 On the last day, our newly-appointed Director (left) introduced the three associate directors who will be helping him govern the branch over the next two years.  (As you can see, Brian is the tallest of the new directorate team!) 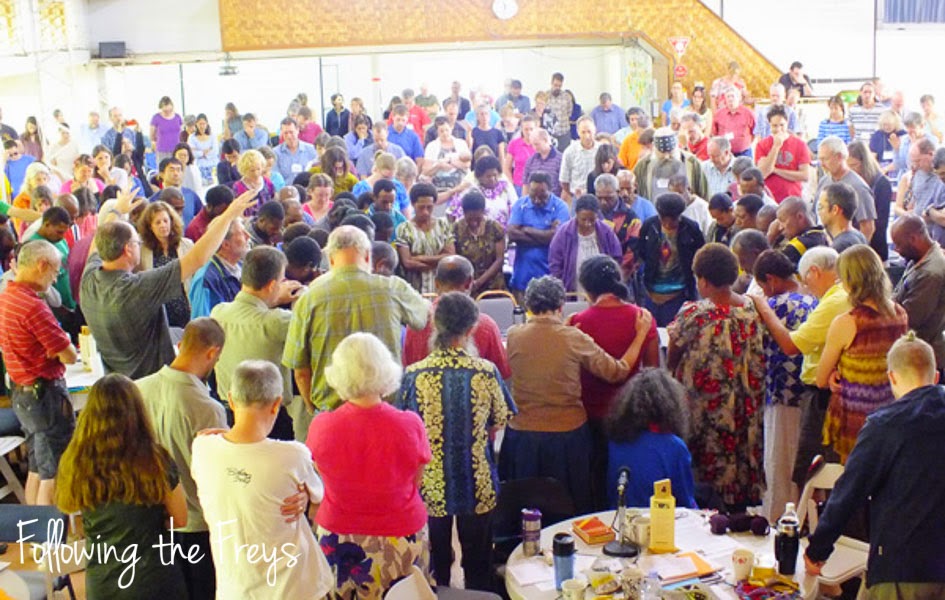 Conference ended with a spontaneous prayer surrounding the Papua New Guinean colleagues who were in the room with us. [photo by Phil King] 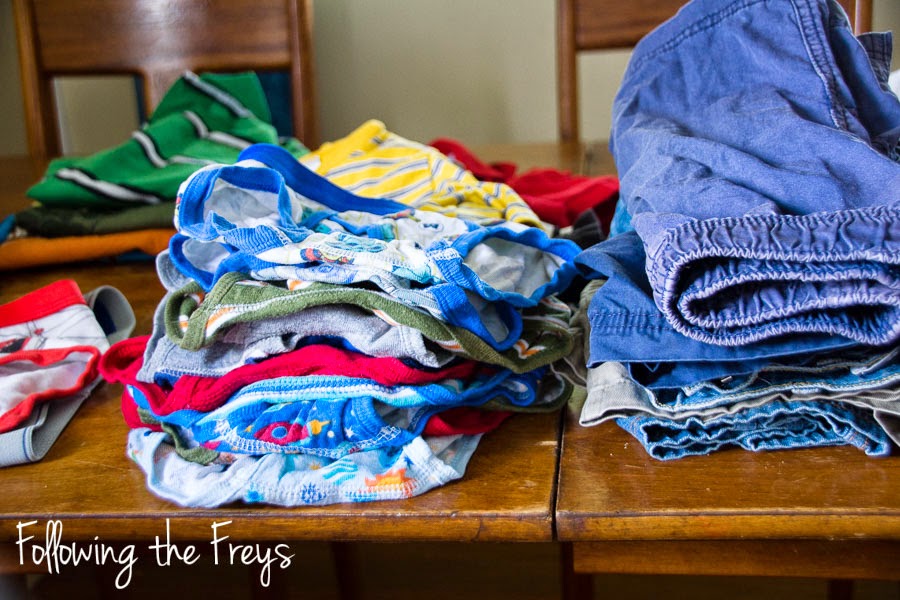 As I was folding laundry I decided to snap this photo of a large pile of little boy undies and shorts.  A huge part of my life right now has been the on-going process of potty training.  I may be a missionary serving in a far away country, but in day-to-day life, I'm dealing with a lot of the same stuff that moms back in the States are dealing with.

As I was gathering up my coins and small bills for a trip to the market this morning, I was noticing how beautiful PNG money is, and was thinking how something that has become second nature to me is unfamiliar to you guys.  So here is a photo of the coins (maybe I'll do some photos of the bills next week) 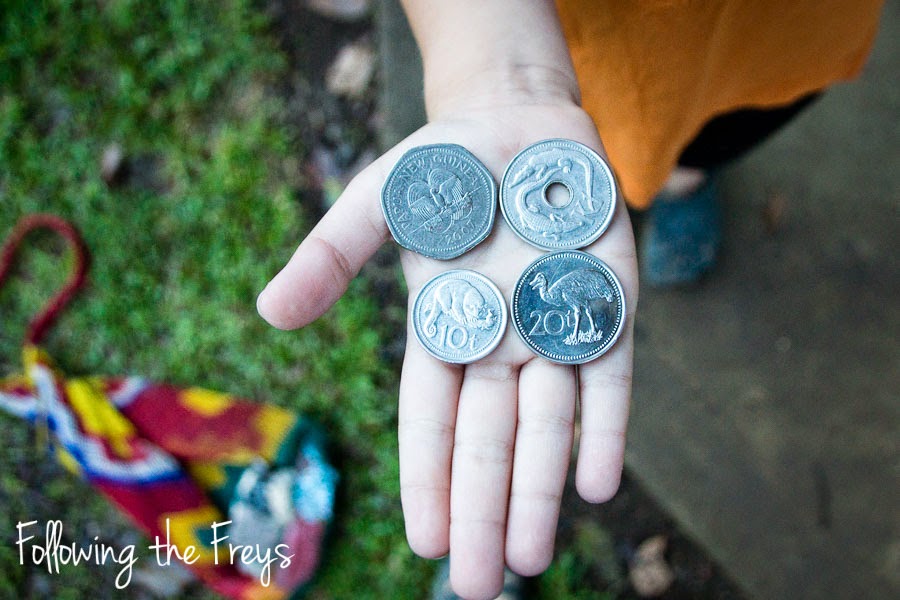 Top left, with a picture of a bird of paradise, is the 50-toea coin.  The crocodile one with the hole in the middle is the One Kina coin.  On the bottom left we have a 10-toea, featuring a cuscus, and finally, the 20-toea with a picture of a cassowary.  There used to be a 2 Kina coin, but I haven't seen one of those in ages.  There is also a 5-toea coin, but it's used so rarely that sometimes at the store they will give you a small piece of candy with your change instead of a 5-toea coin.


So what will these coins buy you at the market?  Let's find out... 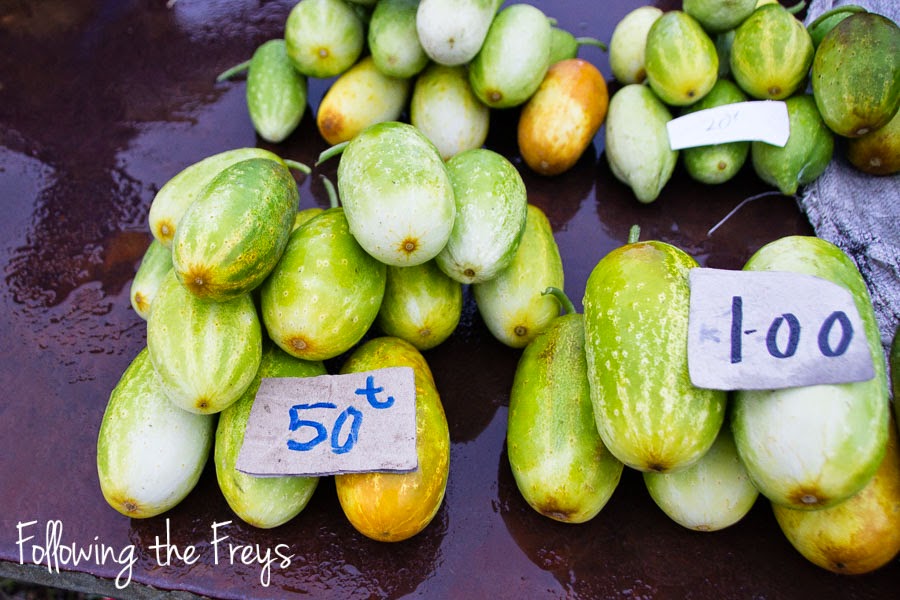 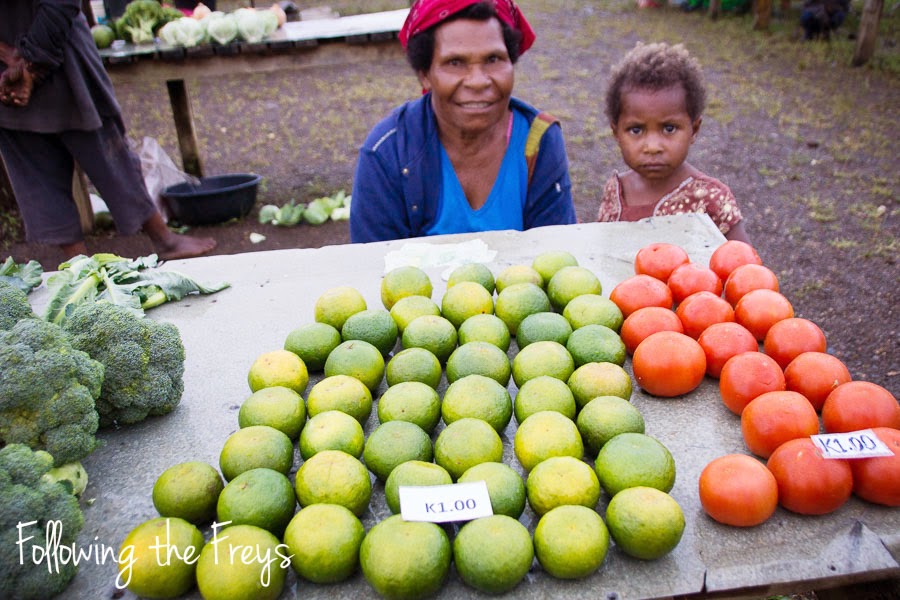 K1 will buy you a sweet mandarin or a nice tomato.  (It's the beginning of the season for the mandarins... they will go down in price as they become more readily available). 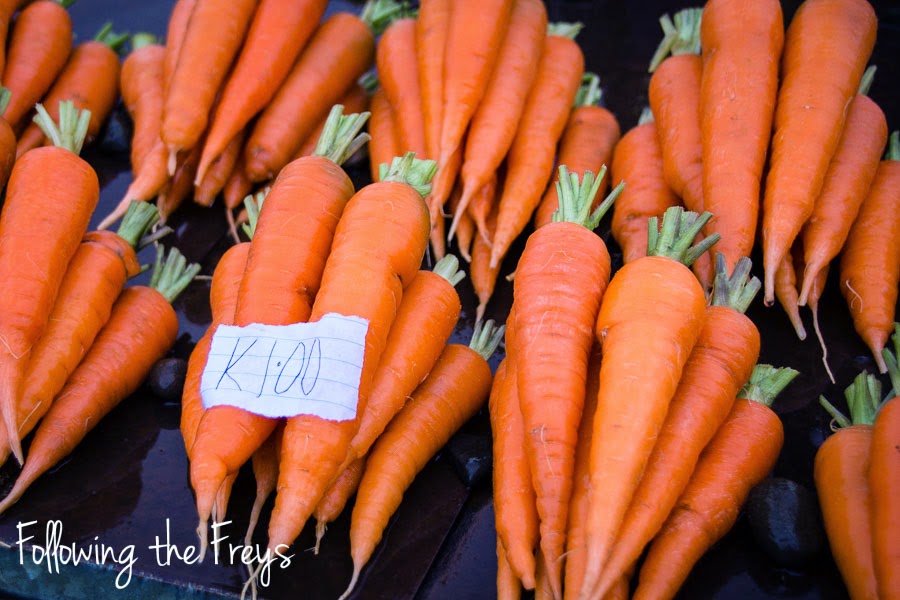 Or a bunch of carrots. 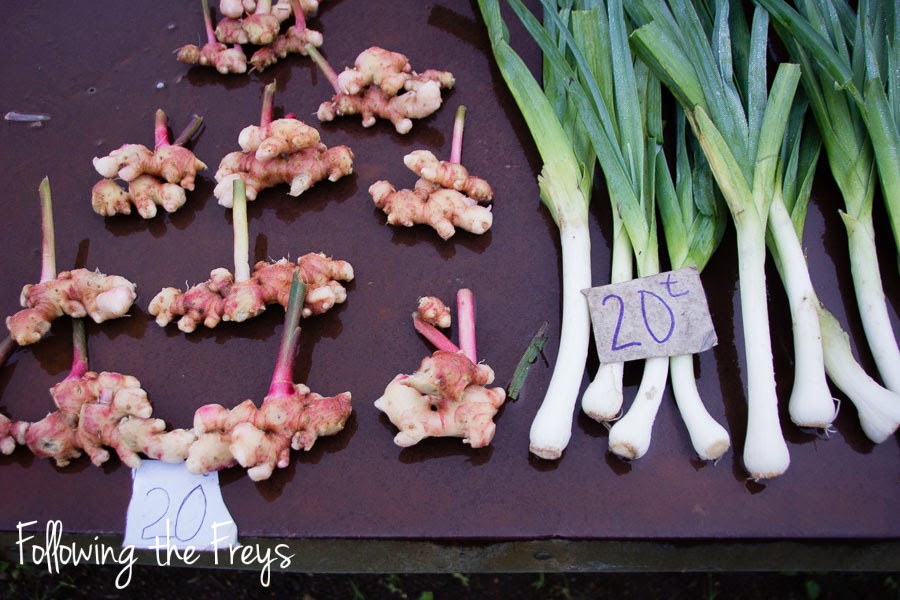 20t will get you your choice of a green onion or some ginger. 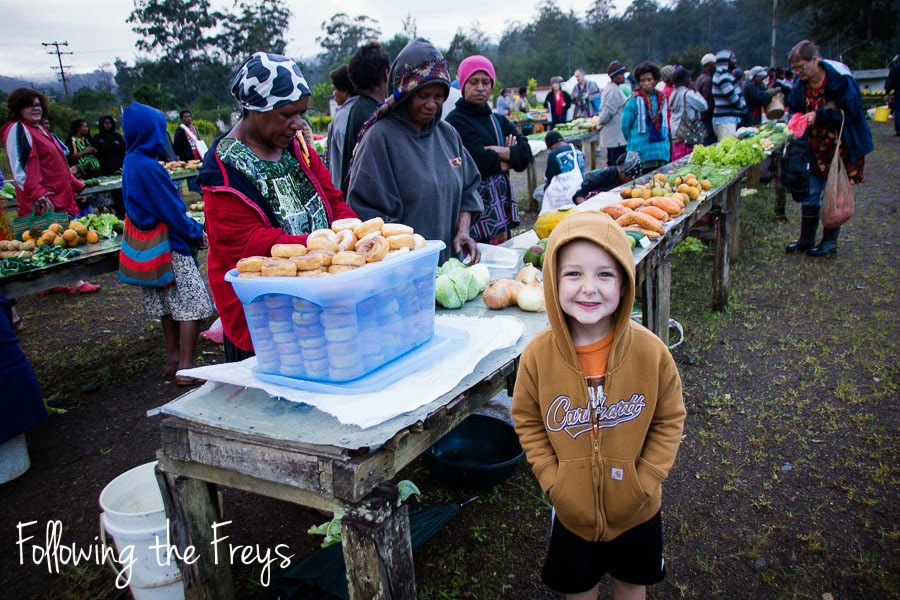 Because it will buy you a doughnut!

That's all for this week.  See you next Friday.