As you may remember from last week's post, last weekend was Sports Day here in Ukarumpa.  Friday afternoon there was a fair amount of rain, and so on Saturday it looked like this around the bleachers: 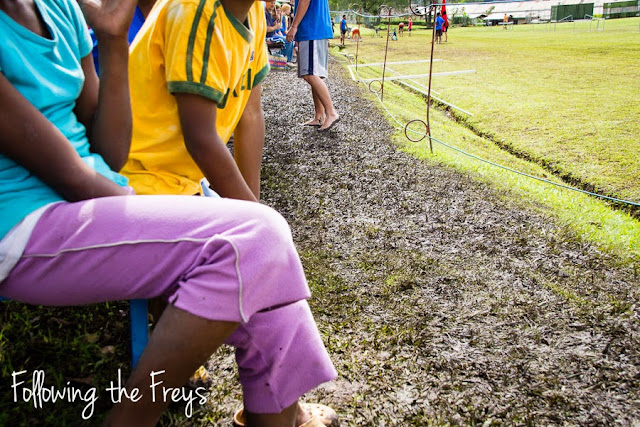 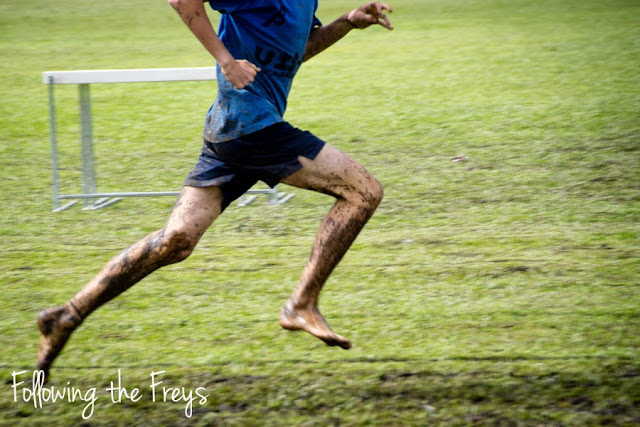 The field was much the same, so many of the athletes elected to compete barefoot. 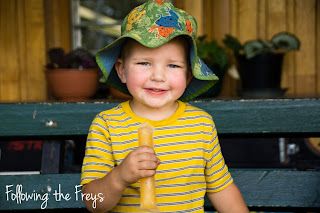 Cooling off with an ice pop. 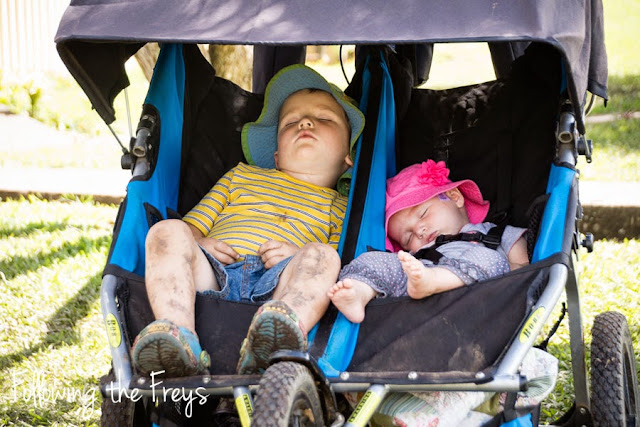 We waited around all day for Greg's relay race.  These two took a little nap in the shade. Greg racing toward the finish line with his friend and teammate running alongside to encourage him. 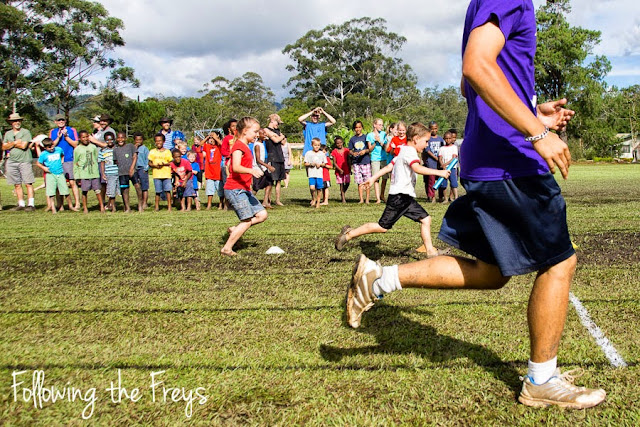 Yes, my son insisted on running in his Crocs.  He lost one just before the finish line.  He was the last one over the finish line in his heat, but he didn't mind.  I think he really enjoyed getting to run in front of an audience. 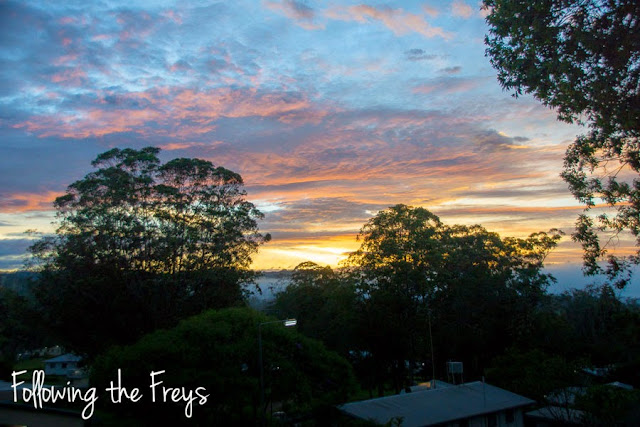 I woke one morning to a jaw-dropping sunrise.  Of course, in the two minutes it took me to grab my camera and step outside, it had turned into just a pretty sunrise.  Since we're so close to the equator here, the sun rises and sets pretty rapidly, which means brief sunrises and sunsets.  Really pretty ones are much rarer here than they are in the States. 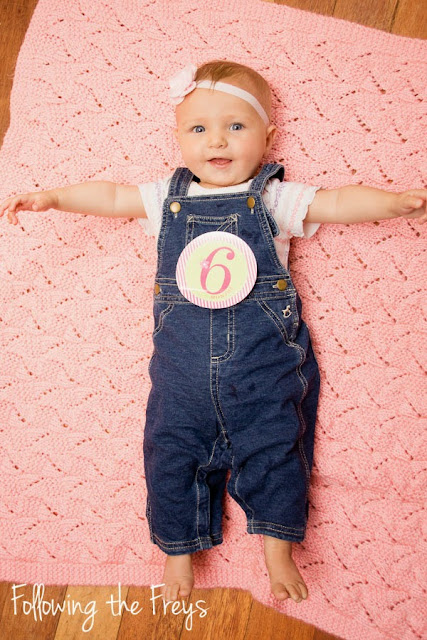 Six months old!  This week she discovered consonants, so we've been hearing a lot of da-da-da and ga-ga-ga.