This week is "Cry Week" in Ukarumpa - the week after graduation when many families, especially those of graduating 12th graders, leave Ukarumpa for furlough.  It's called cry week because every morning there is usually an emotional crowd out at the airstrip as many of the teenagers say goodbye to their classmates, unsure of if or when they might see each other again as they scatter across the globe.

When it comes to goodbyes, I would have to say that Brian and I fall in to the "avoidance" category.  We would rather not make a big deal out of goodbyes.  We don't usually go out to the airstrip to see people off.  We're more likely to casually talk to the person who is leaving a week beforehand and leave it with a "I'll probably see you again before you go..." even if you don't really know that you will see them again.  Whether or not that is a healthy long-term strategy remains to be seen.  So at our house, the only crying has been of the normal "household with small children" type. 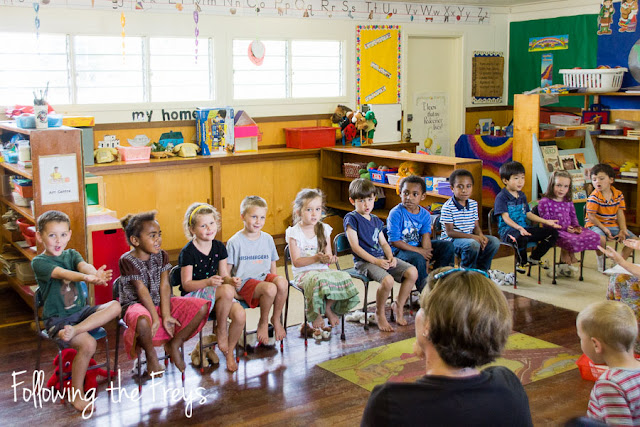 Greg finished up preschool with a little class program for the parents.  Can't believe he'll be starting Kindergarten in a month! 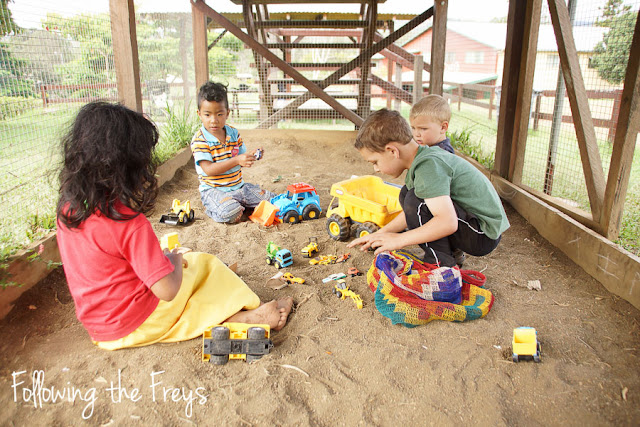 The boys needed a new building site, having already exhausted all of the dirt areas around our house.  We took them to the playground to play in the sand box, and they found some friends already there. 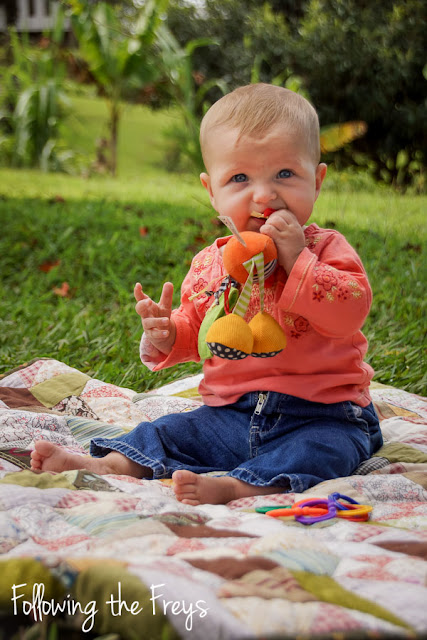 Kate happily sat on a blanket while Brian and I read books. 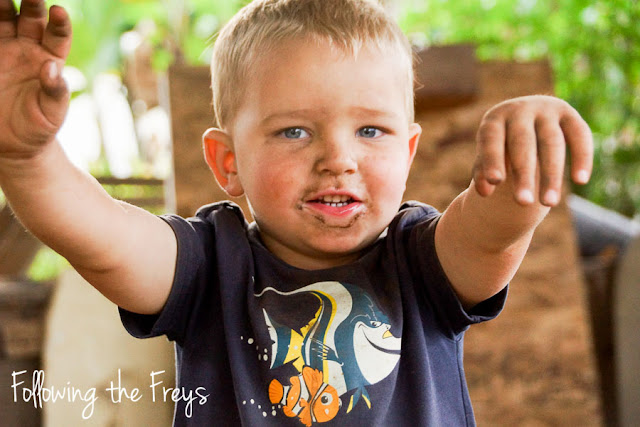 Someone needs a bath... (this is pretty typical.) 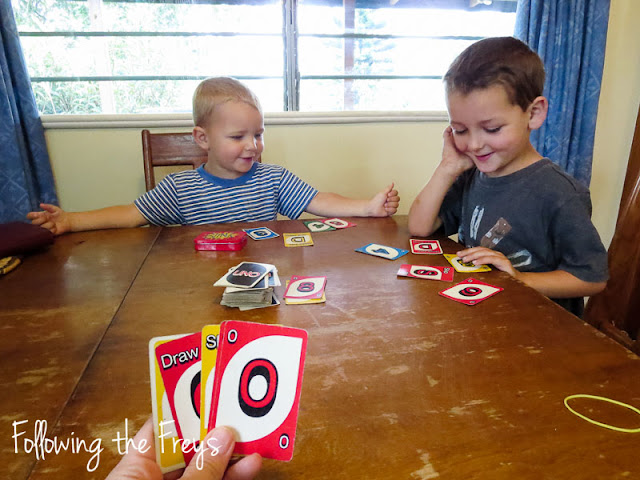 Since the weather has been mostly dreary, we've had to find some new things to do inside.  When we brought out the Uno cards I was surprised and delighted to find that Caleb can actually play with us now, having a good grasp on his colors and numbers.  (The bigger surprise was that he was actually willing to play by the rules!) 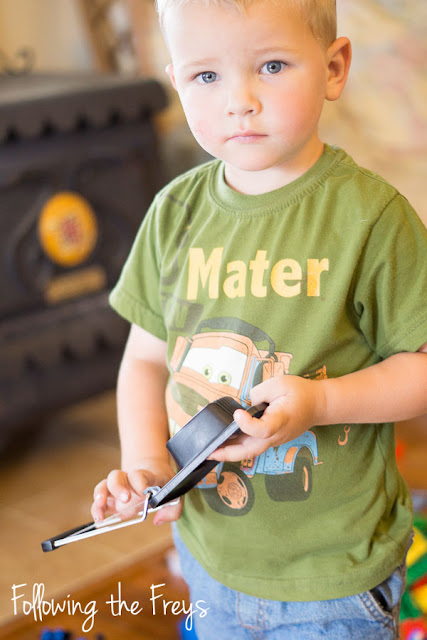 This kitchen gadget is meant to slice hard-boiled eggs, but it rarely gets used for that purpose in our house.  Instead, it's Caleb's favorite instrument.  He loves to strum on the wires as he makes up little ditties about whatever pops into his head.