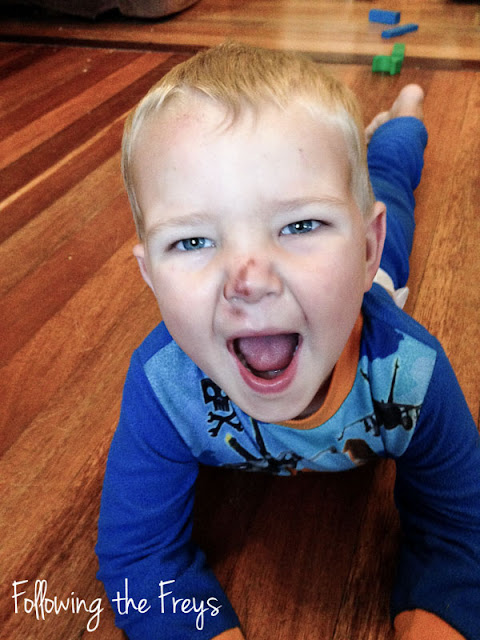 Caleb is having a really rough week injury-wise.  Saturday he fell off a bed and got a cut in his scalp that required stitches (yes... again!!), but only three this time.  Then a few days later he tripped on the stairs and scraped his nose and lip up on the concrete.  The following day he slammed his fingers into the door of the truck!  But as you can see, he is taking it all in stride! 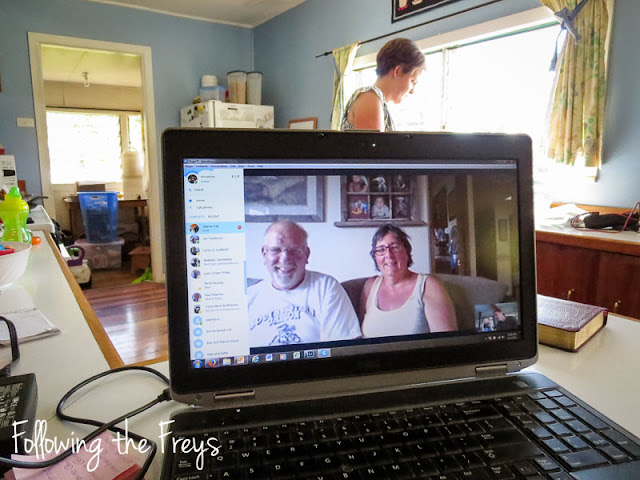 Sunday Skype chat with Brian's parents (if you look close you can see Greg taking the photo). 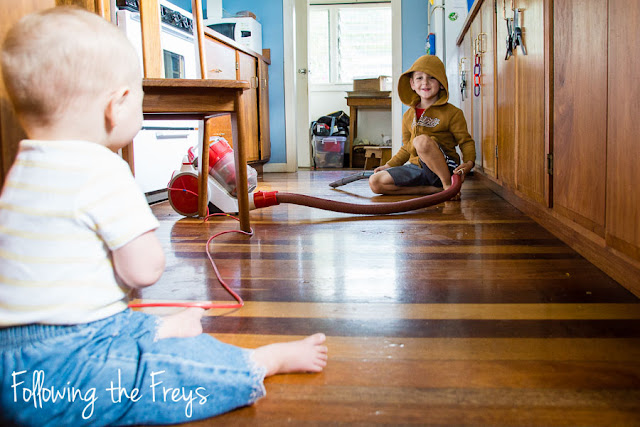 Greg has really gotten into vacuuming this week.   I had to set a time limit for how long he could use it.  Of course, he was mostly trying to suck up ants, but my floor did get a little cleaner in the process. 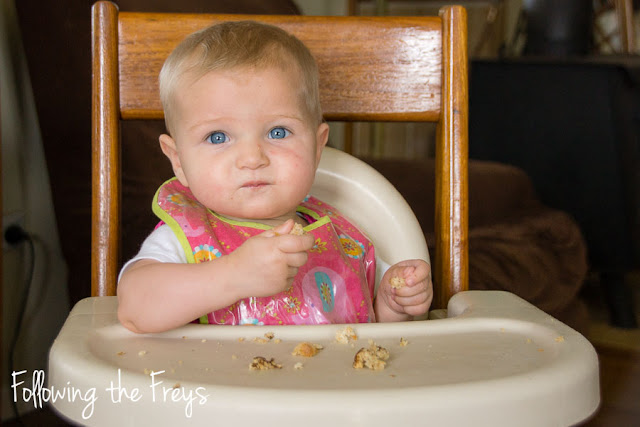 And here is the rest of our clean-up crew.  She happily gobbles up whatever is left on her brother's plates after a meal. 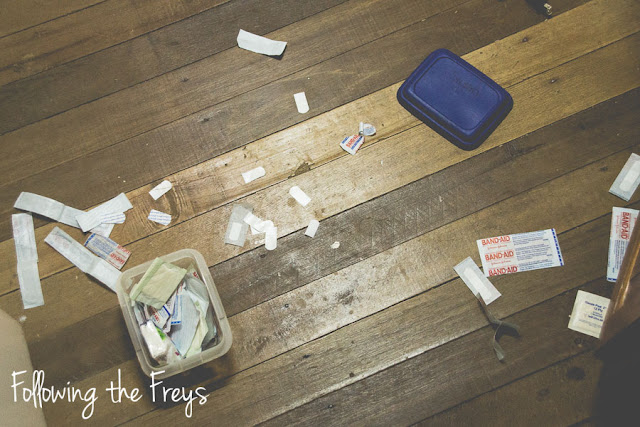 Greg didn't like it when I told him that his scraped knee didn't merit a Band-Aid.  This is what I found later on... I think he put on six. 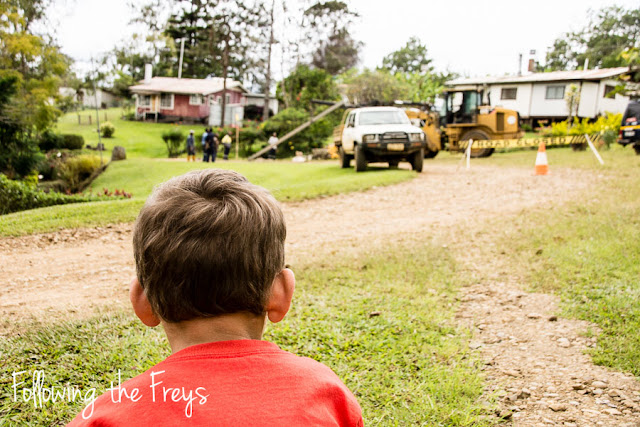 Watching a new power pole go up across the street.  This is part of an extensive upgrade of our center-wide electrical system which Brian has been heavily involved in (the planning that is, not the actual work).  The whole project has been dominating dinnertime conversations for months, so it's nice to see something tangible starting to come of it!  (Brian would give you tons of technical details about the project, but he's not the one writing this blog, is he?) 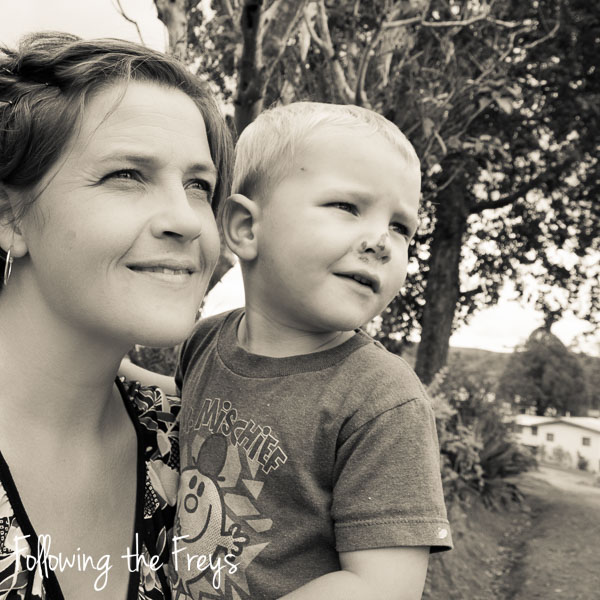 We sat at the end of the driveway and watched too. 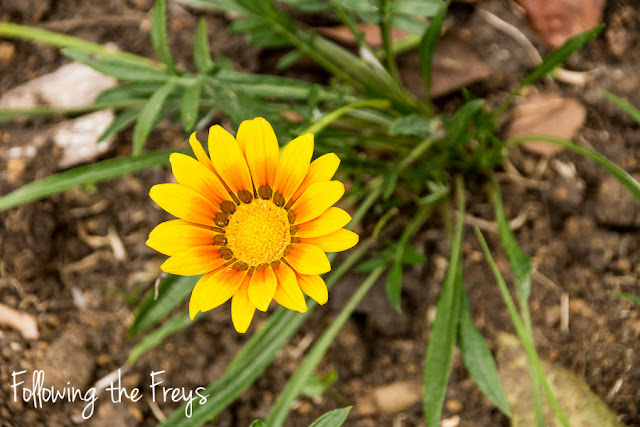 Flowers are starting to bloom in my new flower bed!

And Brian left yesterday on yet another trip to the far corners of PNG.  This time he is off to a Bible dedication celebration on Sudest island.  Though I do envy his chance to see new places, I don't envy him the 10+ hour boat ride he will take today to reach the island.  He told me on the phone last night that the boat may be a bit more crowded than they expected, as they will only have one boat instead of the expected two.  They may have around 30 people riding on a boat that Brian says will fit "8 or 9 expats comfortably."  It's within the safety regulations and they aren't overloading the boat dangerously or anything.  It'll just be... well, cozy. 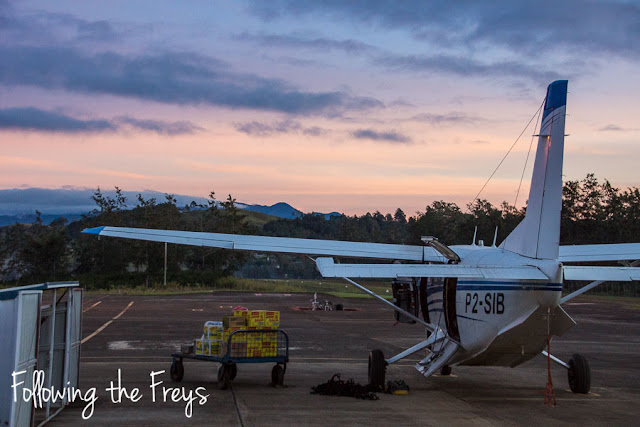 We went out to the airstrip just after 6am.  We were thankful that skies were pretty clear and it wasn't foggy. 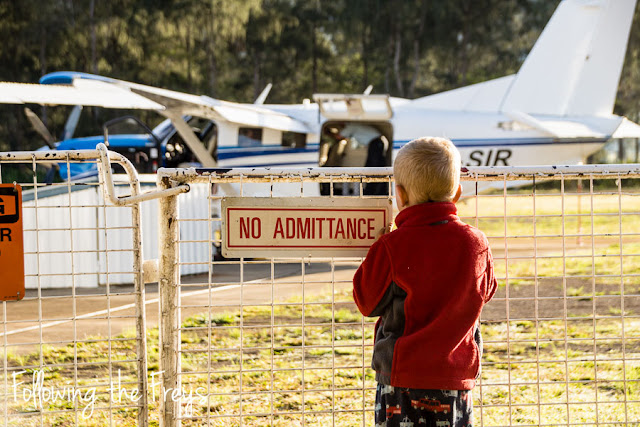 Watching Daddy board the plane.

While Brian is gone I've got evenings to myself.  Last night I sewed up this dress for Kate.  I can't believe that I finally have a little girl to sew for, and yet this is the first dress I've made for her.  (Maybe it's the fact that I was pretty overwhelmed with the whole parenting three kids thing for the first six months...) 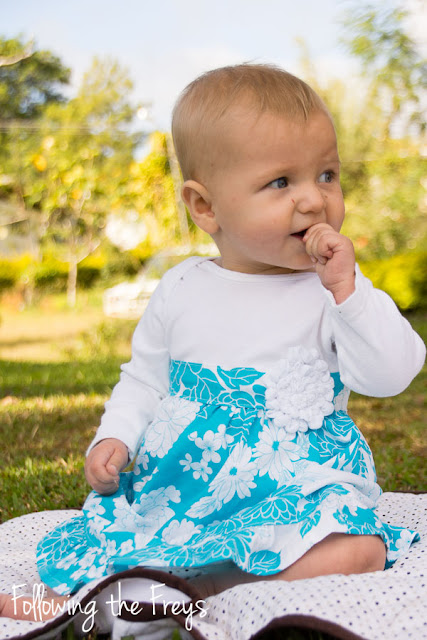