Another Friday, some more photos for you:

Greg's birthday party was a success.  The best part I decided, was the fact that when the extra five little boys left, my house was still clean!  They did all of their eating and playing outdoors, which was wonderful. 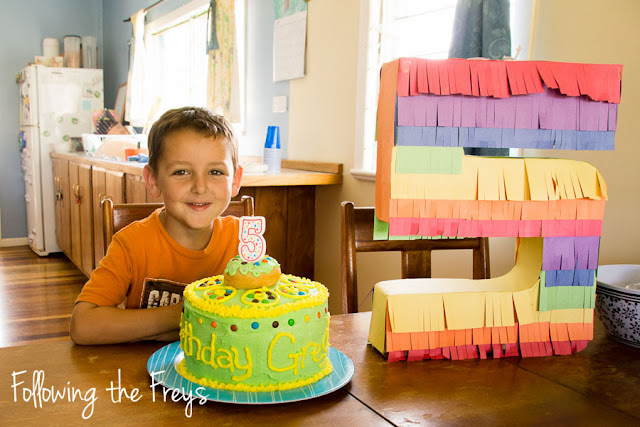 Greg with his birthday cake and piñata. He had given me very specific instructions about how to make his "donut" cake.  Pretty easy for me, I guess. 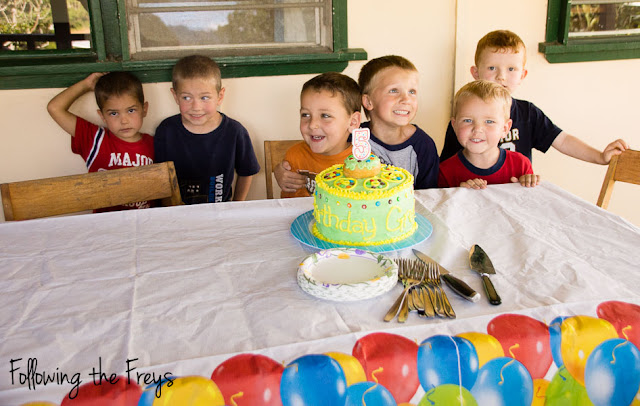 Greg and his buddies (one PNG friend arrived later).  I had told Greg he could only invite five friends to his birthday party, but in the weeks leading up to his birthday he kept inviting other kids in conversation.  So I really hope there aren't any disappointed kids out there who got a Greg invite, but not an official invite.  (Blame the mom!) 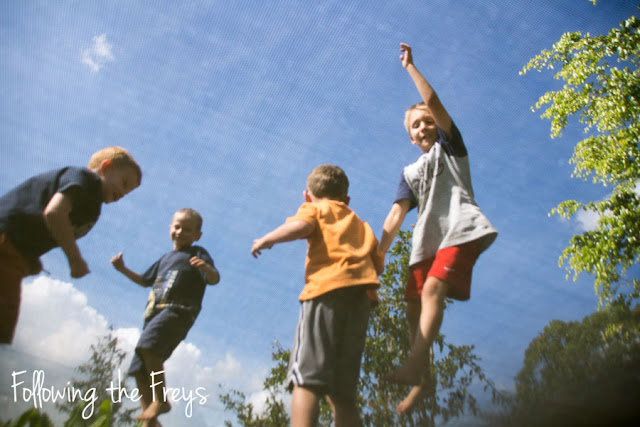 Jumping on the trampoline. 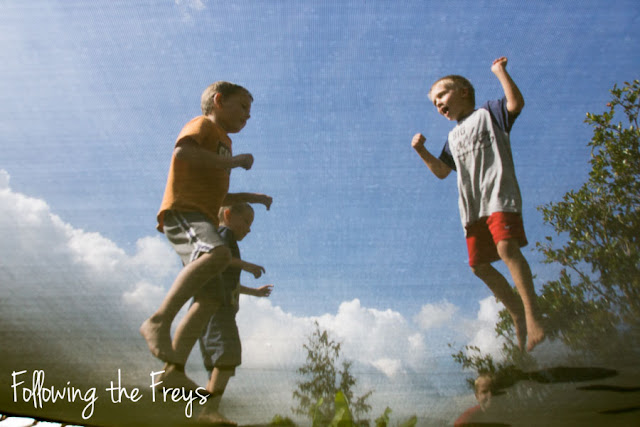 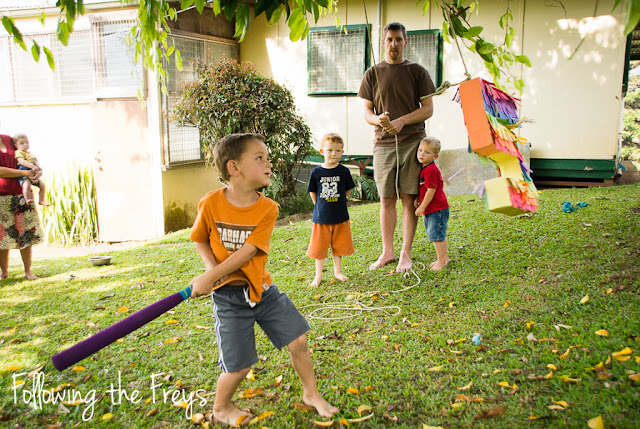 And of course, the piñata.  I had taken extra care to make it strong, because I didn't want it to burst open with the first whack.  I guess I made it too strong, because each kid got several turns before we saw any candy.  One birthday guest lamented, "Our parents are going to come pick us up before we break it open!" 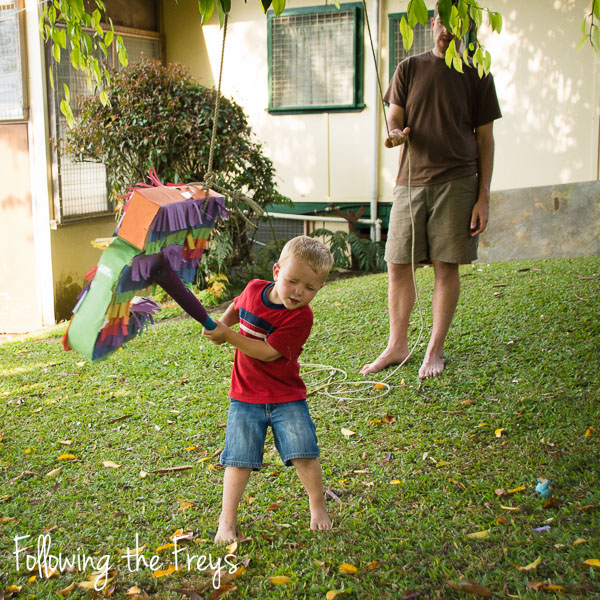 Caleb took a turn too. 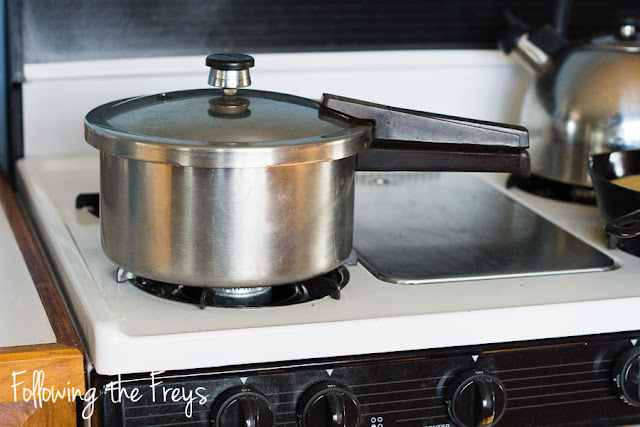 A friend recently upgraded to a larger, newer pressure cooker and so I got her hand-me-down.  A pressure cooker is one of those things that I kept hearing about from other missionary ladies here, but I had resisted getting one.  I'm glad, however, that my friend convinced me to give it a try.  So far I've only used it to cook beans and rice, but I'm very happy so far.  We buy fresh beans (like black beans, etc) at the market here.  I used to boil them on the stovetop for 30-40 minutes.  The pressure cooks them to perfection in just 4 minutes.   I've also heard it does wonders for the tougher cuts of meat.  (We rarely eat beef other than ground beef because it's usually pretty tough).

Next I'm going to try making chicken stock in it, instead of in the crock pot overnight.  I'm hooked, and I think I'm going to have to keep an eye out for someone selling a larger one, because my 4-liter size somewhat limits the cooking possibilities. 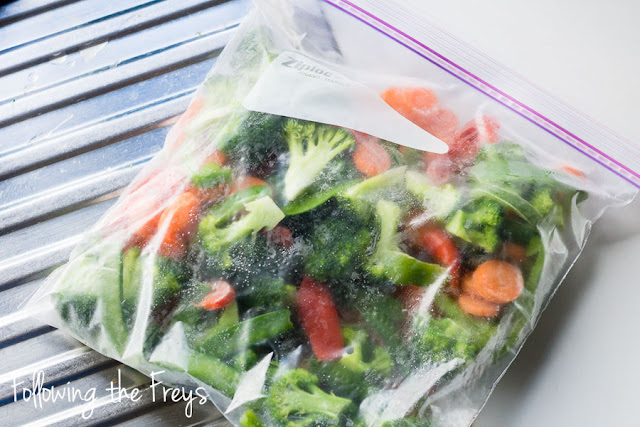 This is Ukarumpa-style convenience food.  Last night I made a stir-fry for dinner, and I prepared a double batch so that I could freeze the extra chicken, marinade and veggies.  So a convenience meal later on means that I still needed to chop, blanch, freeze and package the veggies ahead of time!  The same goes for many other "quick" dinners here.  I stock my freezer with homemade hamburger buns, tortillas, etc.  They make for a quick meal later on, but they are still a fair amount of work at some point!