Happy Friday morning everyone - or for those of you on the other side of the globe, happy Thursday afternoon.

Since school break was almost over, we decided to take a little family mini-vacation in Lae (the port city about three and a half hours drive from where we live) this past weekend.  It just so happens that Saturday was also my (Susan's) birthday. 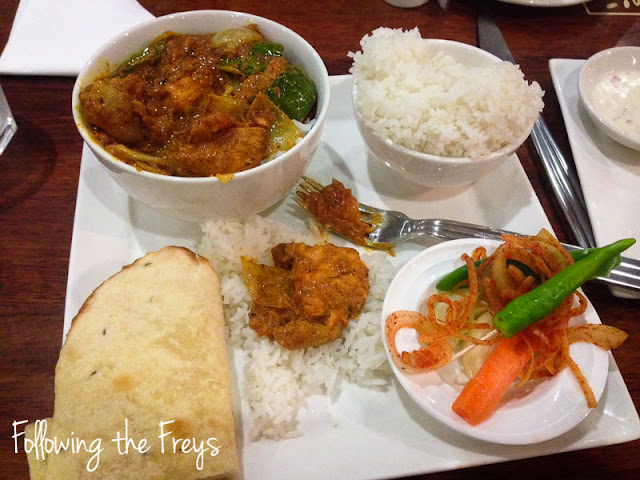 So for my birthday we went to one of the fancier hotel restaurants for a nice dinner.  It was delicious, and not cooking for myself is always a treat.

The birthday dinner, while nice, was also a good reminder for us of how hard it is to do dinner out with little kids here in PNG.  I'm not aware of any dinner restaurants in Lae that are super kid-friendly, and nothing opens until 6 or 6:30 at the earliest.  So we had three kids who were very tired after a long car trip and an afternoon of swimming.  Taking them to a nice restaurant... maybe not the wisest idea. 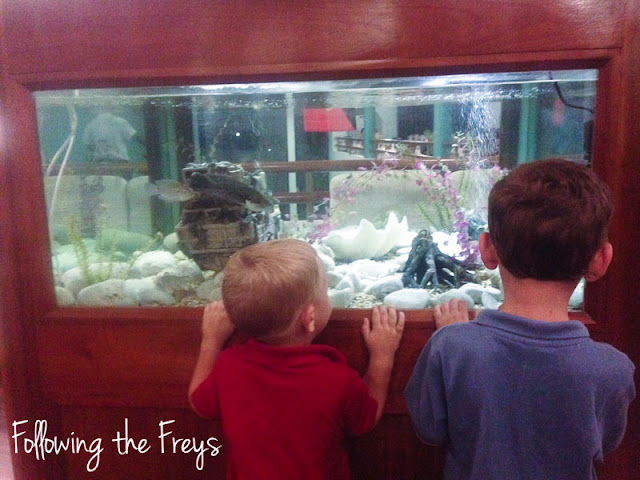 The hotel did have a nice aquarium though, which proved to be a good distraction while we were waiting for our food.

The next night, we just ordered Chinese take-out and ate in our room at the guest house.   Lesson learned! 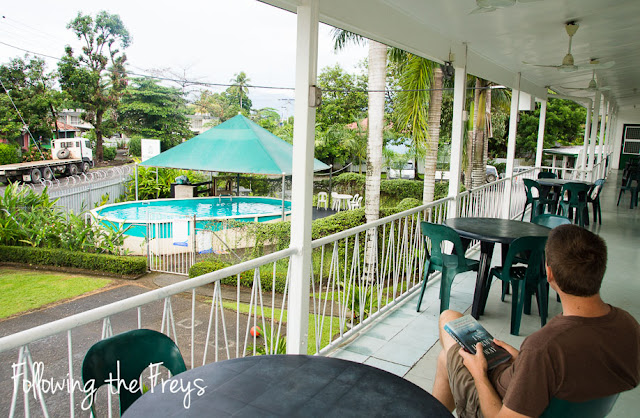 The view from our room.  Just spending two nights away from home was such a good break for us! 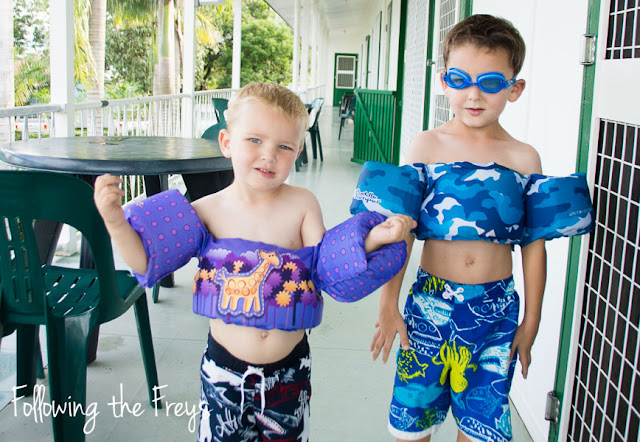 And obviously the swimming pool was a huge treat for the boys.  We don't have a swimming pool in Ukarumpa, and so our boys don't get to swim very often.  I was really hoping we could make some good progress towards learning to swim during this trip.  The boys both got pretty confident paddling around independently with their floatation belts on,  but neither was willing to try it without.  (And don't tell Caleb that he's wearing a girl's one... we borrowed them from friends.) 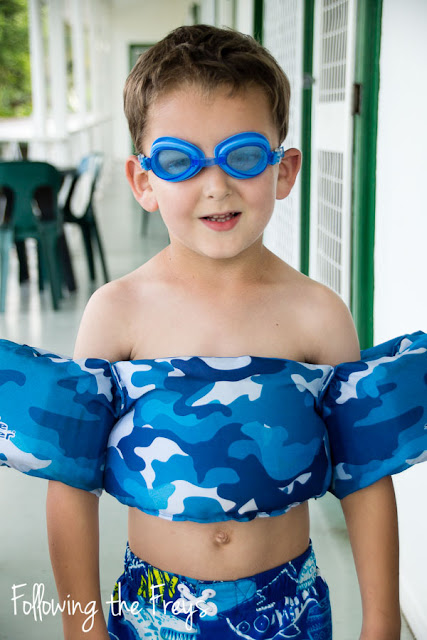 Greg was especially excited about the goggles. 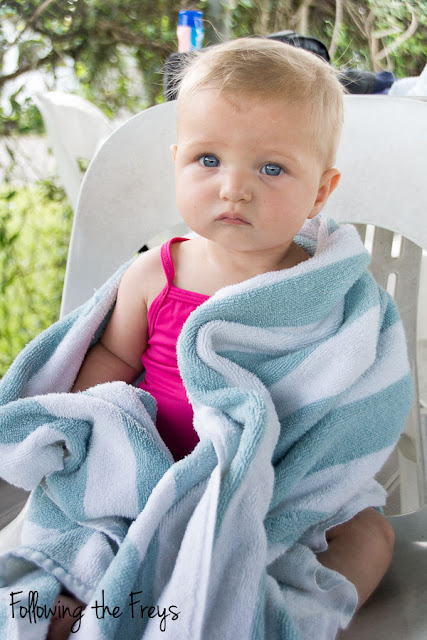 Kate only got in the pool once, and she wasn't too sure about it.  Granted, it was almost nap time, and she kept being splashed in the face by some bigger kids. 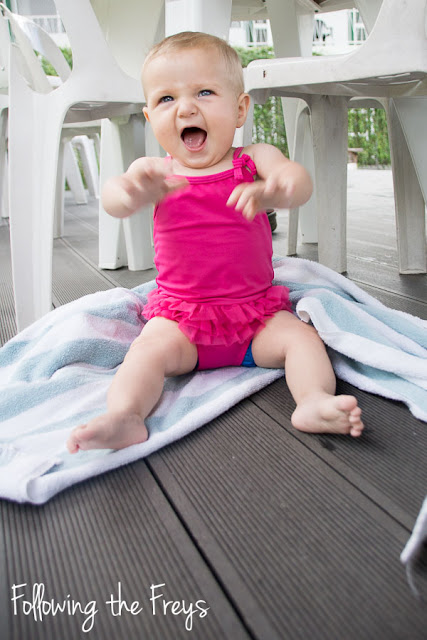 Happier out of the pool... 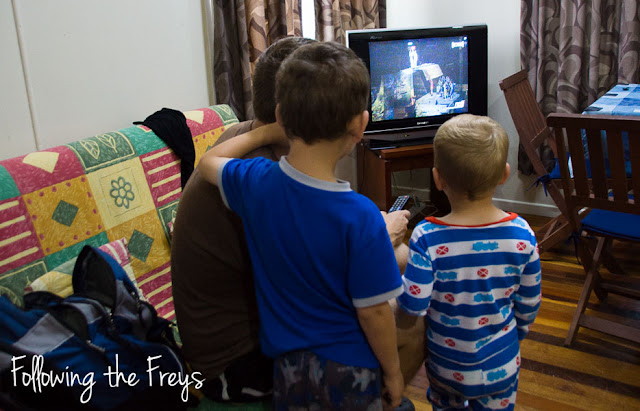 Television is another vacation treat.  The boys were mesmerized by a channel that showed extreme sports - freestyle skiing, surfing, and motorcycle tricks.

Of course, after two nights of sleeping the whole family in the same room, we were also happy to come back home! 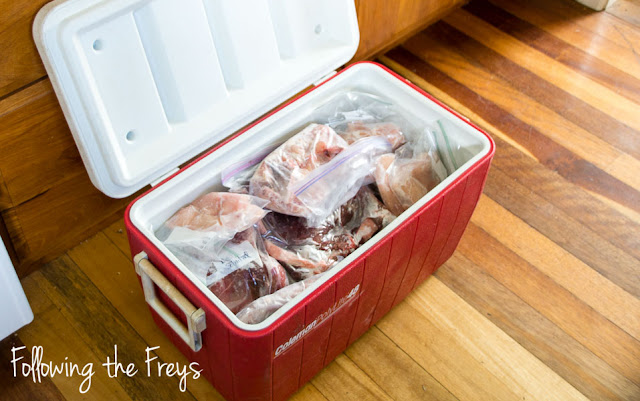 As with any trip to Lae, we did some grocery shopping.  We came back with an entire cooler of meat... we found some good bargains on chicken and pork.  I foresee some sausage making in the near future.  I now have a system down, and I come to Lae armed with my own sharp knives, ziplock bags and a sharpie marker.  When we buy meat in bulk, I'll portion it out while it's fresh, then freeze it in smaller portions while we're in Lae, so that we can just load all the frozen meat in our cooler for our trip home.  It's all ready to put in our freezer here and I don't have to do any more work when we get home. 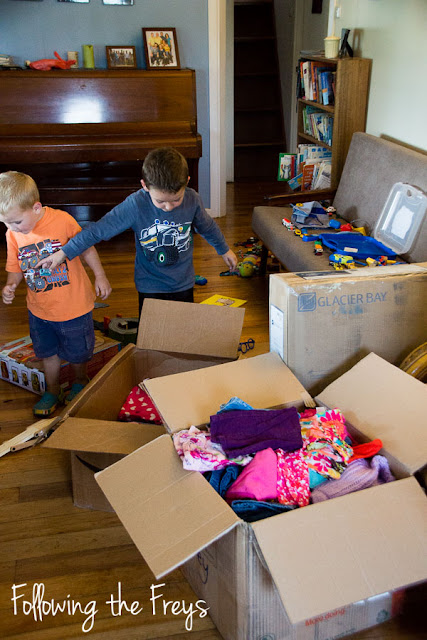 In other news, we finally got the boxes that we had shipped from Colorado back in January.  They traveled to PNG on a sea-freight container, and finally made it to us six months later.  The boxes contained mostly clothes for the kids to grow into and toys and books that our boys had gotten as Christmas presents back in the States.  So it really was Christmas in July as the boys got to play with gifts they hadn't seen since they opened them. 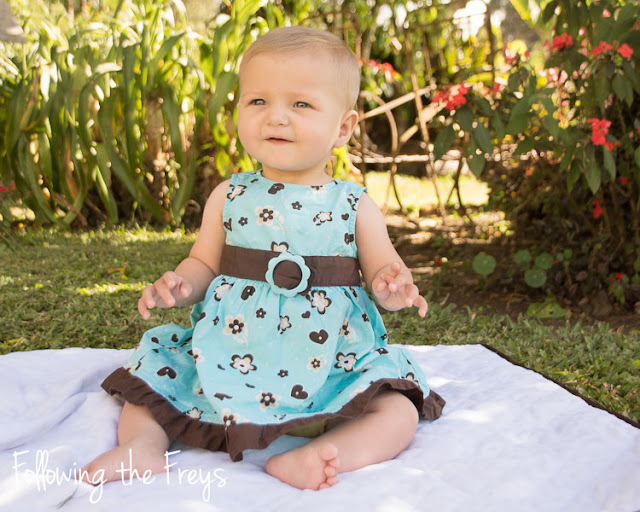 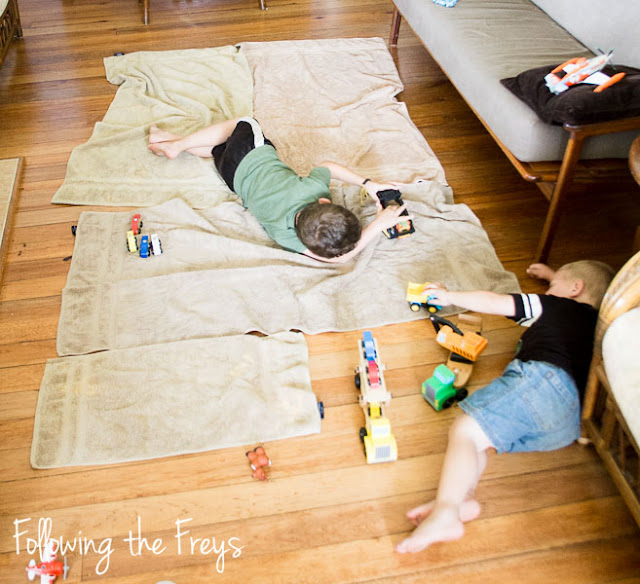 If you ever get tired of playing cars in the dirt, you can always take all of the brown towels and make a desert in the living room.

And the new school year began! 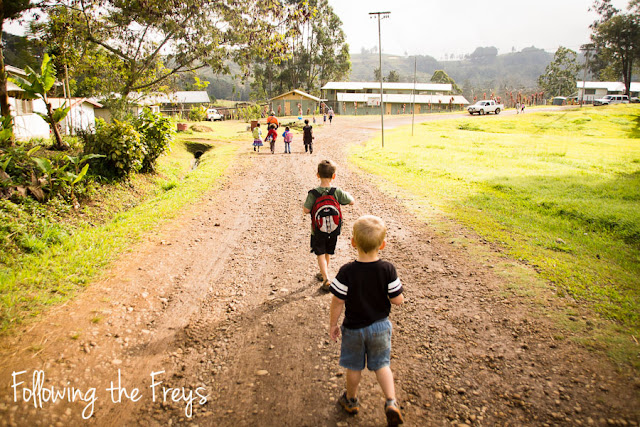 The morning "commute" to school.  It's just a short walk from our house. 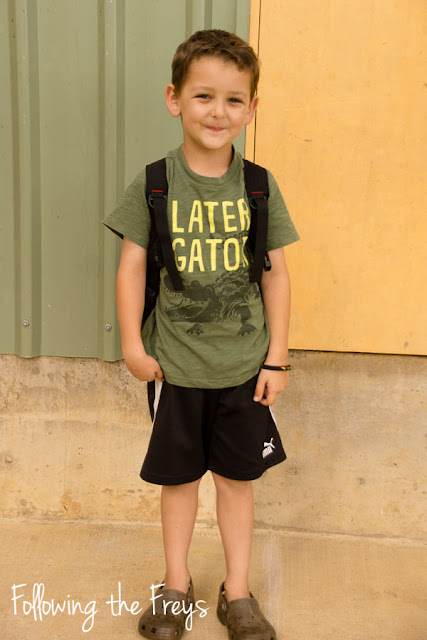 I can't believe I have a kid in Kindergarten! 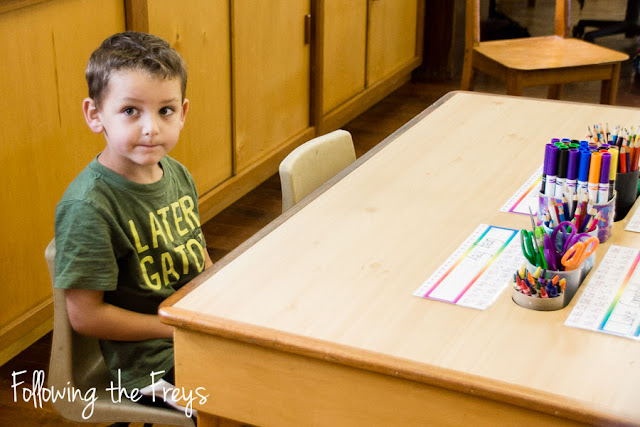 Greg is excited to be back in school.  In Kindergarten he gets to sit at a desk and play in the same playground as the "big kids" at recess.  Big changes for a little guy.

That's all for this week.  Until next time.