Just a few for you this week: 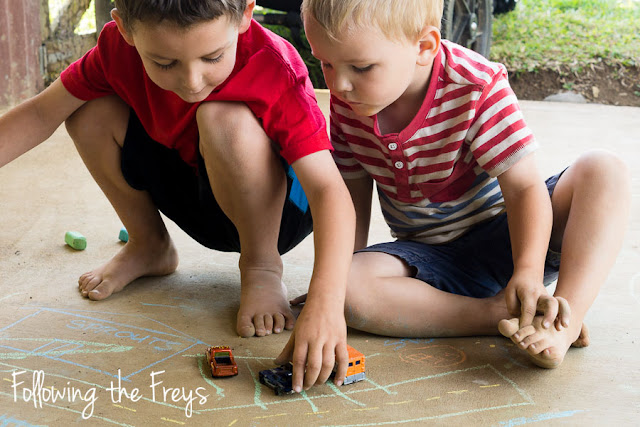 A sidewalk chalk town and cars.  This time we drew Ft. Collins, or at least the most important parts of it:  Grandma Kathy's house and Grandma Dee's house, and if you look closely at the building at Greg's feet you might be able to make out "Sprouts," the grocery store we walked to all the time.  The boys still refer to it as the "gummy bear store."  They do have the best gummy bears there - seriously Ft. Collins people.  In the bulk foods section.  You know you want to go get some.  Enjoy them for us, because the generic brand of gummy bears that we get here from Australia ain't got nothing on Sprouts' gummy bears.  But I digress... 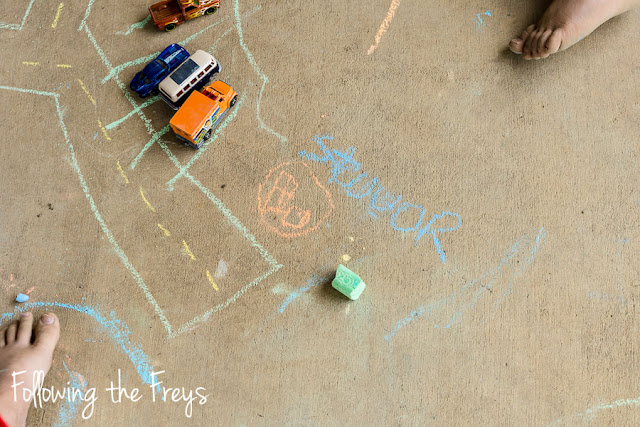 Greg was very proud that he spelled out "store" by himself.  That's "Stuuor", if you can't make it out.  Now that he's in Kindergarten he is eager to learn to read, so we've been working on that a bit at home. 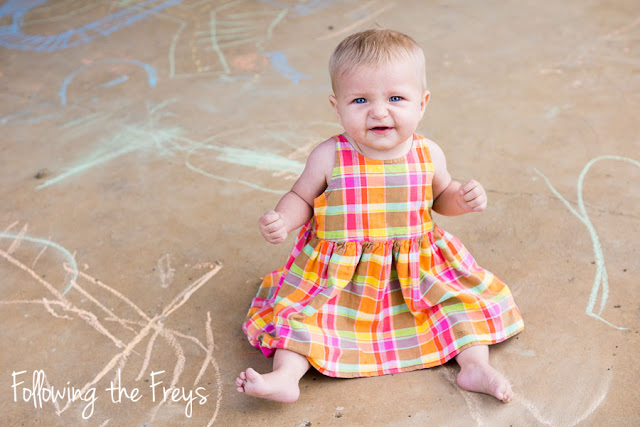 The late afternoon light was gorgeous, so I brought Kate out for a few photos when she woke up from her nap. 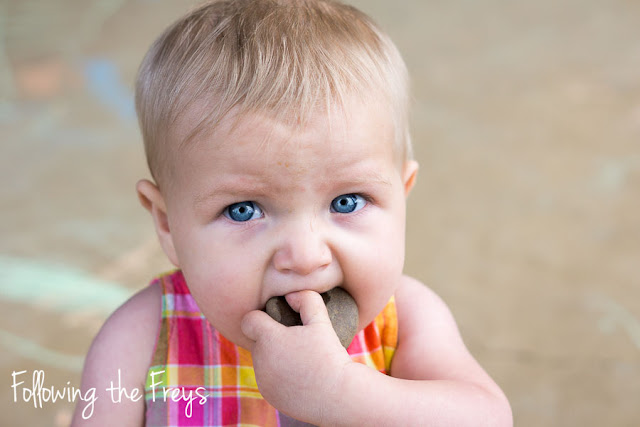 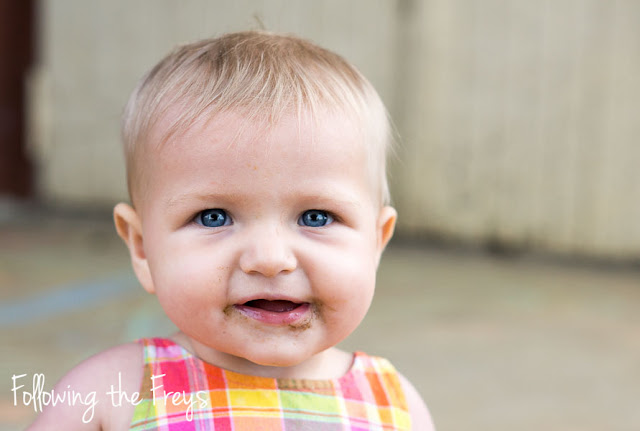 And I'll leave you with this photo of what I found in the basement last night.  Can you guess what it is? 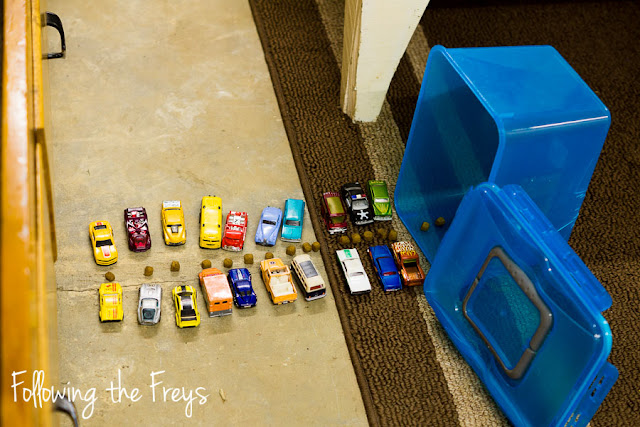 Greg was trying to catch a mouse to keep as a pet.  That has been his obsession the past few days, and I keep finding dog food trails that he has laid in the hopes of luring one.  I keep trying to tell him that mom doesn't like mice in her house, and he can't leave dog food everywhere to attract them.  I told him that PNG wild mice don't make good pets.  I think he's hoping he can get a pet mouse in America next time we're there, as long as they have some that are "cute like Papua New Guinea mice."