At last, here are some of the promised pictures from Paris and Frankfurt, when Brian traveled to Germany for international meetings a few weeks ago.

Germany was chosen as a central location for all of the folks who were on the committee, but Brian definitely traveled the farthest.  Even thought he had a pretty direct route (Port Moresby - Singapore - Paris - Frankfurt) he still had more flight hours than it would take us to travel back to Oregon in the U.S.  So he was very jet-lagged.

So... Paris.  Brian had a nine-hour layover there on his trip to Frankfurt.  He took a train into the city to see a few sights.  Nine hours to explore Paris is hardly anything... especially after you subtract half of that time for navigating the airport and taking a train to and from downtown, but he made the best of it. 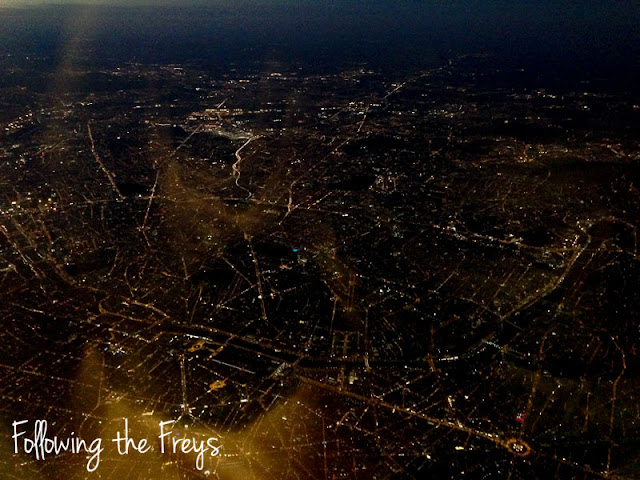 Flying into Paris early in the morning. 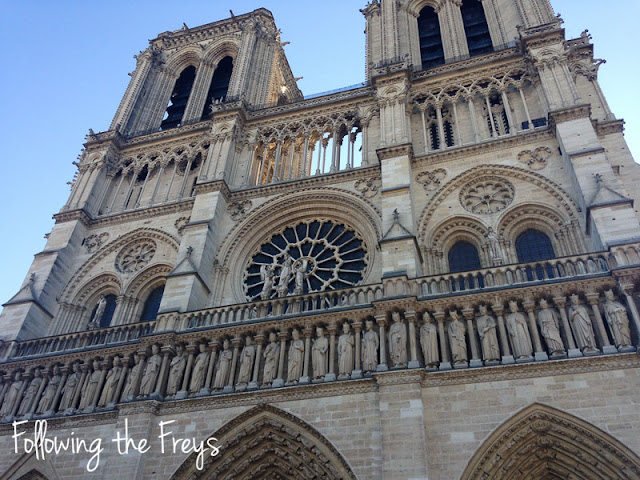 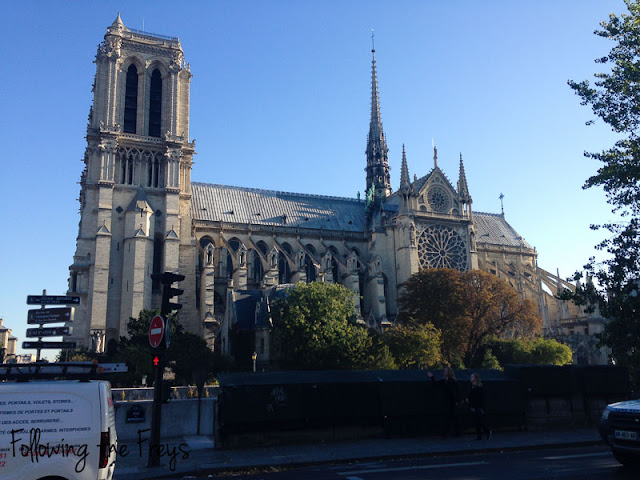 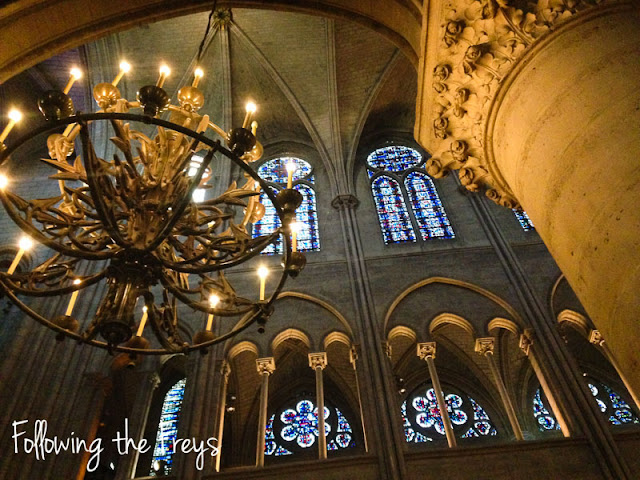 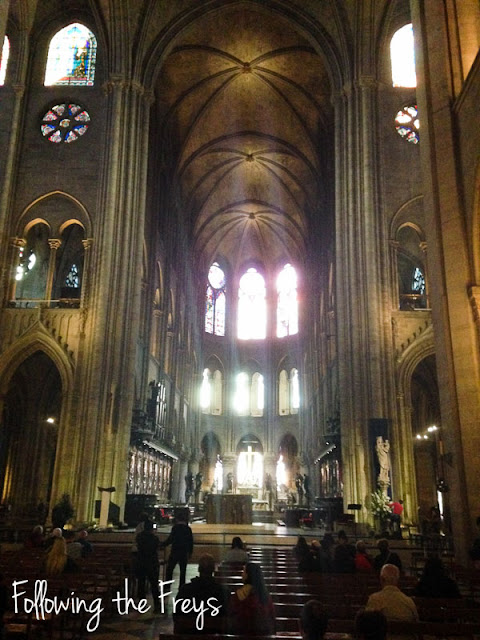 Brian felt that one ought to give a full day to Notre Dame, but the clock was ticking and so he left, feeling like he hadn't done it justice, for a walk down the Seine... 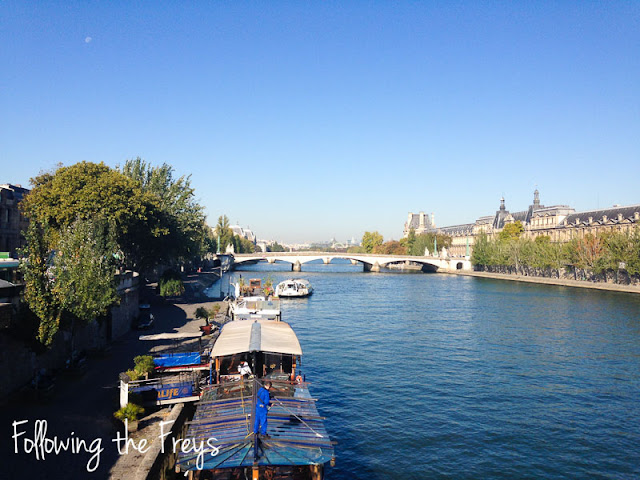 ...because one can't visit Paris for the first time without seeing this: 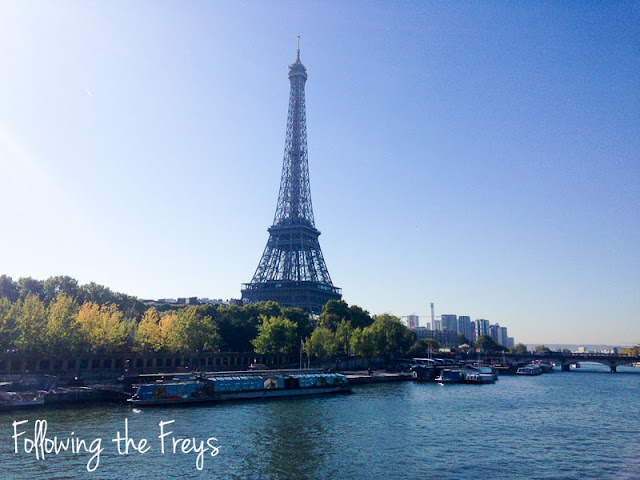 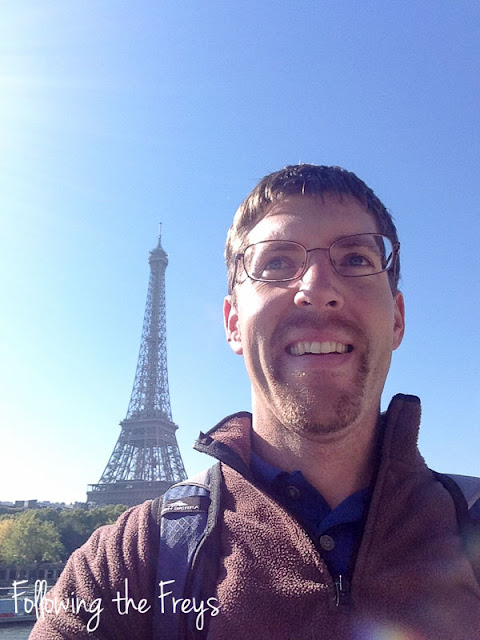 Obligatory selfie with the Eiffel tower. 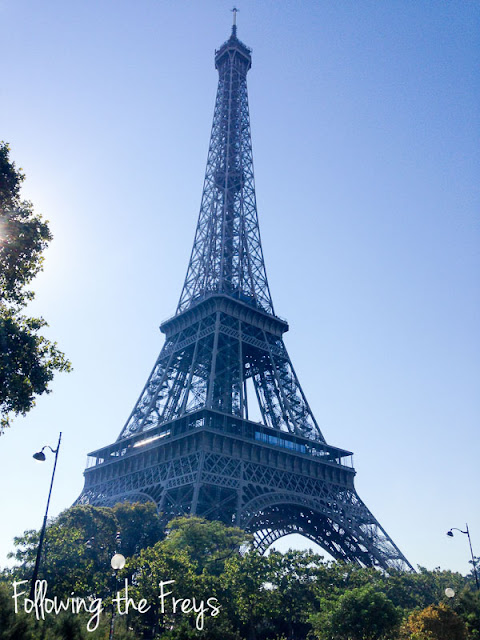 Again, he just went and saw it, and didn't spend too much time there.  If you want to actually go up into the tower you'd better buy your tickets ahead of time - or be prepared to wait in line for hours.  Talk about a tourist trap!

And that was all he had time for in Paris, but he left feeling that a return trip someday would be worthwhile (preferably with me, right?)

Brian was in Frankfurt for the better part of four days, but most of that time was spent in his hotel at meetings (and missing dinner because he went back to his room and fell asleep, exhausted, in the early evening because it was the middle of the night in PNG). 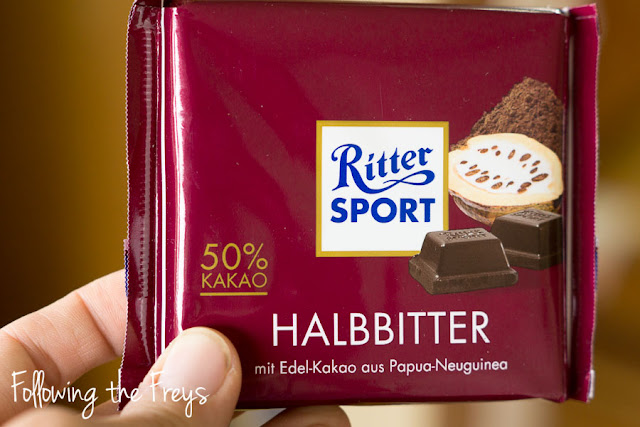 He did, obviously, find time to go to the supermarket to load up on chocolate for me.  And look at this - he found some tasty German chocolate made from Papua New Guinean cocoa!

On Sunday Brian did manage to get out and see some of the city.  It was the 25th anniversary of German reunification, and so there was a big street fair and other celebrations. 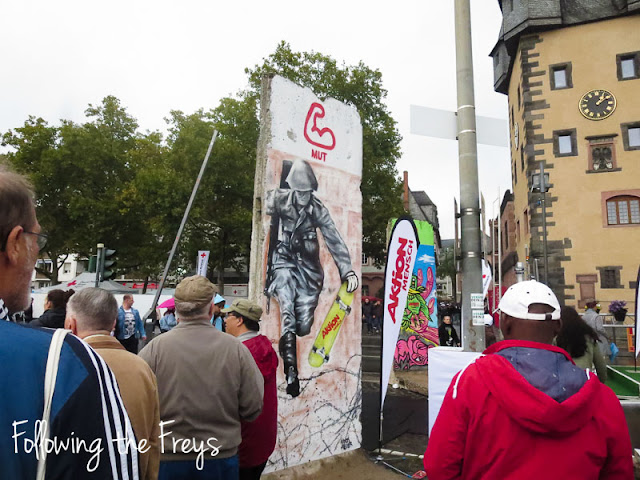 A few pieces of the Berlin wall, painted with murals, were on display. 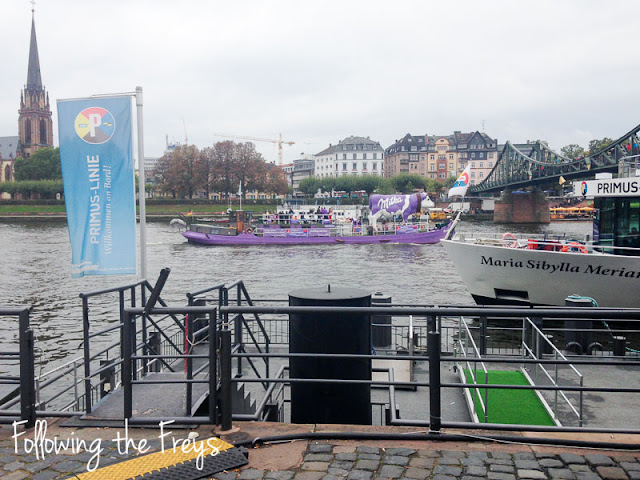 The conference organizers had arranged for a river boat tour followed by dinner at a traditional German restaurant.  Brian was very impressed by all the German food he ate. 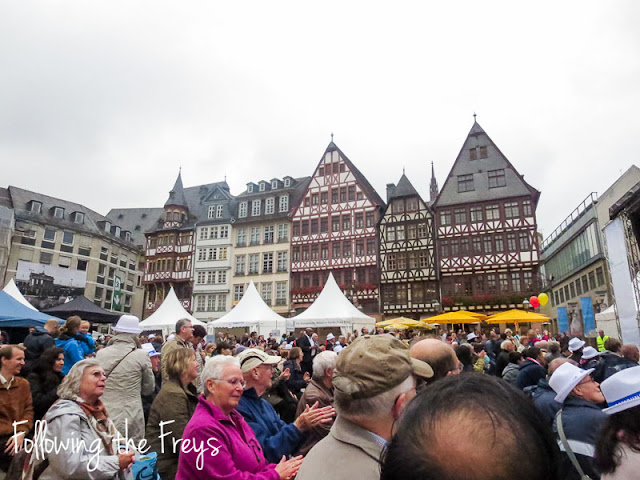 Just a glimpse of the crowd listening to a concert.

So, all in all I think it was a good trip for him.  The meetings he attended were very helpful for him, and dealt with issues that are a big reality in his job here.  But we're glad to have him back in the same time zone as us once again.
at 8:11 AM