Last weekend we decided to take an updated family photo for our families back home and for a few supporting churches.  here are some outtakes from the process: 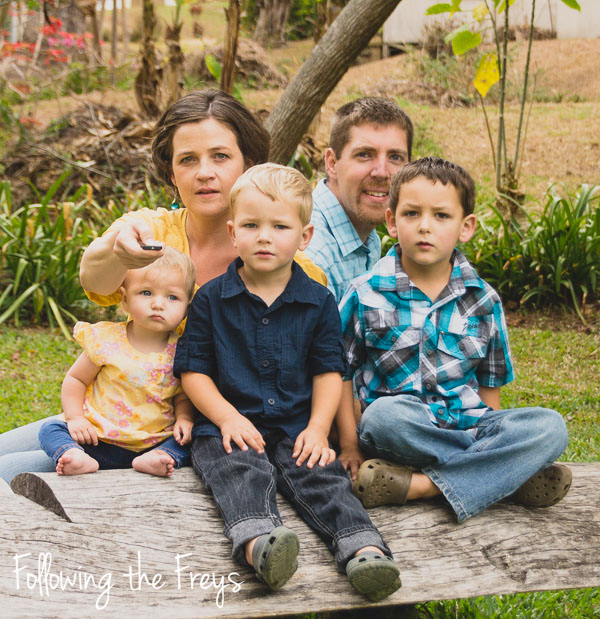 This one is called "why isn't my remote working?!!"  Turns out the batteries were just low, but have you ever tried to take photos of your family running back and forth to the camera to use the timer function?  Not fun.  (But I used this experience as an excuse to tell Brian I wanted a nicer, new radio remote for Christmas.)


We managed to get one decent-ish family pic before Kate decided she was done.  The boys got really into it though, and made us take the long walk home so I could snap more pictures of them on the way. 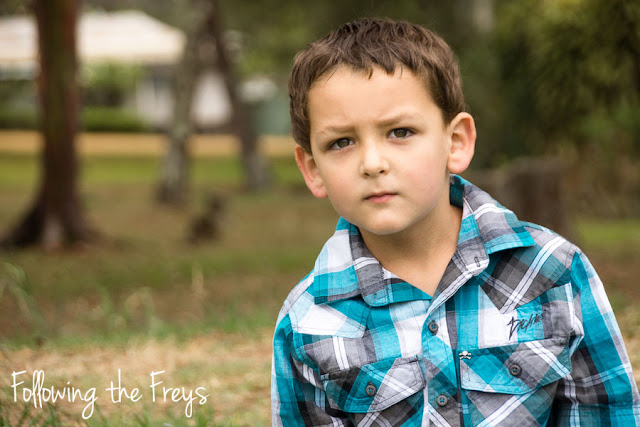 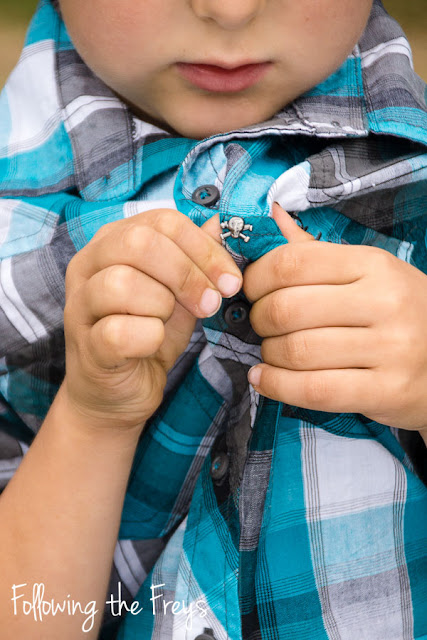 I've been trying to convince Greg to wear this shirt to church for several months now, but he always refuses.  I was afraid I was in for a big fight when I showed him the outfit I picked out for pictures, but then he noticed that there was a little tiny Jolly Roger emblem on the pocket. Suddenly the shirt has become the coolest one that he owns! 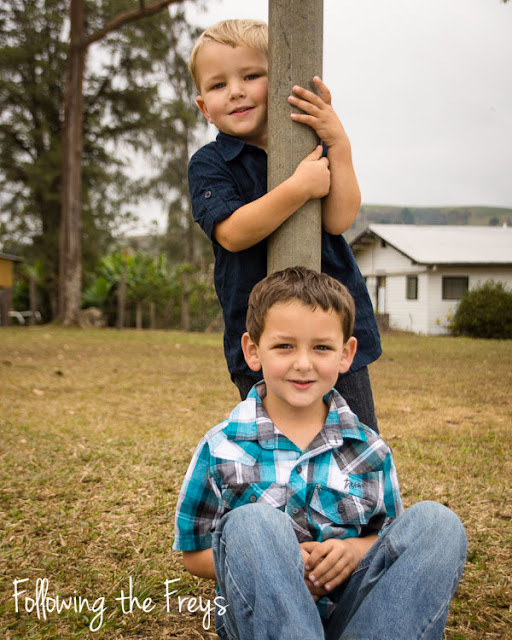 "Take our picture by this pole!" 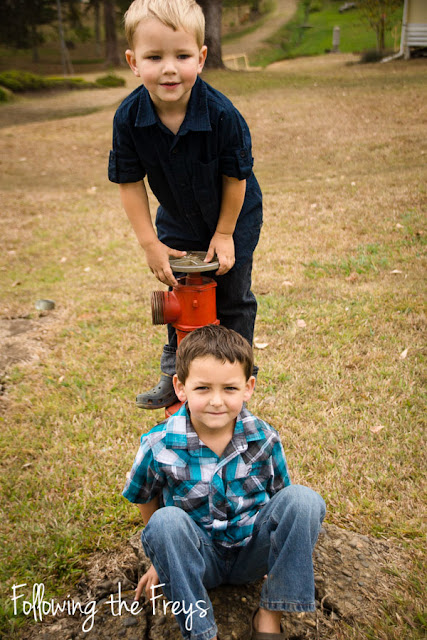 "Take our picture by the fire hydrant" 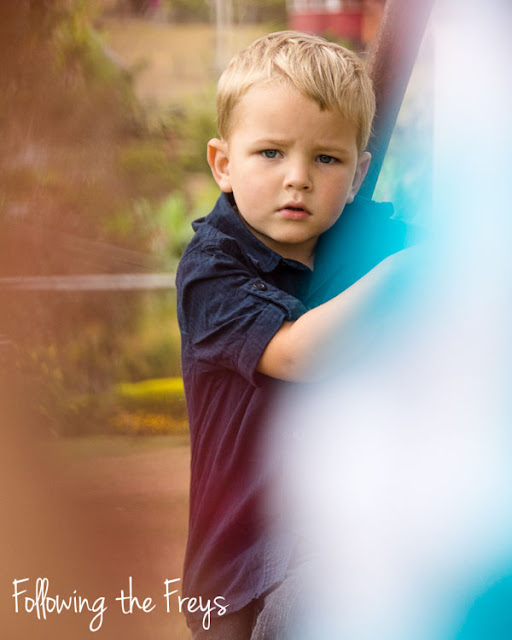 Greg walked right in front of me as I was snapping this pic for Caleb, but I thought it ended up kinda cool. 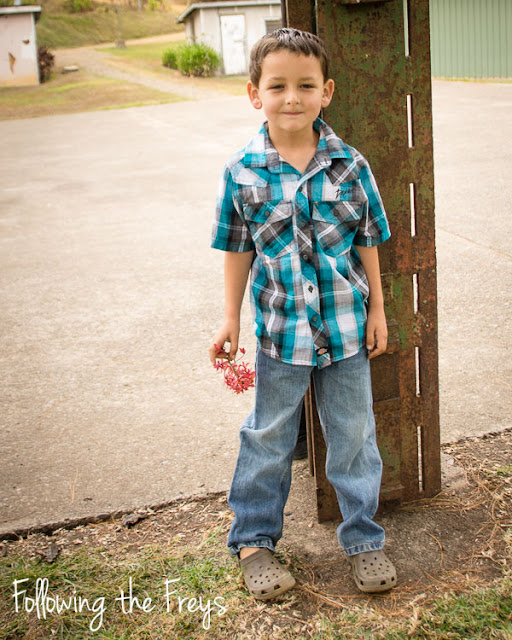 "Take my picture by the basketball hoop!" 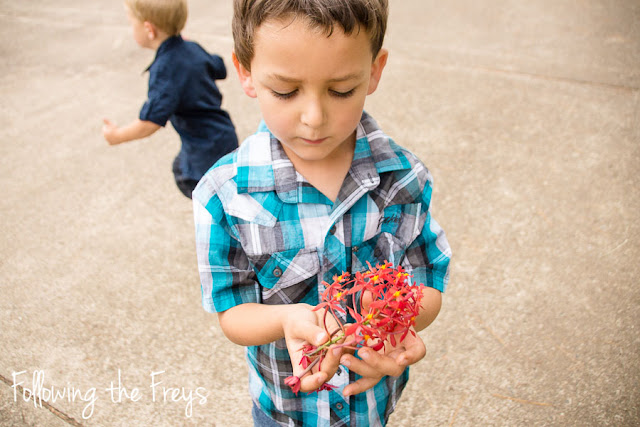 "Take a picture of these flowers I found!" 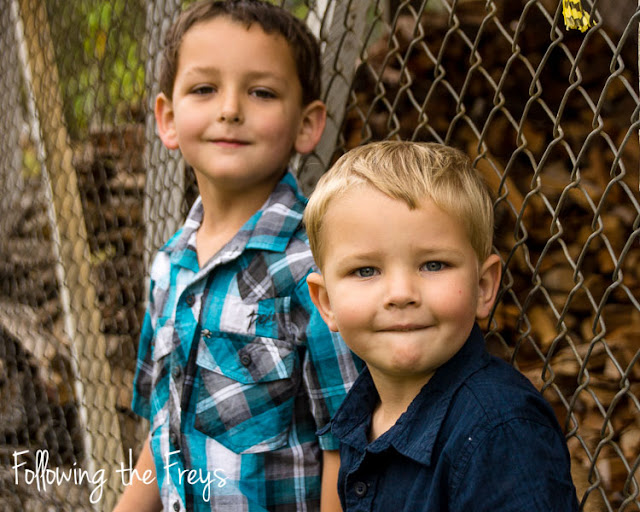 "Mom, take our picture by the woodpile!" 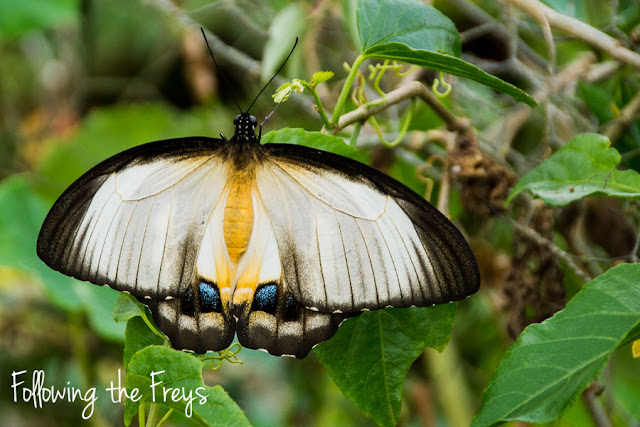 I spied this guy, big as my hand, in our backyard this week. 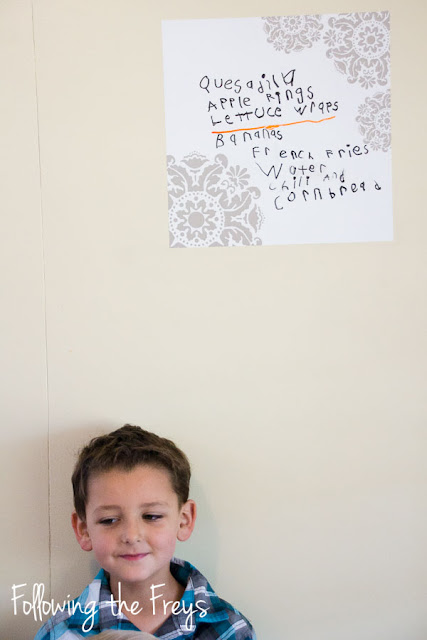 Greg took it upon himself to write out a menu for the week.  (The chili and cornbread was only added as a concession to his father, who had requested that for dinner that night.)  I've gotten in trouble all week long when I serve something that isn't on his menu. 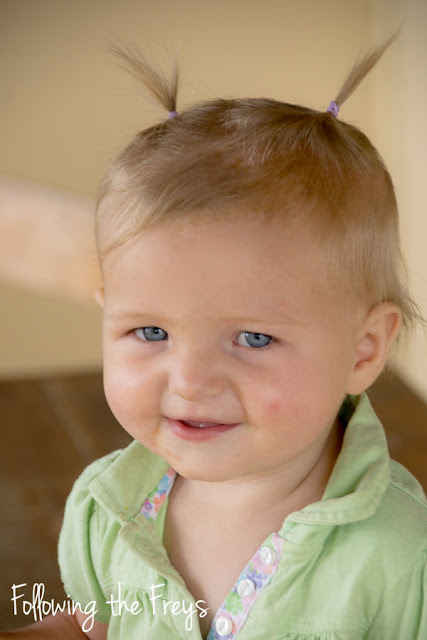 I just had to try it, now that her hair is getting a bit longer.  I realized that I know nothing about taking care of little girl hair. 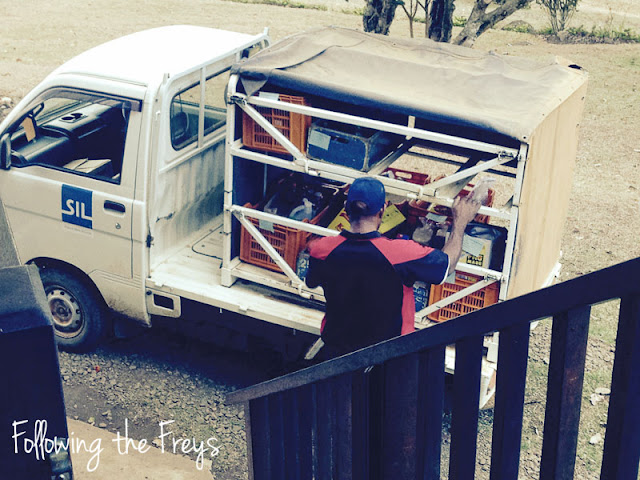 Here in Ukarumpa we can have groceries delivered to the house!  Because we often walk to the store, this service is great - especially on days like this when I had about 13kilos of flour and sugar!  Don't want to push that home in the stroller.  We just load our groceries into one of those orange boxes, put a tag on it with our house number, and at some point later in the day it's delivered.  (You might want to carry your frozen goods home with you though...)

And look who is eleven months old! 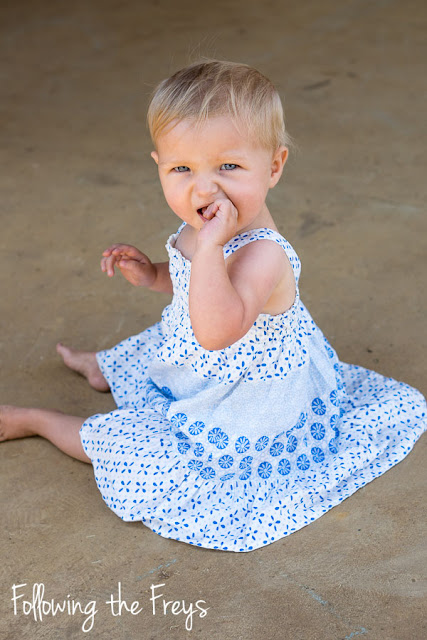 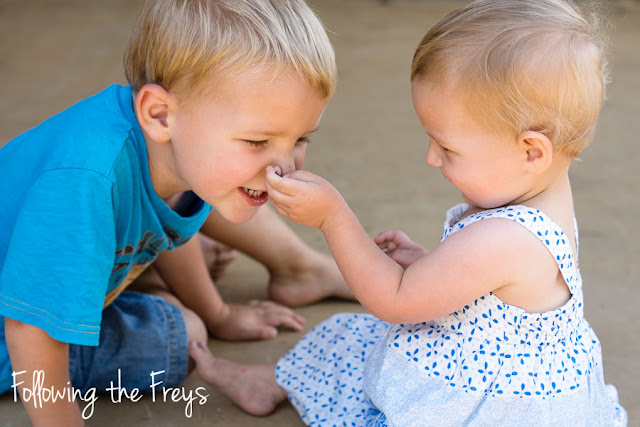 My two blondies are becoming quite good friends now. 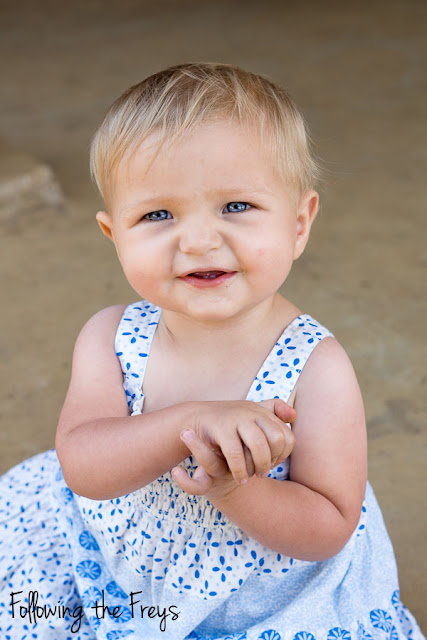