Good morning.  I write this blog post in the dark... power is out.  I could call the on-call guy, but it's not even six a.m. yet (I'm up with baby), so I'll wait.  Brian spent a lot of time as the on-call guy over the years, so I know what it's like to be dragged from your bed.

Oh... power is back on!  Either the national power came back on, or someone visited the generator shed to re-start the generator.  We've had our share of power woes lately... the current system of backup generators is aging and struggling to keep up.  A new exciting replacement project is in the works, which will incorporate more solar power, but the next phase of that is waiting on some parts coming from Germany... which were sent via FedEx.  FedEx doesn't really exist in this country... so we're hoping they actually make it to us!

Anyway, back to our week: 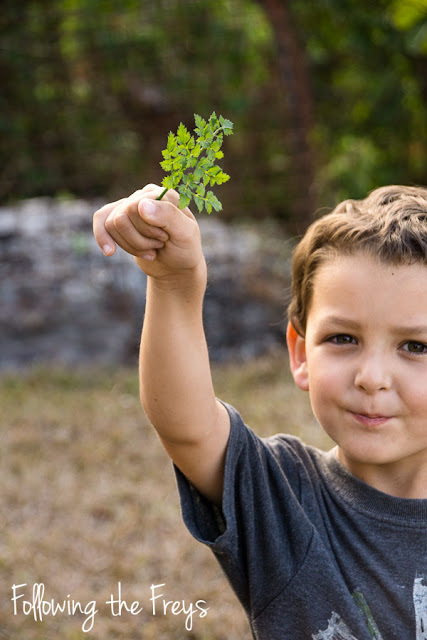 Greg shows me some kumu (greens) that his new friend gave him across the backyard fence.  I can't remember the proper name for this variety, but it's commonly known among the expat ladies as "ditch weed," since it is often planted in ditches and thrives on the moisture.  I was making chicken soup that night for dinner, so I threw it in the pot. 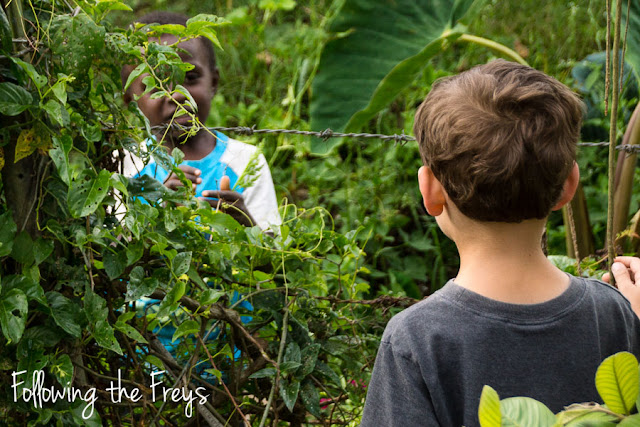 A beautiful friendship has blossomed this week between Greg and this little boy, who is our backyard neighbor.  They have lived across the fence from each other for years, but haven't ever really played, despite my encouragement.  Though they are the same age, they attend different schools.  But one day they started talking over the back fence, and now he has been coming over to play every afternoon, and sometimes they make plans to meet after breakfast at the back fence to talk. 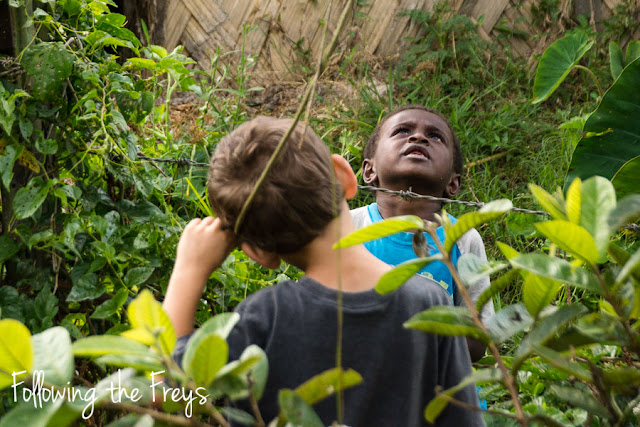 What do five-year-old boys talk about?  I don't know - they won't tell me. 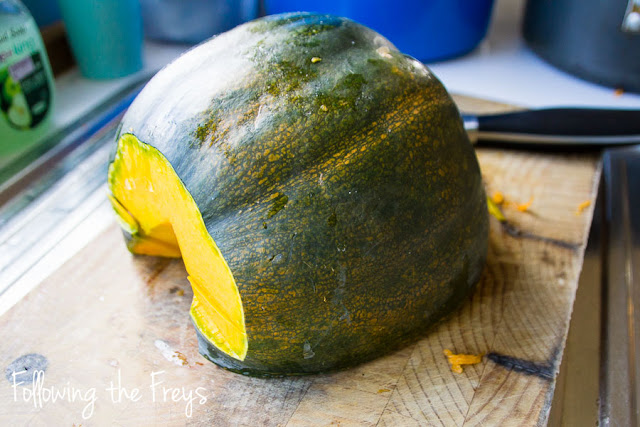 I realize that it's nearly Halloween in the U.S.  None of that for us here.  Our pumpkins don't ever really get orange, and we don't carve them, just eat them.  By the way, if you associate pumpkin with sweet foods like pies, muffins and bread, then it's a sure sign that you're an American.   Since we came to PNG we've learned to enjoy lots of savory pumpkin dishes. 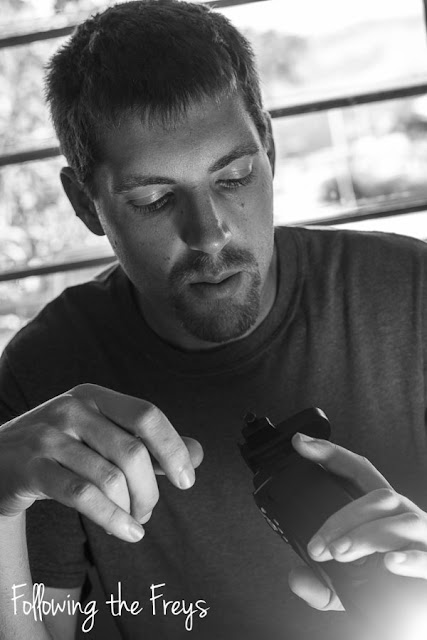 Brian had to take apart my wireless flash triggers to get them working again.  In this climate it seems that if you leave batteries in anything without using them for a while you're asking for trouble. 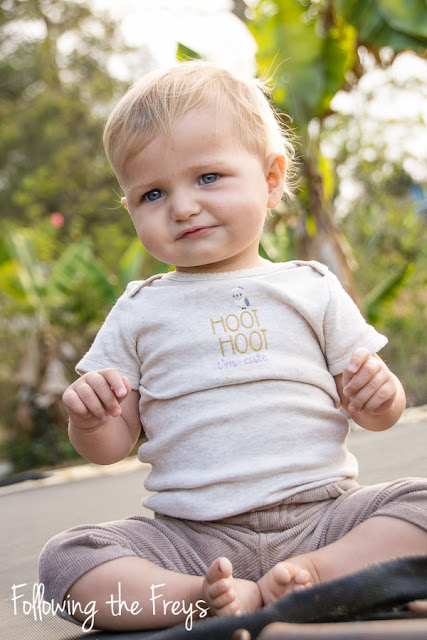 One of Kate's favorite things is to sit on the trampoline and bounce a little.  But she does NOT like to be bounced by her brothers. 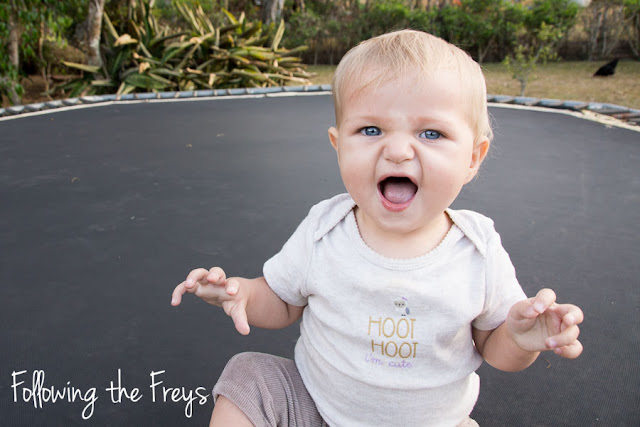 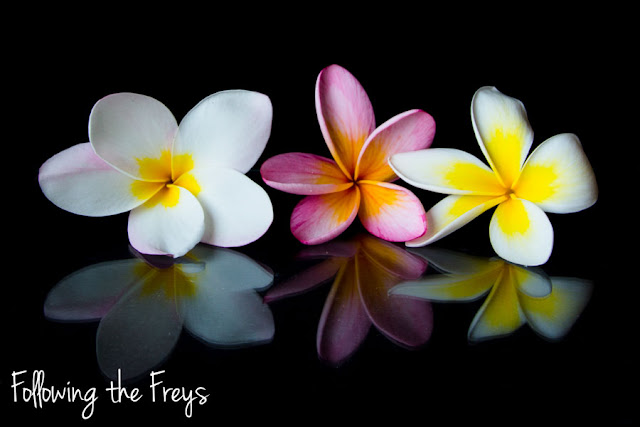 While watching the kids playing the backyard I kept picking up these lovely frangipani blossoms from the grass, and I had to bring some inside.  These are some of my favorite flowers, and the smell amazing too.