I'll start this week's post with the Book Festival, since we just now returned, hot and tired, from an afternoon of bookish festivities at the school. 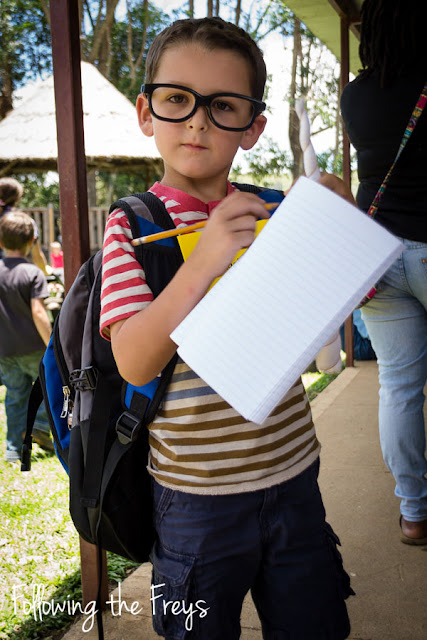 Each child gets to dress up as a book character for the the Book Parade, and Greg chose to be Jack from The Magic Tree House.  (He is meticulously writing notes in his notebook, as Jack does..) 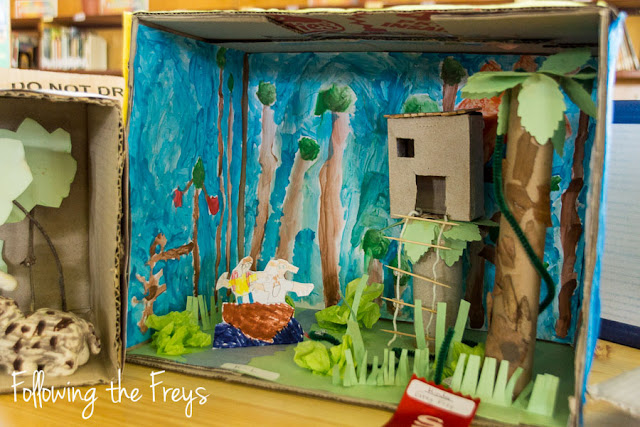 Here is Greg's diorama for the art contest.  He got second place among the kindergarten class, so he was very proud.  This is also from a Magic Tree House book, when Jack and Annie visit the Amazon rain forest. 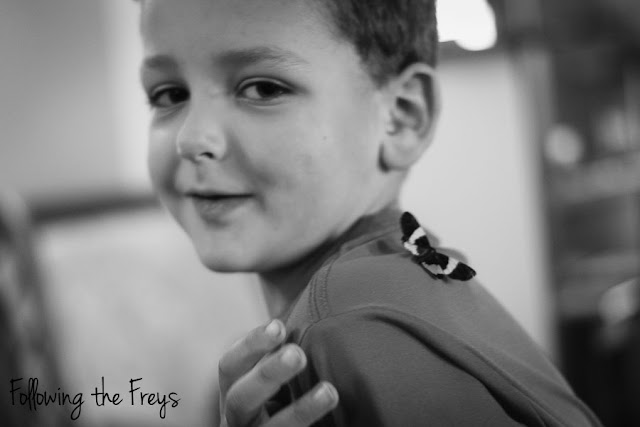 A butterfly landed on Greg and he brought it inside to show us. 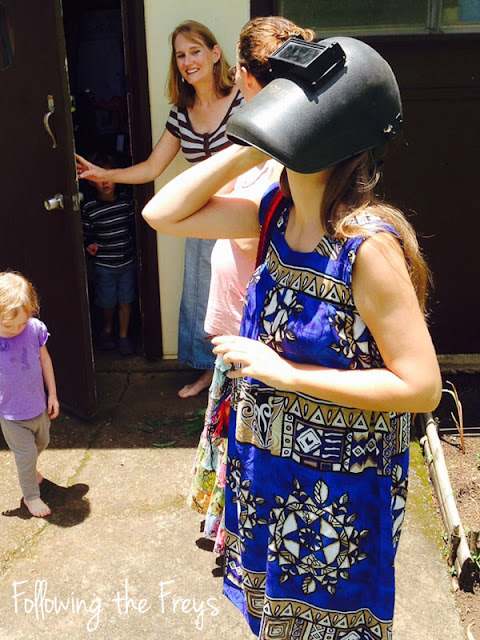 There was a solar eclipse this week, although it was only 60-70% where we live, and not a total eclipse like they saw in Indonesia.  I was at my women's Bible study group at the time, and we stopped to poke holes in pieces of paper and then to watch through a welding mask. 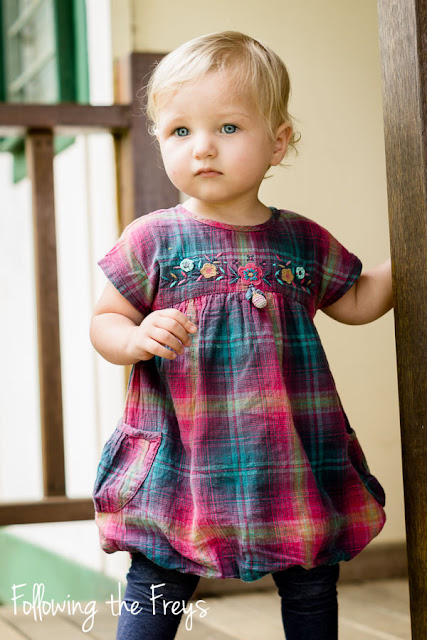 She is starting to think about tackling stairs, which is always a bit nerve-wracking.  Here she is standing at the top of the long flight that leads up to our front door. 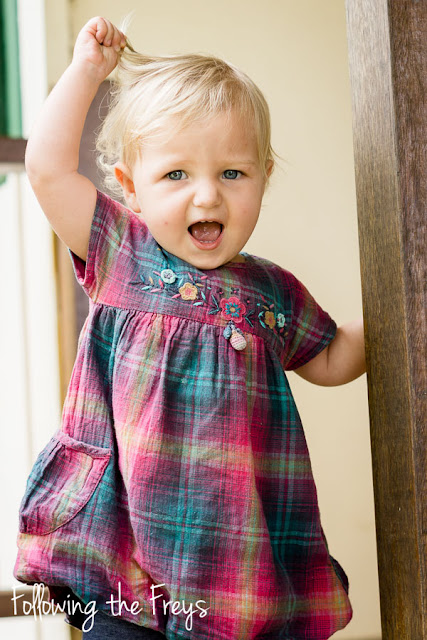 Emphasizing that she knows the meaning of the word "owie" by pulling her own hair while she says it! 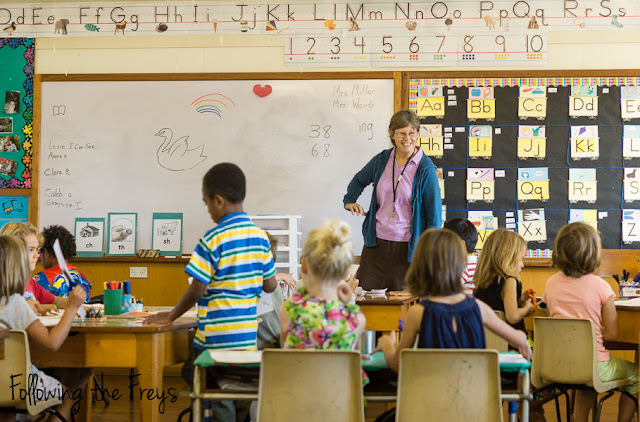 I visited Greg's Kindergarten class this week.   It was fun to watch how the class interacts with each other and with their teacher. 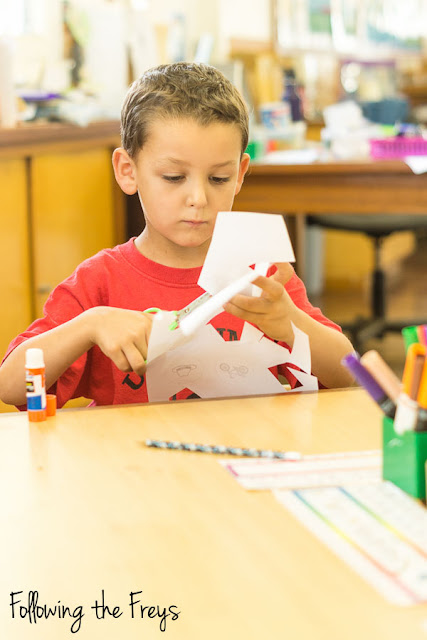 Working on a project at his table. 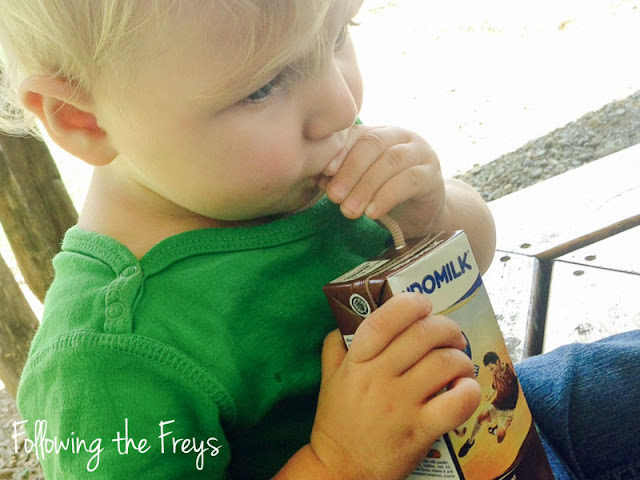 Kate enjoys the special treat of chocolate milk one day when we met Brian at the kai bar at the store for lunch.

That's all for this week!