Lots going on this past week: 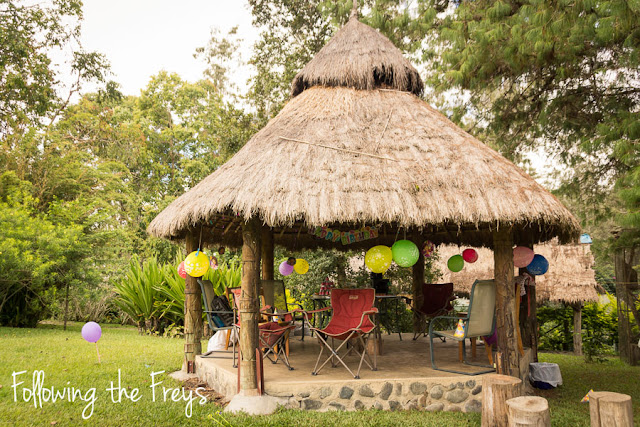 We started off with a 3-year-old's birthday party last Saturday at a coffee plantation nearby.   It was a very relaxing way to spend a Saturday - good friends, lots of food, and being off-center in peaceful surroundings. 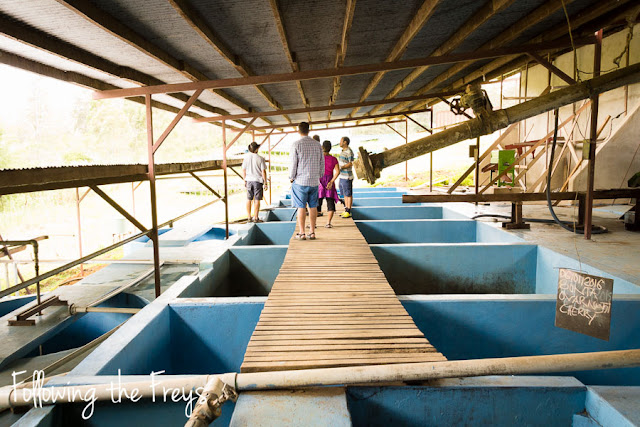 Getting a tour of the coffee plant.  These are the pools where the coffee is washed to remove the pulp, leaving the "parchment" bean. 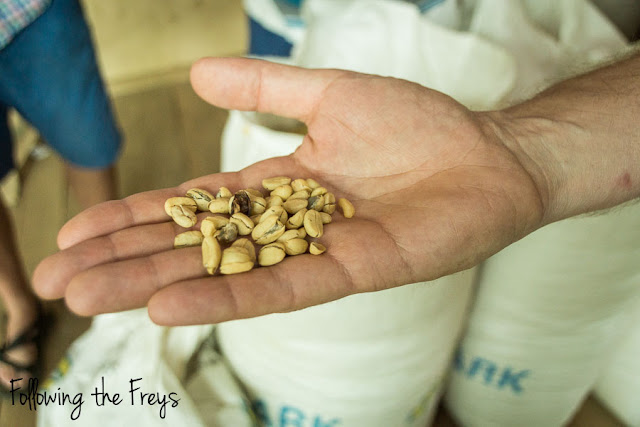 Coffee production is actually quite a process, with several steps before you get to the bean that we're used to seeing.  Our friends only roast a small amount themselves to be sold locally.  The majority is exported to Australia and the US prior to roasting. 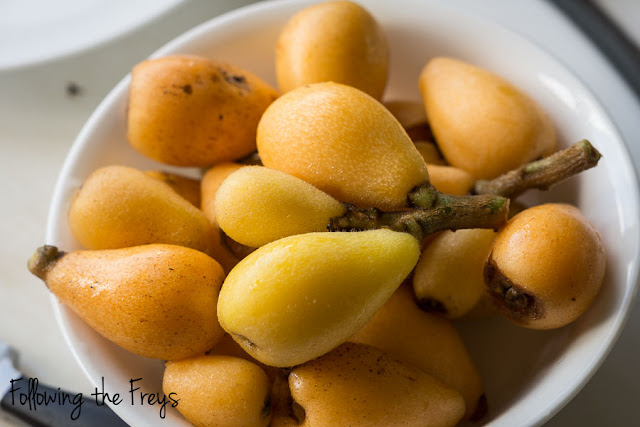 Loquats, anyone?  I actually quite enjoy this seasonal fruit, but our tree doesn't produce very well.  Probably because we keep trimming it so that it doesn't block out view.  This is about all we got from it this year.

The Admin team is down there this weekend for a retreat, but we have this rule in our bylaws that all of the Directors can't travel together (in case of accident), and so Brian was elected to fly down on Monday, so that he could spend some time visiting with our regional center staff down there (since he's their boss).  We decided that we would fly the whole family down on Monday, and then the kids and I flew back to Ukarumpa on the flight that brought the rest of the Directors to Madang.  Thus we got a short, but very nice little break. 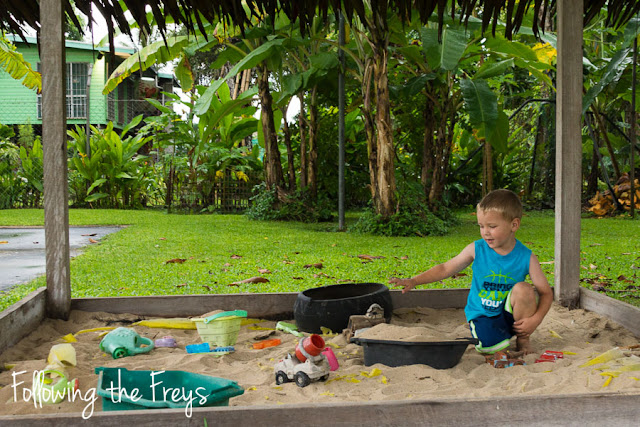 Caleb spent a lot of time in the sandbox at the guest house. 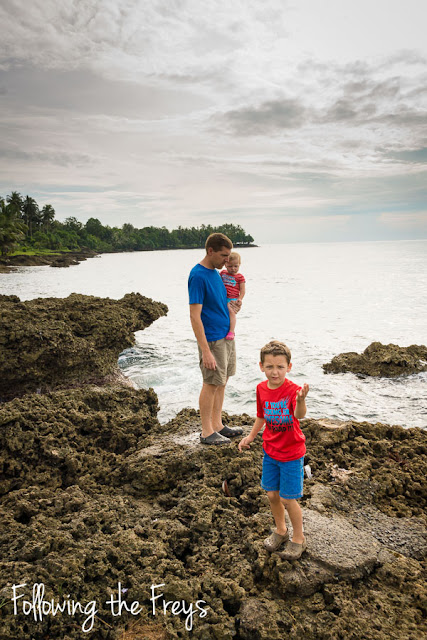 The guest house is right next to the ocean, but the rocks are very jagged and sharp and the waves often rough, so we didn't let our little kids swim there.  If they were older and better swimmers, I probably would have let them.  So instead we just looked for shells on the rocks and watched boats.


We did get some beach time in though.  For those two days we had in Madang, we drove out to a nice resort nearby, where for the price of a delicious lunch, we could enjoy the beach and snorkeling. 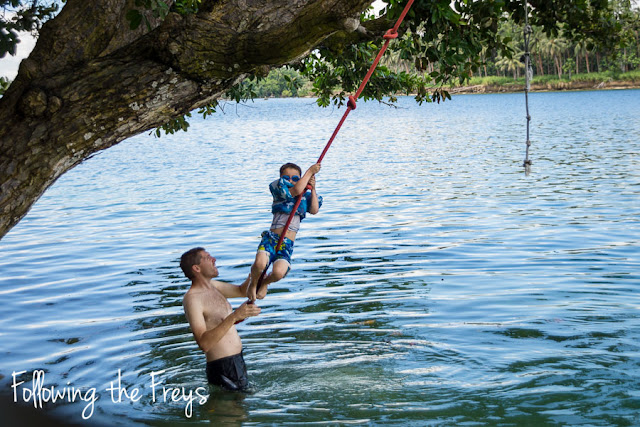 Swinging from the rope.  Some local kids were climbing up into the tree, swinging way out on the rope, and then doing flips into the water. 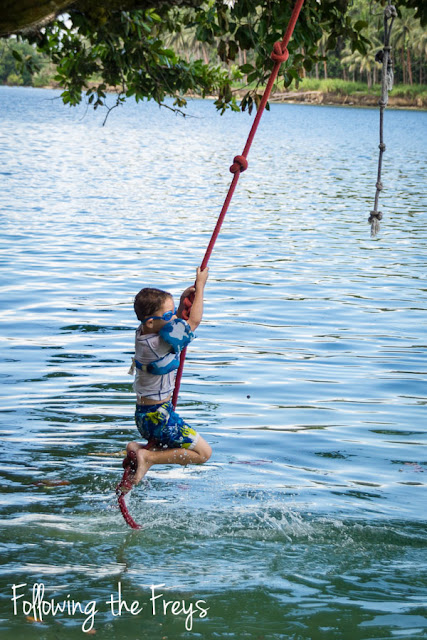 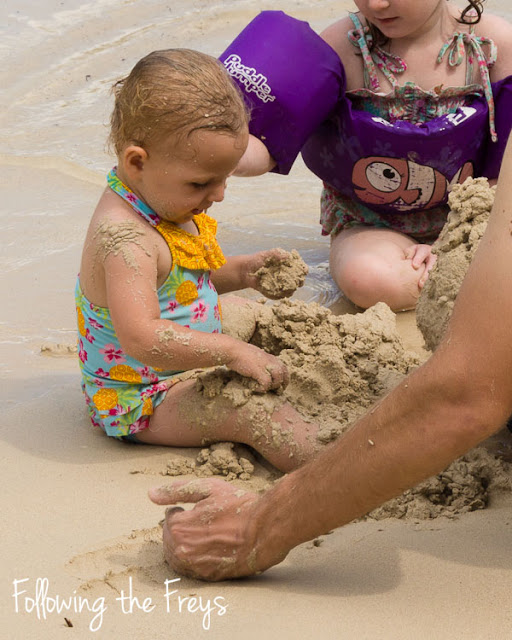 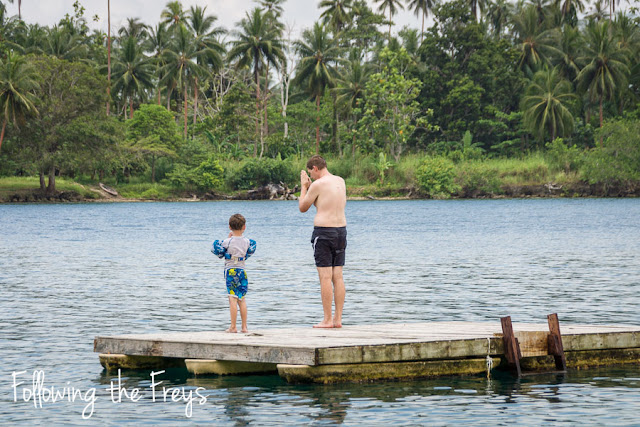 This floating deck is actually anchored to a WWII airplane wreck that you can dive to see. 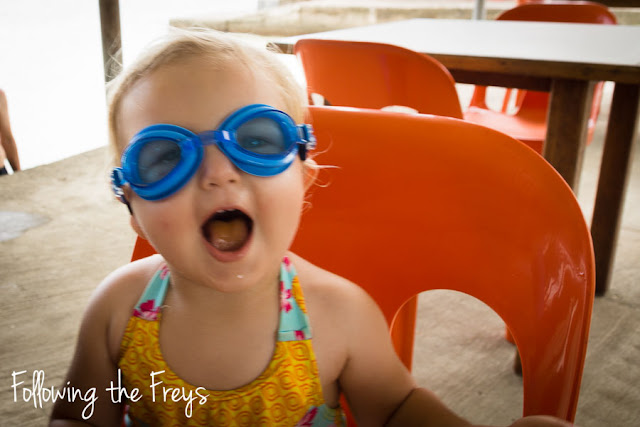 Being goofy with Greg's goggles. 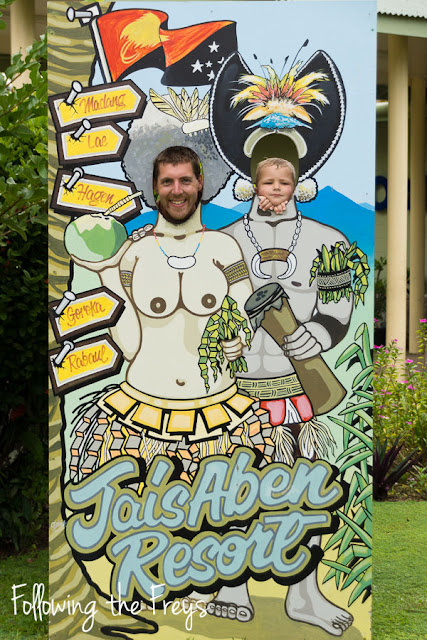 And of course the boys had to take their pictures with the sign.  Sorry for the nudity... traditional dress, 'ya know... 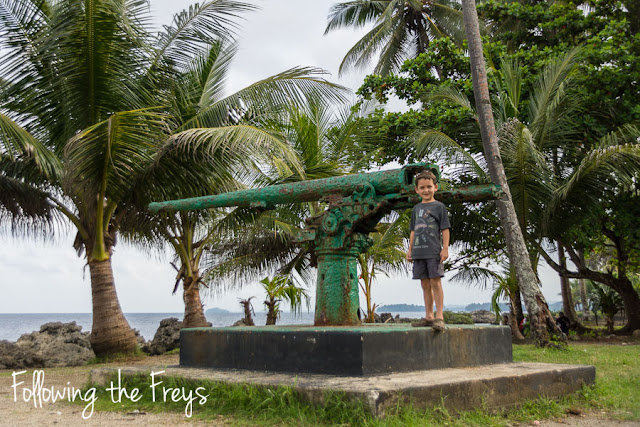 We also drove around to see a few of the other points of interest in town, such as this WWII gun, 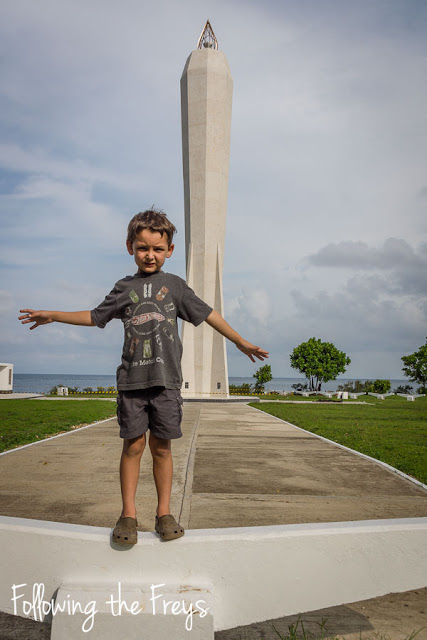 The Coastwatchers Memorial Lighthouse, which was unveiled in 1959 to commemorate those servicemen and PNG nationals who gathered intelligence about the movement of enemy ships and airplanes during WWII. 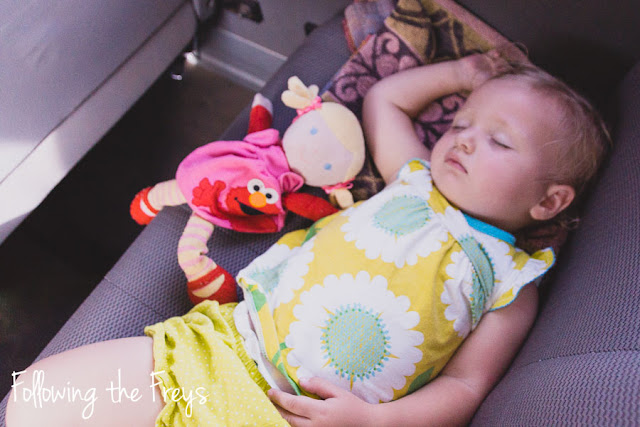 Completely worn out after a day in the sun. 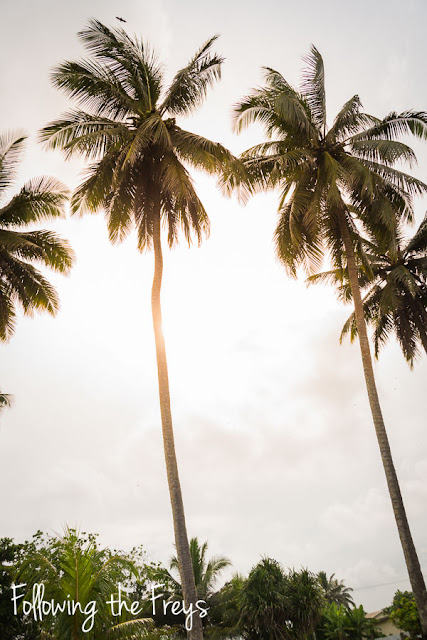 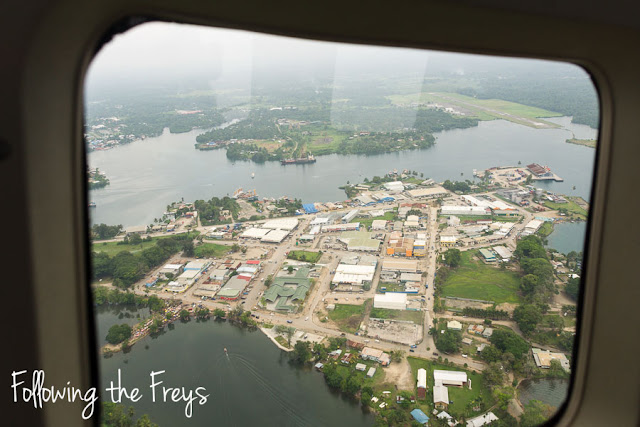 Goodbye, Madang, it was fun!

On our flight home we got to make a stop at the grass airstrip at Saidor to drop off some solar panels and to pick up three passengers.  I intended to take more photos, but we were only on the ground for 15 minutes, and I spent most of that talking with a national translator that I knew who walked a few hours to the airstrip to collect the solar panels.

Then it was time to board the plane again, and Greg reminded me that I had promised he could take a photo, so the only photo we got at Saidor is his, of the people who came to greet the plane: