Today is the last day of school for this year, which means the last day of Kindergarten for Greg.  And I planned to get a photo of him before he went to school this morning, but.... I didn't.  Sorry.

We are busy with end-of-school-year things.  It's a hectic time in the community, with lots of events and lots of goodbyes as many families prepare to leave on furlough.  Things will seem very empty around here for a while, but in a month or so we'll start to see people returning before the new school year starts.

Caleb will be starting preschool at the end of July, and so we went to an open house this week so that he could see his classroom.  I had hoped it would be helpful, as he is pretty apprehensive about this new step, but it was a bit overwhelming, as the 20 students, their parents, and many younger siblings were crowded into the room at the same time. 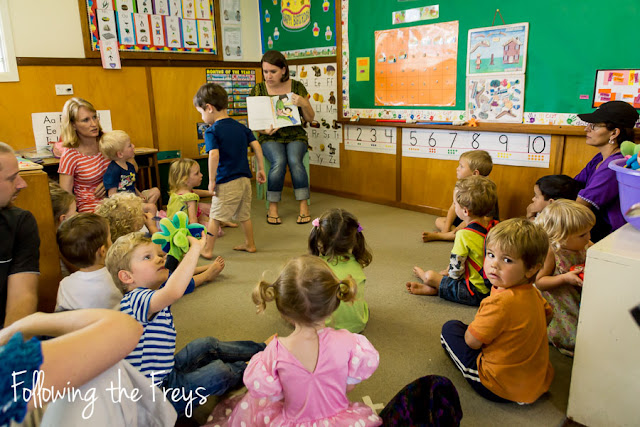 That's him under the number 8. 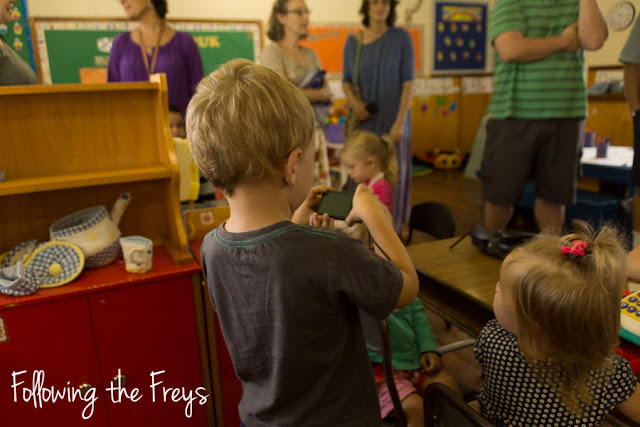 To make him feel less nervous, I told him to bring along the point and shoot camera, which he loves, and to take photos of his new classroom.

So here are a few photos of what interested him: 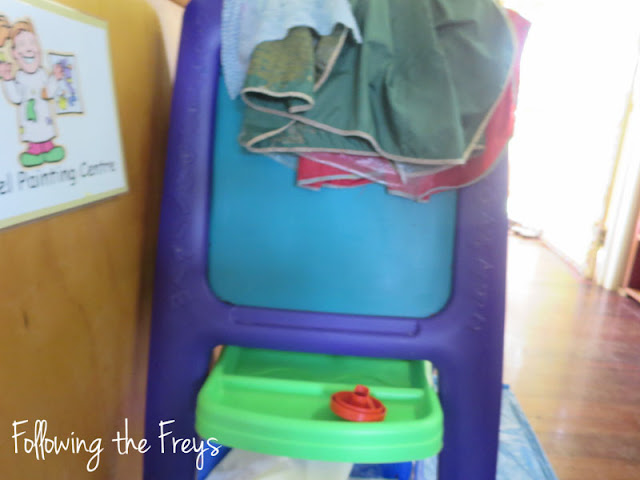 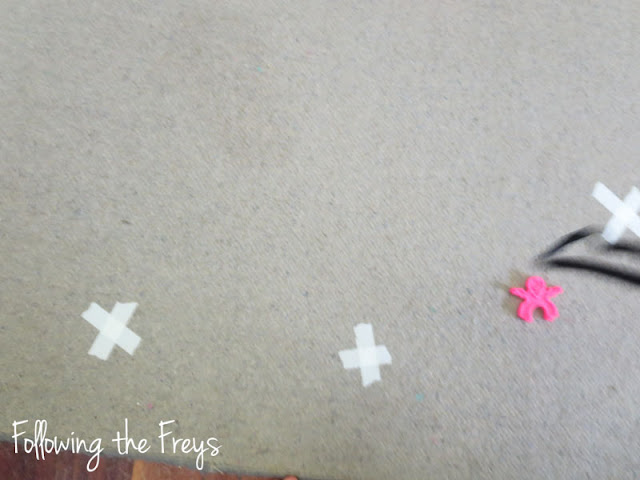 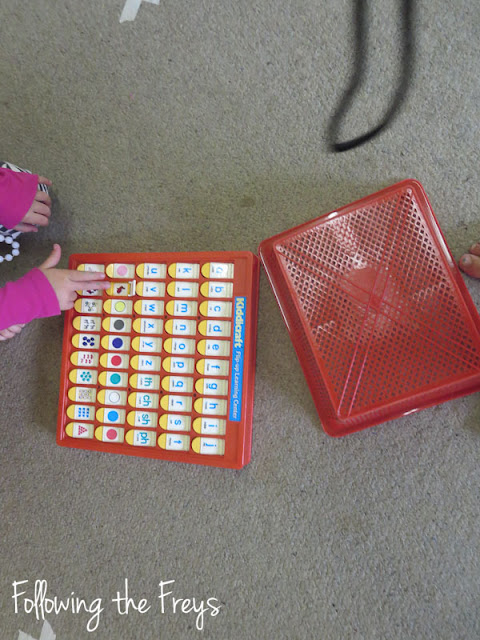 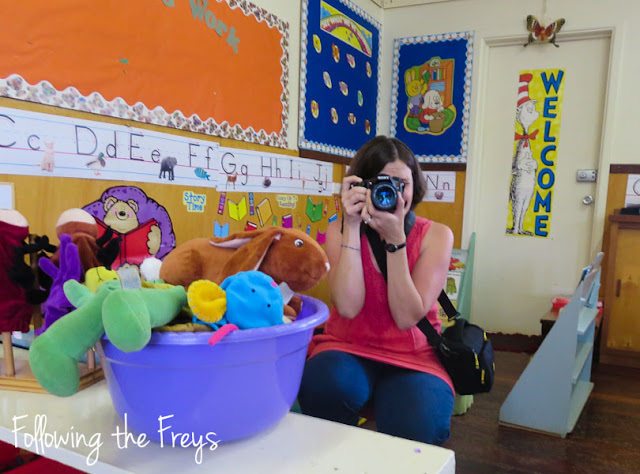 Mom taking a picture of him... 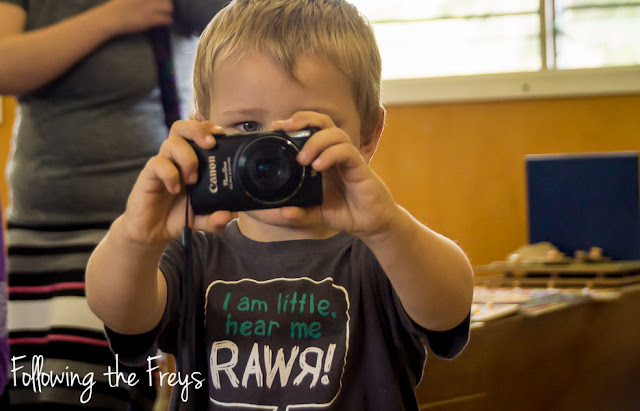 Taking a picture of me! 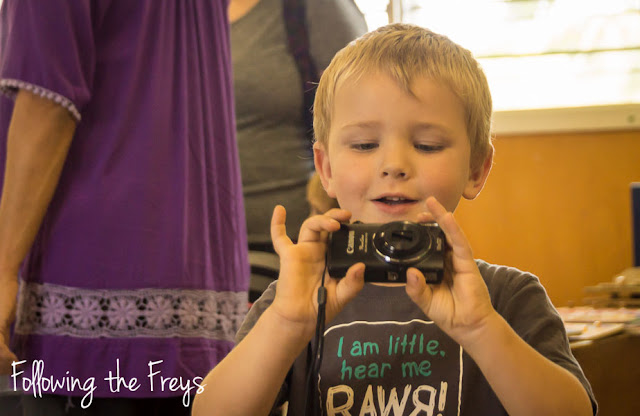 Caleb kept up the photography as I brought Kate and him along to a brunch celebrating the end of a women's Bible study group that I have been a part of for the past year, which has been very special to me.  I'll be sad that this will no longer be part of my weekly routine. 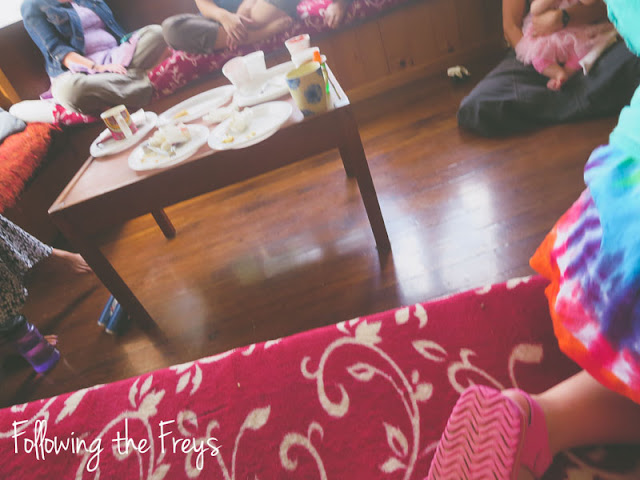 He missed all the heads, but you get the idea. 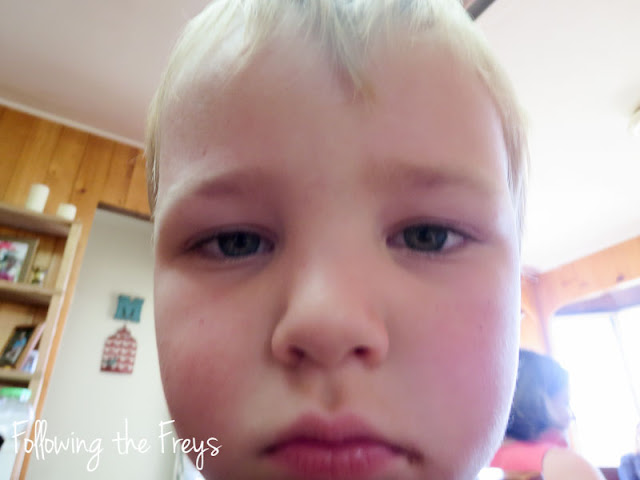 That's all for this week!