He's six!  And this morning he is wearing a new t-shirt that I remember buying at the mall on our furlough three years ago, thinking at the time, "surely he'll never really be big enough to wear this!" 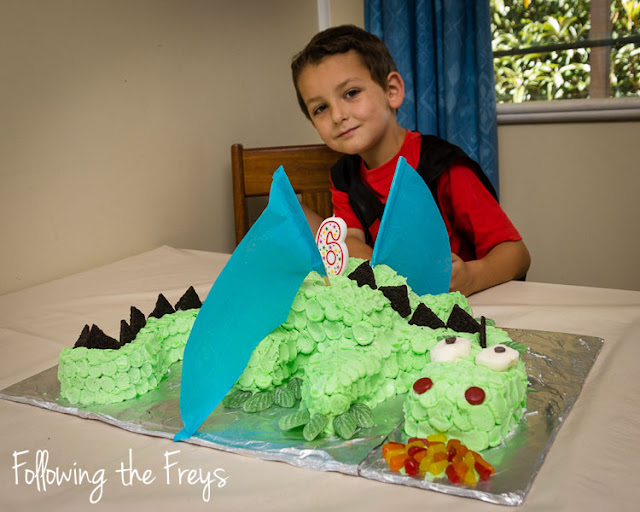 The birthday boy with his dragon cake. 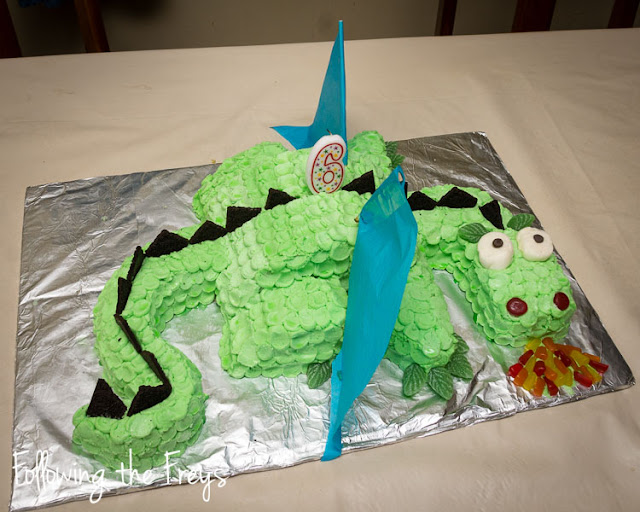 A few days ago I nearly panicked when he said that he'd changed his mind about a dragon, and instead he wanted a cake that had "a knight with a sword and his shield raised, fighting a dragon that is breathing fire!"  Thankfully I was able to convince him that a dragon cake would be awesome... since that was what i was prepared to make!  I think he turned out looking pretty scared.  Probably because he was surrounded by eight knights!

We had a party for Greg yesterday afternoon, to which he invited six of his friends. 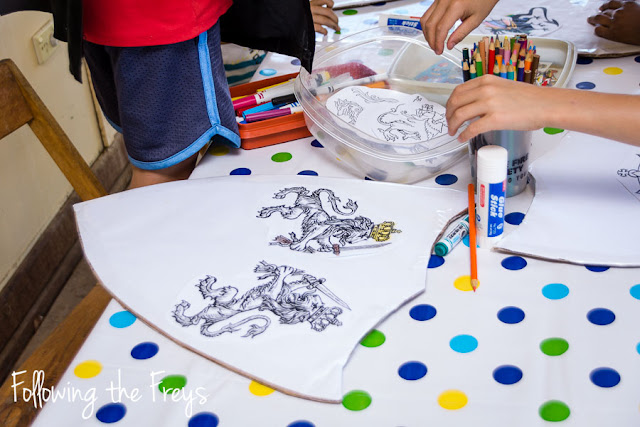 When the boys arrived they decorated cardboard shields.  These proved to be a big hit. 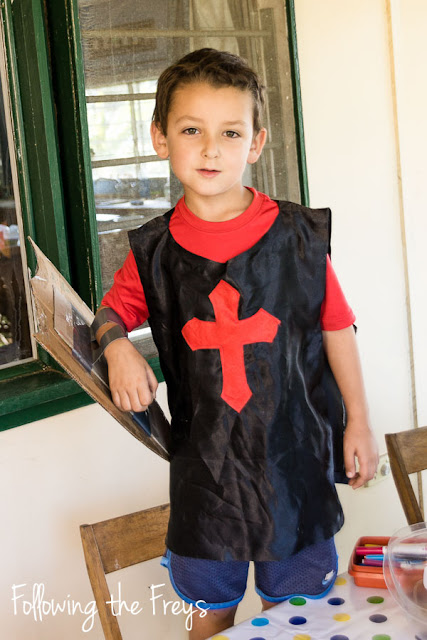 I also sewed up a bunch of these tunics from secondhand pillowcases and some red felt.  Each boy got to take one home.  A bit time consuming, but, as I told Brian, I paid less than K10 for all the material (about USD$3). 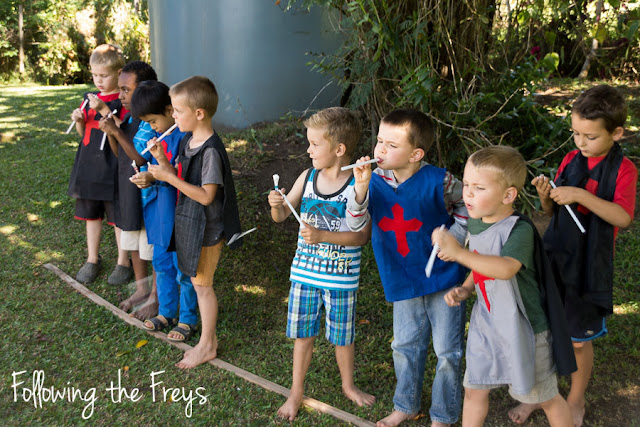 We laid siege to castles,  seeing which team could shoot the most Q-tip "arrows" into the enemy's castle (see below). 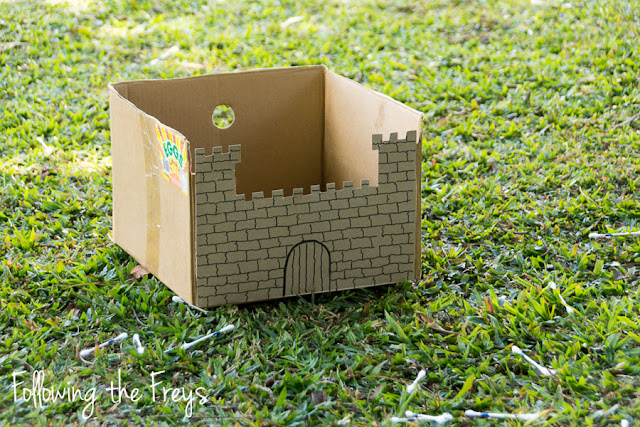 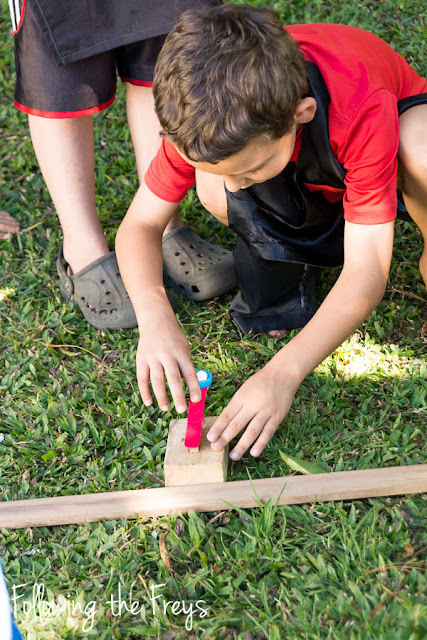 I had made marshmallow catapults, but one of them broke on the first try, so we didn't have much of a competition with those. 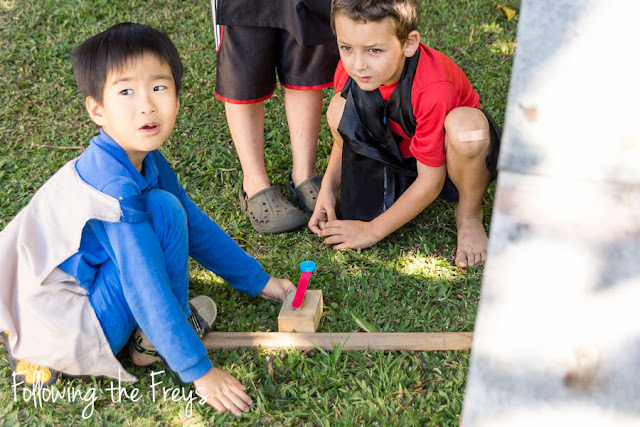 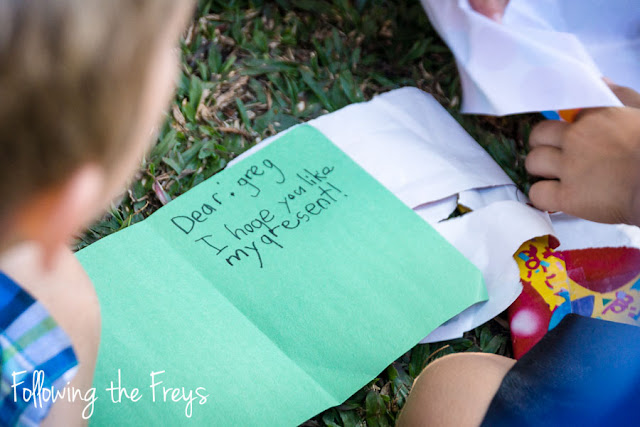 And finally, a dragon pinata to slay with a wooden sword! 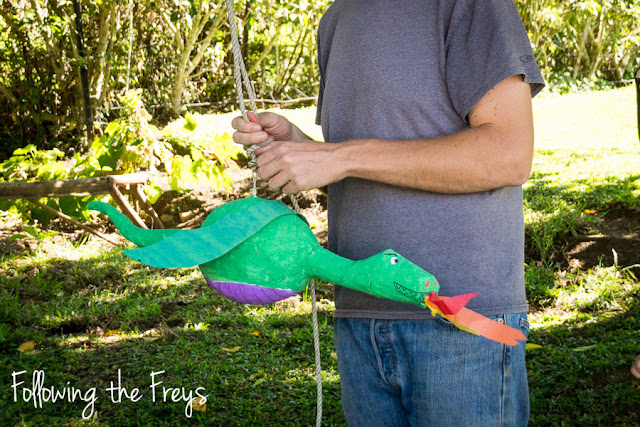 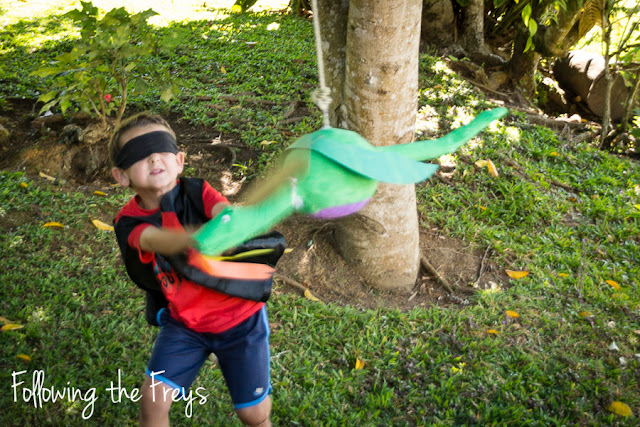 Here is the birthday boy slicing off it's head on his second swing. 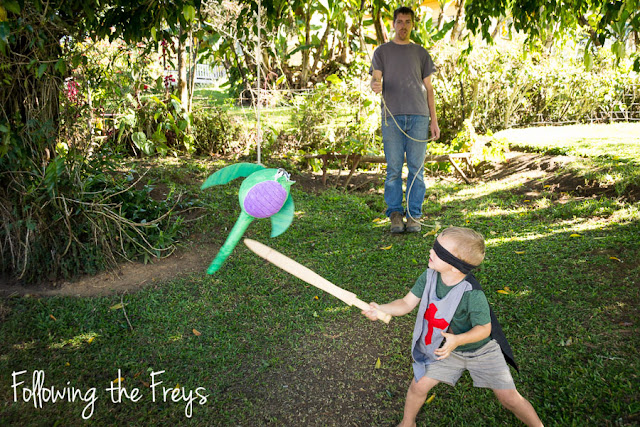 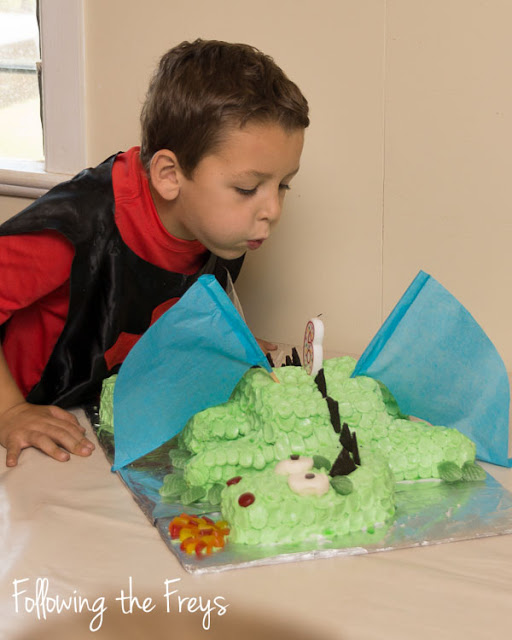 Now to see if I can clear the table of the new Lego set that he got yesterday so that we can have breakfast this morning...