A small smattering of photos for you this week.  The day after Greg's birthday party we went to Lae for a four-day holiday.  I left my camera at home on purpose.

This is the only photo I took during the trip, of Greg wearing a headdress in the stationary store.  Brian remembered that we had taken the same picture of him when he was about Kate's age. 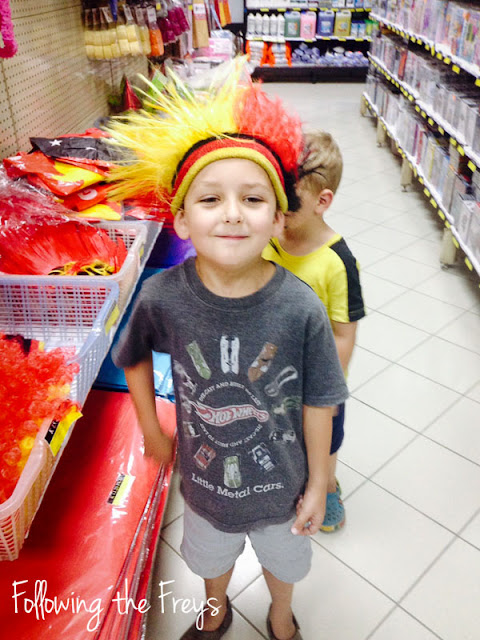 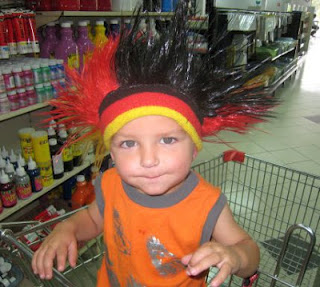 As usual, we did lots of shopping in the "big" city, but for me, the best thing that we brought back with us was my birthday present: 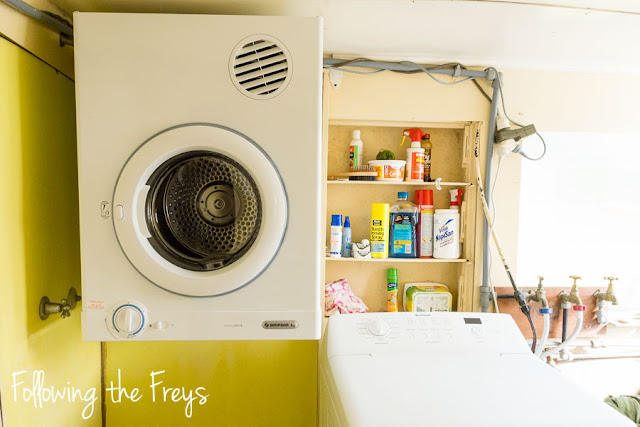 A clothes dryer!!!  And my wonderful husband installed it the same afternoon that we got home, even though he'd just spent four exhausting hours driving on the highway.  And the next day was even rainy and drizzly, and I had tons of laundry from our trip, so of course I had to try it out and dried two loads.  I feel so spoiled!

I've gotten along just fine for eight years without a clothes dryer, and most of the time line drying works great.  There are always days, however, when you've hung out the laundry and taken it back in multiple times because the rain comes and goes, and at the end of the day it still isn't quite dry, and you think - "Wouldn't it be nice to be able to pop this in the dryer for 15 minutes, instead of hanging it out again tomorrow?"

Will I be using my new luxury appliance every day?  Well ... we haven't figured out the exact costs of running it for ourselves yet, but a friend said that she just estimated it cost about $5 USD per load to run.  Yeah... electricity is expensive.  But it's awful nice to know that it's there if I need it... for my mental health and all. 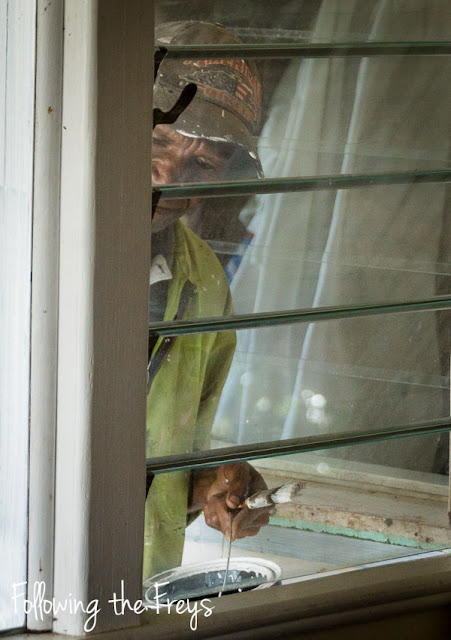 Painting continues on our house.
The whole place is snowy white with primer, and it already looks so much better. 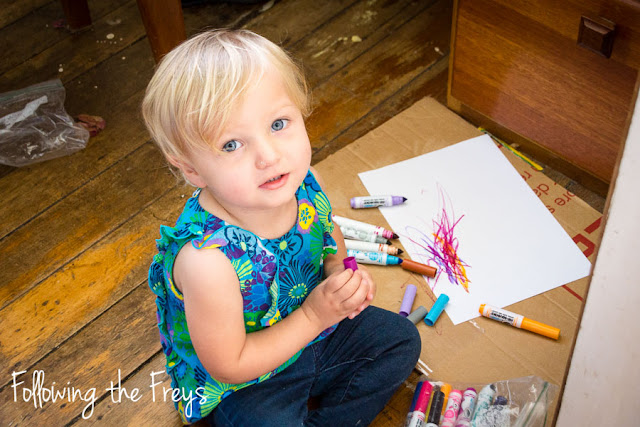 The boys are at a playdate this morning, but I have my little helper next to me as I write, drawing a "pik-ow."  There was a bit of drawing on the wall too, when I wasn't paying enough attention, but that's why we have washable markers, eh?

This morning as I was dressing her she was saying to herself in a sing-song voice, "No want pants - want pretty dress, pretty dress."  You see that I did put pants on her, but the top was deemed pretty enough, and we didn't have a tantrum.  Having a girl is very different, that's for sure!