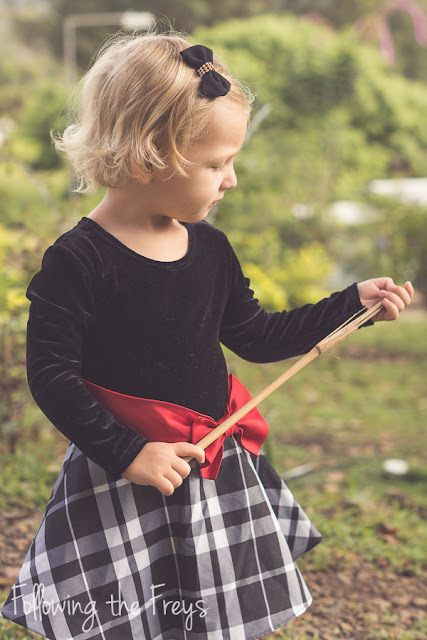 The first of three Christmas dresses in K's closet. 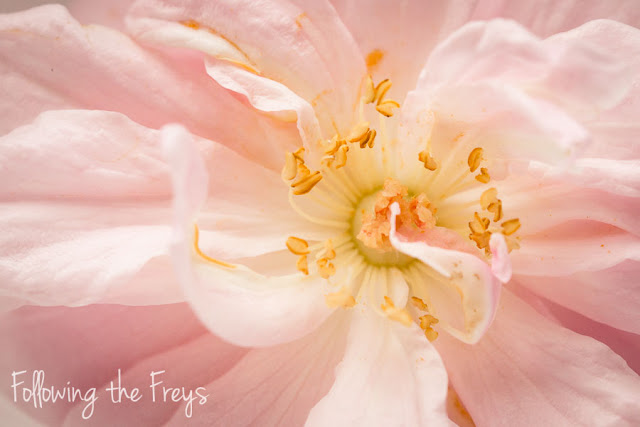 A rose picked for me (from the neighbor's bush, of course) by my son. Fat and stripey little things in the back yard. 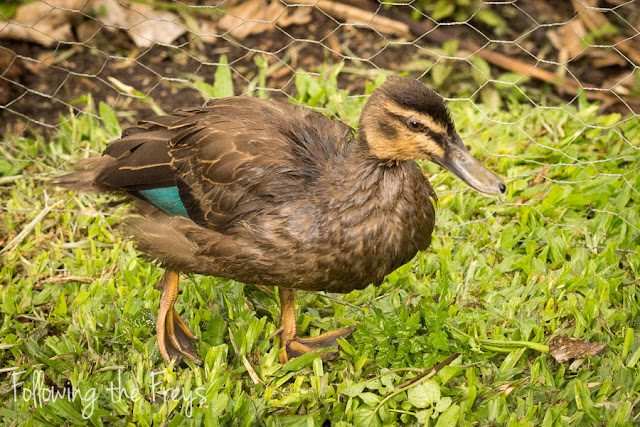 Our new pet, Coco.  She was an impulse buy at the market.  I've always loved ducks.  I googled her and found out she's a Pacific Black Duck (not endangered at all!).  I'm in the process of trying to find another duck or two to keep her company. 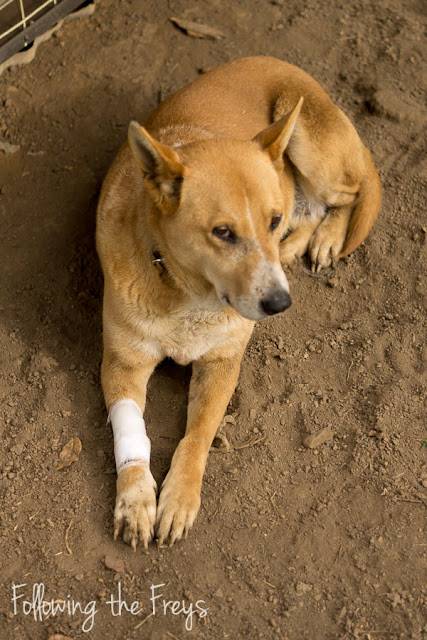 This has been the worst part of our week.  Ruby is terrified of thunder, and we've been having lots of thunderstorms lately.  We thought our brand new fence would be tall enough to keep her from running off during storms, but apparently it's just tall enough to rip a big gash in her leg when she jumps over.

If we had been in the States, we would have taken her to the vet to get stitches.  But access to vets is pretty minimal here.  Brian and I attempted to stitch up the wound ourselves, but without any anesthetic it soon became apparent that it wasn't going to end well, so we've just bandaged it up.  She doesn't mess with the bandage during the day, but at night she's been chewing it off, so this afternoon I'm going to have to figure out how to make a head cone for her. 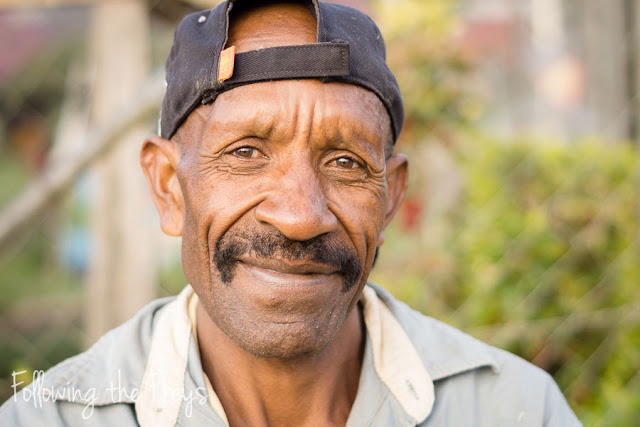 Lastly, I just thought I'd post this here for anyone who is interested.  I've started a new photo project called 100 Strangers.  Basically the goal is to meet, talk to and photograph 100 people I don't know.  Kind of like Humans of New York.  It's not an original idea.  If you look at the 100 Strangers Flikr group, you'll see that thousands of people have done this project.  As of today, I've only photographed three, including Kevin here.  I haven't given myself a timeline, so it may take me years - who knows!  And no, I never did finish the Project 52 I started this year.  I got so far behind that I quit halfway through.  :(  Maybe if I don't give myself a deadline on this project I'll actually complete it!

If you're on Flikr, you can follow my progress here.  Or I've also got a gallery with the photos and short stories on my photo website.  I won't be posting the photos here every time.