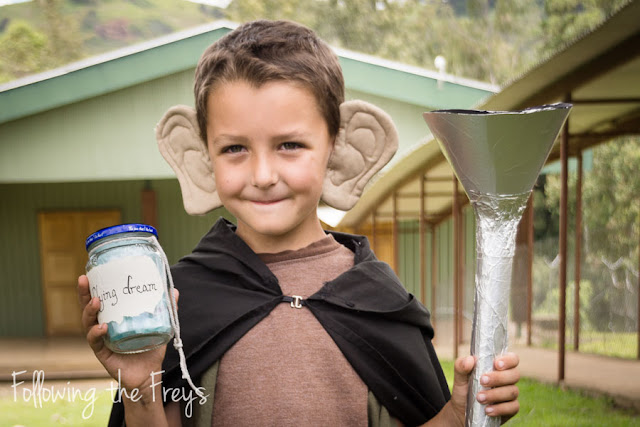 The book character parade is a much-anticipated event each year at the Primary campus.  This year Greg wanted to be the BFG, since we had recently listened to the audio book as a family and had seen the movie.  So I got sew up some big giant ears and a long, hooded black cloak. 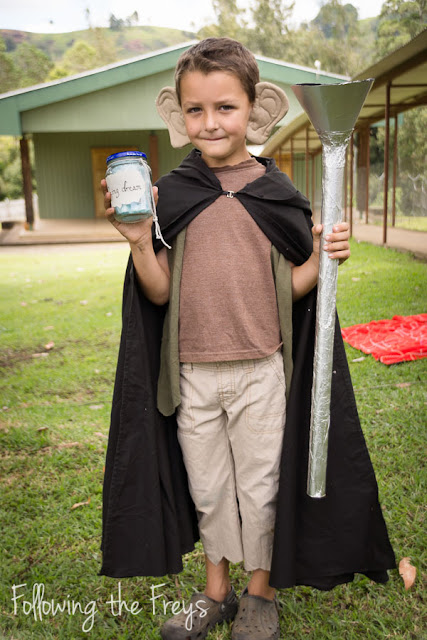 The whole ensemble.  I tried to make a cool dream jar by putting some glow sticks inside behind tissue paper, but you really couldn't see them glow in the bright sunlight. 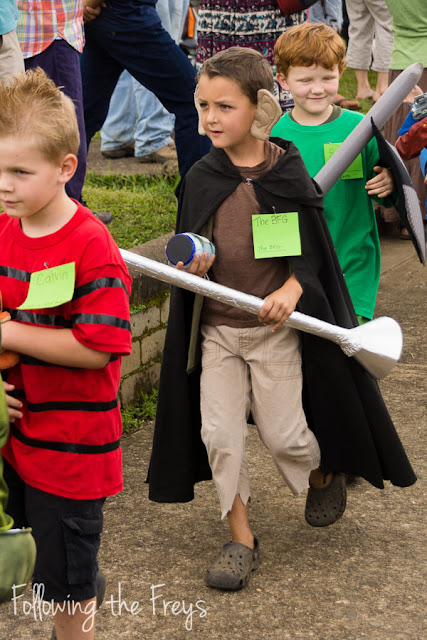 The kids do a parade around campus for their parents, and then spend the afternoon doing fun activities. 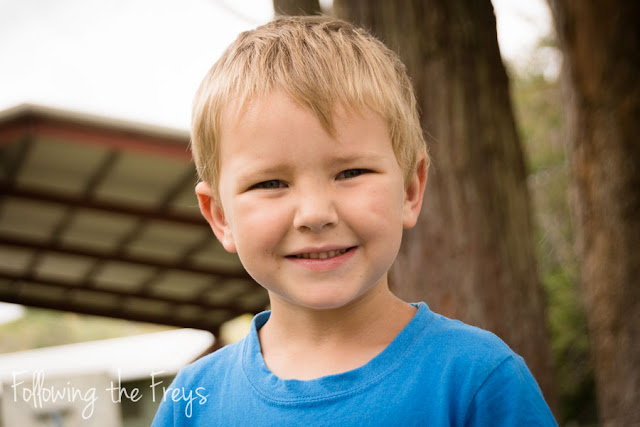 It won't be too long before this guy is dressing up too!

In little sister news, she constantly cracks me up: 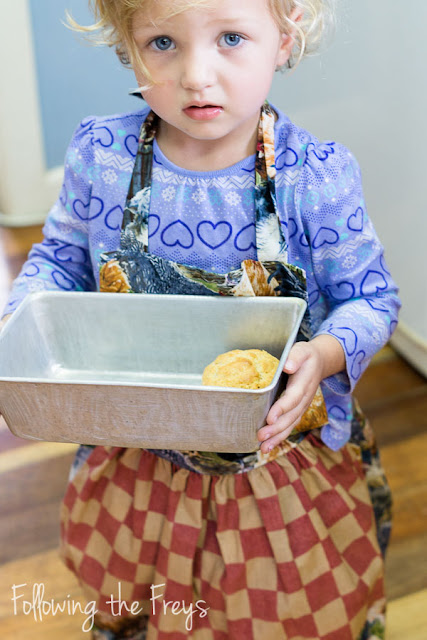 One day she asked for her apron (from Aunt Becky), then got a pan out of the cupboard, telling me that she was going to bake bread.  Then she grabs a freshly-baked muffin from where they were cooling on the counter, plopped it in her pan, and proudly showed off the product of her baking.

Later that day I heard urgent cries of "Mom!  Mommy!"  But when I came to see what the matter was, I was told to "go away."  It was just the baby dinosaur calling for his mommy dinosaur. 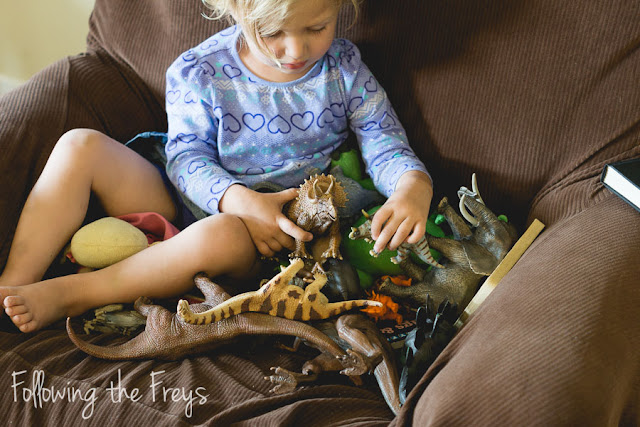 She played dinosaurs with Caleb for quite a while, but while Caleb's dinosaurs were roaring and eating things up, Kate's were very domestic and loving, with lots of kisses.