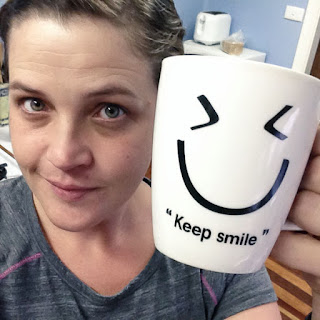 When I have started to feel a little tired or down this week, this mug that I found in a forgotten box while packing has helped me keep my attitude straight.  It was something I bought at a trade store here in PNG a few years ago.

That's my motto for this last week of furlough-prep craziness:  "Keep Smile."

We started off our week on Monday by sending Brian off for (another) out-of-the-country trip.  He comes back today! 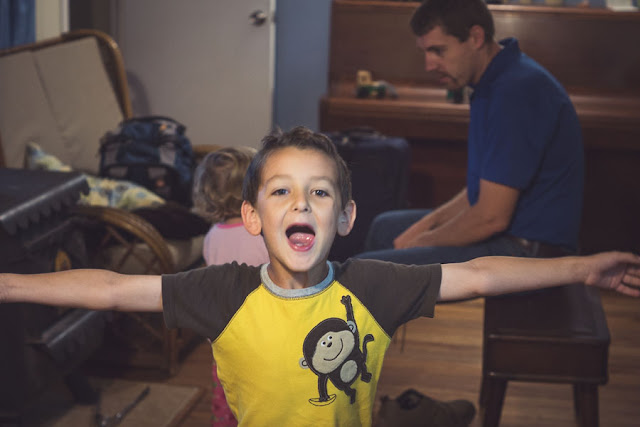 Here is Greg photo-bombing a sweet moment between father and daughter. 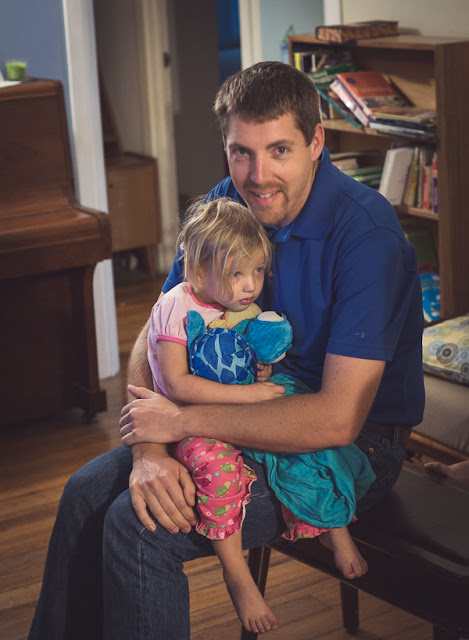 There is the sweet moment I was trying to capture.  She was really sad about him leaving.  Turns out she thought that she was going to get to go with him, since we've been talking about all of us traveling on airplanes.  Next time, I promise! 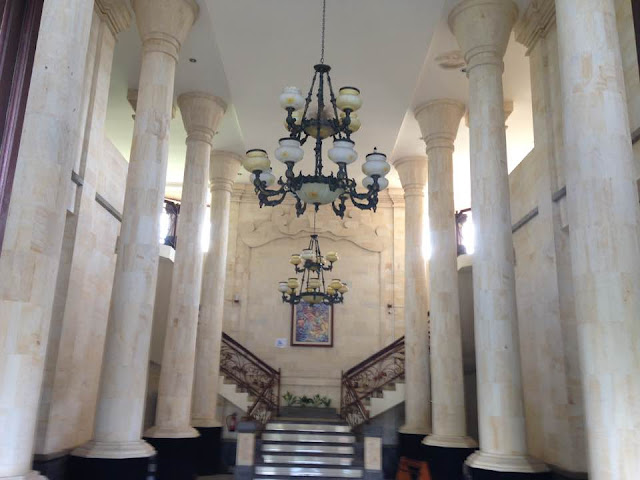 A shot of the inside of the hotel in Bali, Indonesia where Brian was attending meetings.  Not too shabby! 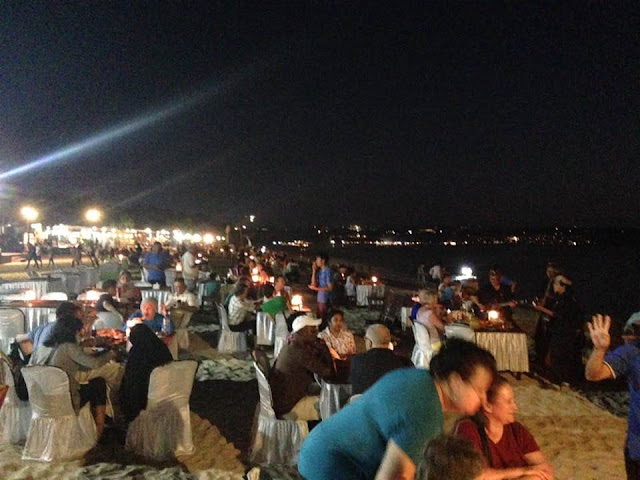 He really was in a conference room most of the time, but he did get to go out and have dinner on the beach one night. 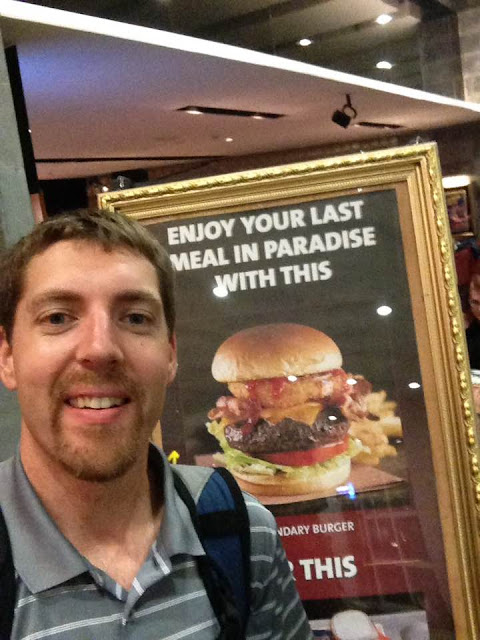 And he had to send me a photo of his dinner last night at the airport before flying overnight to Brisbane, Australia.  Why does he always tease me with photos of his meals when he travels?!!  We are very much looking forward to having him back this afternoon - not least because the part for our truck arrived, and so he can fix our vehicle tomorrow!! 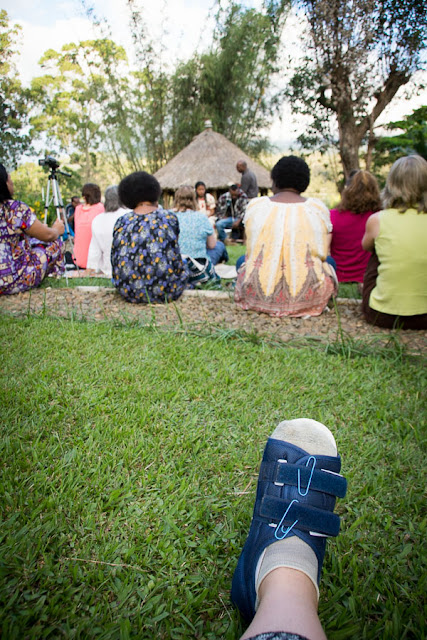 Meanwhile, I took my gimpy foot to a Papua New Guinean wedding this week.  They asked me at the last minute to take some photos.  I was told this would be a traditional wedding, and so I jumped at the chance to attend.  The only other PNG wedding I've been to was very Westernized. 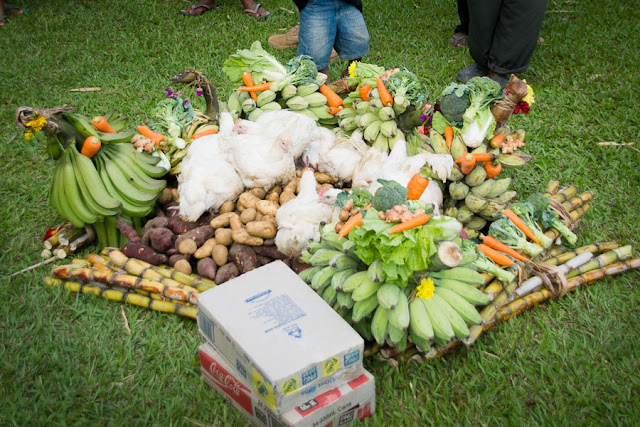 The groom's family brought with them this food to offer to the bride's family as a bride price - including 13 live chickens! 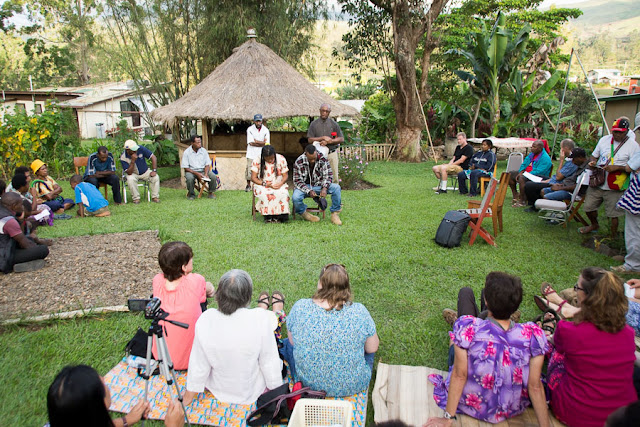 The wedding was pretty casual, and involved lots of speeches, which is to be expected at any PNG event.  There was an explanation of traditional marriage customs from both sides, since the bride and groom were from different parts of the country, and wedding customs vary greatly from group to group.  After speeches from both sides, the bride was officially handed over to the groom's family, along with some tears.

Then the bride and groom sat in the middle of the circle for some more speeches - this time marital advice and exhortation from some respected spiritual leaders.

Finally, the speeches were done, and refreshments were served.

The thing that struck me is that much of the ceremony was about forging a bond between the two families.  In the U.S., we see marriage as more about the bride and the groom.  But in PNG, family is much more important.  A successful marriage involves agreement and support from both extended families.

I hear my washing machine telling me that it's time to hang out the laundry.  Until... well, maybe next Friday?  We'll be traveling that day, so no promises...

I'll try to get a picture of myself with some awesome first-world hamburger...