Another two weeks have gone by, and a lot has happened.  It's almost a month now since we left PNG, and yet we've only been at our own furlough home for a week and just finally got the suitcases unpacked and are starting to feel settled!  Here is what we've been up to:

In Colorado, we spent some quality time with grandparents, aunts, uncles and cousins. 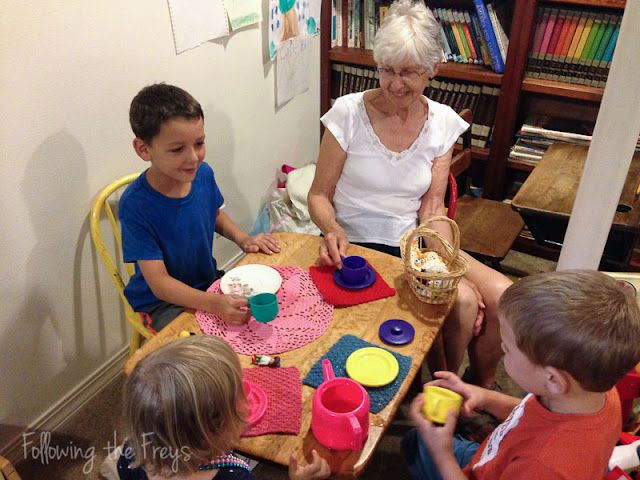 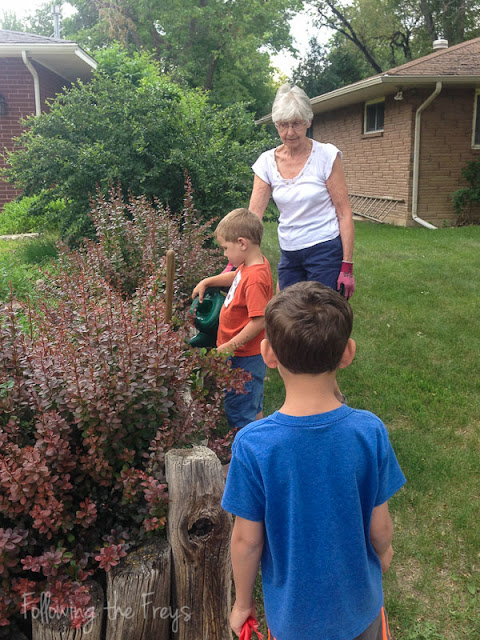 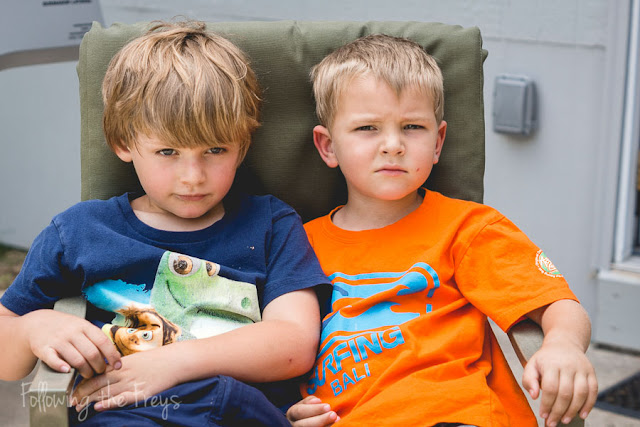 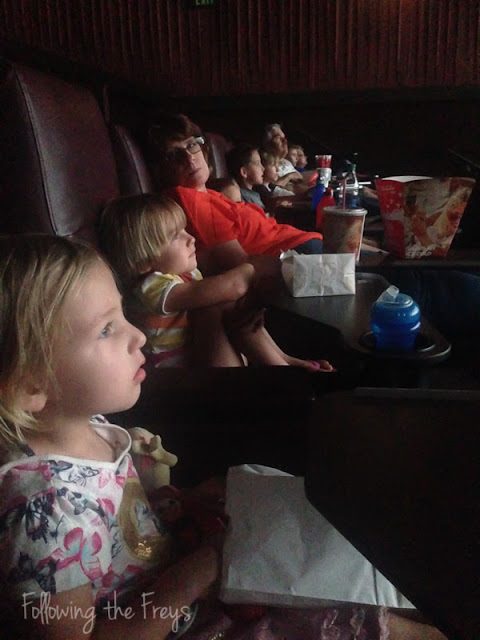 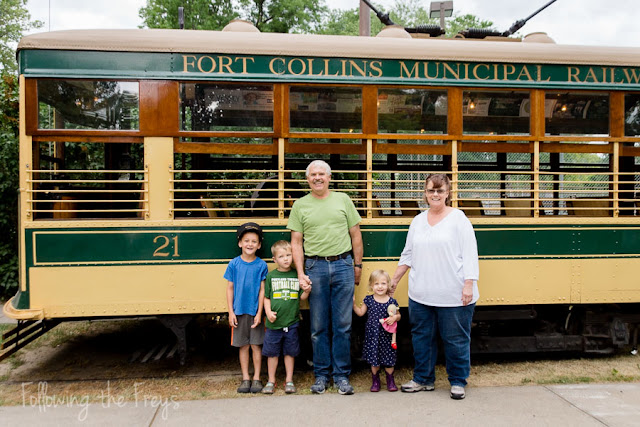 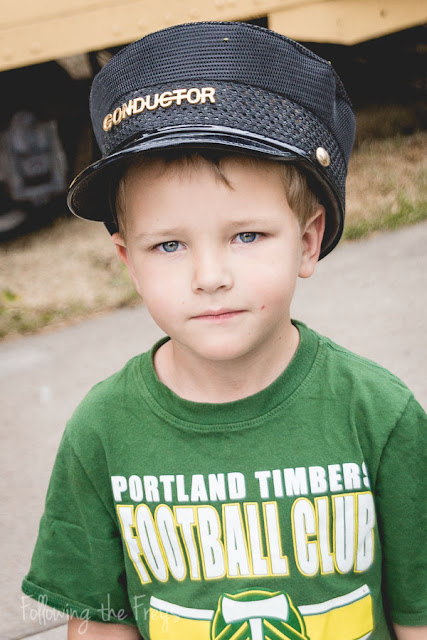 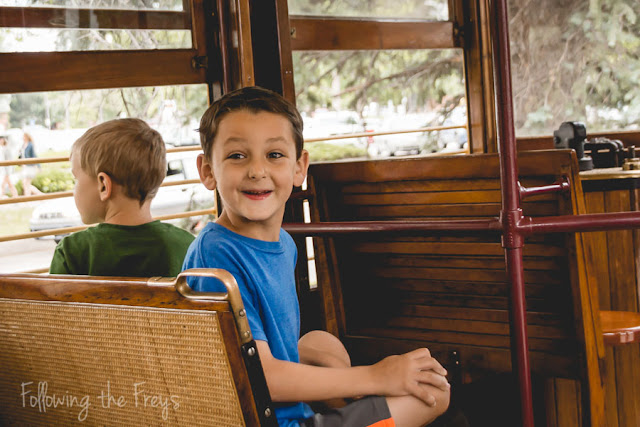 Greg remembered riding the trolley two years ago, but he was still just a tiny bit excited....

All too soon it was time to leave Colorado.  The house that we are living in during this home assignment is in Turner, Oregon, but most of our personal belongings (including housewares we got as wedding gifts and have seldom used) were stored in Colorado.  So we rented a trailer and loaded it up with a donated sofa and all of our boxes and suitcases, and set out on our first road trip! 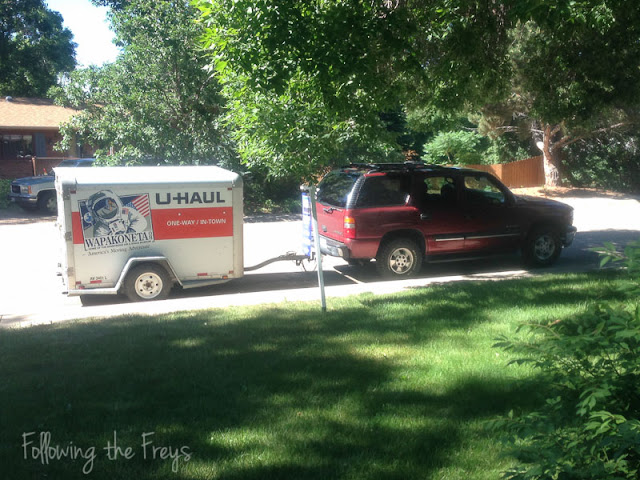 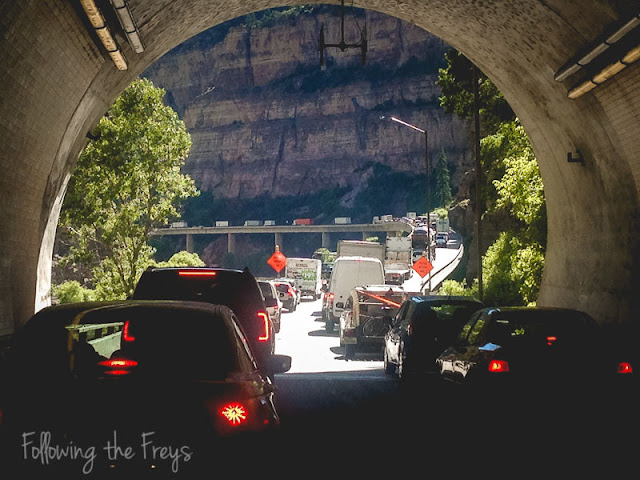 The drive on I-70 West over the Rockies was beautiful as always, but also slow because of road construction. 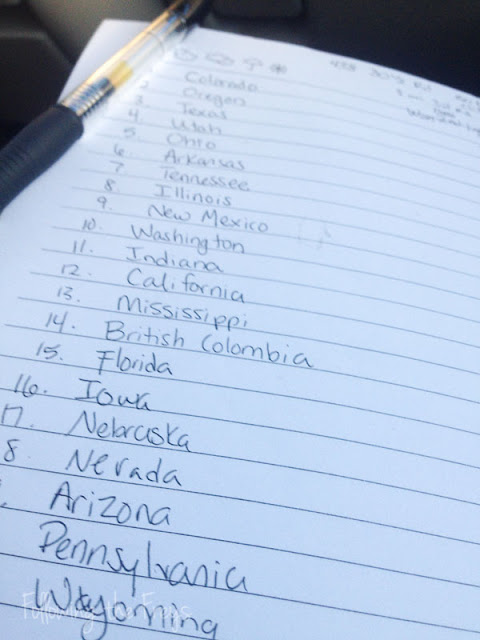 We introduced the kids to traditional road trip games such as seeing how many different license plates we could spot along the way (35).

Along the way we spent two nights in Boise, Idaho with Brian's brother. 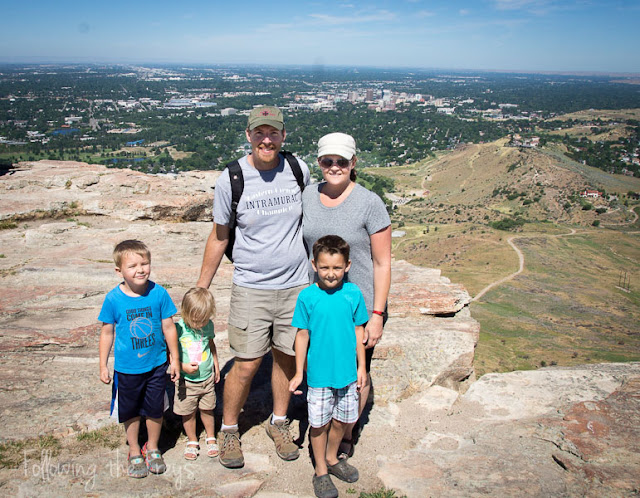 He took us on a short hike to an overlook of the city. 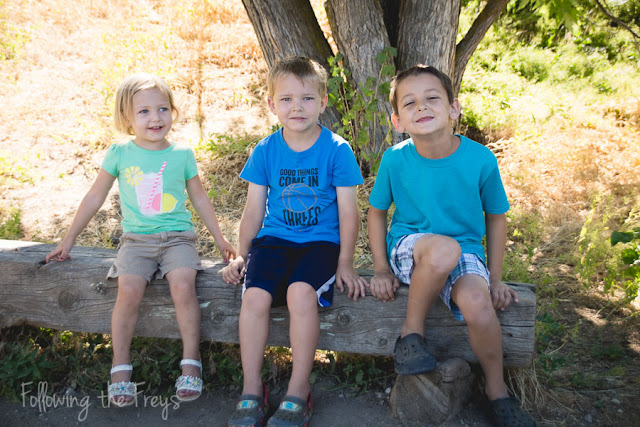 Then it was time to get to Oregon.  Brian had planned a route that took us on some lesser-traveled highways, which turned out to be very scenic and much more fun than the interstate.

We visited John Day and the Painted Hills. 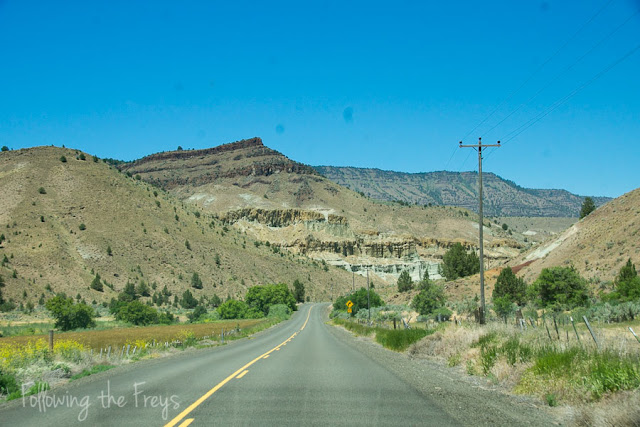 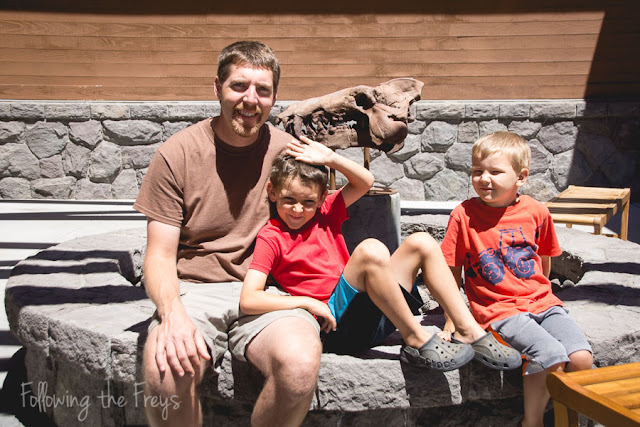 We stopped at the interpretive center for the John Day Fossil Beds National Monument.

Then a fun stop in Shaniko, Oregon's finest ghost town (population 36).  Brian remembered visiting when he was a kid.  There are a few open businesses, but mostly a lot of old buildings and a barn/museum full of antique cars. 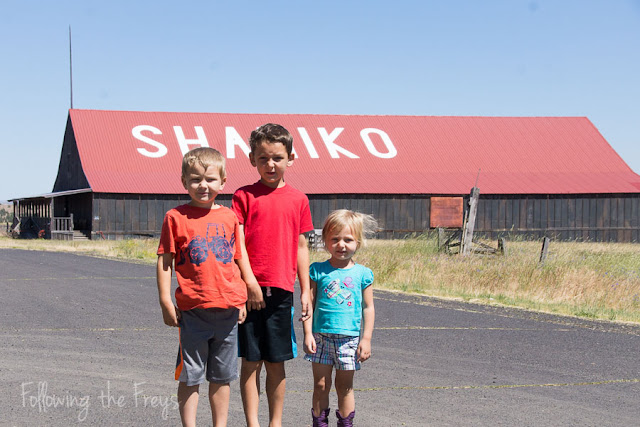 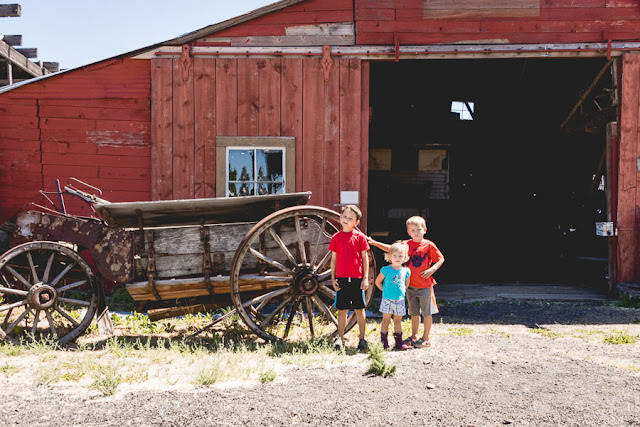 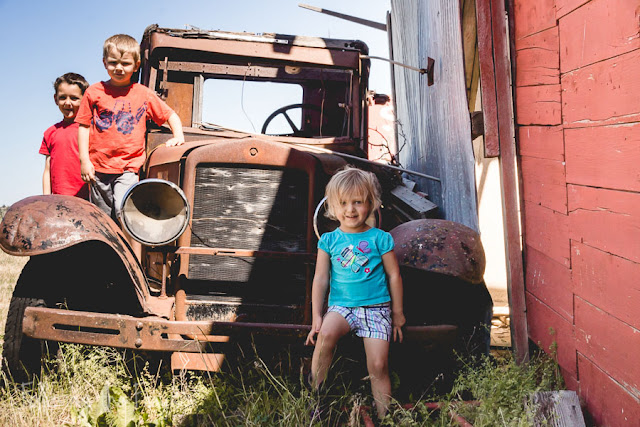 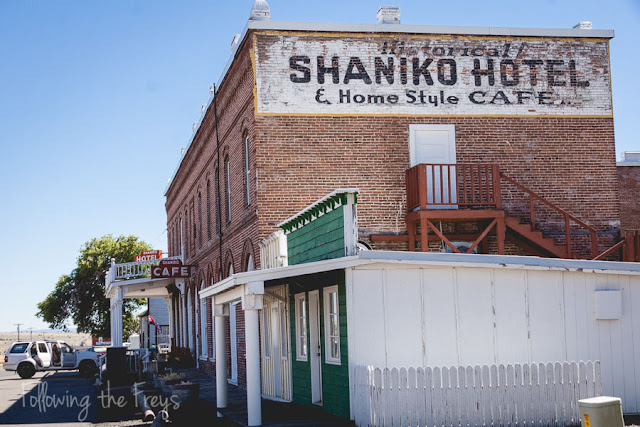 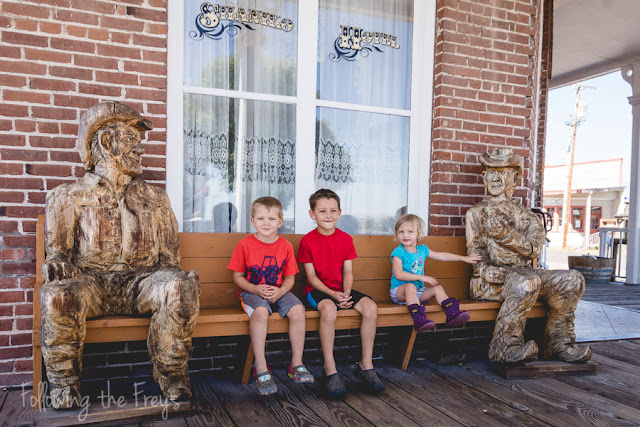 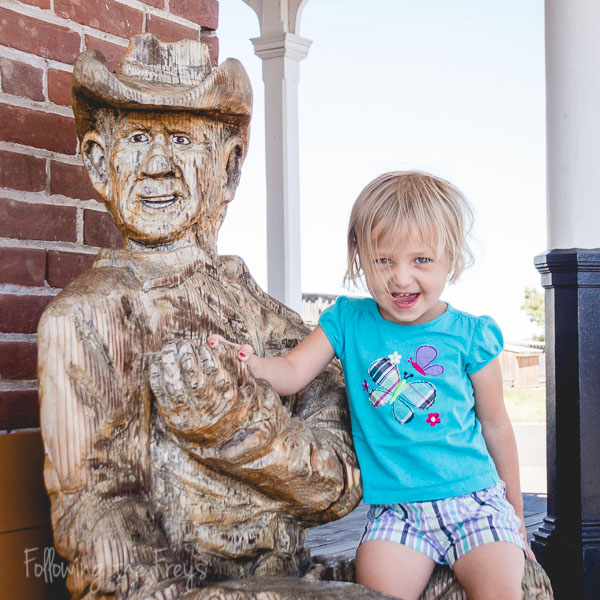 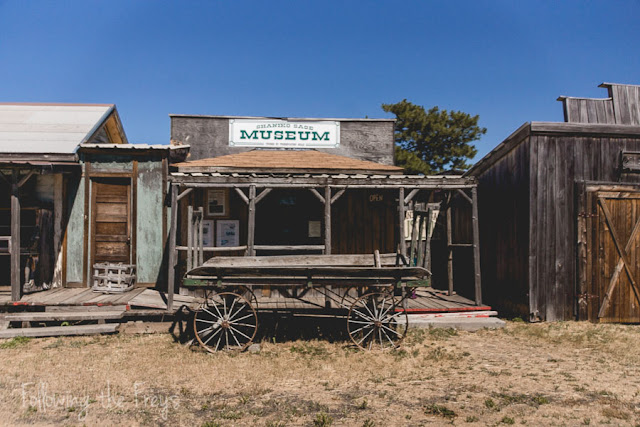 And now we are in Turner, at a house that family and church friends have fixed up wonderfully for us, spending a lot of time and elbow grease to get it ready for our family, for which we are so grateful.  We have been unpacking and settling in, fixing up a few things around the house, and trying to find a new normal.  (Not quite there yet!) 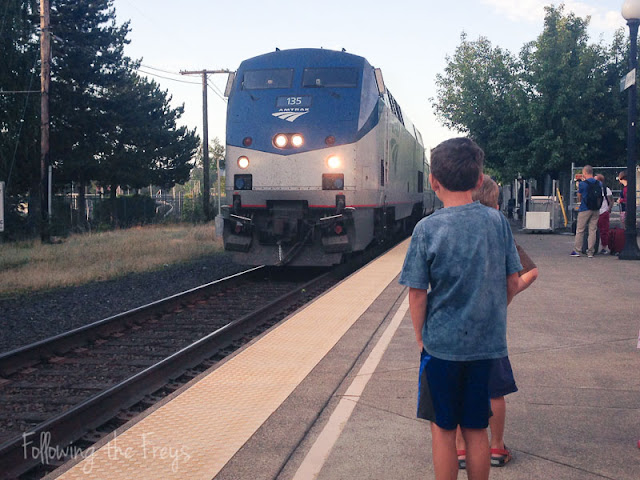 This week the boys had a fun outing, taking the train from Salem to Seattle.  We are renting a van while we are in the States from Righteous Rides, an organization that provides vehicles for missionaries while they are back in the U.S., but we had to pick the vehicle up in Seattle.  Brian and the boys made a day of it, taking the train up and then driving our van back home. 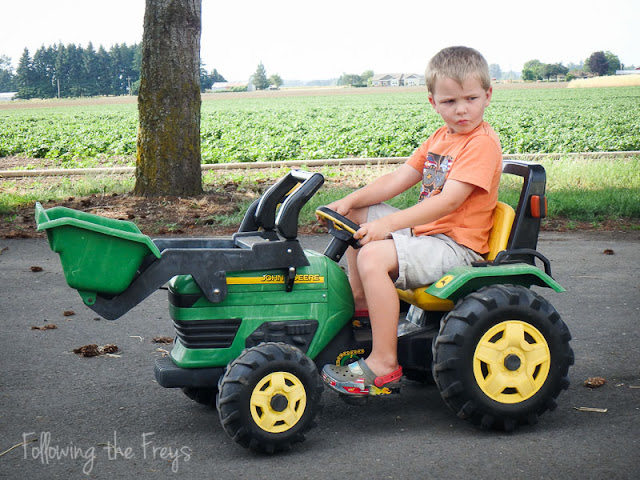 Caleb has also been working hard at his grandparents' farm, as you can see. 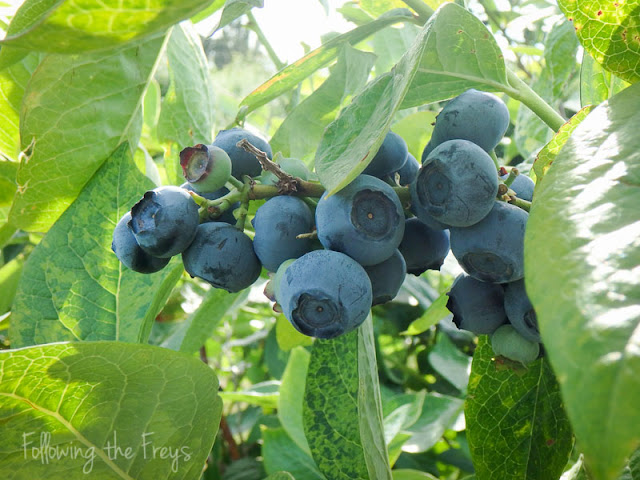 And what is he harvesting?  Fresh Oregon berries, of course!

best essay writing company said...
This comment has been removed by a blog administrator.
September 20, 2017 at 11:14 PM