A lot of photos this week, so let me summarize for you so you know if it's worth scrolling through: 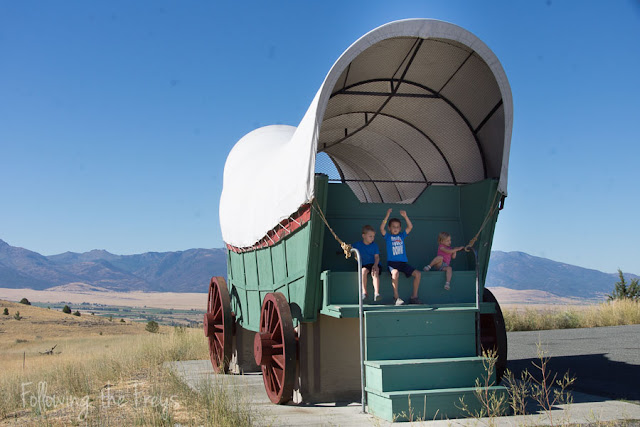 If you remember from last Friday, we were on our way to Boise for the wedding of a friend.  Let me say, Eastern Oregon has surprised me.  I didn't expect to like it as much as I have during this furlough on the few times we've traveled through.

The view outside Prairie City (also home to the giant covered wagon above).

In keeping with the gold theme of our trip to California this summer, we also stopped in Sumpter to see this old gold dredge... 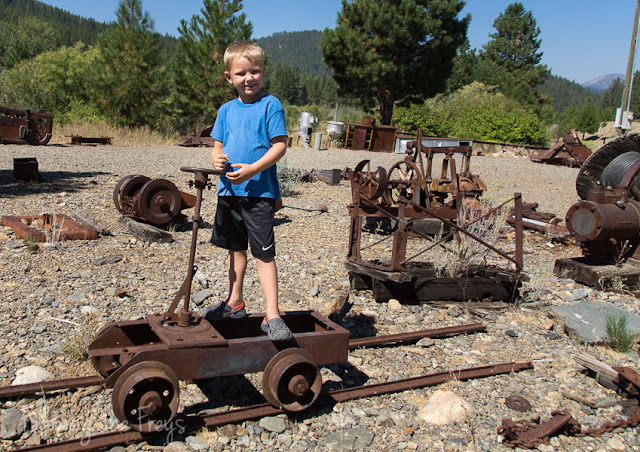 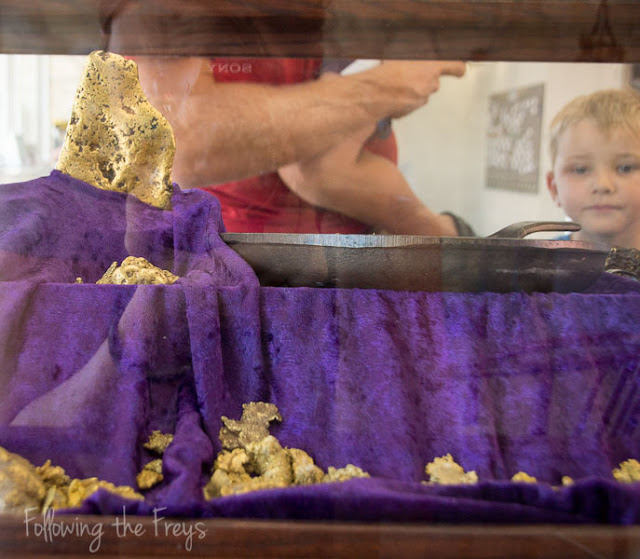 ... and to see the impressive display of big gold nuggets at the U.S. Bank branch in  Baker City, including the impressive 80+ oz Armstrong nugget at the top there.

Gold fever taken care of, it was time to turn to hot air balloons!  After I realized that I had missed our own local hot air balloon festival in Oregon, I started searching around to see if there would be another opportunity to see/photograph one while we are in the states.  And guess what was happening in Boise the same weekend that we were already planning to be there?  Yup.  The Spirit of Boise Balloon Classic.  And our hotel (already booked in advance), was located an easy one-mile walk down a bike path from the park where the festival was taking place.  Lucky me! 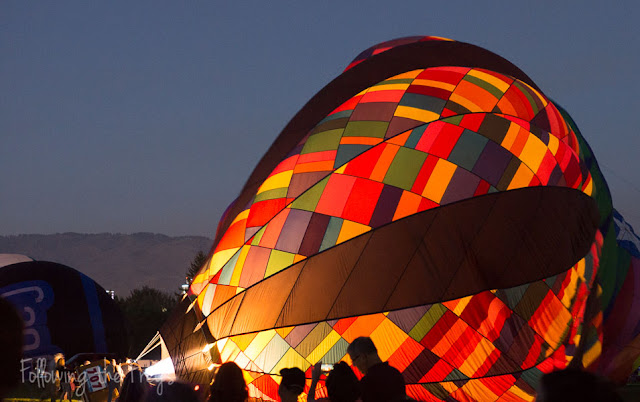 Friday night we went to the park to see the night glow event. 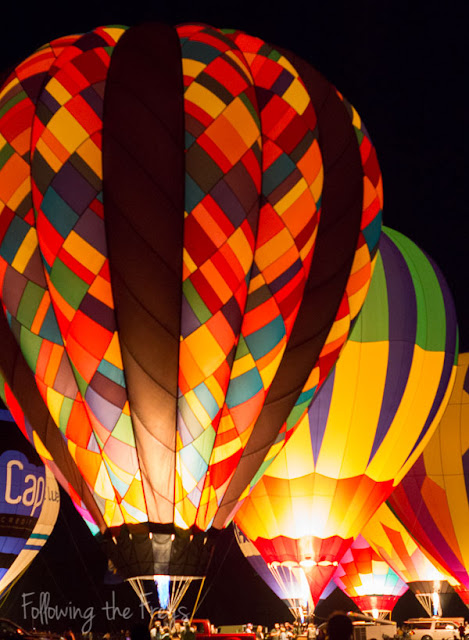 And Sunday morning we were up at dawn to see the final launching - 50 balloons! 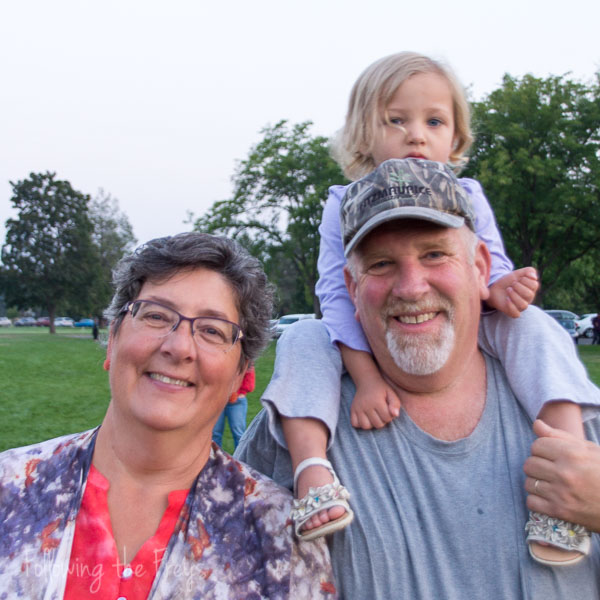 We convinced grandma and grandpa to come with us, before they started helping to set up for the wedding, which was that afternoon.


I tried to limit the photos for you, honest.  The last time I remember going to a balloon festival would have been when my family lived in Albuquerque, New Mexico when I was about Caleb's age or younger.  That balloon festival is one of the best known in the world, and I still remember how amazing it was to see all of those balloons take off in the chilly early morning air. 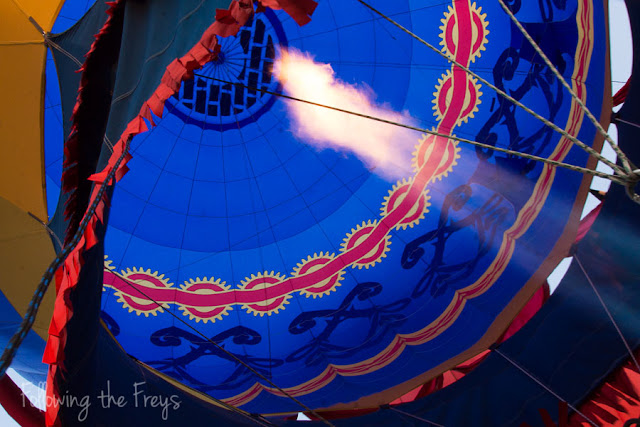 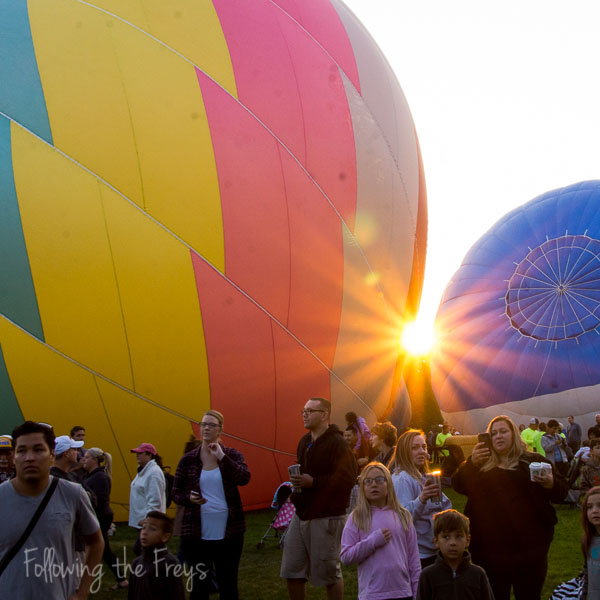 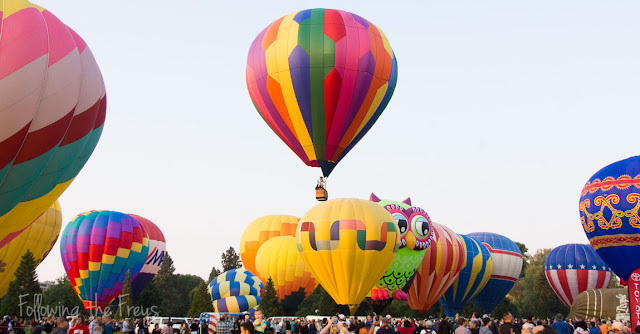 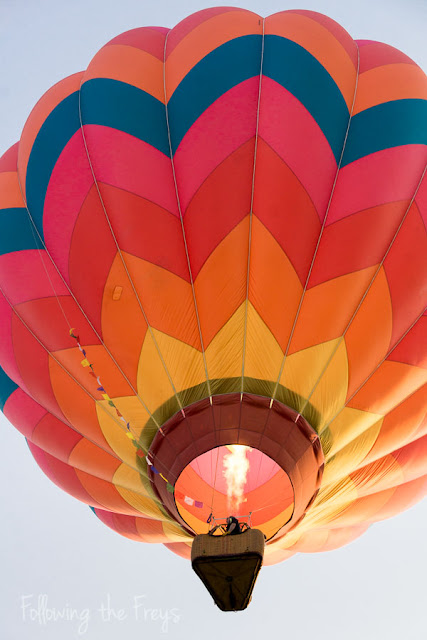 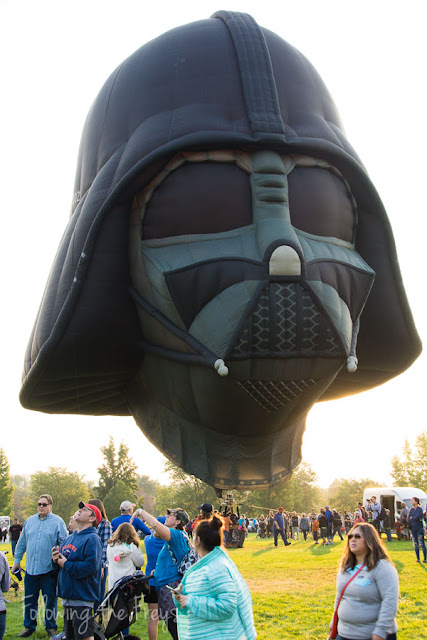 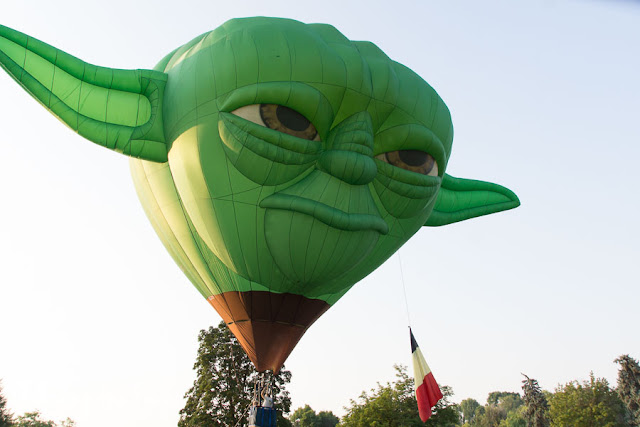 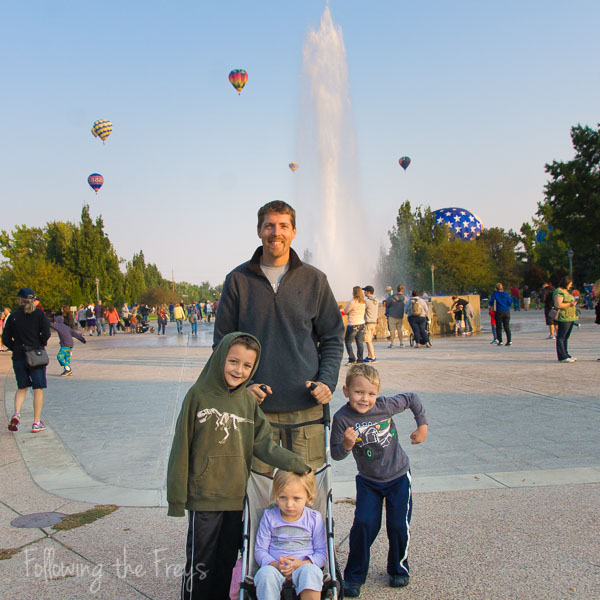 (I think the boys look so excited because at this point it was finally time to walk back to the hotel for the breakfast buffet!) 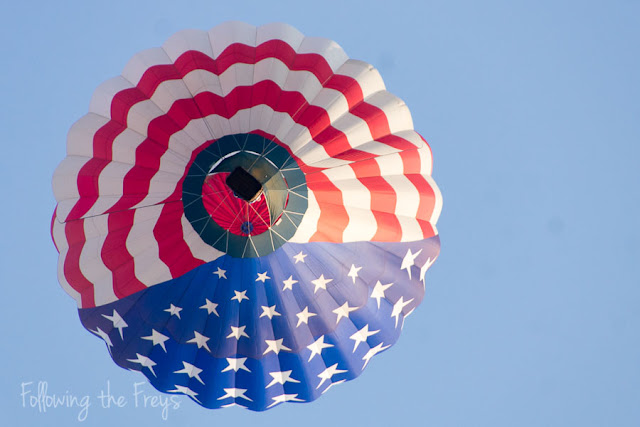 And Sunday afternoon/evening we were wedding-ing.  It was really a fun party... probably more fun than my wedding, but then this couple is probably just more fun in general than I am. ;) 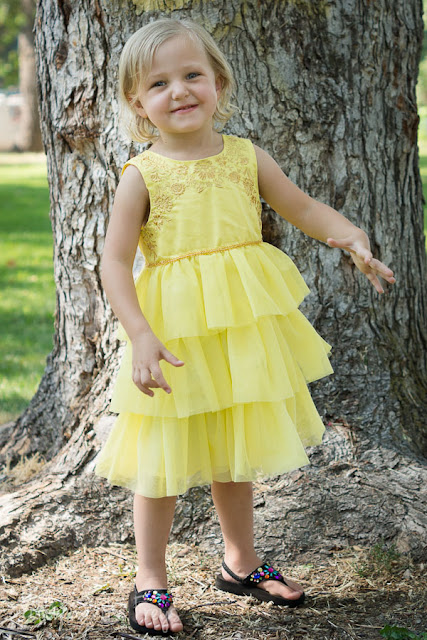 And this one was thrilled with her "princess Belle" party dress. 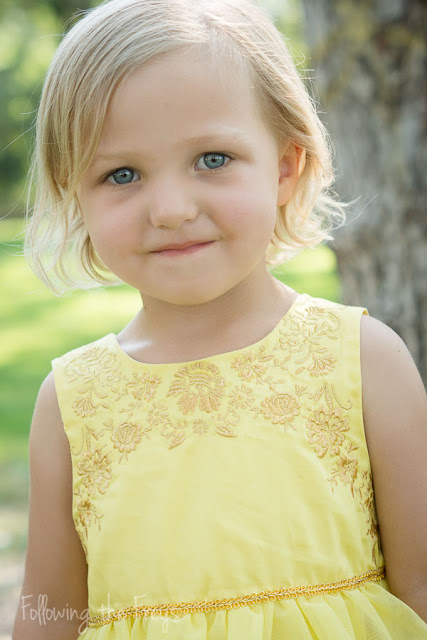 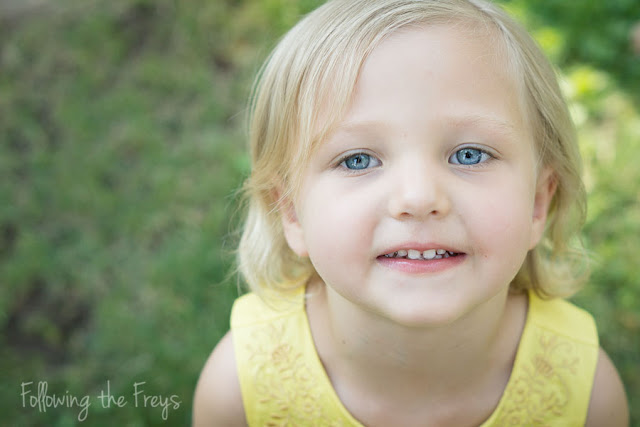 The couple did a good job of planning for the little ones too.  Outside the reception hall, there was a giant tub of carrots to feed to the next-door goats! 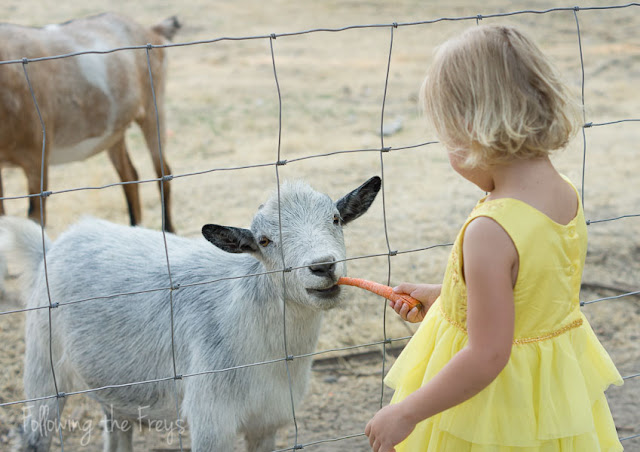 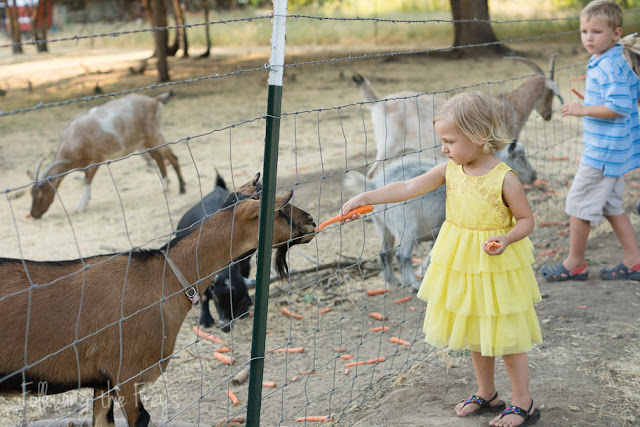 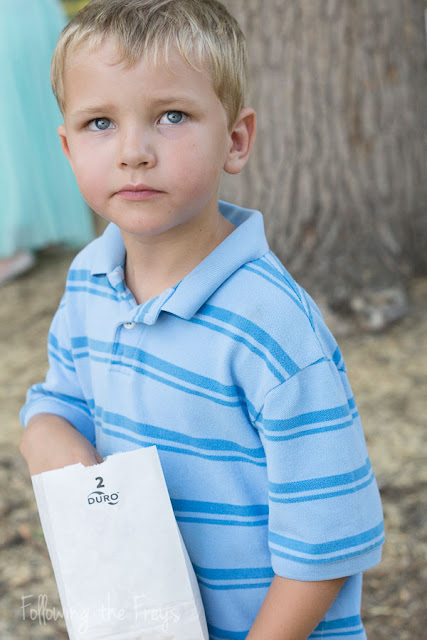 Did I mention big tubs of popcorn and other kid-friendly food?  (And they had food trucks for dinner... seriously, waaaaaay cooler than my wedding.) 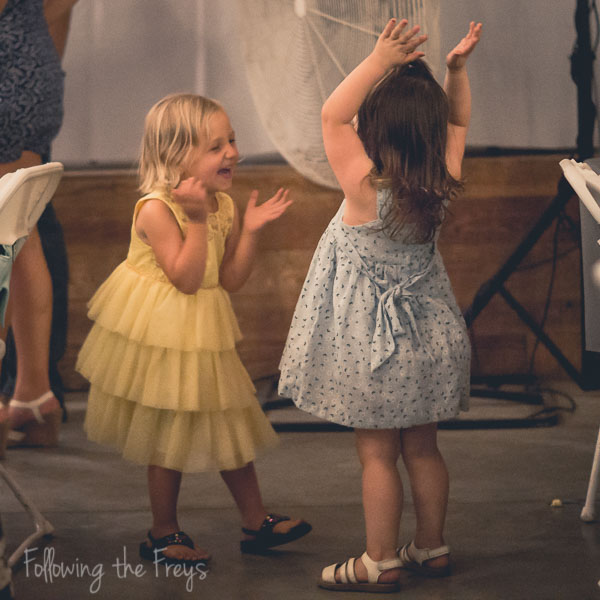 Kate met another little girl her age and they became instant best friends, in the way that two little sugared-up, stayed-up-way-too-late little girls do.

Wedding over, we had to head straight back home, because the boys started school on Tuesday! 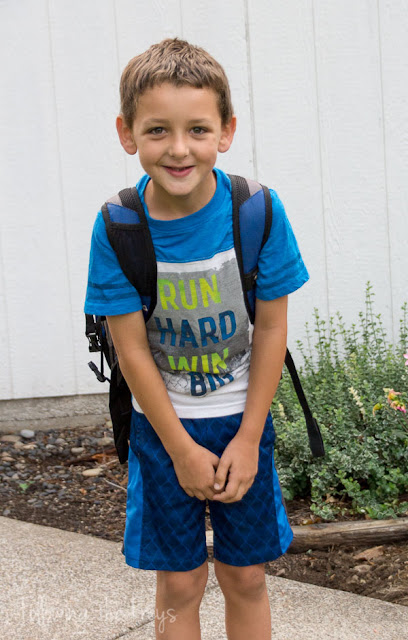 First day of second grade for this one!  Attending a public school, riding the bus... maybe we'll even get him to try a hot lunch before the year is up. 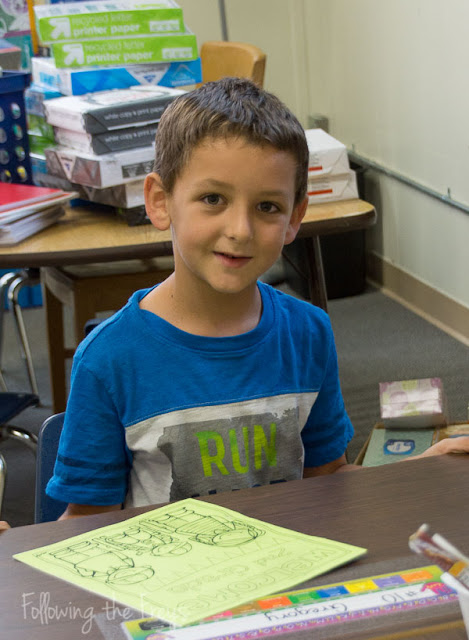 Because it's a small town, you might not be too surprised that Greg's teacher went to the same High School as Brian, though a few years after him.   We think that Brian's brother might know her... 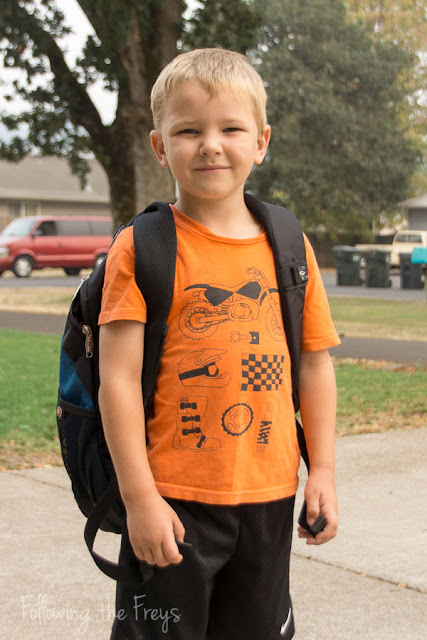 Caleb is attending preschool at a church here in town two mornings per week.  He loves it so far. 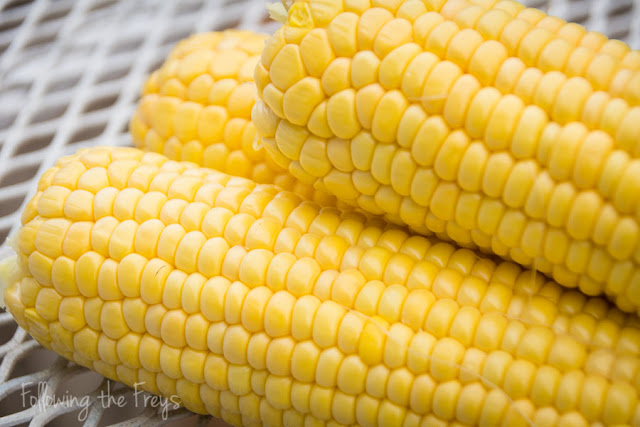 When we arrived in Oregon, a garden had already been planted for us, and we have been enjoying the fruits of it the past few weeks.  Its amazing that it's all stayed alive, really, with almost no rain and us traveling around so much!

Brian and I have been intrigued by the new meal-delivery services that are popping up everywhere.  In the spirit of trying to blend back into American culture, we used a discount coupon to try out a half-price week of Blue Apron. 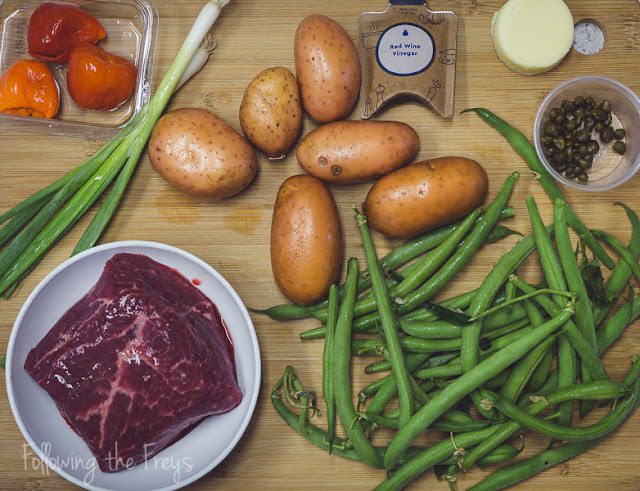 I have to say, I really dig the idea.  Good healthy food, flavors you might not try otherwise, and the relief of not having to come up with the answer to the question "what's for dinner?" all on your own.   No shopping, and no leftover specialty ingredients that you might not use again. 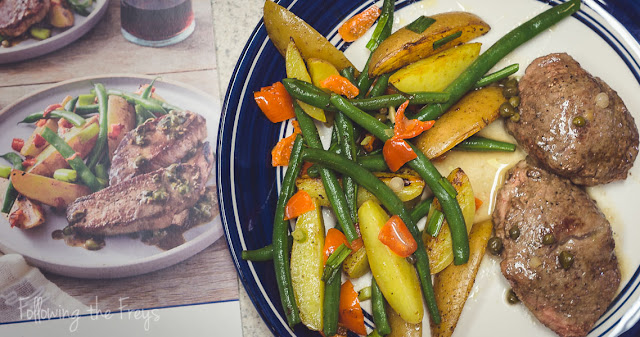 What do you think?  Did I do a good job?  I have never cooked with capers before.  It was super yummy!!

Sadly, I don't think it'll fit into our budget long-term - especially if we started ordering enough to feed the whole family,  instead of just two people.  So I canceled after our first, discounted delivery.  (...but I may have signed up for another deeply-discounted trial week with a competing meal delivery service for next week.. just for comparison...)

Do you think they might start doing something like this in Papua New Guinea?  A girl can dream...

I always enjoy your fotos! No matter how many! I too had an opportunity to be in Albuquerque, NM. The hot air balloon festival was so much fun. Thanks for reminding of a fun memory.