Time to dish on our Christmas-y doings.

We had an early Christmas with the Freys, since we wouldn't be in Oregon for the holiday itself: 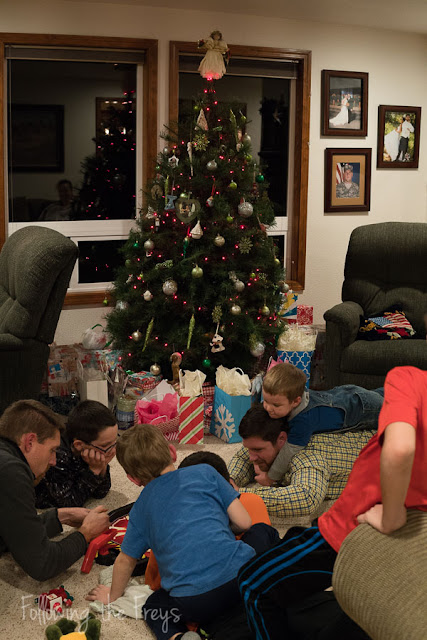 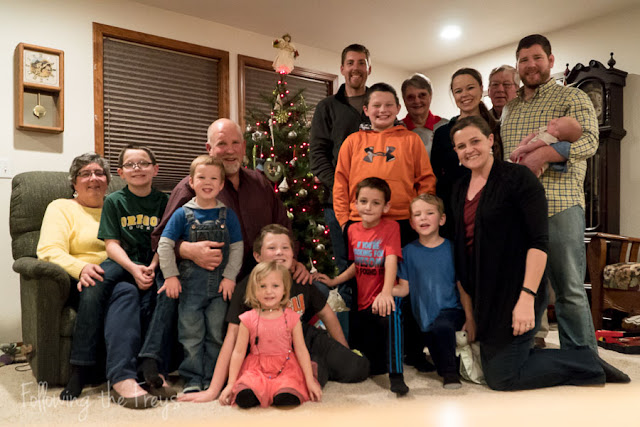 Just missing one of Brian's brothers...

Then it was road trip time! 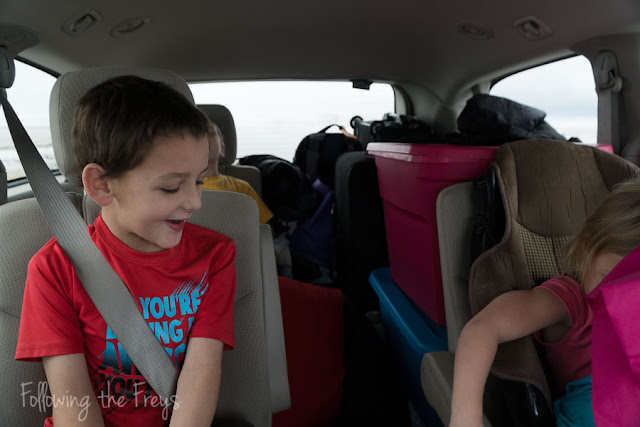 Three days on the road as we drove to Colorado to see my side of the family. 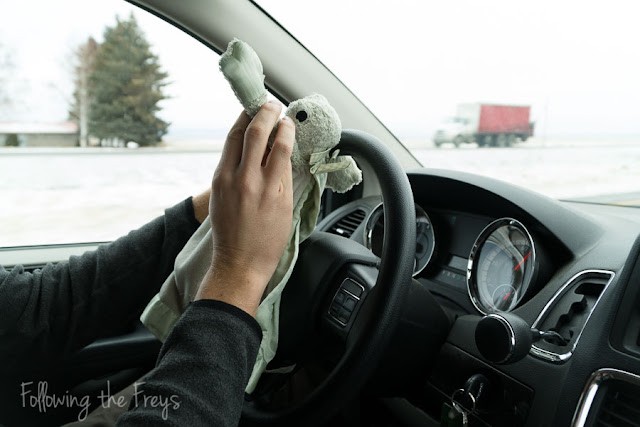 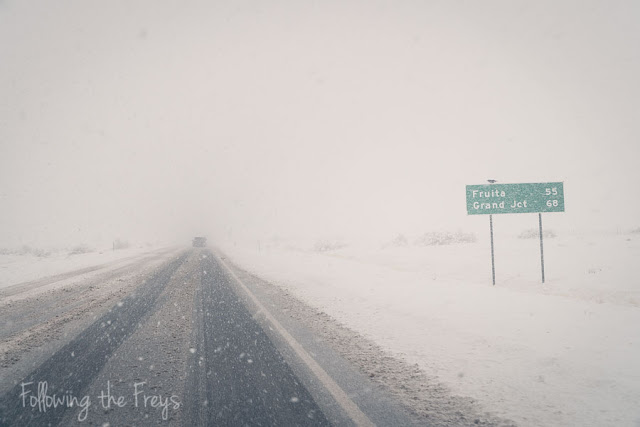 There were some "fun" winter roads for Brian to navigate on that last day... Although by the time that we got to Grand Junction, where my parents live, the roads were dry and the skies clear.  No white Christmas for us.... 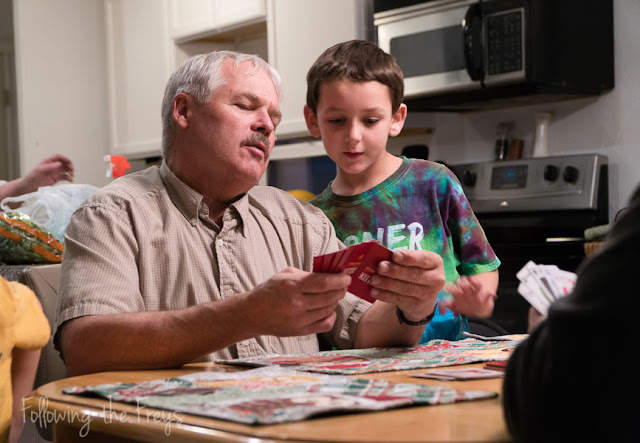 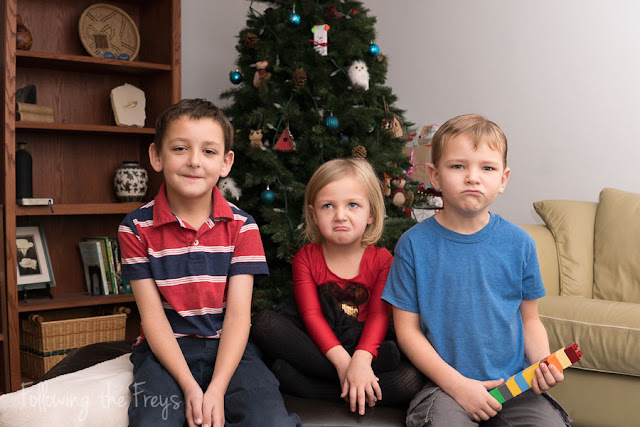 The seemingly impossible task to get a nice tree photo with the kids. 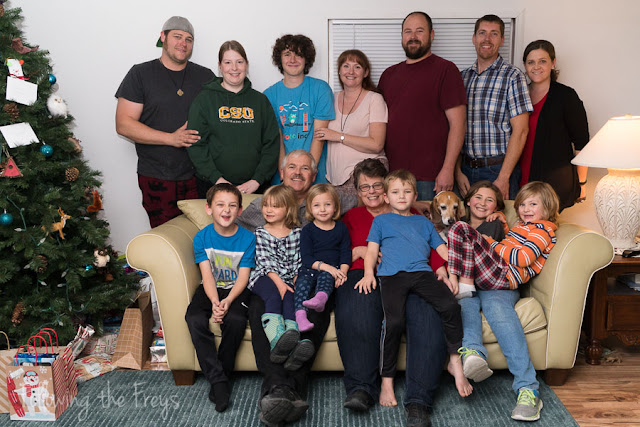 The whole gang back together!  Last time we did Christmas together, Kate was a newborn. 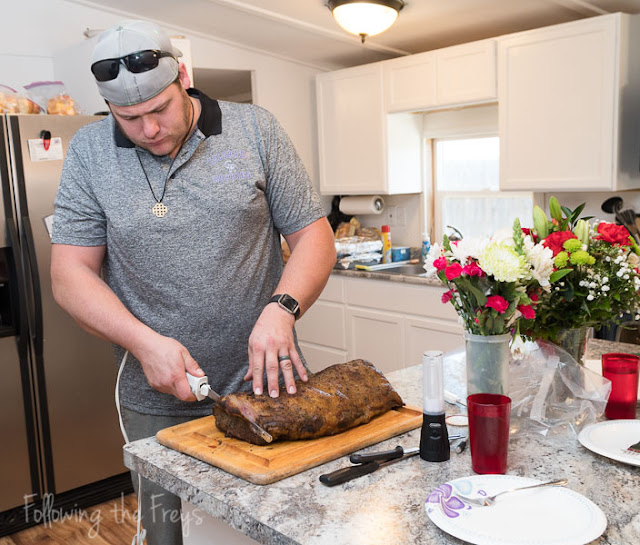 Both of my brothers love to cook, and so we had cinnamon rolls, chipotle-raspberry glazed bacon, and even tri-tip cooked to perfection in a professional steam oven.  (I contributed the pies, which has been my area of specialty since High School). 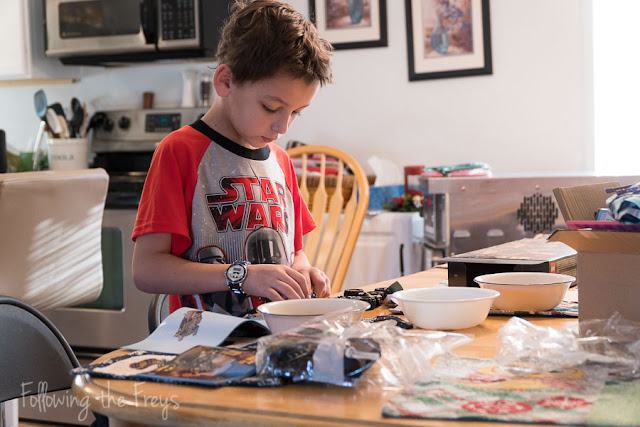 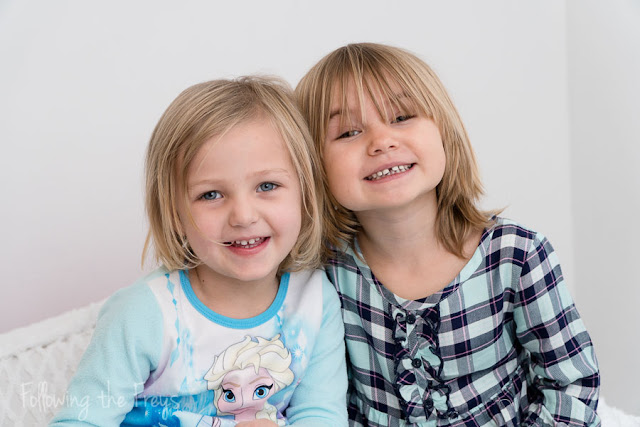 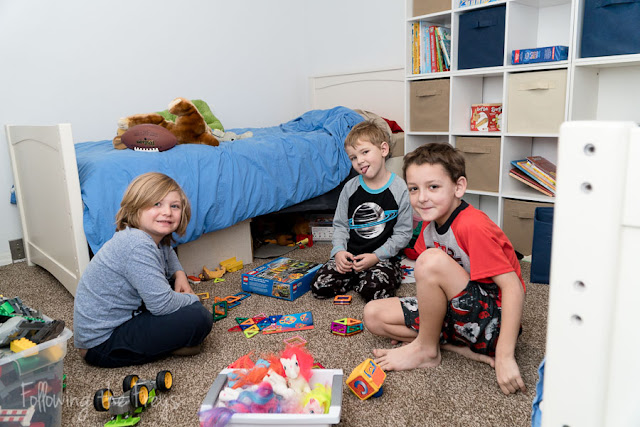 After my brothers left and it was just us and the grandparents, we checked out a few of the fun things Grand Junction has to offer. 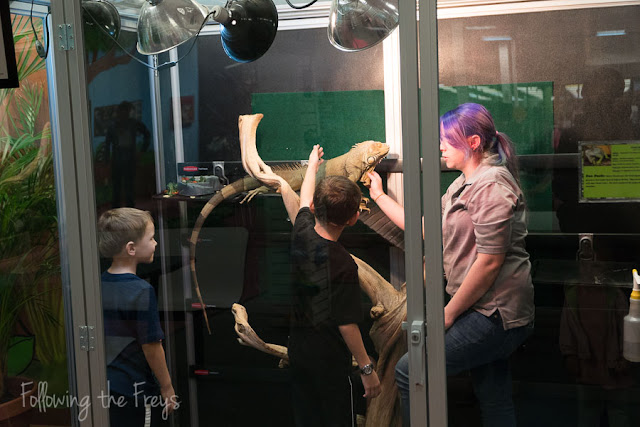 There is a neat place (in the mall!) called the Children's Nature Center, which offers a very educational hands-on tour of their reptile, amphibian and fish menagerie, including a massive albino python once owned by Michael Jackson and a rare pig-nosed turtle which is only found in the wild in Australia and Papua New Guinea. 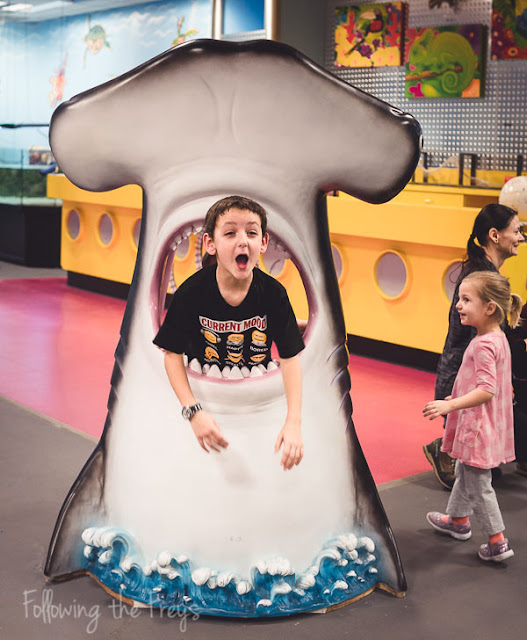 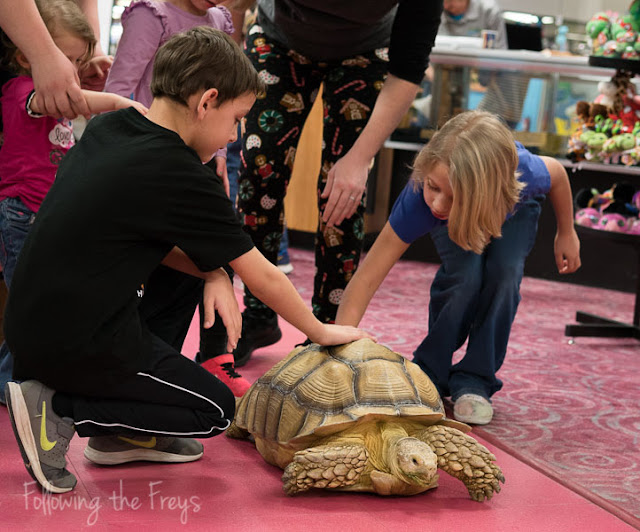 Yesterday afternoon we drove through the beautiful Colorado National Monument, which includes some of the mesas that surround the town of Grand Junction. 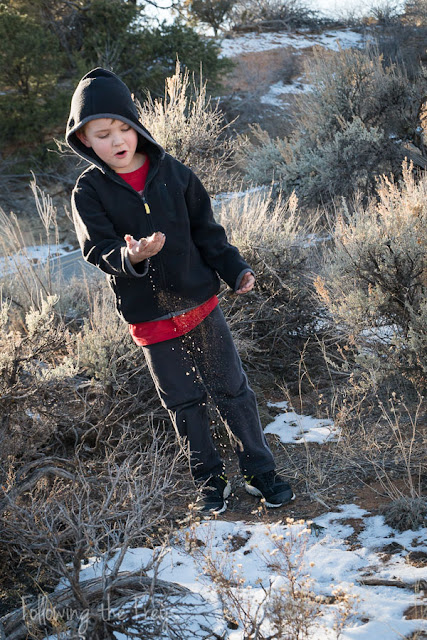 Up on the mesa there was a little bit of snow on the ground. 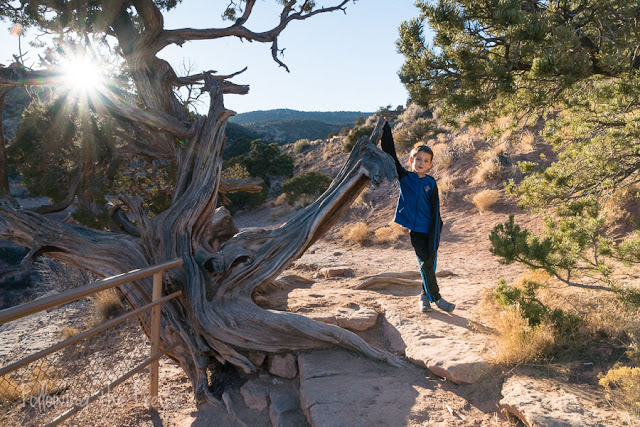 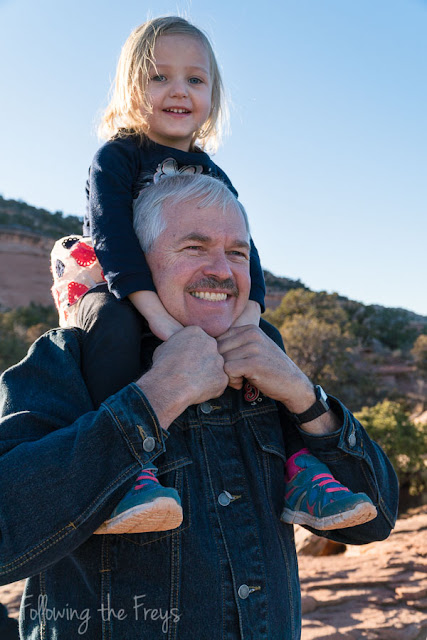 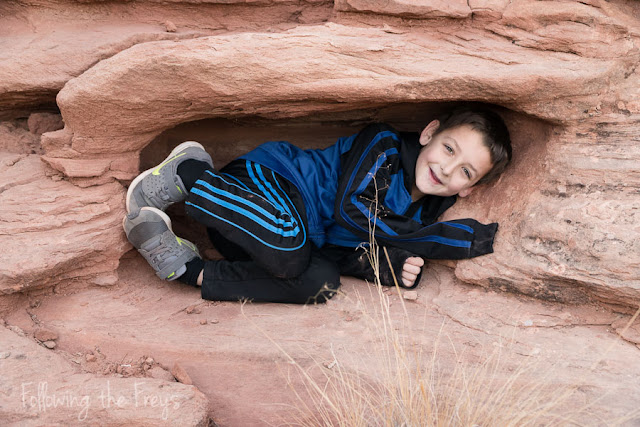 The boys were enamored of the rock formations 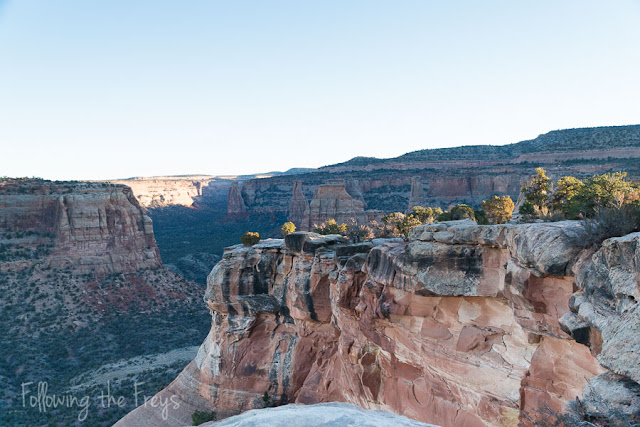 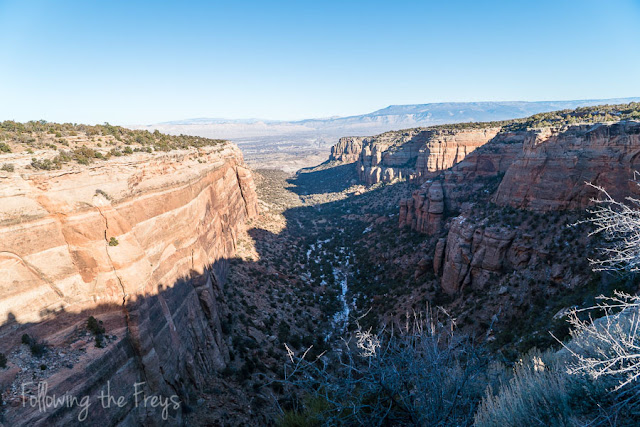