Photo Friday - Trip back to PNG!

I know - it's been a month since my last Photo Friday.  We have been just a teensy bit busy though...

Our last weeks in the States were a whirlwind of packing, cleaning and goodbyes.  For the sake of brevity, I'm going to skip that and just cover our journey back to PNG (which ended up being long enough in itself!).

Our first flight from Portland, OR to Los Angeles was uneventful (this was last Tuesday, the 27th). 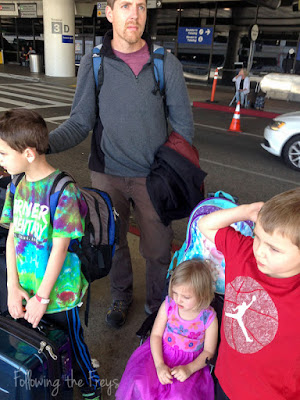 We had a planned 8-hour layover in Los Angeles, so here we are leaving the airport to go to a hotel.  We swam a bit in the pool, got cleaned up, and had dinner in a restaurant before heading back to the airport.

We already had our boarding passes for our 10:30pm flight to Brisbane, so we went through security at the international terminal.  We didn't have a gate assignment and we still had a few hours to wait, so we sought out the "LAX Beach" play area that we are so familiar with: 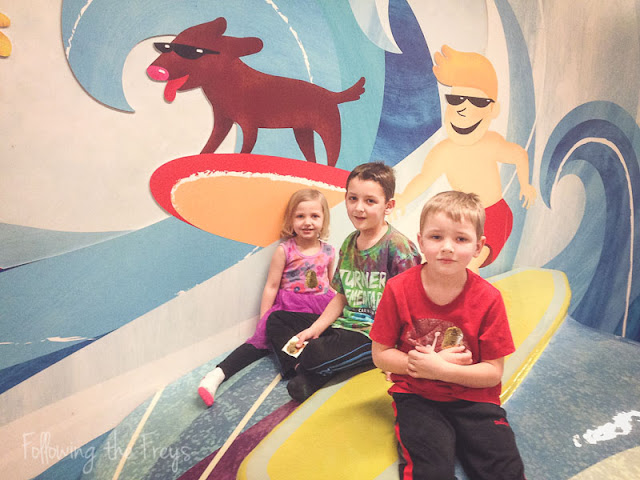 Honestly, this was a big evidence that so many people were praying for our trip.  This small play area should only have held our kids attention for an hour tops, but they played here happily for hours!  Which turned out to be a good thing, since Brian and I were kind of occupied...

Brian had wandered off to find out our gate number, and I was watching the kids play.  I checked my email, and my heart sank.  Our airline was informing us that our flight had been canceled, and that they had re-booked us on another flight 24-hours later!  I texted Brian to get back to us so that I could freak out just a little bit.

Okay... I freaked out more than a little.  Our itinerary was pretty close, and we knew that we would be arriving in PNG just in time to catch the last flight up to Ukarumpa before the four-day Easter weekend.  A delay in L.A. meant a much longer delay in PNG.

Can I just say how great my husband is?  I indulged in some appropriate emotions at this point, but Brian kept his cool the whole time.  Through literally hours and hours of emails, phone calls, and waiting and waiting in airport service counter lines, he was calm and matter-of-fact about the whole thing.  And I know that his attitude went a long way toward the generous hotel and food voucher allowance given to us by the airline. 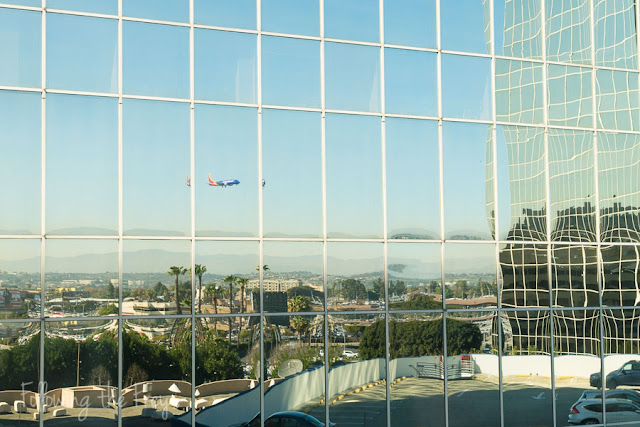 The view from our hotel in Los Angeles.  It was midnight before we checked in to the hotel, and we were exhausted.  The nice thing about not leaving until 10:30 the following night was that we could all sleep in, shower, swim in the pool, and have a couple of meals before going back to the airport.  The airline had arranged late checkout, so we didn't have to head back to the airport until 4pm. 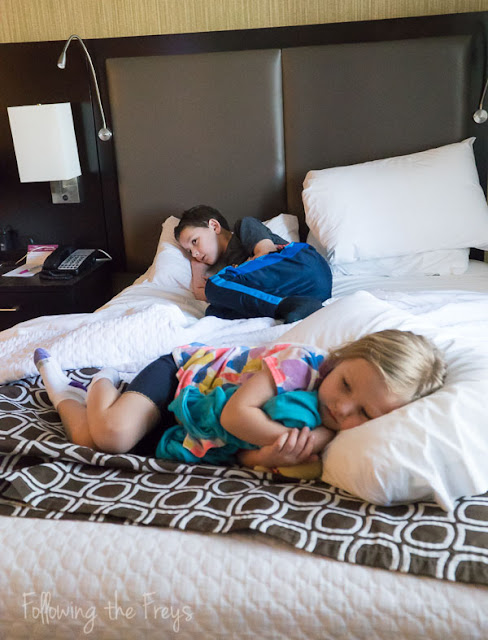 Watching TV at the hotel in L.A.

We scrambled to figure out what to do once we got to Port Moresby a day late.  It can often be difficult finding last-minute accommodation in the capital city that doesn't cost an arm and a leg.  Several of our friends from PNG were working on their end to help us out too.  Because of the time difference, we didn't have a final plan until the following evening before we boarded the flight to Australia.

Our aviation staff managed to find space to squeeze us onto a Tuesday flight going up to Ukarumpa, if we were willing to travel with just a minimum of luggage.  The rest of our suitcases would wait to come up the following day.

We were blessed to be able to stay at our organization's compound in Port Moresby.  Their three-bedroom transit flat is often booked by staff that are there for work, but it happened to be open for the Easter weekend.  It turned out to be a much needed time of rest and family time while we got over jet lag. 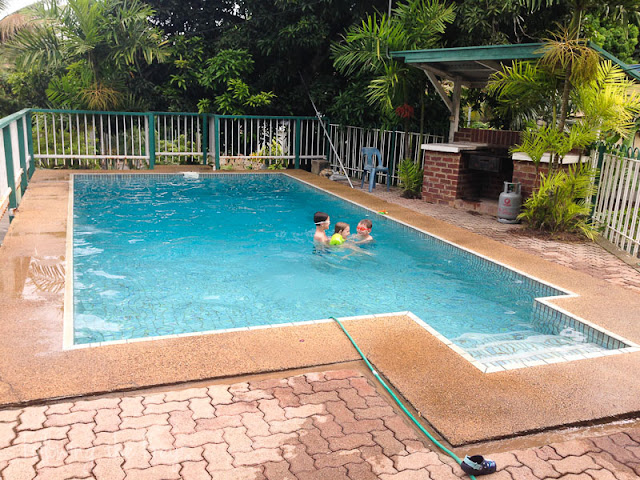 There was a small saltwater pool, which we used every day. 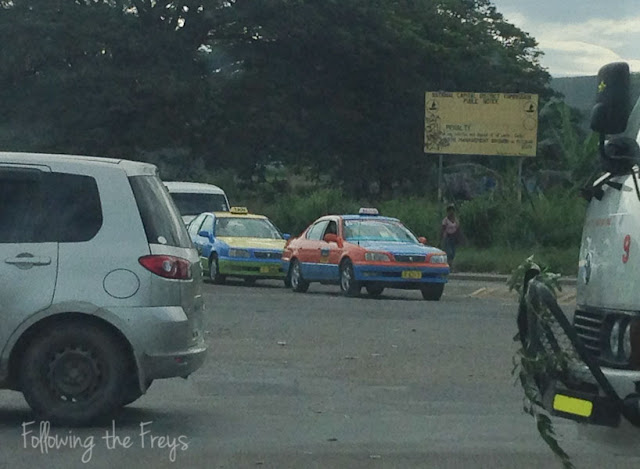 We were able to rent a vehicle to drive around town.  The boys loved playing the "taxi game" - counting the taxis that they saw.  Their record was 215 taxis on a single outing! 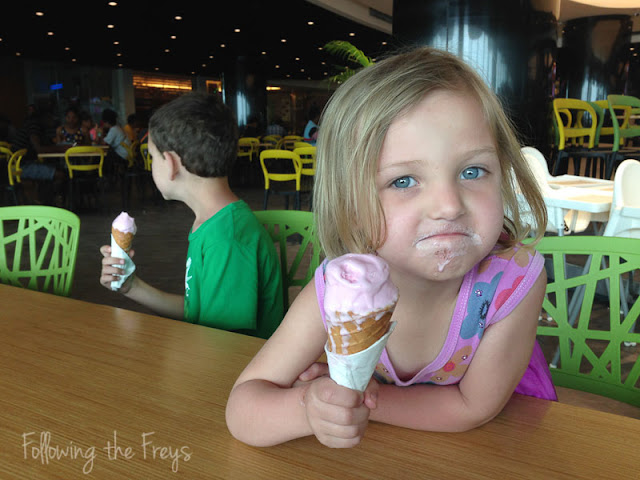 We were close to the Vision City shopping mall - the only big mall in the country, complete with escalators, food court, gelato, and a movie theater.  One day we took the kids to see Sherlock Gnomes. 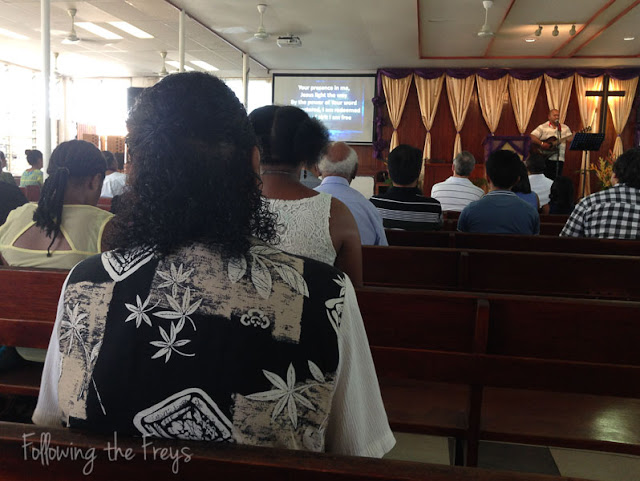 On Easter we attended Boroko Baptist Church... because it was the only Port Moresby church that we had heard about.  We knew people who had attended there, and we happened to sit next to the U.S. Ambassador during the service!

We also visited the Port Moresby Nature Park, which was very nice.  (It would have been nicer if our kids weren't suffering jet lag...) 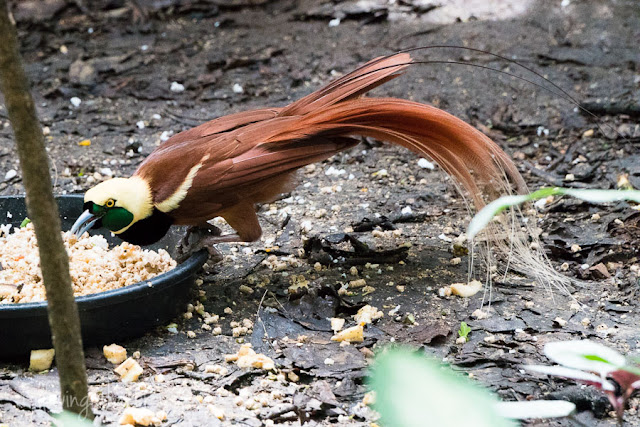 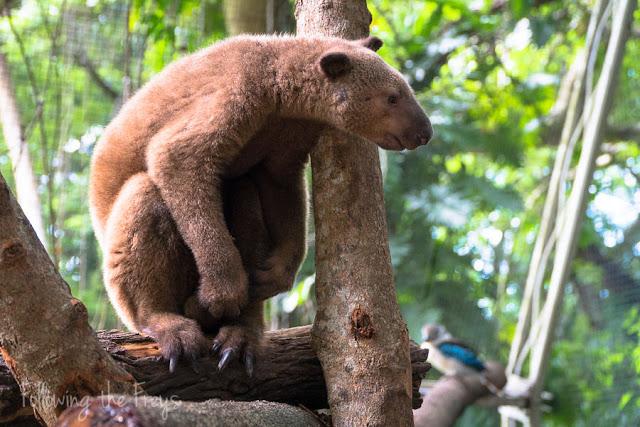 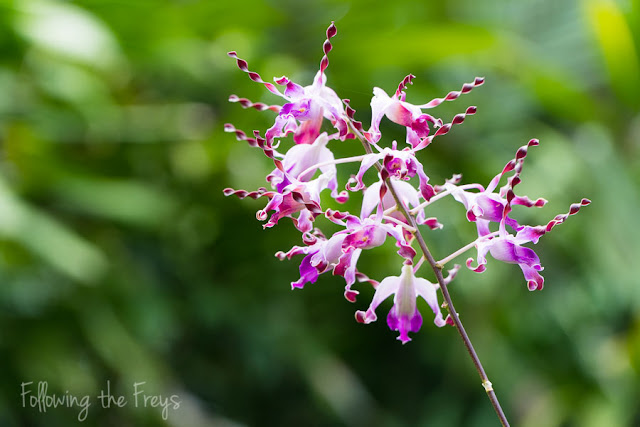 Back in the land where orchids grow everywhere! 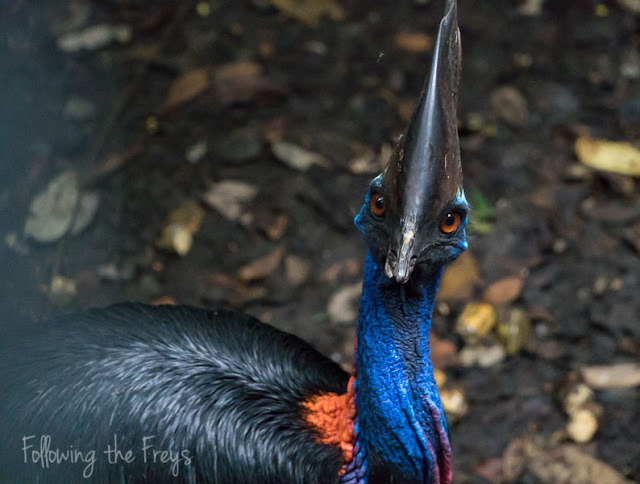 Cassowary says "what you lookin' at?" 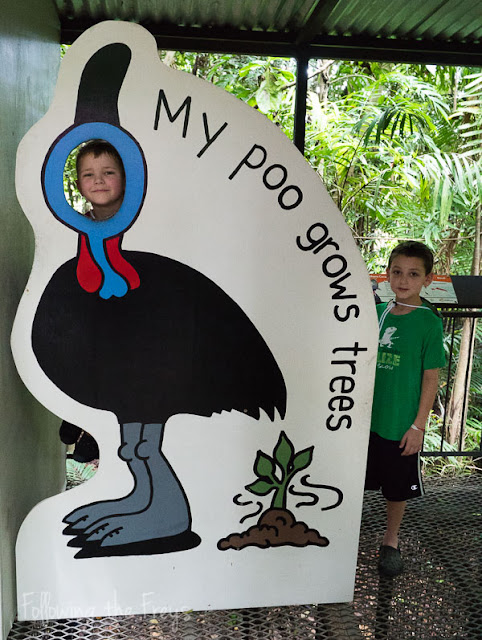 The cassowary's role in the ecosystem! 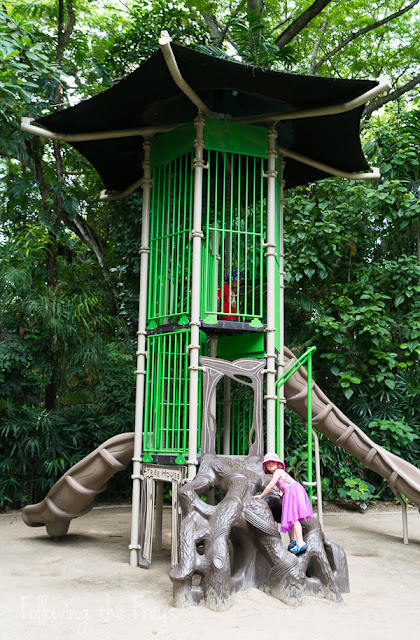 They also had a nice playground at the nature park. 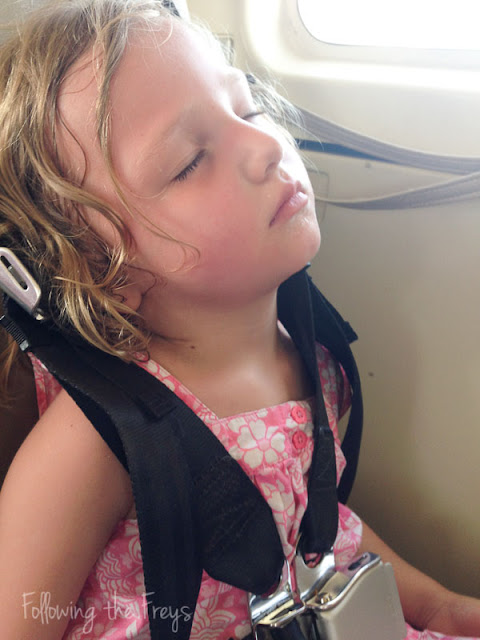 Finally on the Kodiak to go up to Ukarumpa!  (You're usually so grateful to get in the air because you get all hot and sweaty waiting to take off!) 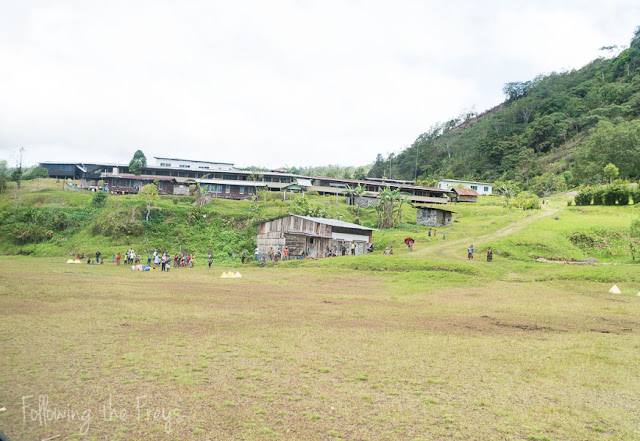 Along the way we stopped at another airstrip to drop off some medical volunteers at this small hospital. 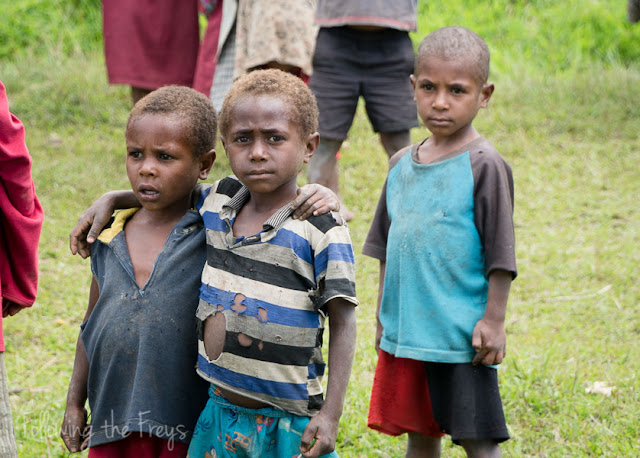 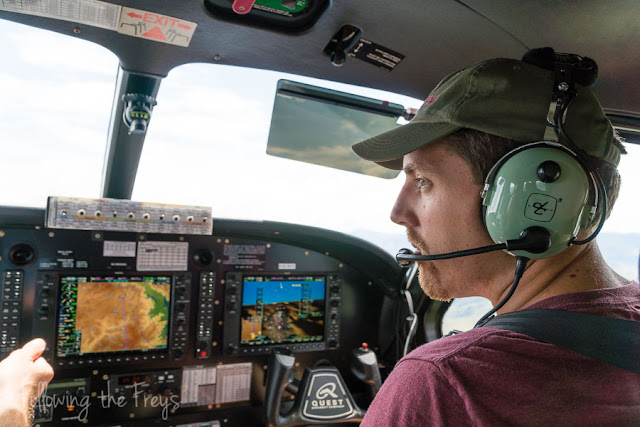 Brian always likes to sit in the front and talk with the pilot. 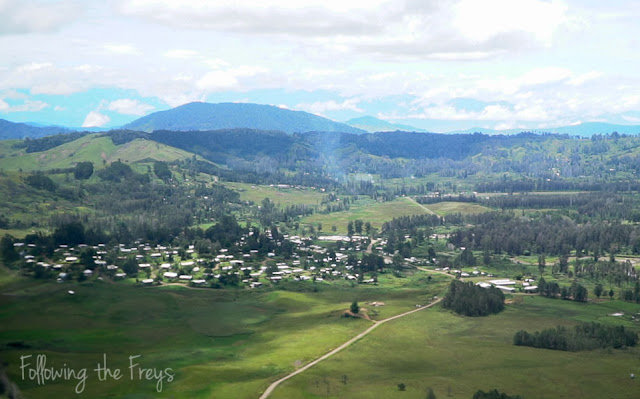 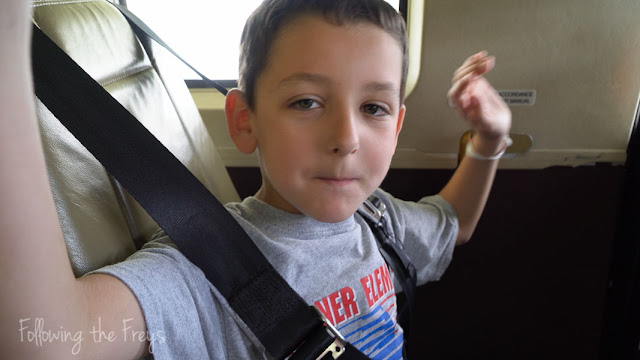 Greg's happy dance when he saw our house from the air.

The boys started school on Wednesday: 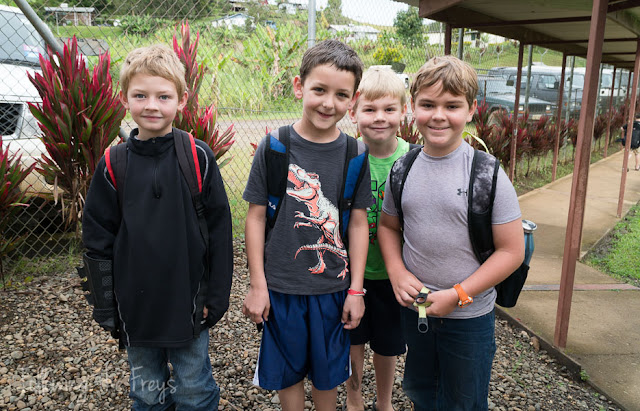 Some of Greg's friends were anxiously awaiting him at the gate when we arrived at school. 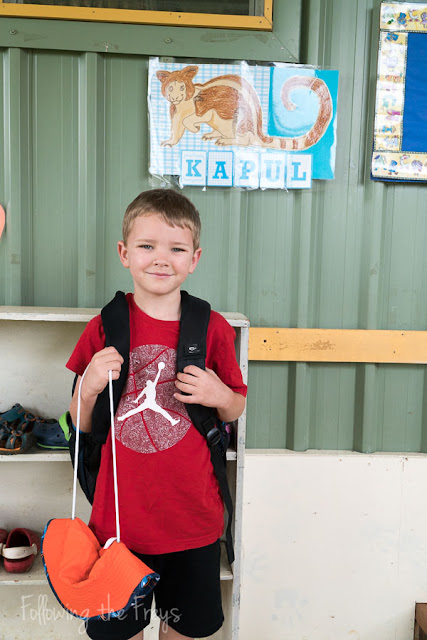 Caleb is finishing out the school year in Kapuls (4-yr-old preschool).  He has also been very popular, with at least three little boys who have been waiting for his return to PNG. 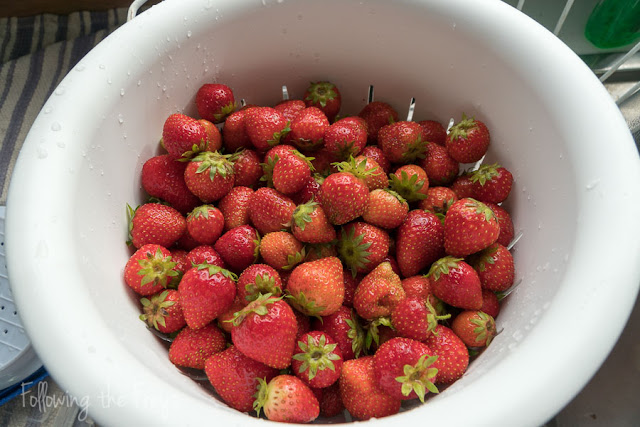 The kids were also very excited to be back in the land of year-round strawberries!

Well, the kids are up, and I need to go to market.  I've got a long day of cleaning and unpacking in front of me, so I'll leave this here.

Thanks for following along, and thanks for praying.  It's good to be home.