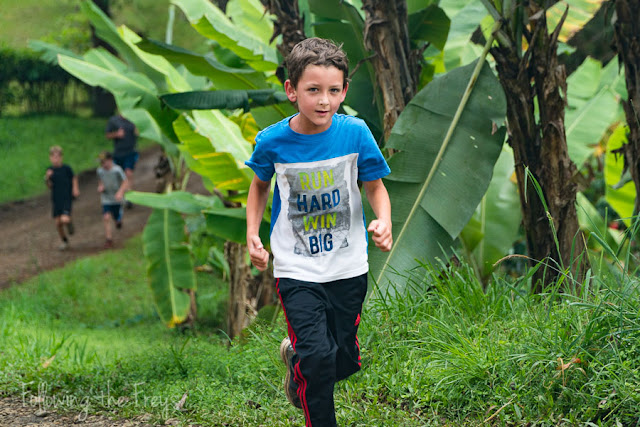 There was a community 5K run/walk last Saturday, and Greg decided the night before that he should run it with his dad.  It was his first 5K. 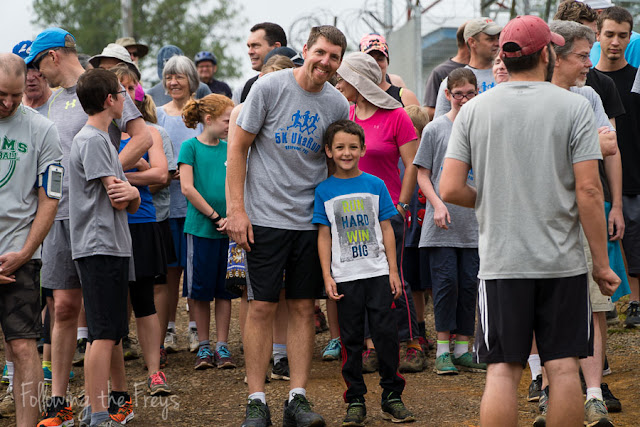 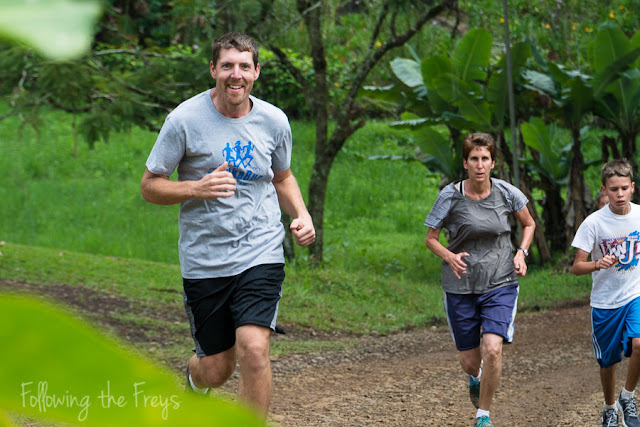 They both ran well (though Greg ended up beating Brian by a whole minute...)

For Mother's Day we went out to lunch in Kainantu (no photos).  Later in the afternoon we build a fire in the backyard and roasted marshmallows: 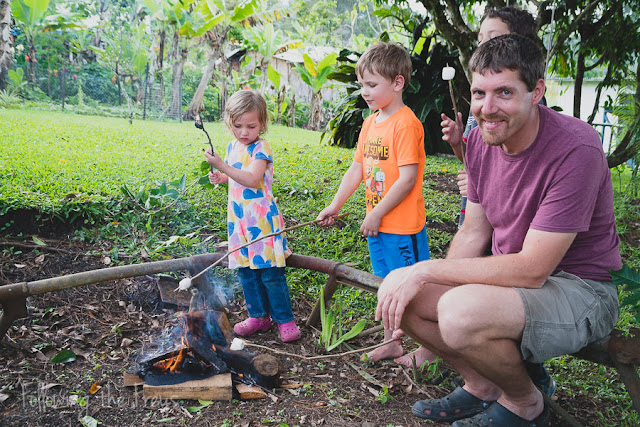 Brian went on a three-day trip to Lae.  If you were around him for more than 20 minutes on furlough he probably showed you pictures on his phone of our new rugged cargo truck.  Brian has been training the drivers on all of the new truck's features, including an automatic transmission, which is rare in PNG and an electric retarder for going downhill.  He wanted to accompany the guys on their first trip down to Lae so that he could answer any questions. 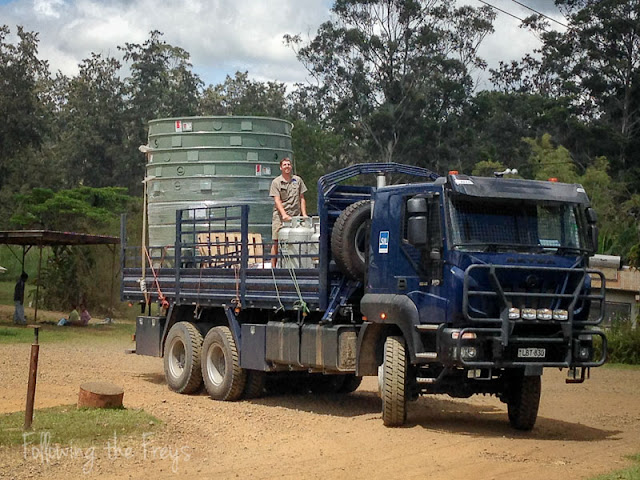 When Brian texted me on Wednesday to ask me to meet the truck when it arrived, I did not expect to see him standing in the back! 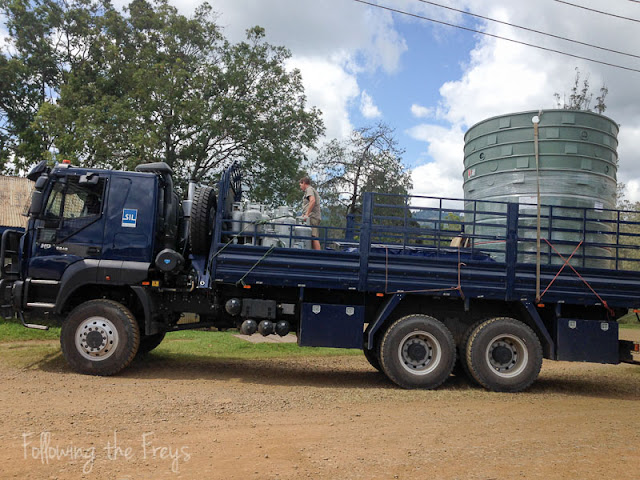 Apparently he only rode back there for the last 20 minutes to check for low-slung power lines, due to the height of the water tanks they were hauling.  He claims the cargo gets to ride a lot smoother than the crew on the bumpy roads!


The High School is having their annual Sports Day, a track and field event.  Greg likes to watch the races, but it wasn't long until he was distracted by the lure of foursquare, which is the hottest recess game from what I can tell. 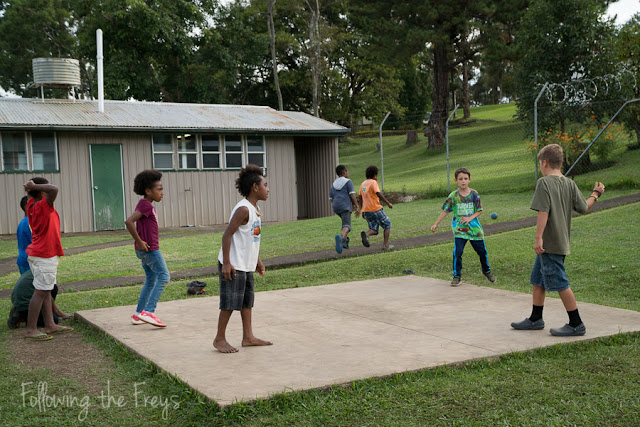 When I was a kid, we played foursquare with big red rubber balls, but here it is played with racquetballs, and there is a ton of specialized lingo that has developed over the years.  I rarely understand Greg when he talks about playing.

Kate loves the cage on the back of our truck.  She uses it as monkey bars, and after each trip in the truck we are commanded to watch her "tricks", which are usually the same two things over and over again. 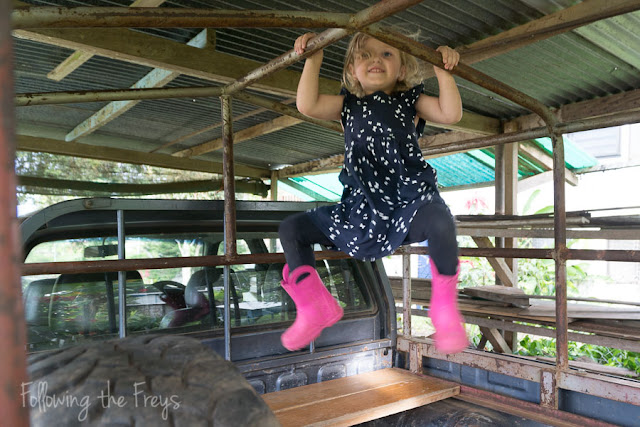 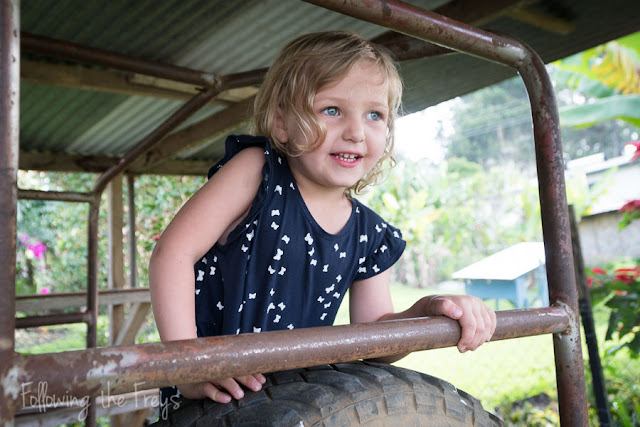 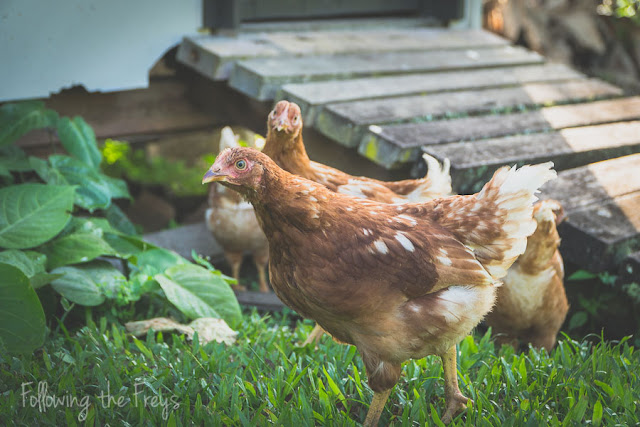 And here are our four little red hens.  My mom was wondering how they were doing, so this photo is for her.  They're eight weeks old now.

Thank you for another informative website. Where else could I am getting that type of info written in such a perfect means? I’ve a undertaking that I am just now working on, and I have been on the glance out for such info. Power Harrow

I’m happy I located this blog! From time to time, students want to cognitive the keys of productive literary essays composing. Your first-class knowledge about this good post can become a proper basis for such people. nice one get there